5 Great Audiobooks for Your next Road Trip 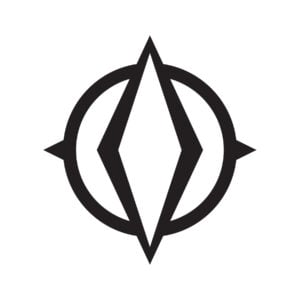 We’re in the road trip business.

Technically you can say that we are a manufacturer of recreational vehicles, but at the core of it, we are in the business of creating the perfect vehicle for you to take the road trips of your dreams.

Being on the road is exhilarating, but there are times on a long trip when we need something for our brains beyond sightseeing, conversation, music or talk radio. That’s when we like to turn to audiobooks; the perfect option for spending time behind the wheel that not only feeds your brain but also your soul.

A while back we turned to our Facebook page and asked Leisure Travel Van owners for their favourite audiobooks for long road trips. We’ve added them below, along with a few of our own. We hope you take the time to stream, download or play one of these on your next trip.

This comes from an LTV owner, who stated that all of Sedaris’ books are hilarious, and his narration only makes them funnier. Sedaris has been called America’s Favourite Humorist by Time Magazine, and we think you’ll love this collection of tales and short stories surrounding the Christmas season. It’s perfect for a long fall trip as we begin to think about the Holidays, and the short story format keeps things fresh, particularly if you’re making regular stops.

You’re probably familiar with the classic movie starring Audrey Hepburn, but the audiobook, narrated by Michael C. Hall, brings the story into an entirely new light. A tale that’s funny, heartwarming and engaging for both men and women, relive this Truman Capote classic on your next trip. Capote’s book is actually a novella, which makes it great to stay alert on a short trip.

A Farewell to Arms – Ernest Hemmingway

What better way to celebrate the spirit of adventure than a selection from one of America’s greatest adventurers. Narrated by John Slattery (Mad Men’s Roger Stirling), A Farewell to Arms is set during the Italian campaign of the First World War. The novels were based on Hemmingway’s own experiences in Italy during The Great War and is considered an American literary classic. Slattery’s narration ads extra flair, making for a great listen. It also runs well over the 8-hour mark, making for a great selection on a day-long trip.

I Am Pilgrim – Terry Hayes

An exciting thriller and spy novel, Terry Hayes’ debut novel is centered around an intelligence agent who wrote a book about forensic pathology, who becomes involved in a case where his own book is being used to commit unsolvable murders. Another selection from LTV owners, I Am Pilgrim tells the kind of story that makes you want to push your drive a little further, just so you can find out what happens next.

We’re pretty big fans of Willie Nelson, although it’s generally more of the musical side of things, as opposed to his writing. In the Texas Troubadour’s biography, Willie lays out his hardscrabble life story, and his career laid out bucking the Nashville machine. If you’re even a casual fan of his music, On The Road Again is the perfect road trip companion. It will feel like Willie is riding shotgun!

Do you have a favourite audiobook that we missed? Let us know in the comments below!