Beat the heat with nano-ceramic technology 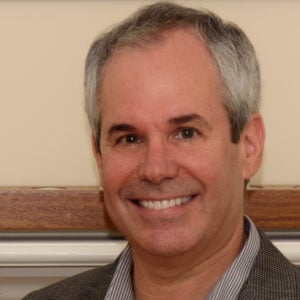 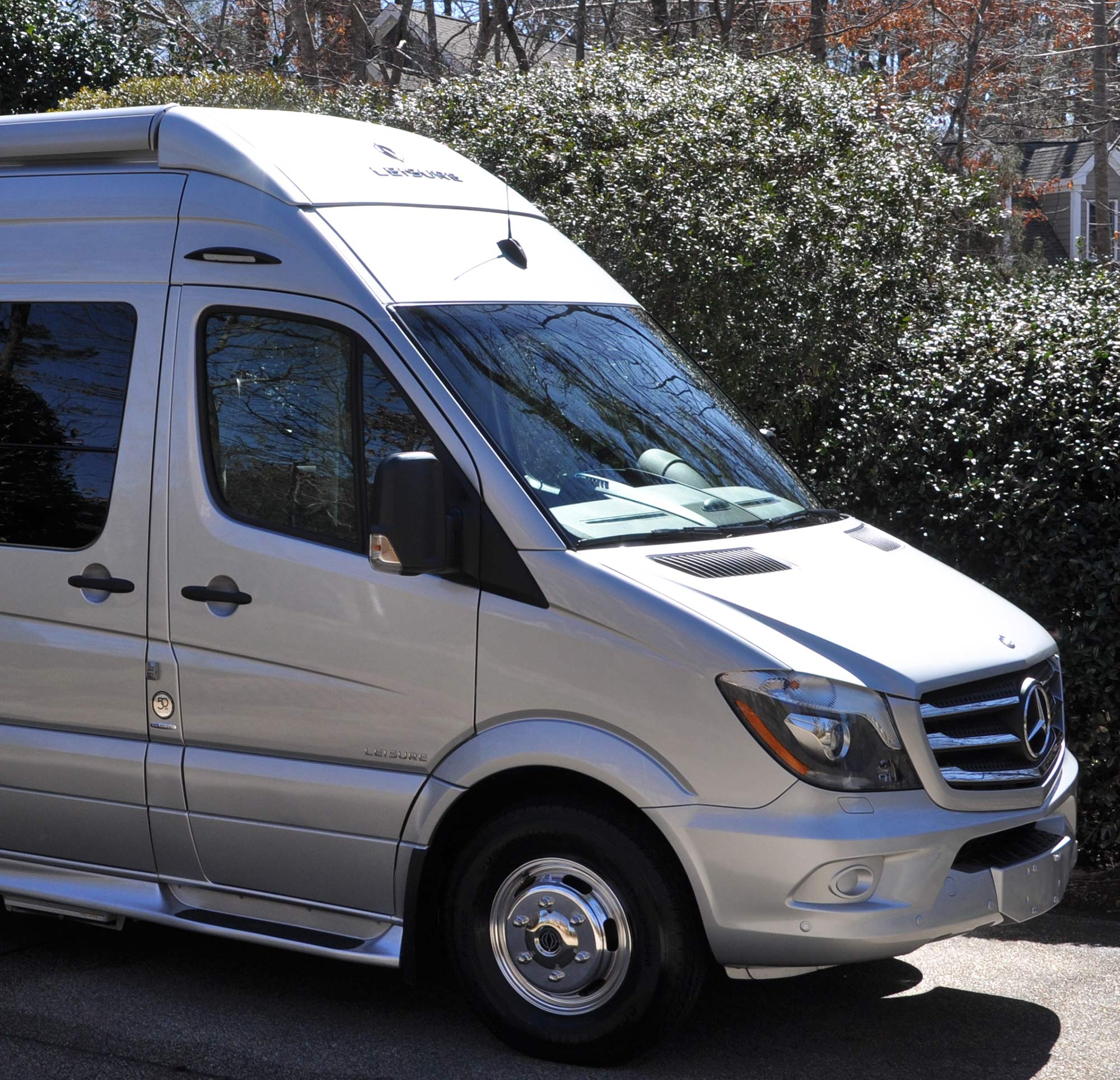 One of the features I like the most about our motorhome is also one of the features I dislike the most: the cab windows. The good part is easy to appreciate when you’re driving down the road, since the large windows provide an extraordinary panoramic view. It’s a little like an IMAX screen is displaying the landscape and sky all around you. Combined with the high seating position, the driving sensation is almost a bird’s-eye view in motion.

So what could be bad about that? Just one thing: heat. The Mercedes Benz Sprinter cab windows – the windshield plus the two side windows – add up to about 50% more window space surrounding the driver and passenger than the windows in the front of a large SUV. That’s a lot of heat buildup in the cab as you’re driving on a sunny day, and the air conditioner has a hard time keeping up.

To understand the problem and the solution, you need to know just a little about the physics behind heat accumulation inside a motorhome. About half of the heat in sunlight comes from infrared light, and most of the other half comes from visible light, which also generates heat when it is absorbed by an object. Ultraviolet (UV) light is the third component of sunlight’s radiant energy, but it doesn’t contribute to heat. When all of this solar energy reaches a window, some is reflected outward and some is absorbed by the glass; the rest is transmitted inside. The three Sprinter cab windows do very little to reflect or absorb those two kinds of heat-generating light, although some of the UV spectrum is blocked by glass. Three additional windows in the coach area are made of privacy glass, tinted grey to reduce some of the visible light transmission, but most of the infrared light still penetrates.

In short, the six large motorhome windows are a major cause of interior heat buildup while driving on a sunny day. To make matters worse, cool air from the dashboard vents does not stay confined to the cab area, so the air conditioner and fan have to work especially hard. The cooler air rolling back to the coach is definitely not enough to keep that area cool on a sunny day, and so the coach gets quite hot at the end of a long summer drive. Yes, there is another air conditioner in the motorhome which could certainly help offset the heat accumulation, but you would have to run the propane generator to power that coach air conditioner while you’re driving.

However, there’s a much more energy-efficient solution than running those air conditioners full blast: reduce the solar energy that is being transmitted through all these windows. The most practical way to do that is to install a window film that is designed to reject heat, either by increasing the reflection of light or by re-radiating the absorbed energy outward. These films generally have some degree of tint to them, and there are laws (that vary from state-to-state) regulating how much you are allowed to reduce light transmission. Any tinted film installed on the windshield must have very little reduction in visibility, for obvious reasons, but the side windows are usually allowed a greater degree of tint. 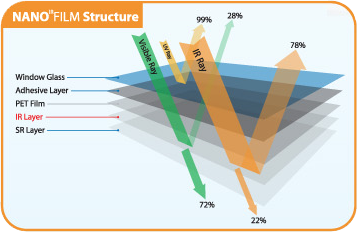 I have never had automobile windows tinted, so I talked with professional window film installers about various commercial solutions. The top recommendation by everyone was to go with “nano-ceramic” technology, which is very effective at reducing the transmission of solar radiation (infrared, visible light, and UV). Unlike the more common metal-based window treatments, these nano-ceramic films do not interfere with electronic devices (mobile phones, GPS, etc.). FormulaOne, Llumar, Hüper Optik, and 3M all manufacture nano-ceramic films, which are custom-cut by the installer to fit invisibly on the inside of the windows. A reputable installer (like ours, AllPro Window Films in Raleigh) will also recommend only what is legal in your state for windshield and side window tinting. For our windshield, we installed Llumar Air 80, which rejects 43% of the total solar energy while transmitting 78% of the visible light. For our side windows, we installed FormulaOne Pinnacle Ceramic 40, which rejects 53% of the total solar energy while transmitting 43% of the visible light. Both films block more than 99% of the UV transmission to the interior, and this should help travelers who sunburn easily as well as limit fading of interior materials.

I’m happy to report that this strategy appears to be rather effective: we have noticed that the cabin area stays cooler on sunny days and that our engine’s A/C fan needs to run at a lower speed. Coach heat buildup during daytime driving also seems much less severe, though I admit that no carefully controlled experiment has been done. But these are not subtle differences: the sunlight-drenched dashboard gets a little warm but not hot like before, and other sun-exposed surfaces – especially the seats and sofa – stay relatively cool to the touch. The daytime and nighttime driving visibility seem unaltered. In fact, the only time I’m visually reminded that the film is installed is when I’m looking through the windows with polarized sunglasses, which sometimes generate transient rainbow colors when the sun is at certain angles.

Window film is not inexpensive, so I’m not sure how common this solution is. There are certainly many people who have noticed the difficulty of controlling motorhome cab and coach temperatures in sunny weather. It is probably not worth the expense for those whose RVs stay parked in the shade most of the time. But if your motorhome use includes a significant amount of time on the road, then this is one vehicle mod that will be very noticeable – even though it will be essentially invisible.

Bill Goldman works full-time at a research university but looks forward to traveling in his 2015 LTV Free Spirit SS. Photos and videos from those trips are on his website, along with blog posts about his experiences as a new motorhome owner (https://www.vanscapes.net)