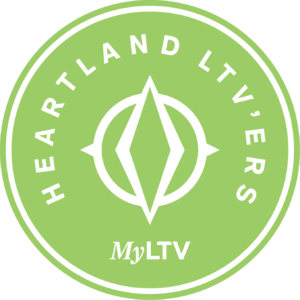 The Heartland LTVers gathered for our 2019 Fall Rally at Mark Twain Lake, Missouri. More specifically, we reserved the John C. Briscoe Group Camp from October 3rd through the 6th. Mark Twain Lake is a large reservoir fed by the waters of the Salt River in northern Missouri. A variety of recreation areas line the lake, including Mark Twain State Park on its western edge. The Army Corp of Engineers operates four campgrounds. There are also several state recreation areas in addition to a state park near the boyhood home of Mark Twain (Florida, Missouri).

We had a total of 13 LTVs and 24 people for this rally. There were familiar faces and also new members. We were joined by members of the Leisurely Great Lakers and other LTV Travelers Clubs, and Kim and Paul from Manitoba joined us for a second rally this year.

Thursday night we served Amana Bratwursts provided by LTV. Potluck items to accompany the brats were provided by the group. On Friday night we had a “soup supper” with at least seven types of soup for everyone to try. It was also interesting to see how each soup was prepared. There were several in Instant Pots, at least one crock pot, one cooked in cast iron over charcoal, and more. LTV provided crackers, cheese, and other sides to go with our yummy, delicious soups and stews. After dinner each night we gathered for a fire around a massive fire pit. S’mores were available for those who wanted to toast marshmallows over the cozy fire. 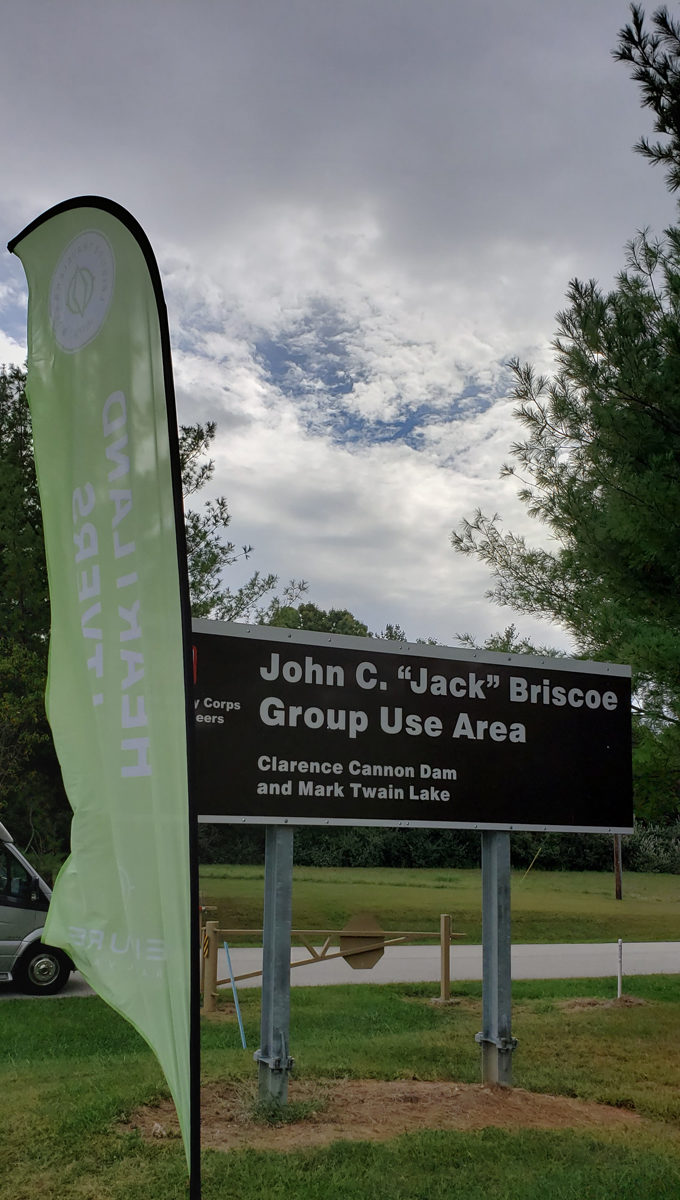 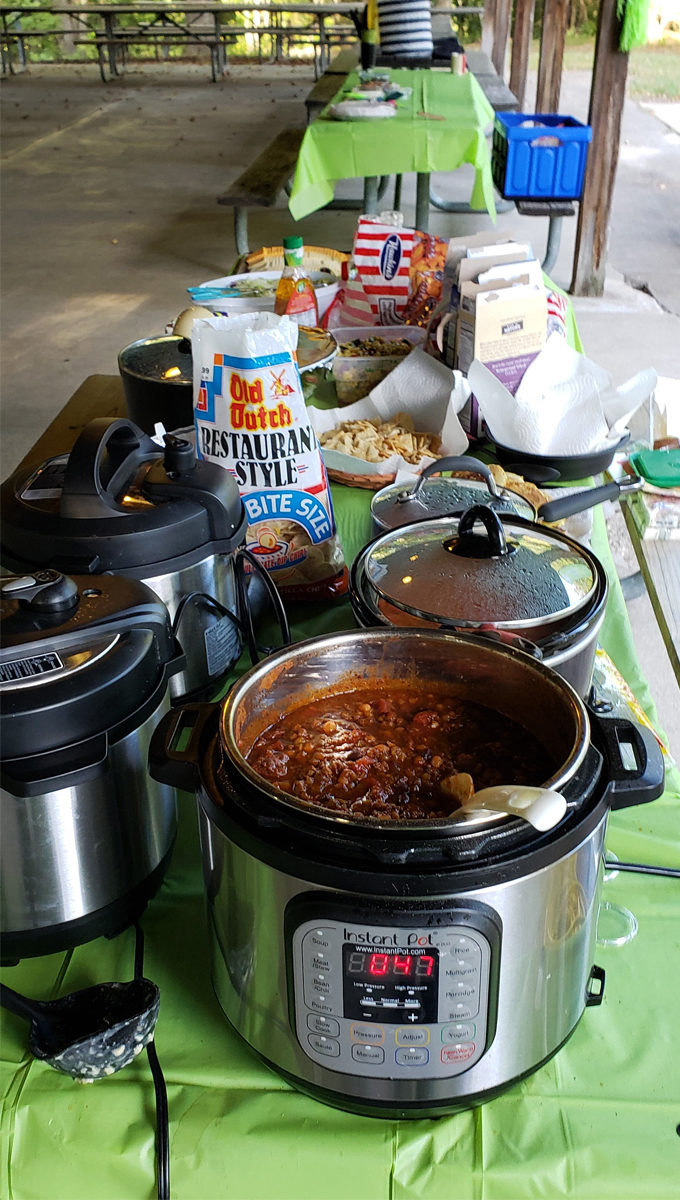 During the days, we chatted, met new members, and caught up on the travels of those we had met previously. Some took advantage of the delightful weather to ride bikes, walk, or hike. Several people visited the nearby M.W. Boudreaux Memorial Visitor Center.

Each morning we had coffee and pastries provided by LTV. On Saturday morning, Rick and Chrissy Schneider also made biscuits and gravy in cast iron over a fire. Saturday night we dined at the Rustic Oak Cabin Steakhouse, just a mile or two from our campground. LTV provided blackberry or peach cobbler à la mode for dessert. 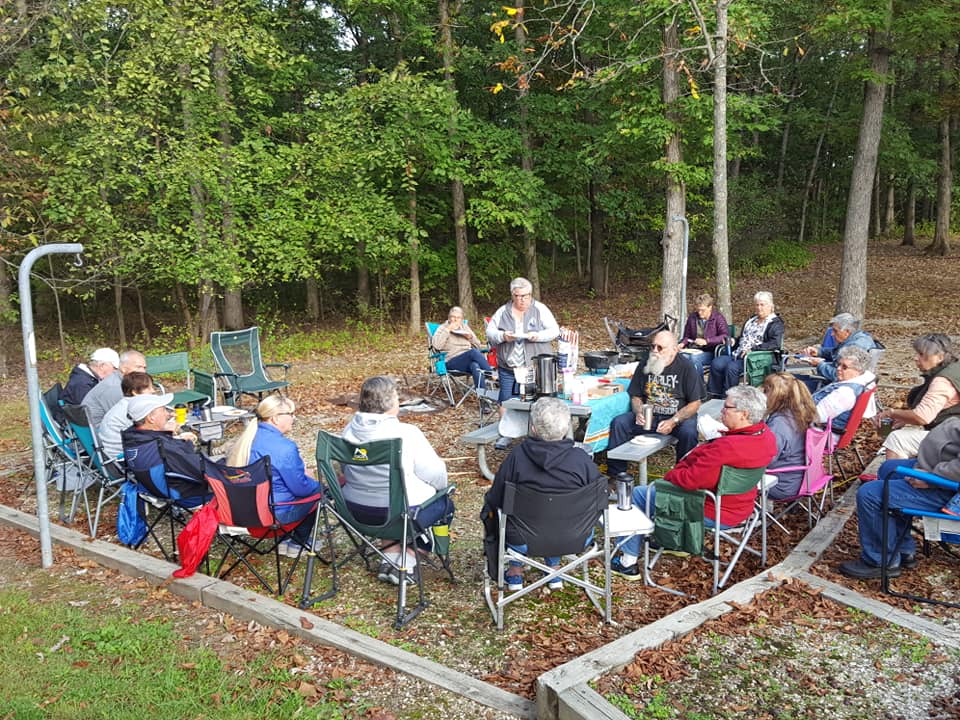 One of the reasons we chose to have dinner at a restaurant our last night was because four of the 13 LTVs headed out Sunday morning to make our way to Albuquerque to join a group of 70 LTVs attending the 48th Annual Balloon Fiesta. We headed across Missouri, staying the first night at Canning Creek, an Army Corp of Engineers campground near Council Grove, Kansas. There we met Tim and Carol from Topeka, who joined our “caravan” to Albuquerque. The second night we spent in Liberal, Kansas at the county fairgrounds. We stopped for lunch in Tucumcari, New Mexico and spent our final night at Rocky Point Campground near Santa Rosa Lake, New Mexico. There we met up with several other LTVers from Minnesota, South Dakota, Nebraska, Georgia, and California who were all joining us to see the balloons. It was a special treat to meet John and Kathy, who were able to come when one of our members had to cancel. It was even more special to find out they had a history of ballooning. 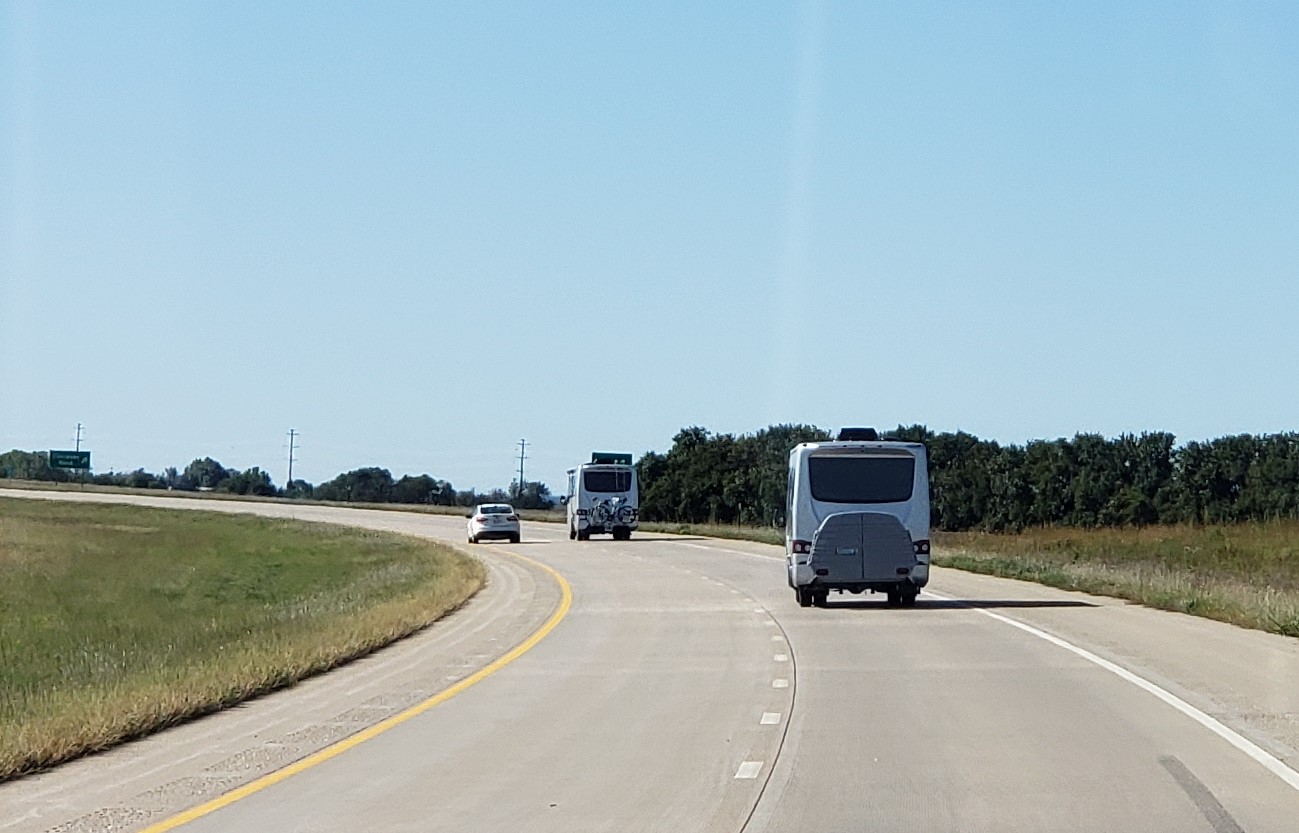 Thank you to Bruce and Patty and Angie and Sam, and the others who made sure that our campground was neat and tidy since Andy and I weren’t able to stick around until everyone had headed home. We are so fortunate to have a great group who volunteers and helps out when needed.

Our “LTV family” continues to grow! It is such a joy to spend any amount of time with these wonderful people. We hope that others will consider joining us in 2020!