Journey to the Center of Quebec

Join us to a unique region of the Province of Quebec where rolling hills gently rock your motorhome, where beautiful vistas leave you awestruck and where you can stop at small towns to sample award winning cheeses and wines and picnic under a large oak tree. And if your digestive system can still bear it, stop at the birthplace of “poutine”, a local delicacy expanding its artery hardening roots across North America (but more on this later). Welcome to Centre-du-Québec, a region set about 1hr30 from Montreal and 1hr from Quebec City, bordered by the St. Lawrence River and the Eastern Townships.

Cycling by the St. Lawrence

Our first destination was a campground at Deschaillons-sur-Saint-Laurent, which would become our home base for some beautiful bike rides bordering the St-Lawrence River. The campground is literally on the water; our front bumper was about ten feet from the shore. 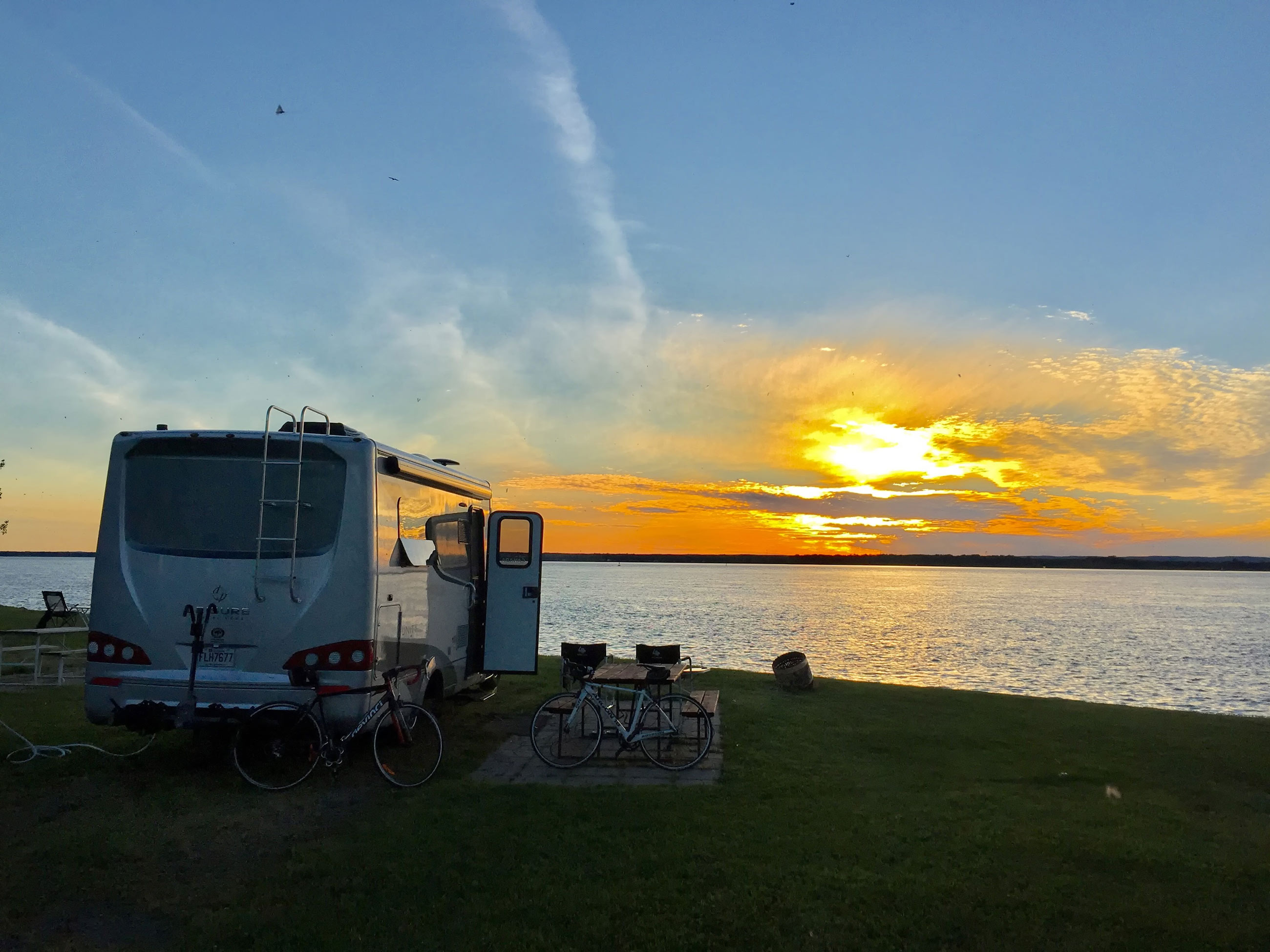 Be aware that there is a very steep hill at the entrance of the campground, which descends to the waterfront sites. This hill is surfaced with loose gravel and is best climbed on foot to reach the main road. Heading east on route 132 we stopped at La Tomaterie in Saint-Pierre-les-Becquets for a sample of their fine foods in their lovely boutique. We couldn’t resist the chicken and veal meat pie and other treats and carefully placed them in our backpack for the ride back. This place will be an inescapable stop next time we are in the region. Although route 132 is a main road, there is ample room to ride on the roadside shoulder.

If biking is not your thing, take the scenic “Route des Navigateurs” along the St. Lawrence River to discover quaint riverside villages, and explore the region’s fauna and flora at the Centre d’interpretation de Baie-du-Faivre and various boardwalks along the River. 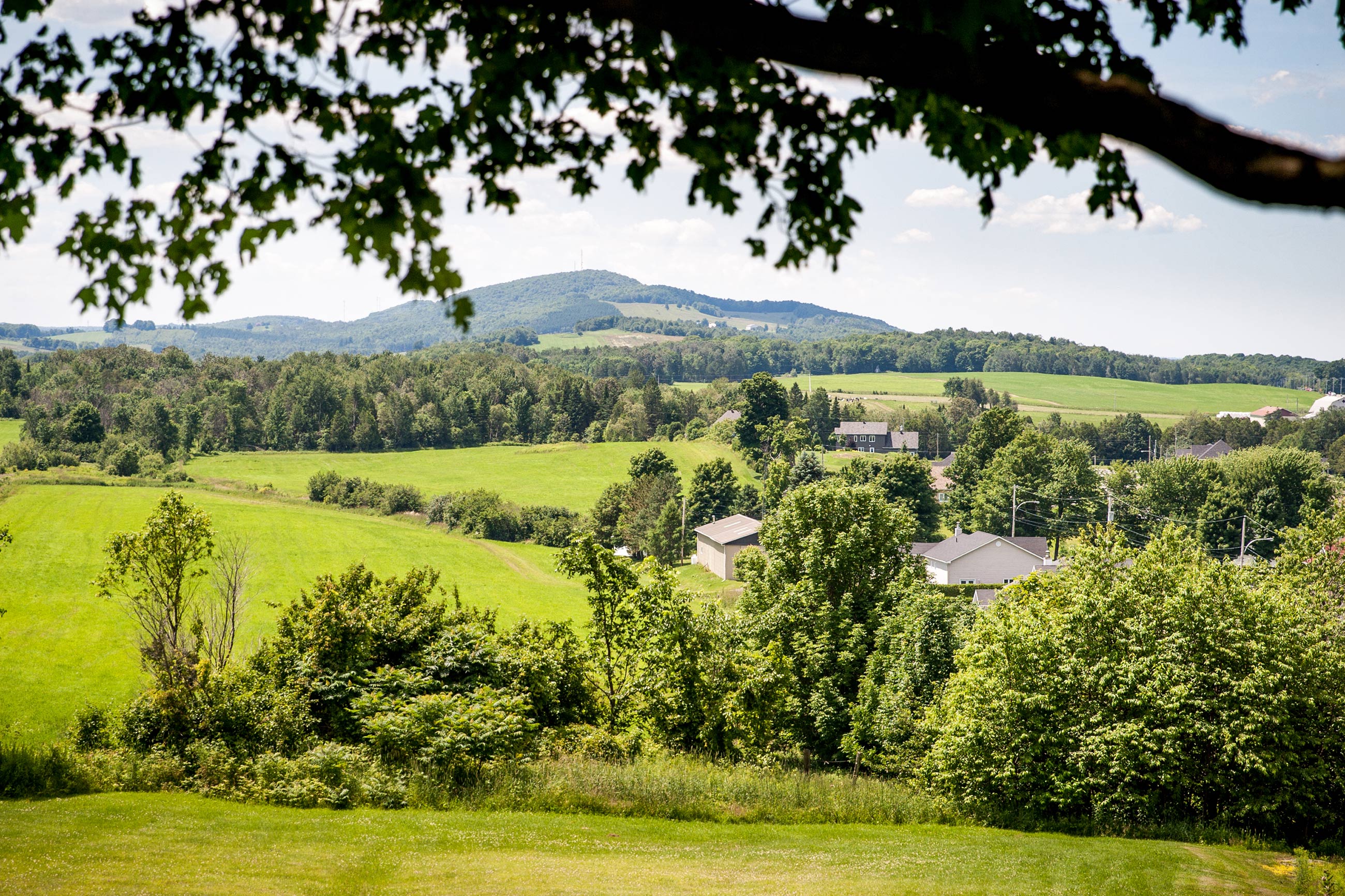 We packed up and headed southeast where the foothills of the Appalachian Mountains appeared on the horizon and the views were just spectacular. Many of the hills are used as farmland, which brings a unique look to the landscape. Horses and cattle gently graze the hilly landscape, occasionally lifting their heads as a way to acknowledge our presence. One should not be in a hurry on these roads: Farmers and their equipment are often present, which leaves plenty of time to take in the scenery. 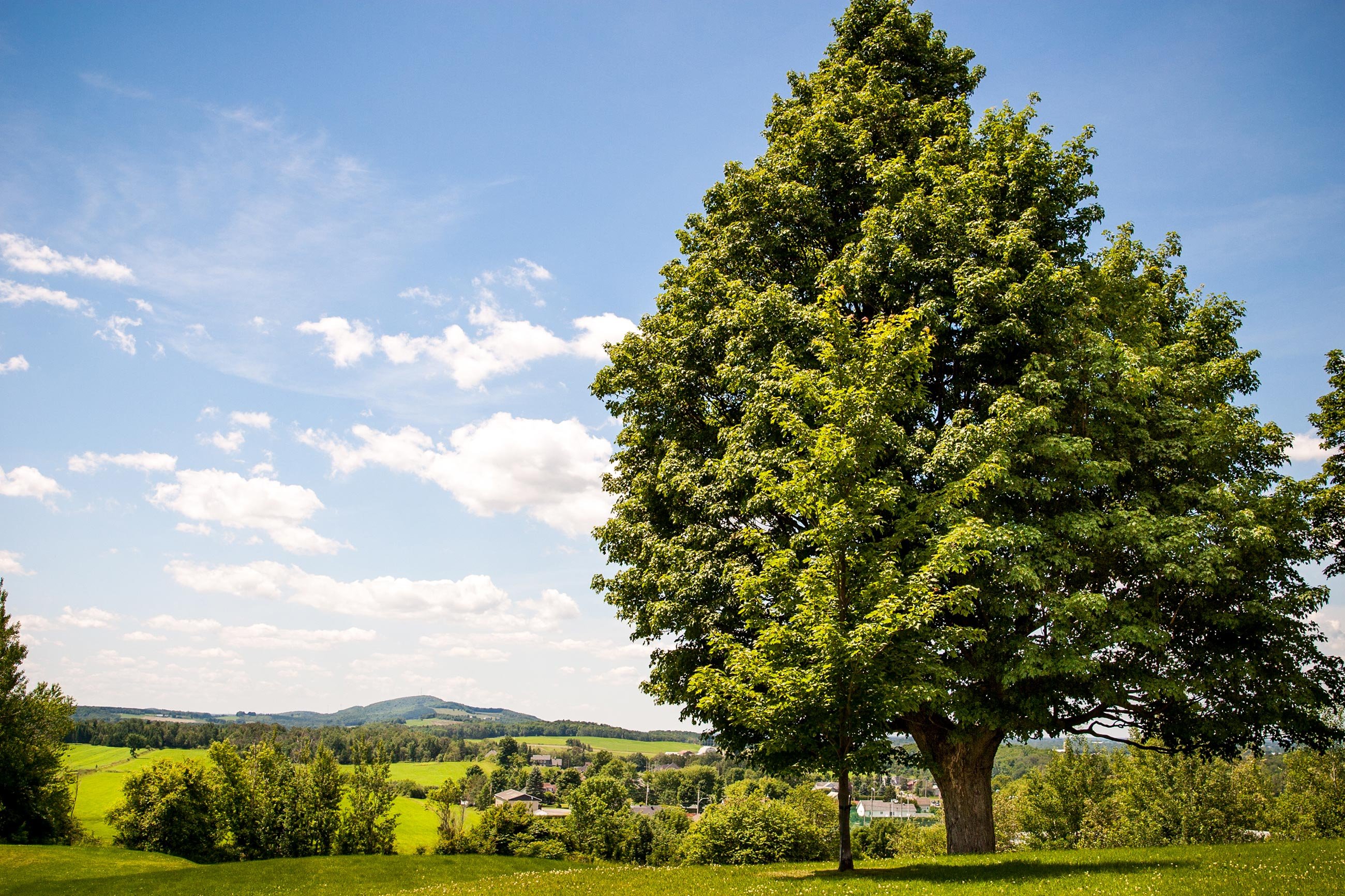 As a sidebar, if you noticed that many towns are named after a Saint, blame it on the French. A research in the history of Quebec’s toponymy allocates this particularity to French settlers as far back as the 17th century when much of the Province’s colonization resulted in the founding of missions and parishes. Consequently, in all the inhabited regions, religious names were already quite numerous at the end of the eighteenth century and well into the 19th to a point where some towns shared the same name (up to ten times in some cases)!

Back to our journey, we took Rte. 263 from Princeville to Saint-Norbert-d’Arthabaska and further south to Saint-Fortunat. There is a beautiful church in St. Norbert, perched at the top of the hill, overlooking the region. Stop in the parking lot for a quick lunch or snack and marvel at the scenery while sitting under a majestic oak tree. At Saint-Fortunat watch for the scenic view panel, which leads to a hilltop tower offering a unique 360 degree view of the region where, on a clear day, you can see as far as the Green Mountains of Vermont. The road leading to the trailhead is quite narrow and although there is some room for a motorhome like our LTV Unity to turn around at the dead end, this maneuver can become impossible with the presence of other vehicles. The remainder of the trail is on foot, on a gentle slope, for about half a kilometer. 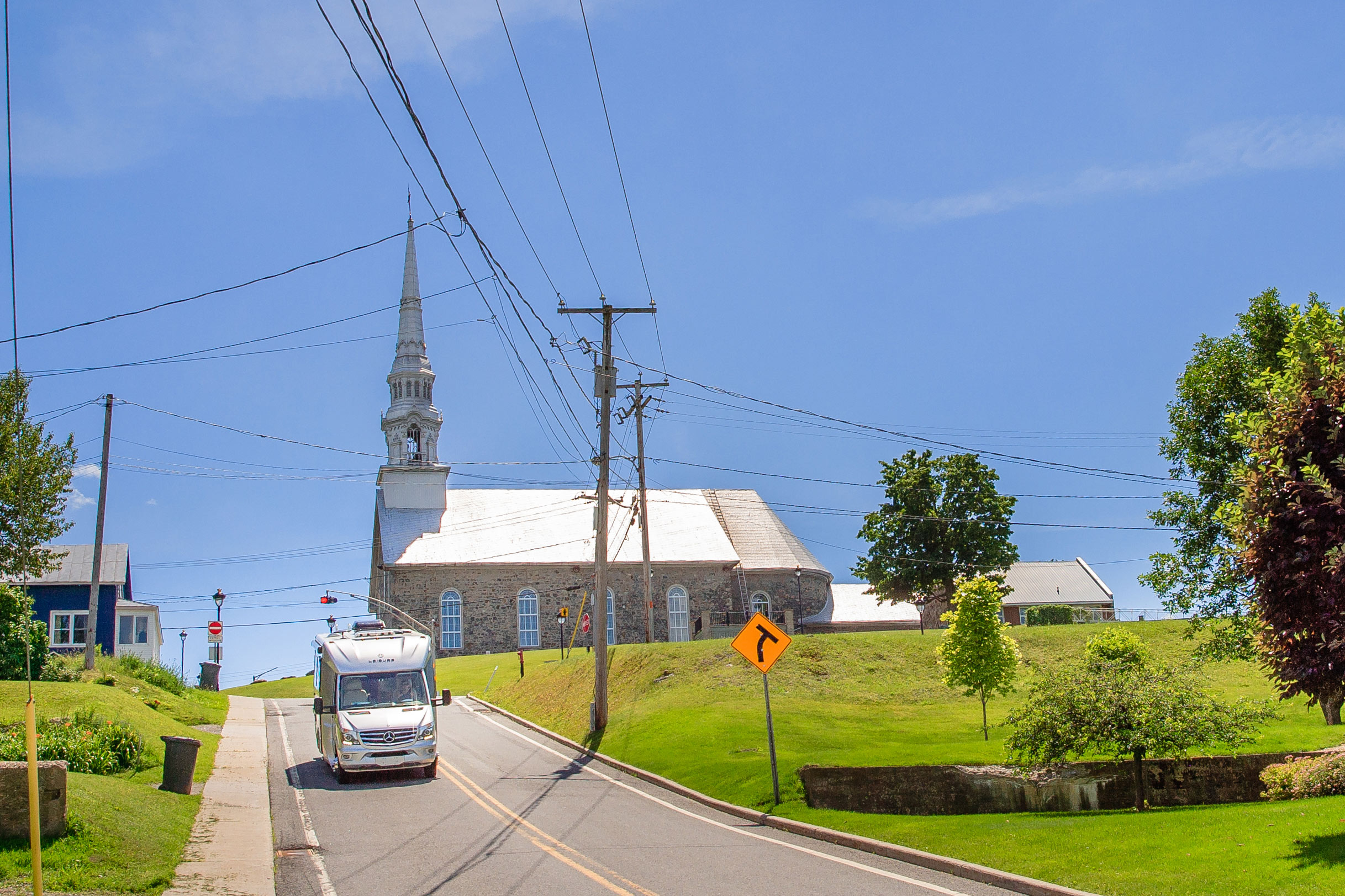 Heading out of Saint-Norbert-d’Arthabaska, after a nice lunch by the church.

For those who enjoy hiking, at a short distance from here lies Mont-Ham, a Regional Park offering 18km of trails of varying difficulty leading to a peak 713 meters high. Be aware that dogs are not allowed and the dirt roads leading to the Park are extremely dusty in dry conditions. We had dust everywhere and we promised our Unity that we would give it a warm bath as soon as we got home! 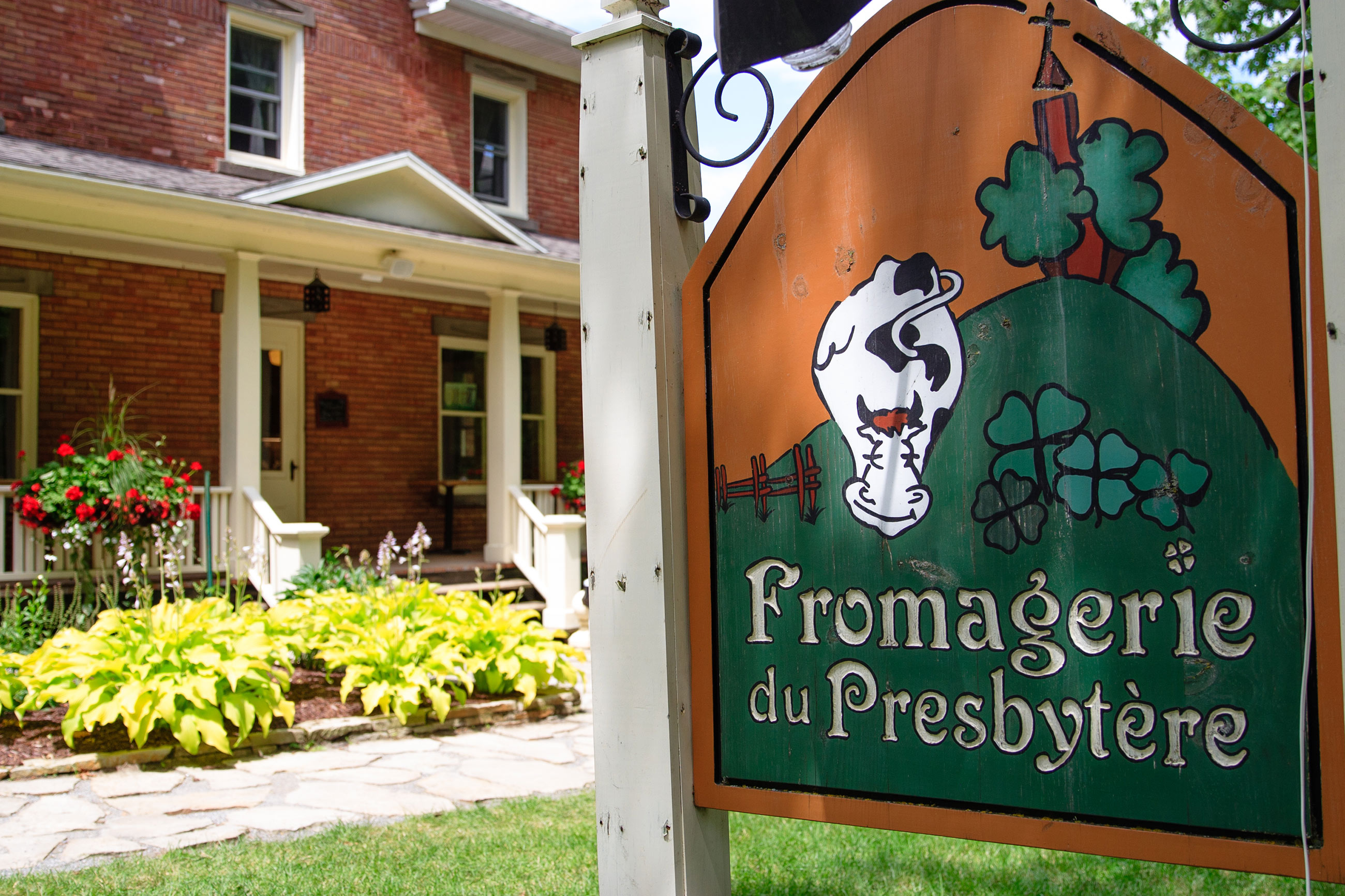 A little further west, one of our favorite stops had to be “La Fromagerie du Presbytère” in Sainte-Élizabeth de Warwick, a boutique style cheese factory with many award winning cheeses. We were able to park our Unity in front of the shop set in a church rectory built in 1936 and restored by locals in 2005. 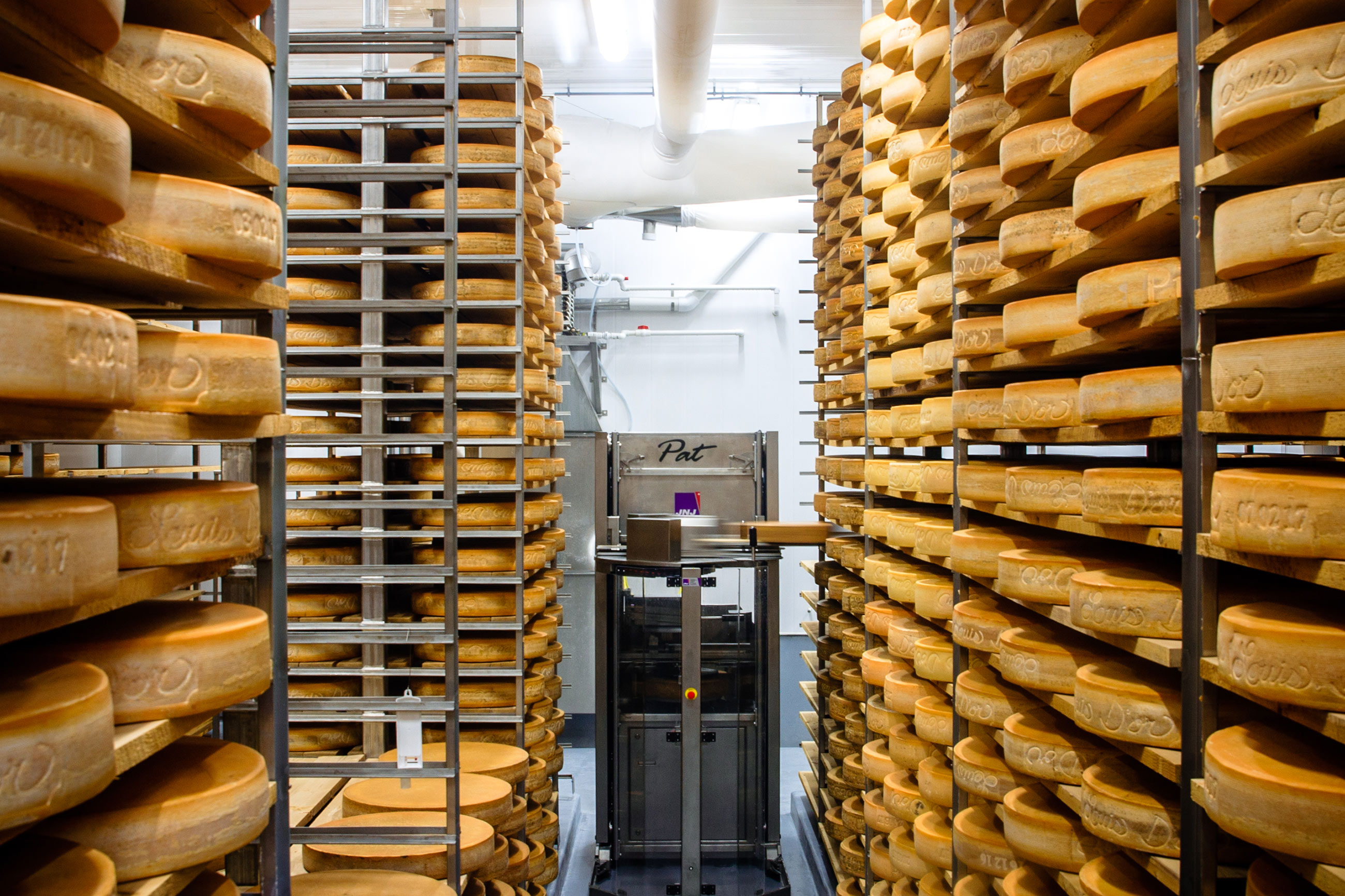 Cheese wheels are cleaned and washed by Pat the robot 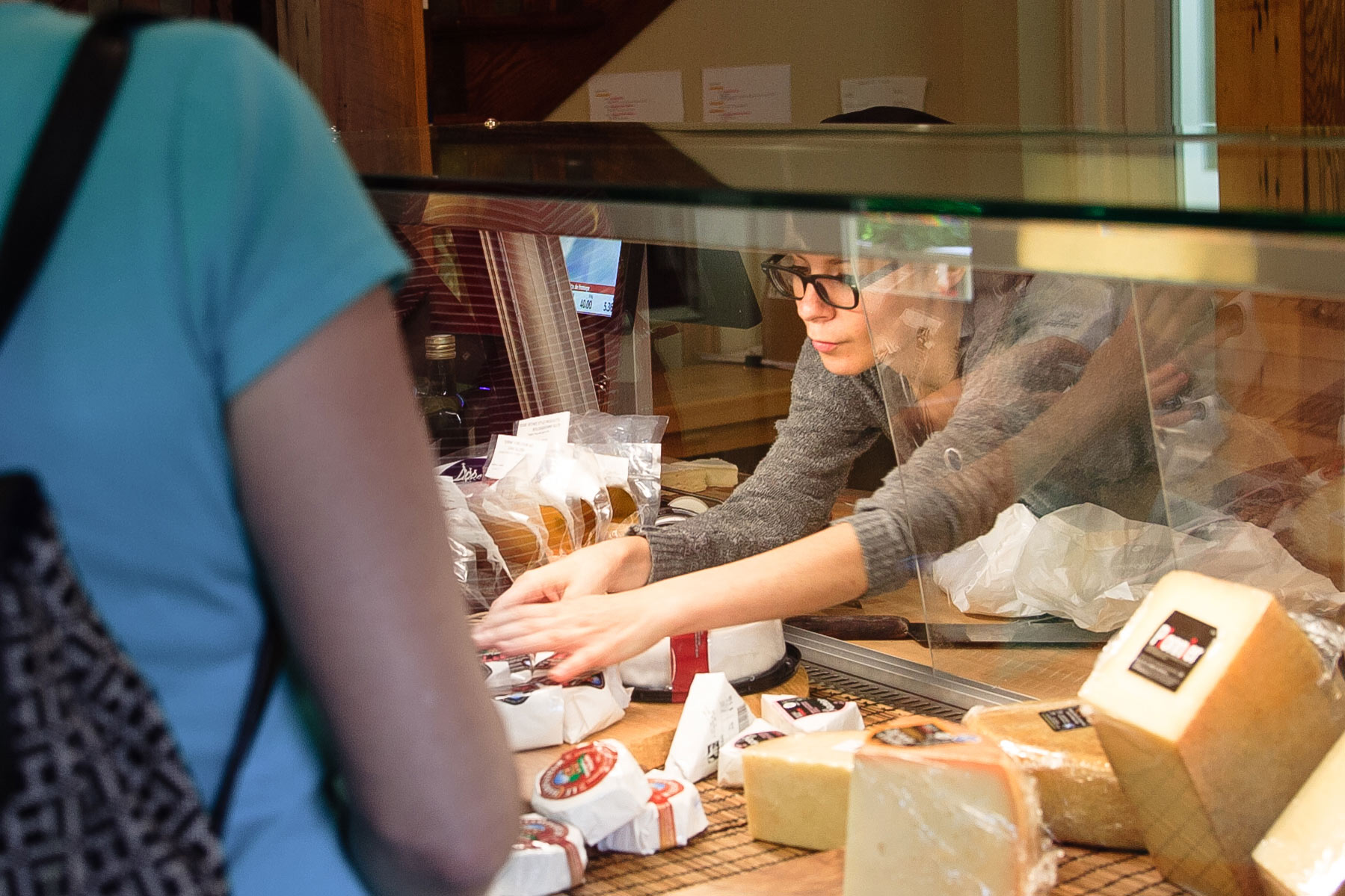 The shop offers all varieties of cheeses made on the premises

The town is traversed by a beautiful tree lined main street and make sure you cross the street and visit the general store where you can pick up fresh baguette, local wines and beers and they also roast their coffee beans. Although the store has been recently renovated, there is an old style feel that will take you back to some childhood memories. 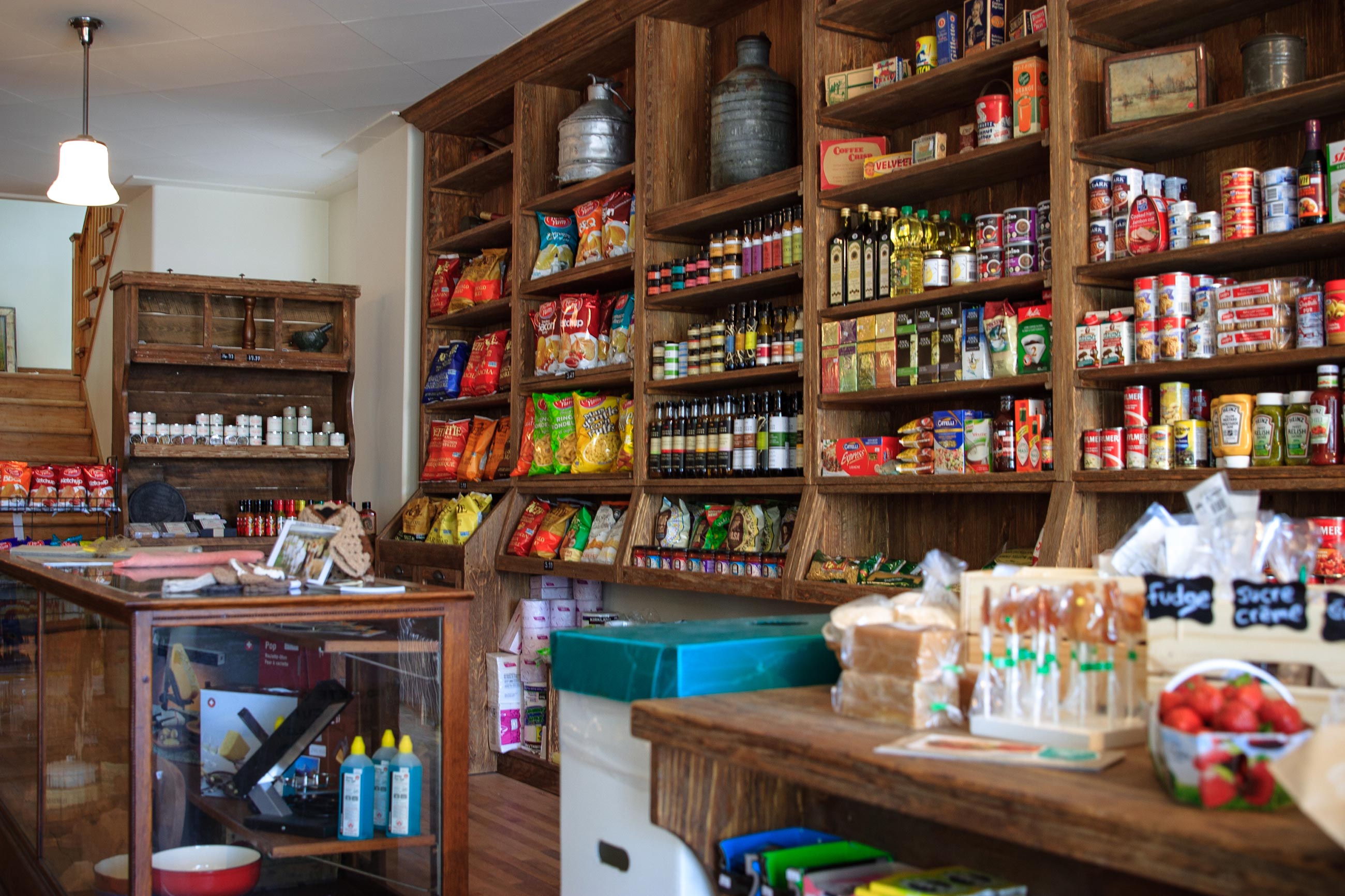 We picked up the official cycling map of the region at a Tourist Information Center. Out of the five suggested loops we chose one that took us into the heart of Victoriaville where a cheese festival was taking place. If you decide to visit the city with your motorhome, we are told there are some boondocking possibilities around the city, namely at the “Terre des Jeunes” park where you are allowed up to 72 hours of parking.

There is a debate as to which establishment can be attributed as the exact birthplace of Poutine. The increasingly popular “delicacy” is a combination of French fries, gravy and cheese curds and there is no debate about in which region it was invented, just which restaurant. Although there are a few places in the region that can legitimately claim responsibility, we chose one of the most popular called Le Roy Jucep in Drummondville. As the story goes, a few customers were asking for their fries with gravy and cheese so the owner decided to make it a regular offering. The name is allegedly a cross between “pudding” and “Ti-Pout”, the nickname of a cook in the restaurant at the time. 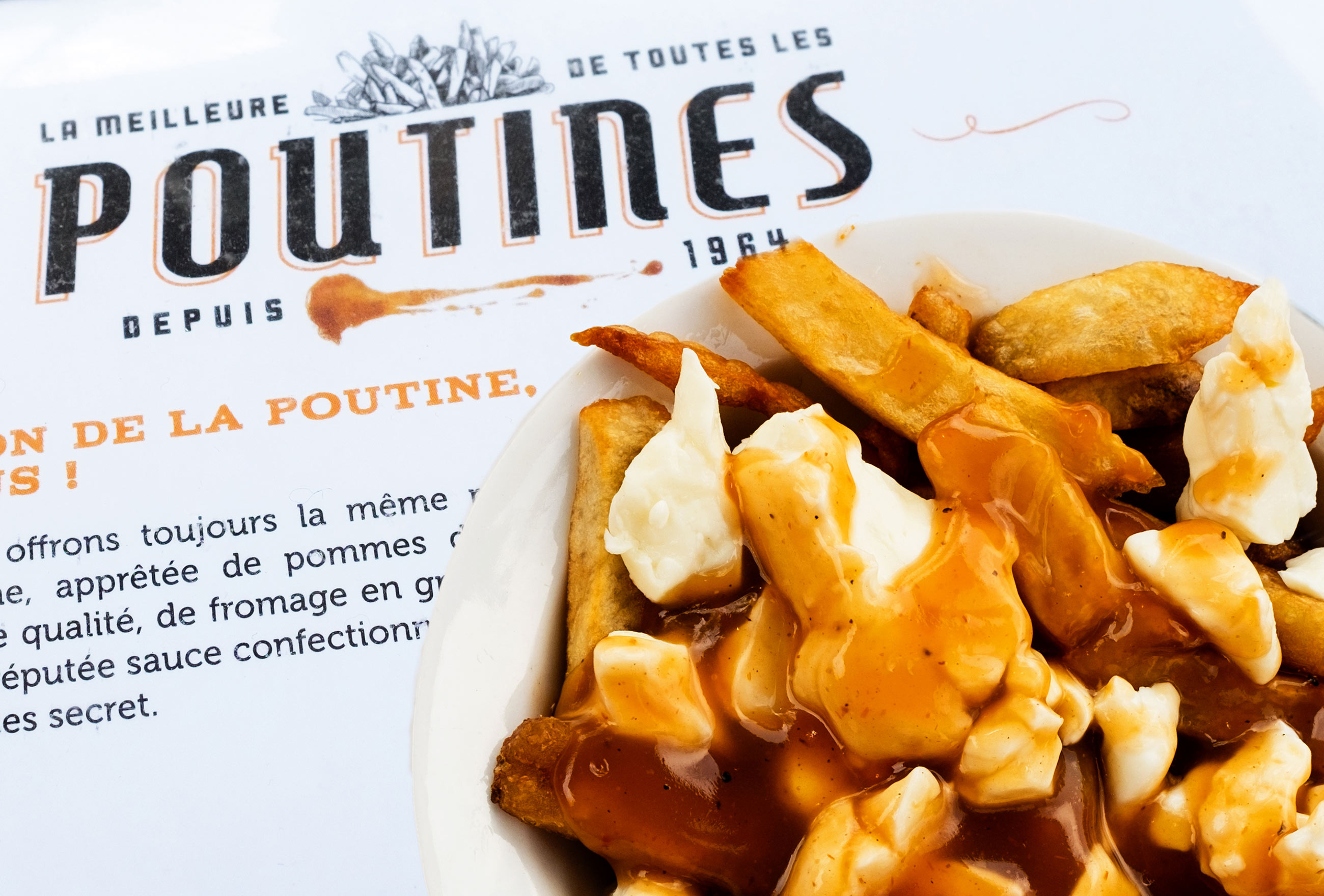 Ferry across the river

On our way back home in the Laurentians, we took a ferry crossing from Sorel-Tracy to Saint-Ignace-de-Loyola a short but very enjoyable trip across the St. Lawrence. Container ships can be seen slowly making their way to their destination, probably stopping in Montreal along the way. Taking the long way home through the side roads, we were thinking back at the wonderful few days spent in Centre-du-Québec, a region we were so glad we took the time to re-visit and we already planning our next trip there as it is impossible to see and do everything the region has to offer in such a short period.