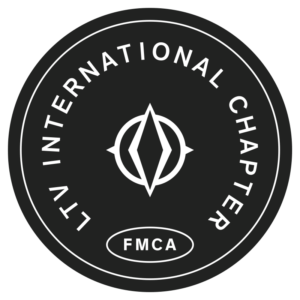 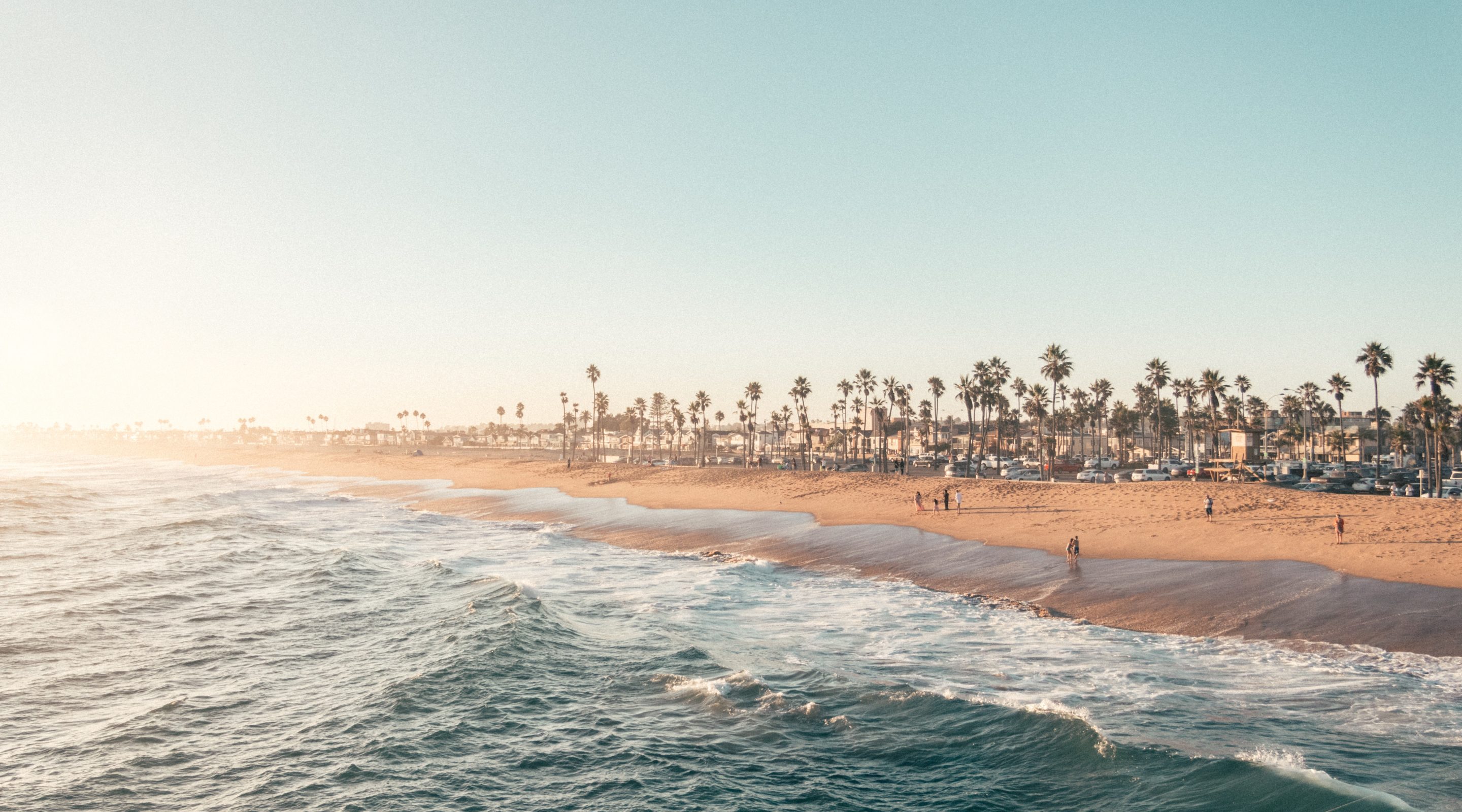 The LTV International FMCA Chapter was invited to attend SOI’s annual Rose Parade Rally as a club. An email went out to club members, and three LTVs attended. SOI is another FMCA chapter that, as a non-profit travel club, charges much less than commercial organizations for the same itinerary. We had all sizes and shapes of coaches, As, Bs, Cs, and even a self-contained trailer! This was our second time attending this Rally, so we knew it would be ideal for our smaller units that do not tow.

We had a generator with 30amp electricity, catered meals in our rally tent, fine dining around town, luxury motor coach transportation, a resupply of water, and a “honey wagon” visit. Once parked, we were pampered in every way. 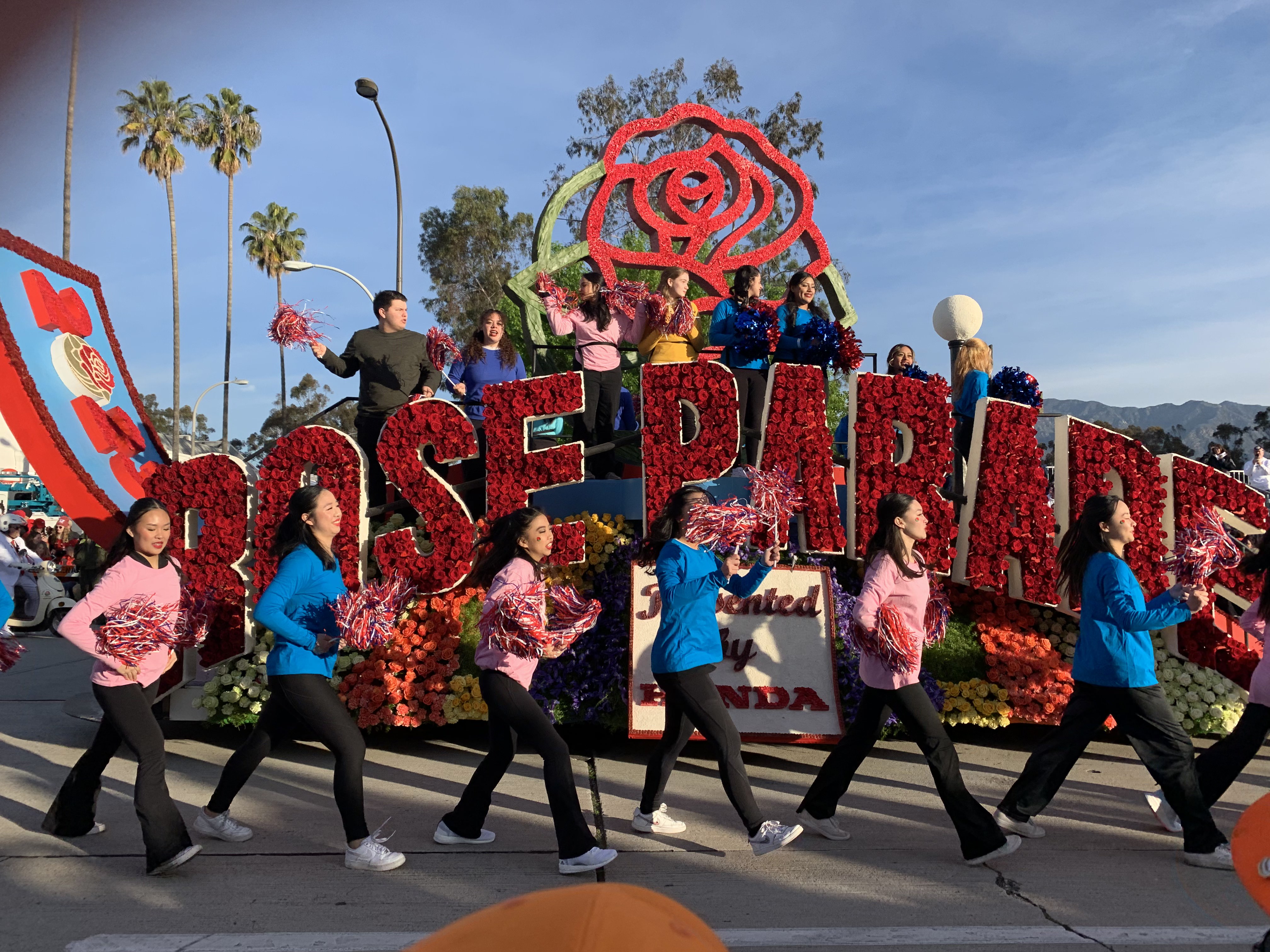 We arrived at our rally location on December 29. This is our Rally tent and separate kitchen tent on the back parking lot of Santa Anita Racetrack. 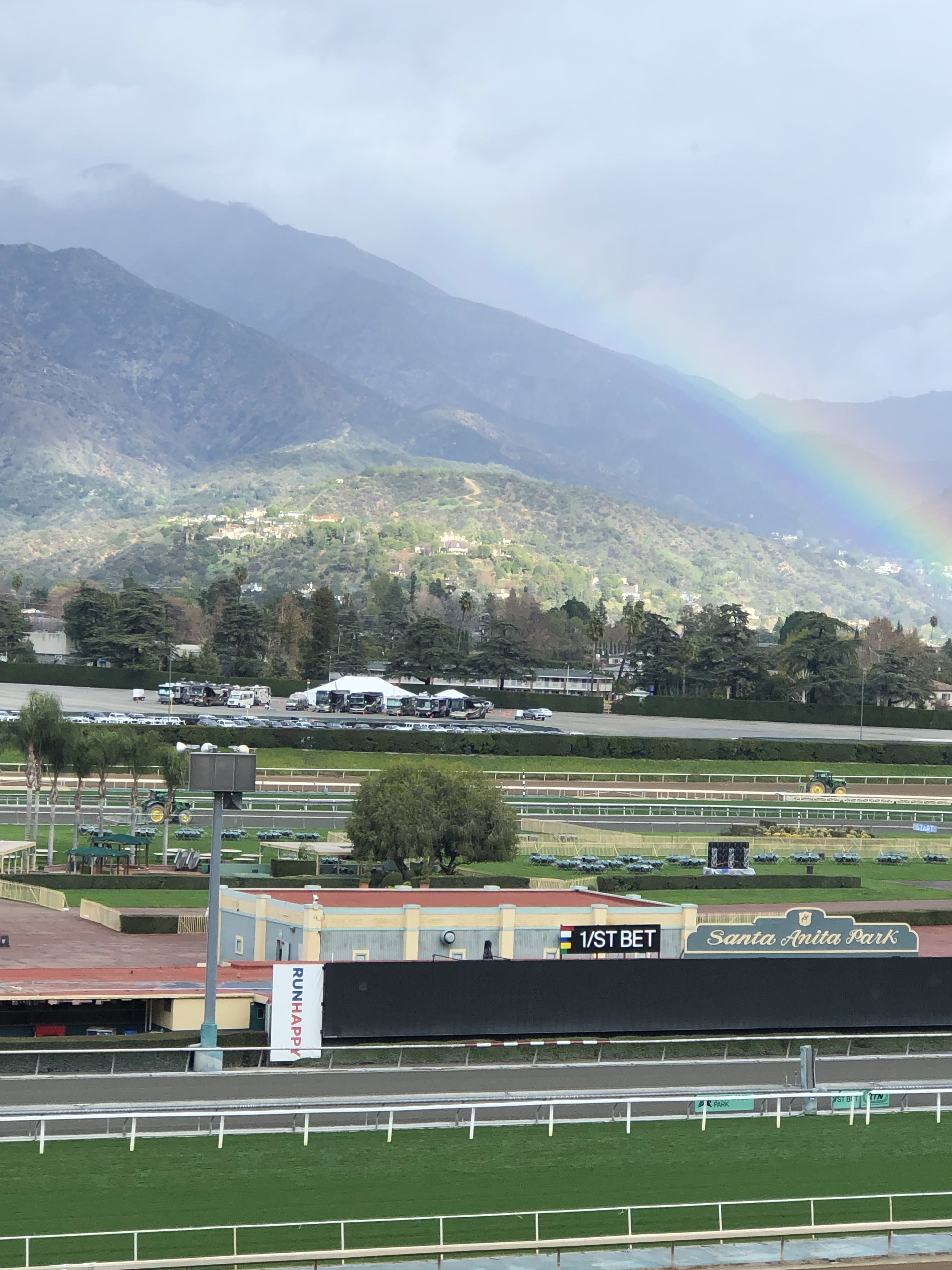 A Beer ‘n Wine Meet & Greet was held. Below, the Johnsons, Schwartz, and Turners share a table. The catered buffet dinner that followed was served by SOI volunteers. 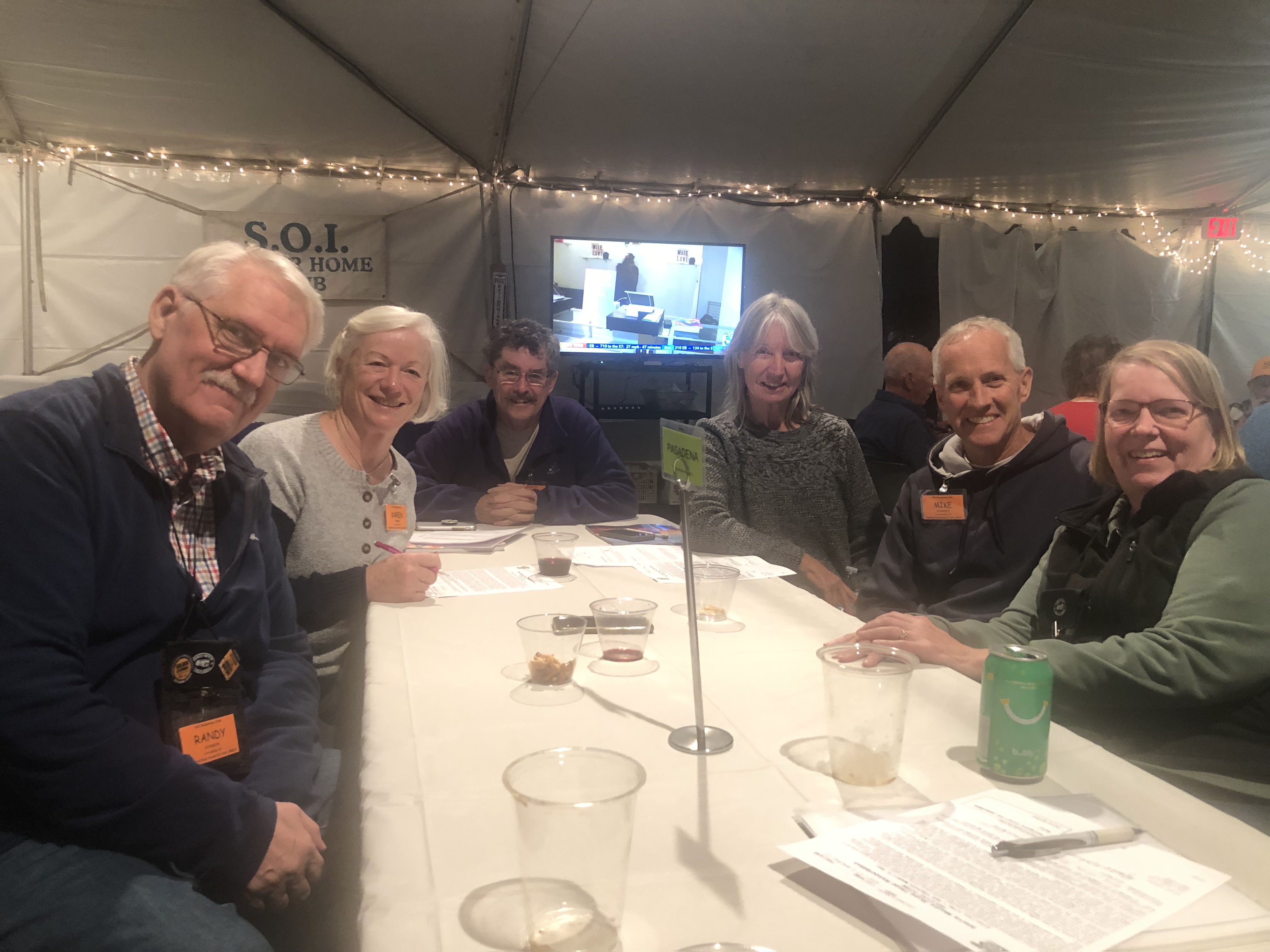 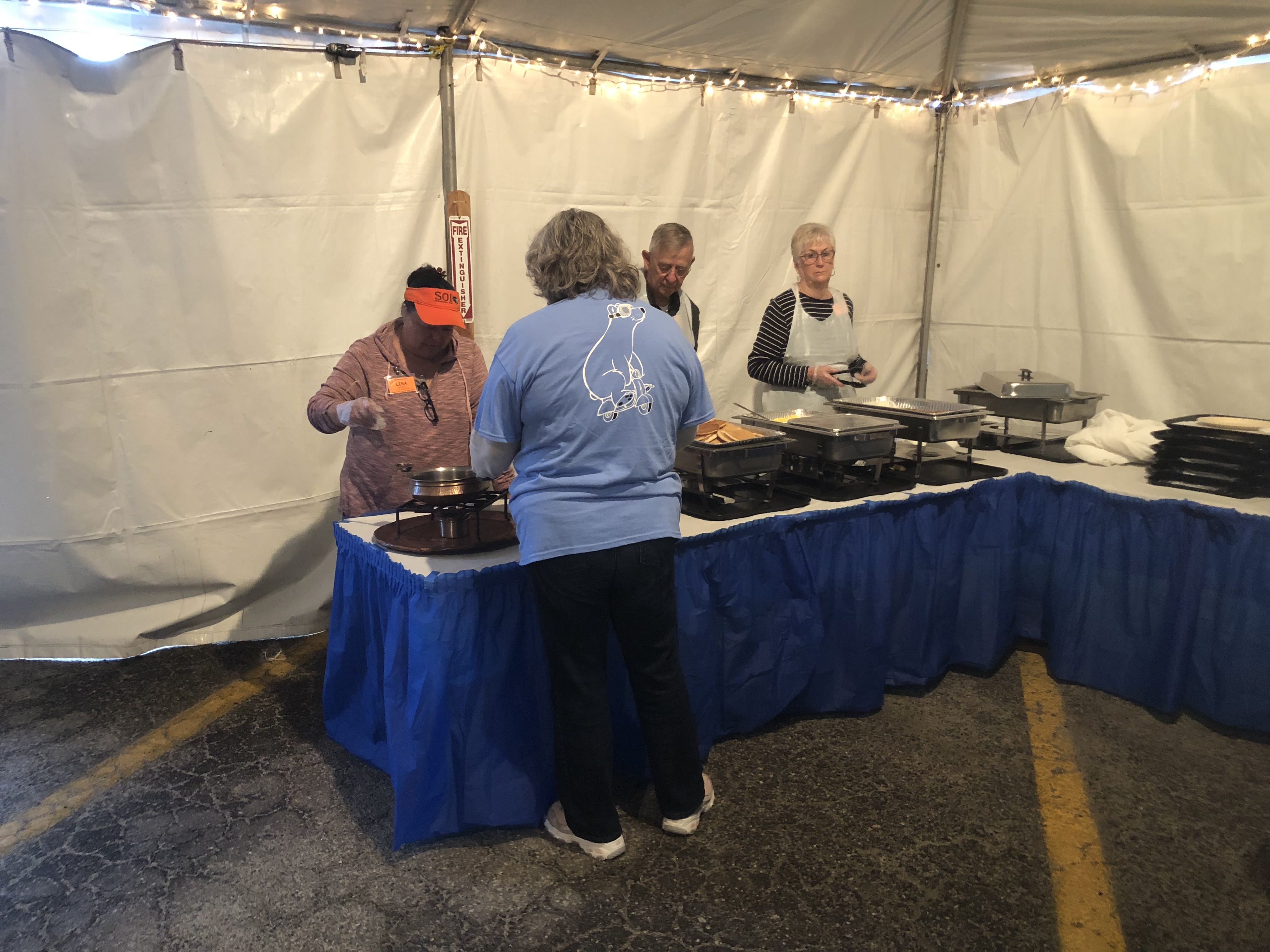 After breakfast on Friday, we boarded the bus with our driver, Jaimie. First stop – City of Sierra Madre float barn. We saw the inner workings of the float, heard from the driver how he negotiates the route & spent the morning cutting flowers that would later decorate the float. 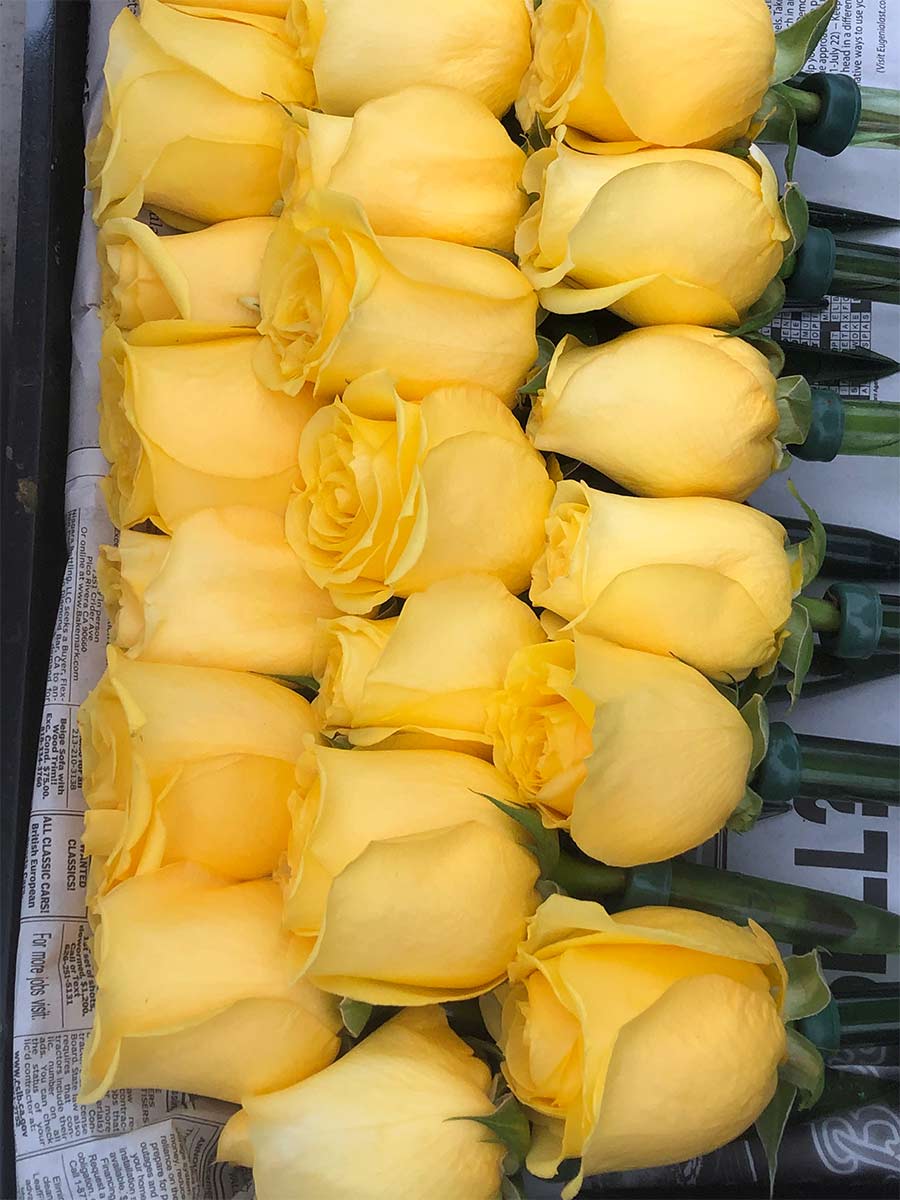 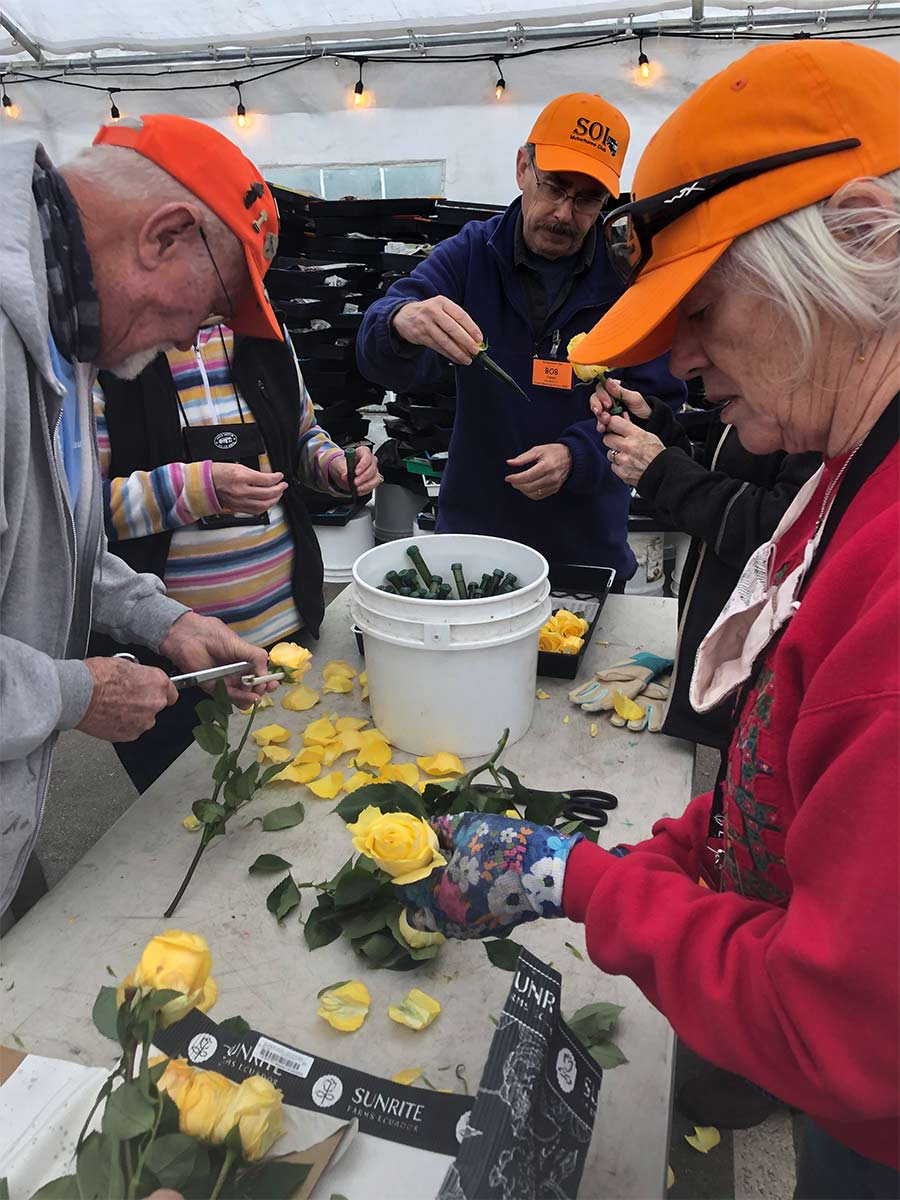 After lunch, we spent the afternoon at the Huntington Library & Gardens, seeing the Disney Animation Exhibit and the Chinese Gardens. Then it was off to dinner at the San Antonio Winery, the only remaining winery in Los Angeles. 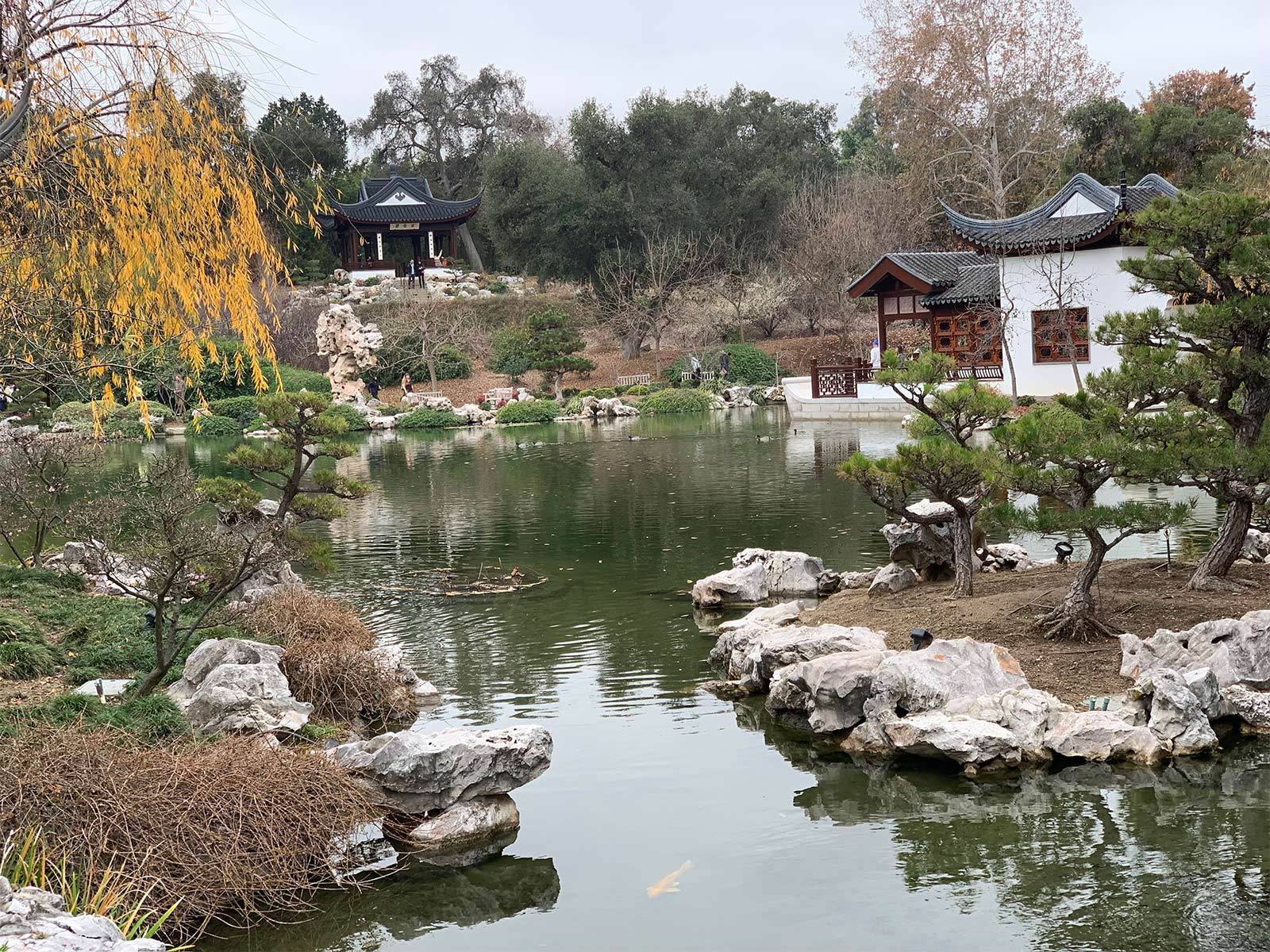 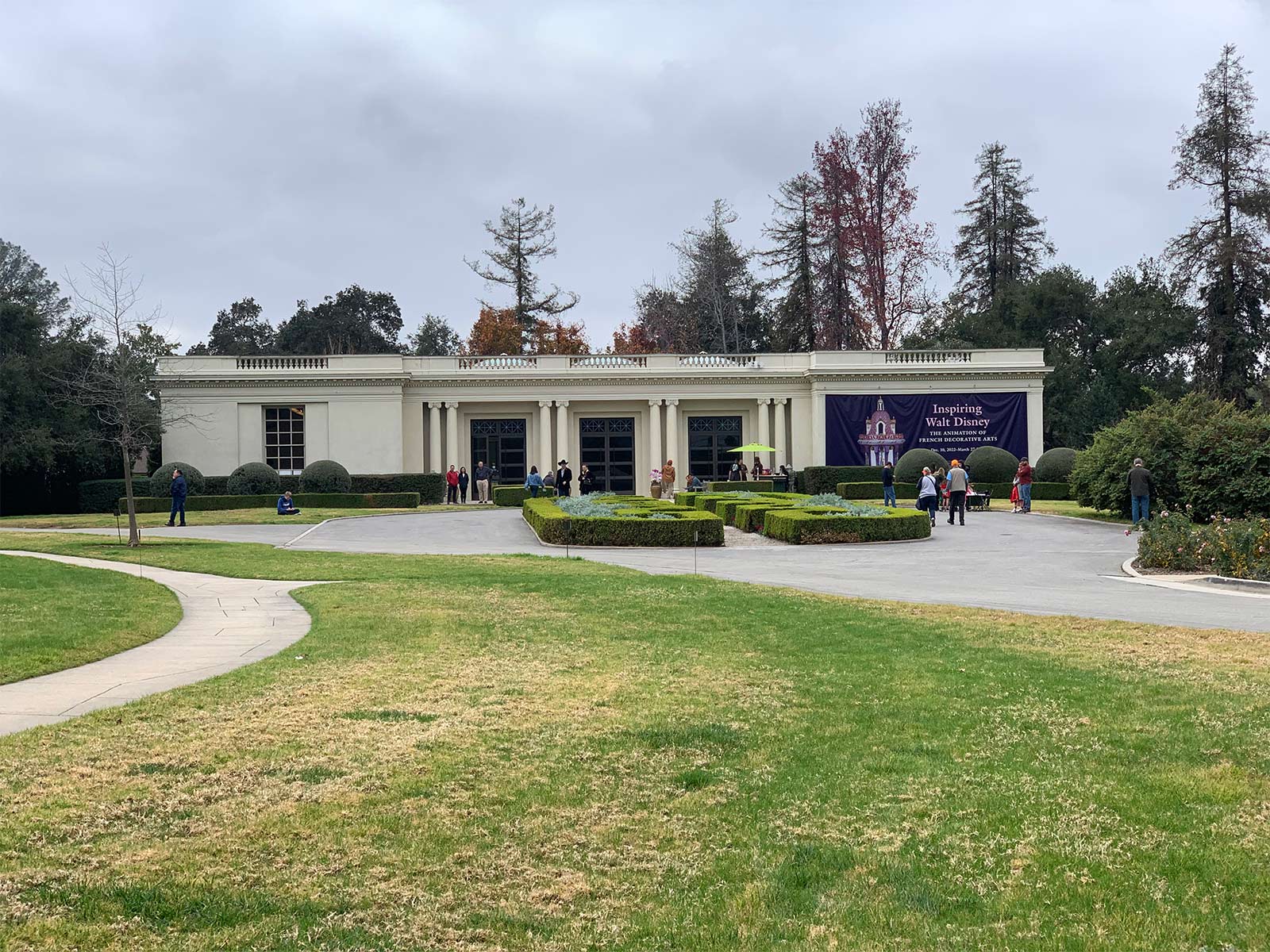 On Saturday, we toured the Rose Bowl Festival Grounds, including a trip to the commercial float building. Then following lunch, “back at the tent,” many of us went to the Band-Fest, watching several marching bands perform their on-field routine. We celebrated New Year’s Eve with an open bar, dinner, and a live dance band that night. 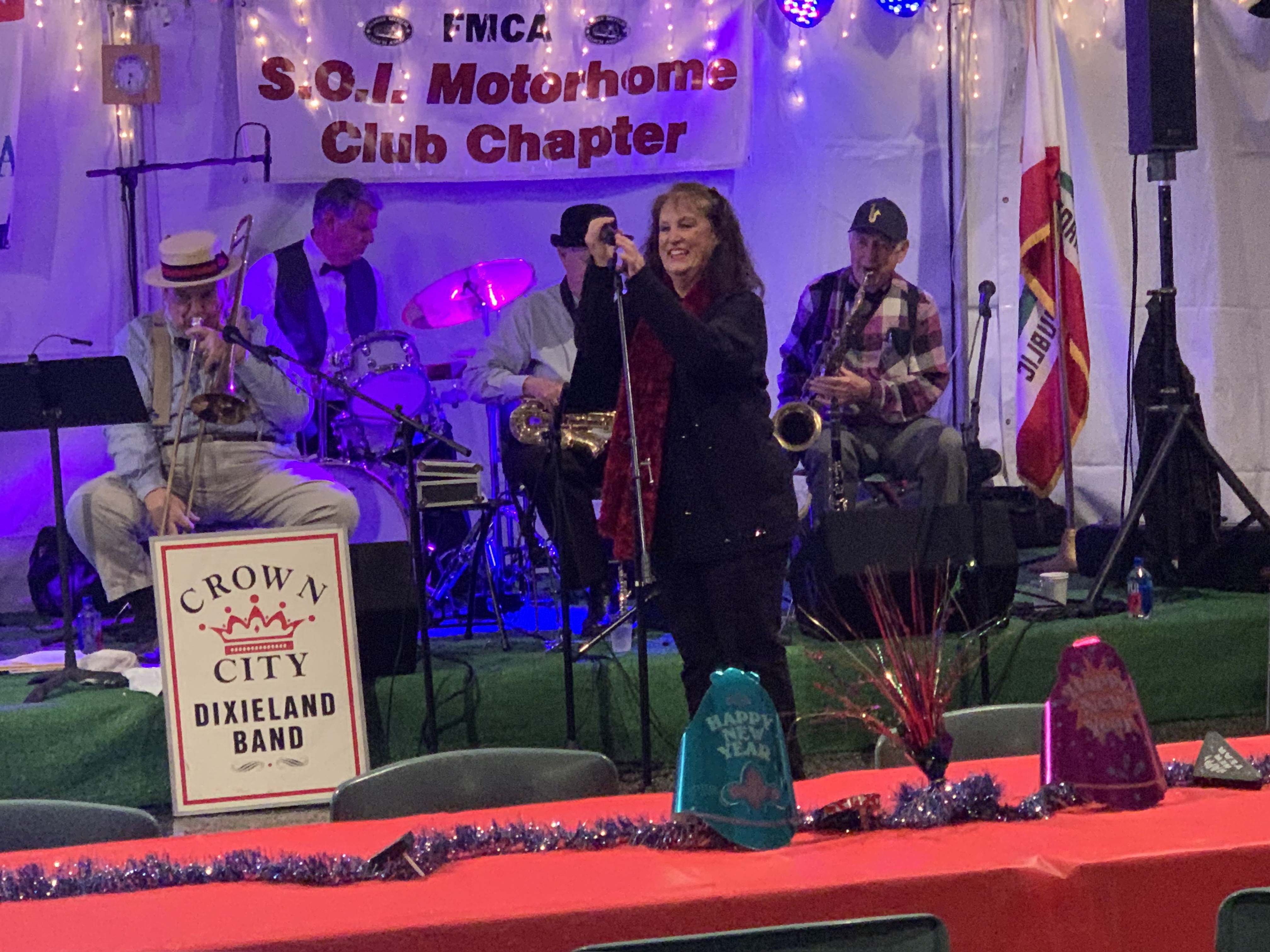 The Happy New Year Parade and game are never on Sunday, so we had breakfast and the SOI Annual Meeting at the tent before brunch at the Frontrunner Restaurant in the Club House at Santa Anita Racetrack. Normally we’d get to watch the horse races, but heavy rain overnight canceled races. Light dinner and social time concluded our day in the Rally Tent.

Up bright and early the next day and on our way. Front-row bleacher seats put us up close and personal. So close we even talked with some of the float riders and band directors as they walked past us. Some even asked about our group in the orange baseball caps. We had a twinge of pride as the Sierra Madre float passed by – recognizing each rose we’d cut! 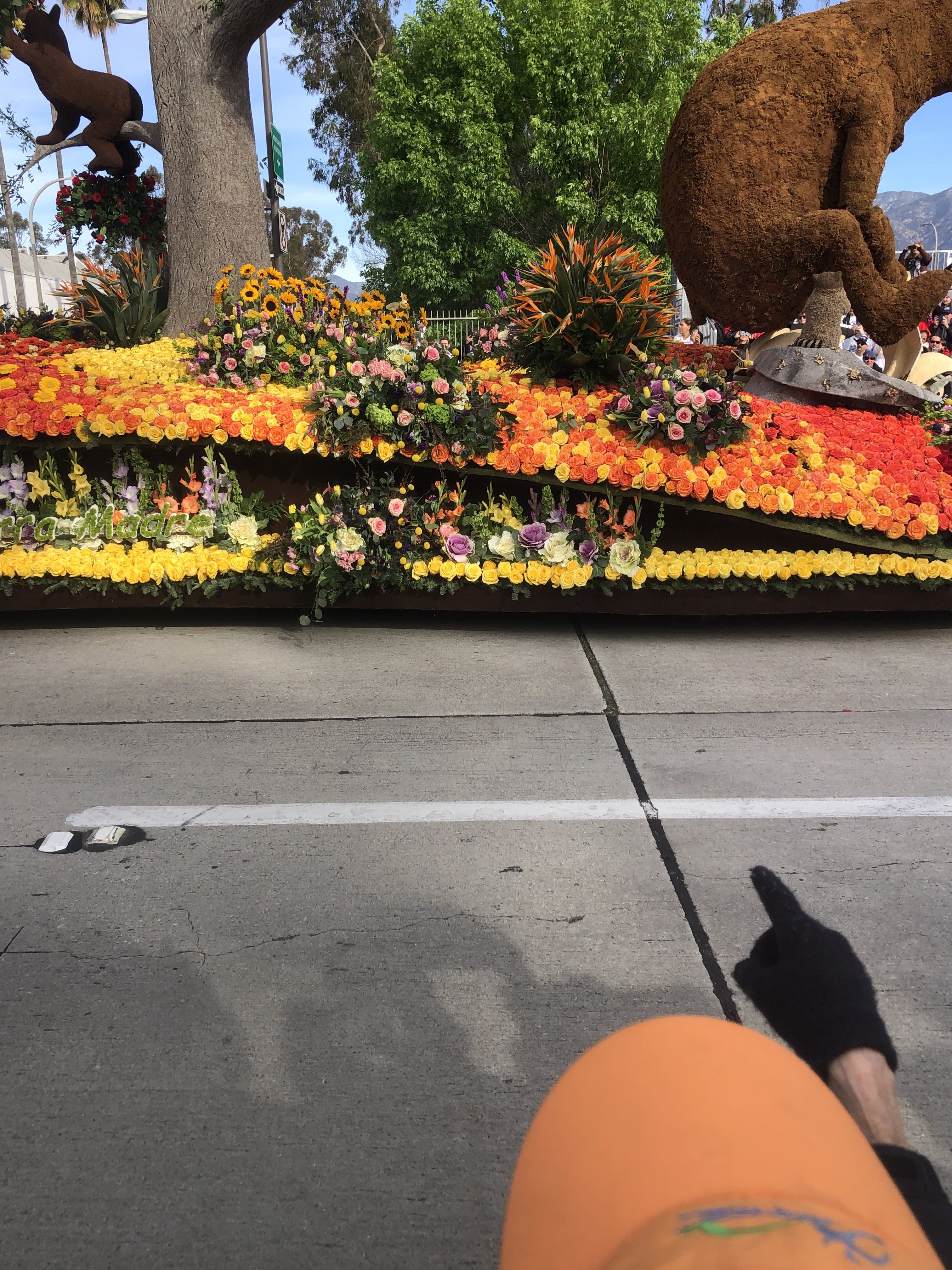 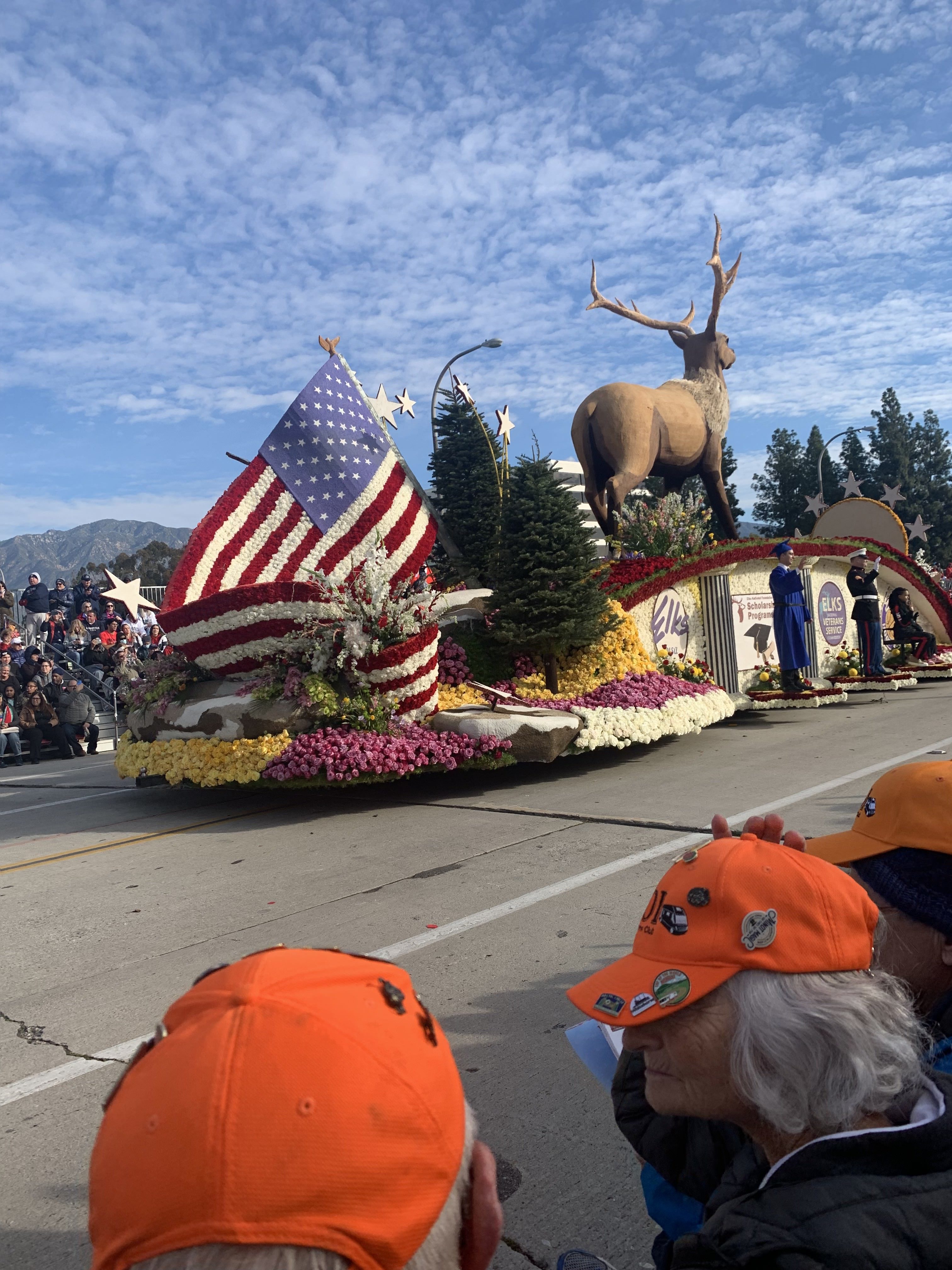 After lunch, some went to the “Showcase of Floats” to see the floats again, while others watched football in the Rally tent. Then one last dinner and visiting with old and new friends. 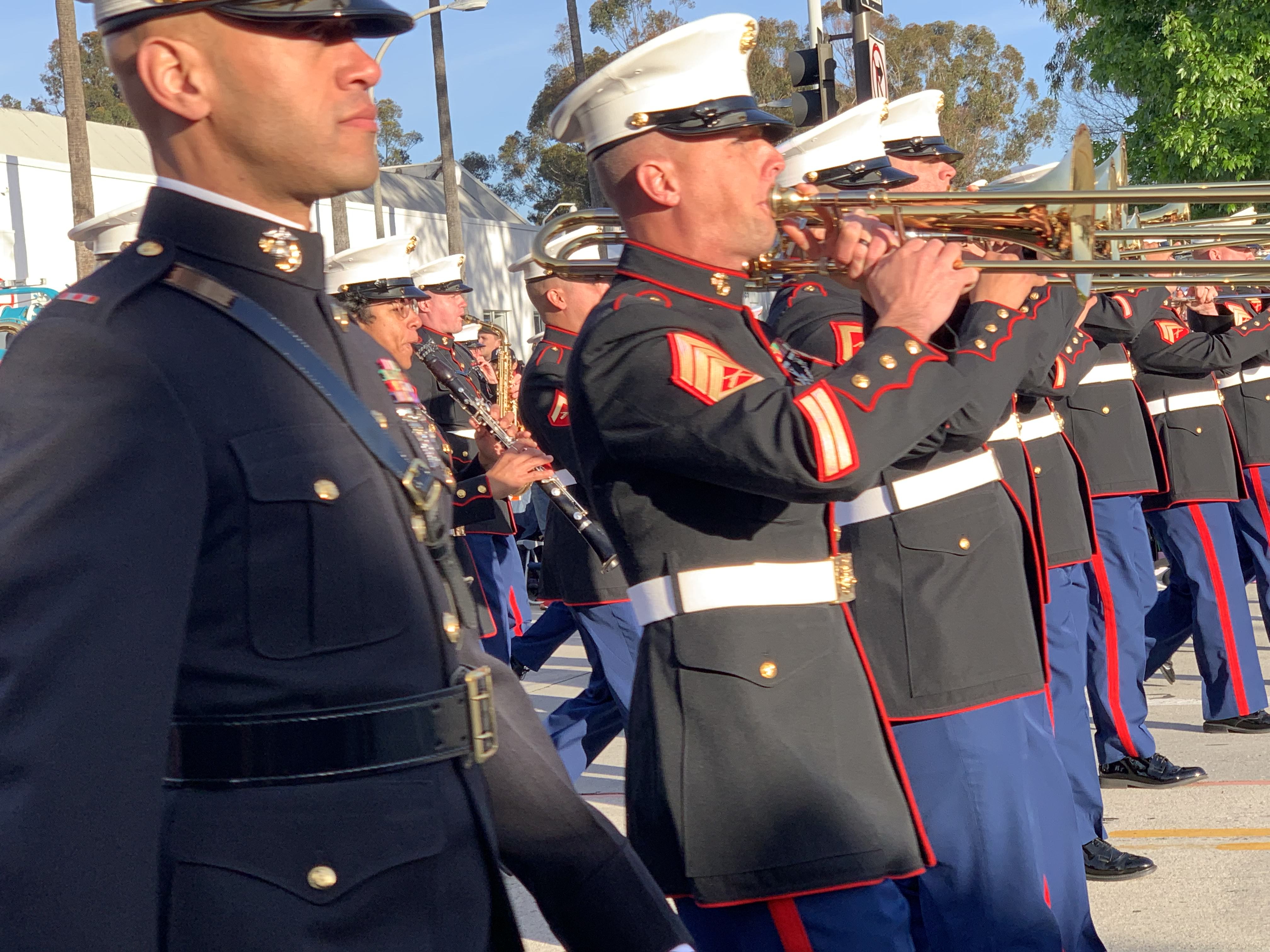 January 3 was the departure day. Some were heading to the FMCA Western Area Rally in Indio or Quartzite. Our club is again invited to Rose Parade 2024. We’ll have more info available later.

LTV International FMCA Chapter Club accepts current FMCA members from across Canada and the United States who own a Leisure Travel Vans or Triple E Recreation Vehicle. Our goal is to encourage friendships, mutual support and exchange of ideas at recreational and educational gatherings. We encourage our members to park and socialize together at our rallies which are held in conjunction with the two major FMCA International Conventions in Spring and Summer. Our Chapter's National Director provides voting representation for Leisure Travel Vans and Triple E RV Owners at annual FMCA Governing Board Meeting where the direction of the national FMCA organization is often determined.