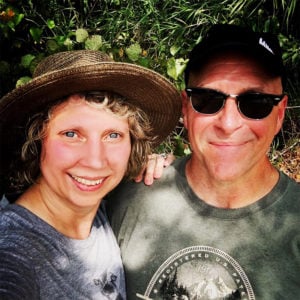 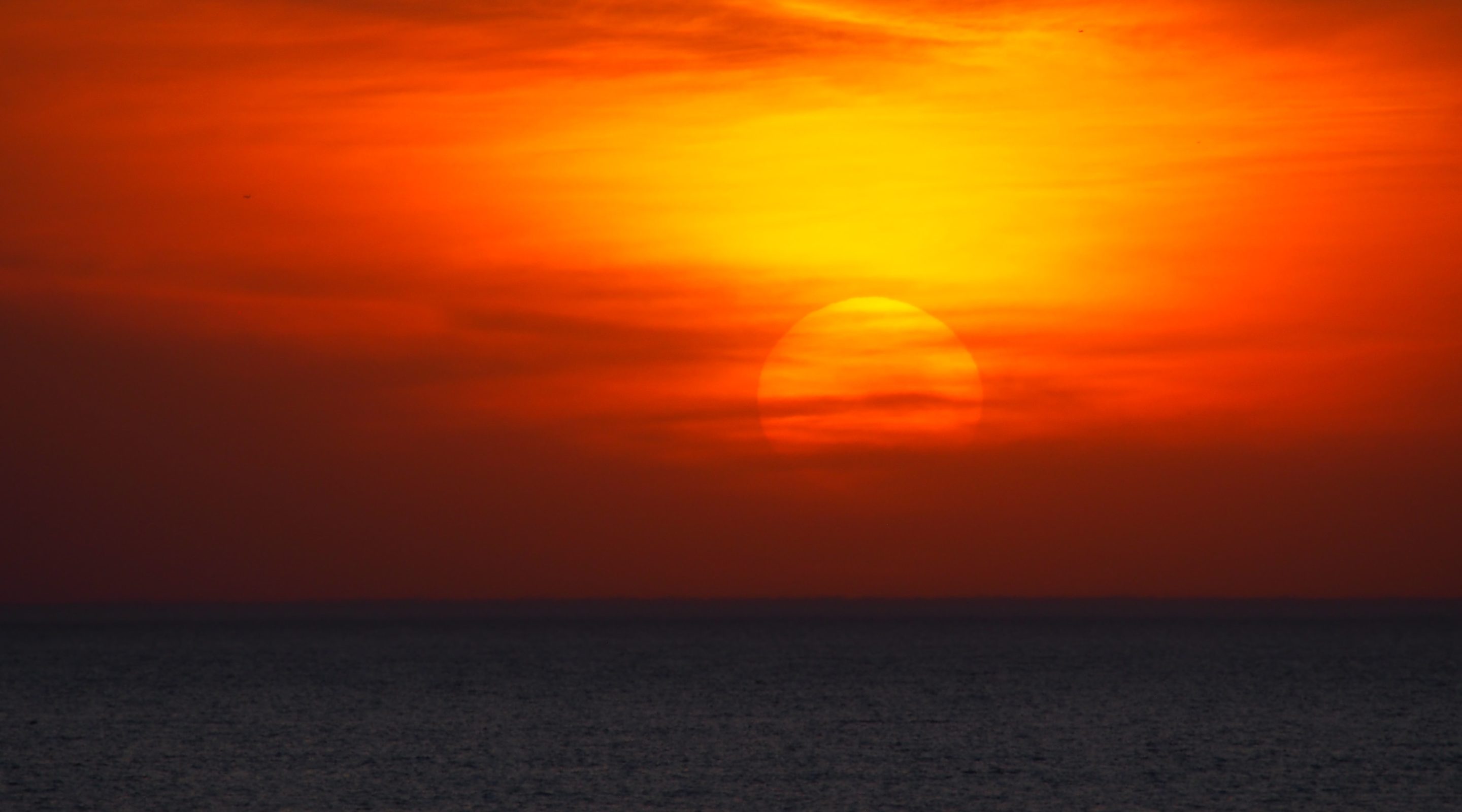 It seemed that having pets while living the full-time dream in our 25-foot LTV would be ideal, with both the protection and the snuggles that just make life better. But let’s face it, when you mix some pets and a small space, a great night’s sleep isn’t always easily obtained.

When we first began considering this way of life, we already had a cat named Max, a rescue from our local SPCA. We adopted him after spotting him hanging upside down on the cage door, begging to be picked. His antics sealed the deal and he went home with us. It turned out Max was a very independent cat and he earned his name with his Maximum Overdrive antics, but the only sounds he made were those of him thundering through the house.

Several years after we brought him home, we finally heard his broken meow and saw him have a major seizure. It was scary. The vet could not determine a cause and eventually prescribed medication which stopped the seizures, but really changed our boy. The poor cat was absolutely starving all the time and began waking us at all hours of the night, begging for food. Eventually, we took him off the prescription medication and put him on CBD oil. The seizures returned, but not as often as originally and the starving cat is now somewhat under control.

Max was challenging enough, but about a year before we hit the road we took on an abandoned oversized Yorkie named Crowley for a week trial. During that week he won our hearts.

Crowley grew up scrounging for every scrap of food, and as a result, he can down a bowl of food in less than 2 seconds. On the plus side, his food-driven nature has made him very easy to train. We later found out that he got car sick, which was a bad thing considering the lifestyle we planned to live.

Both pets had issues that would be hard to deal with on the road, but none of the issues deterred us. We began looking for solutions and found raw feeding. This type of feeding would have downfalls (prep work and storage) in a tiny RV kitchen, but the benefits seemed great. Crowley will still get sick with certain movements (swinging in a hammock gets him every time) but never in the LTV or Jeep, and his itchy skin is GONE. Max still has seizures but they are no longer as random, and his recovery after each one is much faster.

Heading Out On the Road

Eventually, we sold our house and started our LTV journey. Both pets have settled in nicely, and the pair keeps us on our toes as they are not really fond of each other. Crowley lives for his walks and hiking adventures. The smells at each new place fascinate and excite him. He requires many walks each day, we have to clean up after him, we have to keep him brushed and he has to routinely go to the groomer, but Crowley keeps us active. Max really only requires a clean litterbox, food, and for us to be nearby – at least during the day. 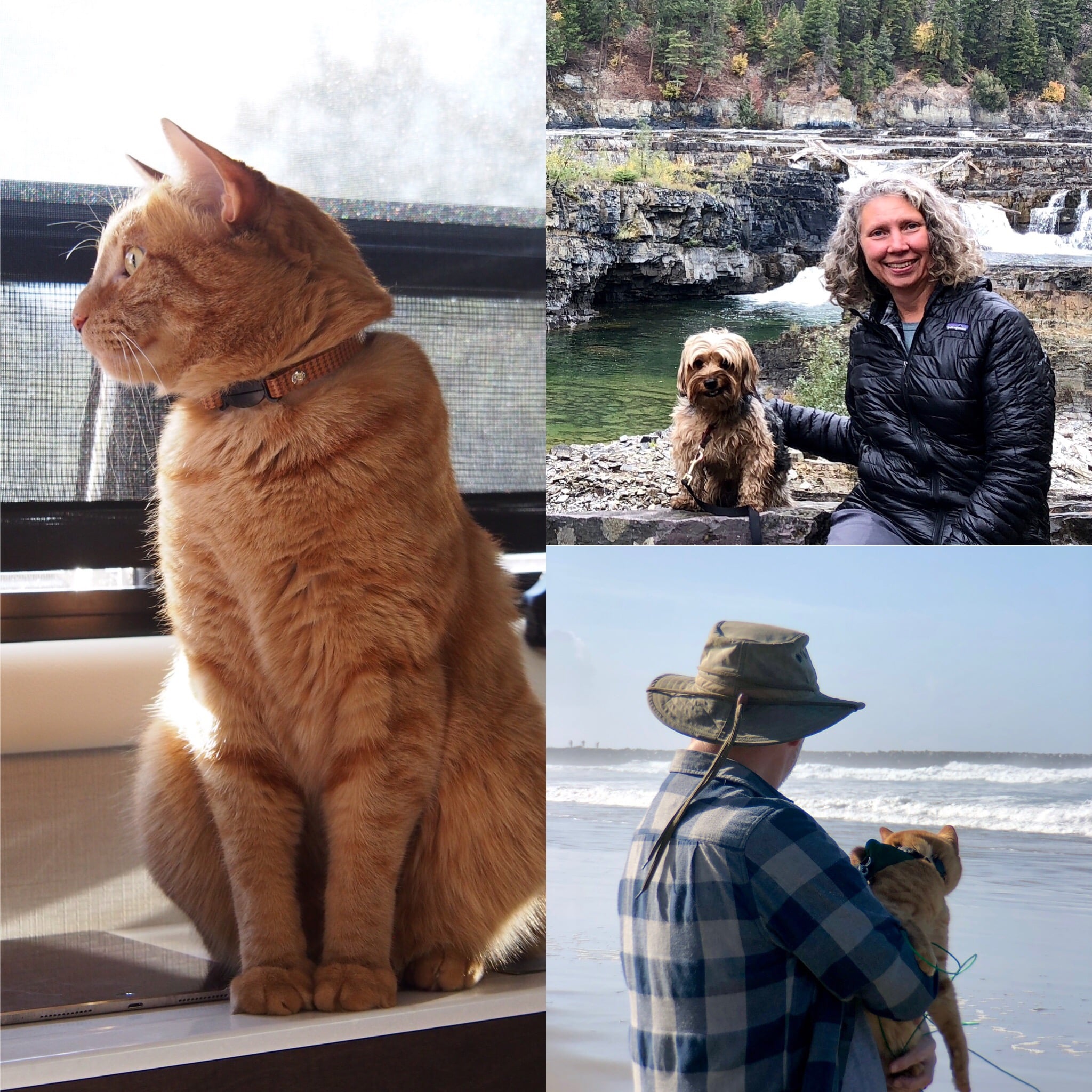 Max, the easy-going, sleepy cat becomes something else when he feels it is time to eat. Max begins his quest to be fed around 3:30 am and can be quite persuasive. He has learned a kind of meow and starts with that… in your face. Then Maximum Overdrive kicks in, and he is bounding over our heads, across our feet, and up and over the bed, all the while meowing his strange meow at the top of his lungs. The thundering noise this small feline makes when he is running around like a wild cat is unreal. Still, we ignore him. Then he starts pawing at the shades and paw-boxing us, which is something between a very firm massage and us being used as his personal punching bag. The cat packs one heck of a punch – Rocky would be proud! We don’t sleep much during the hours until it is actually time for him to eat.

We had to fight back, so we came up with five things to try:

We don’t get much sleep and tend to go to bed earlier these days. We believe the root of our problem goes back to the years when he was on prescription seizure medication and had to be on scheduled feedings with an automatic feeder. He is still on that schedule, so our problem is time – as in Time Zones. We are currently in Pacific Time Zone but are originally from Central Time Zone. His feedings were at a reasonable time there, but his internal clock does not accept the changes that driving a few hours can do to time. Our only real fix is to go back to Central Time Zone, which is not a fix at all, so we will continue to try and change Max’s behavior, one morning at a time.

If you don’t have a pet but are thinking of getting one, our advice is to spend some time with the pet before taking them traveling. Be sure that he or she does not get car sick and that food is not a defining factor. Don’t set a schedule with feedings! Be sure you are willing to take on the challenges that go along with the pleasures. If you already have a pet, start working on potential issues now. 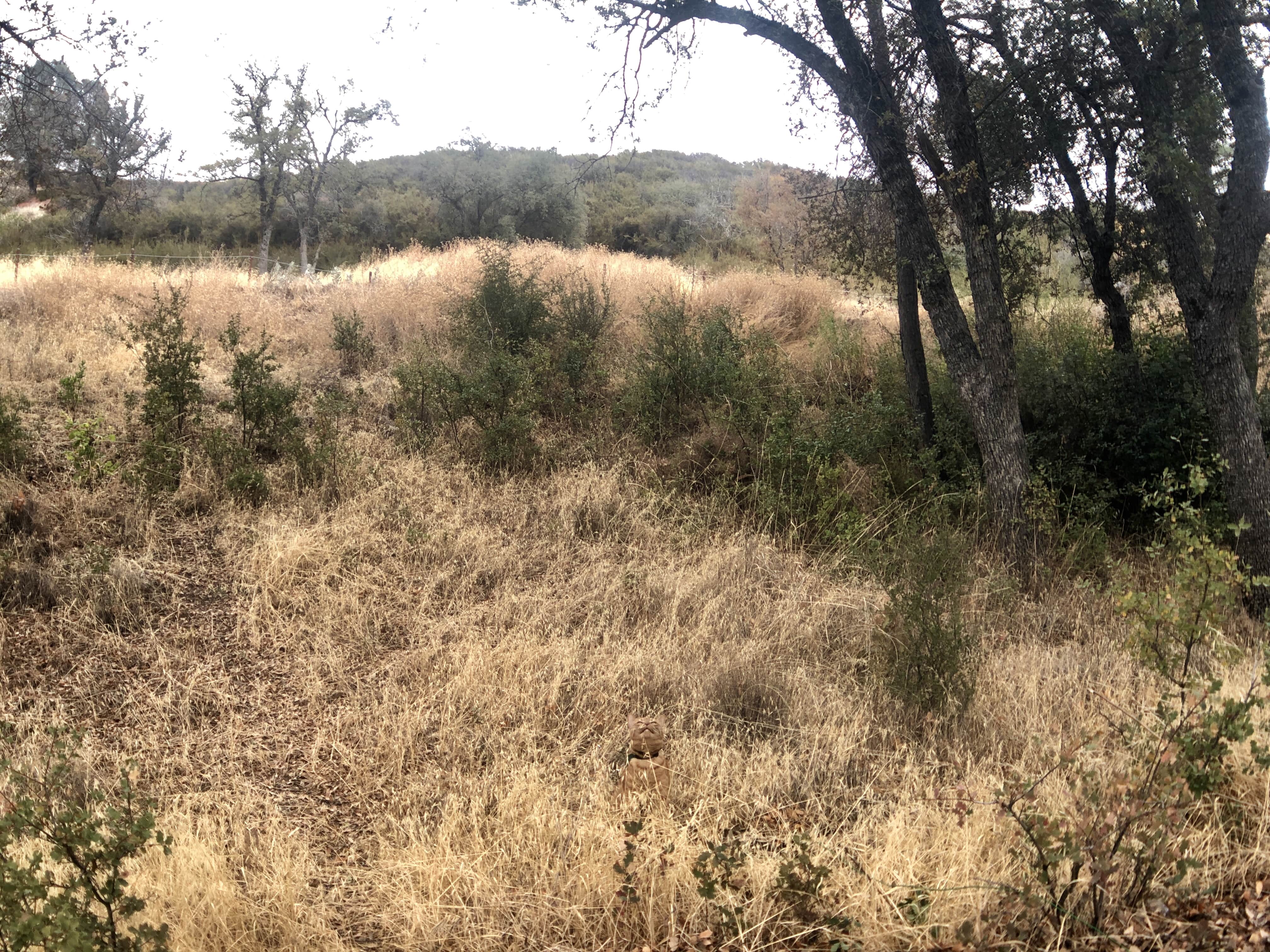 Just for fun – Can you find Max?

We still consider our pet story to be a successful one. We live happily together in our LTV, roaming the roads and seeing the sights with pets in tow. We just do it with a little less sleep.

With the order of their first RV, a 2017 LTV Unity MB, Jimmy and Christine Voss took a major step toward full time living. In 2018 they both retired from a large science and technology company and began travelling full-time with their pets, Crowley and Max. Their goal as “Leisure Explorers” is to experience every corner of North America and share their story. Their interests include Geocaching, hiking, KETO, photography, minimalism, blogging and RAW feeding their pets.