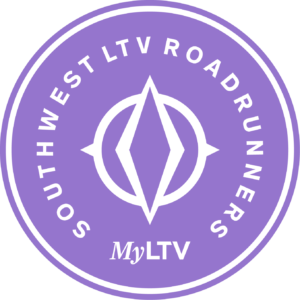 In January of 2018, we were lucky enough to purchase the Unity demo model displayed at the Pleasanton RV show. There was no waiting six months or more to start enjoying life in a Leisure Travel Van!
Bonnie found the LTV internet sites to be a great source for information about our new rig, and we both were excited to find the Southwest LTV Roadrunners. We scheduled our first outing with this group at Pismo Beach in October.

As we drove into our assigned spot at the Pismo Coast Village, we were pleased to see several fellow LTVers waving friendly hellos to us newbies. The sight of forty LTVs all lined up in one place was pretty impressive. During our four days at the park, we mingled with all these happy campers, enjoying several activities that were led by Dennis Thorig and his group of experts. 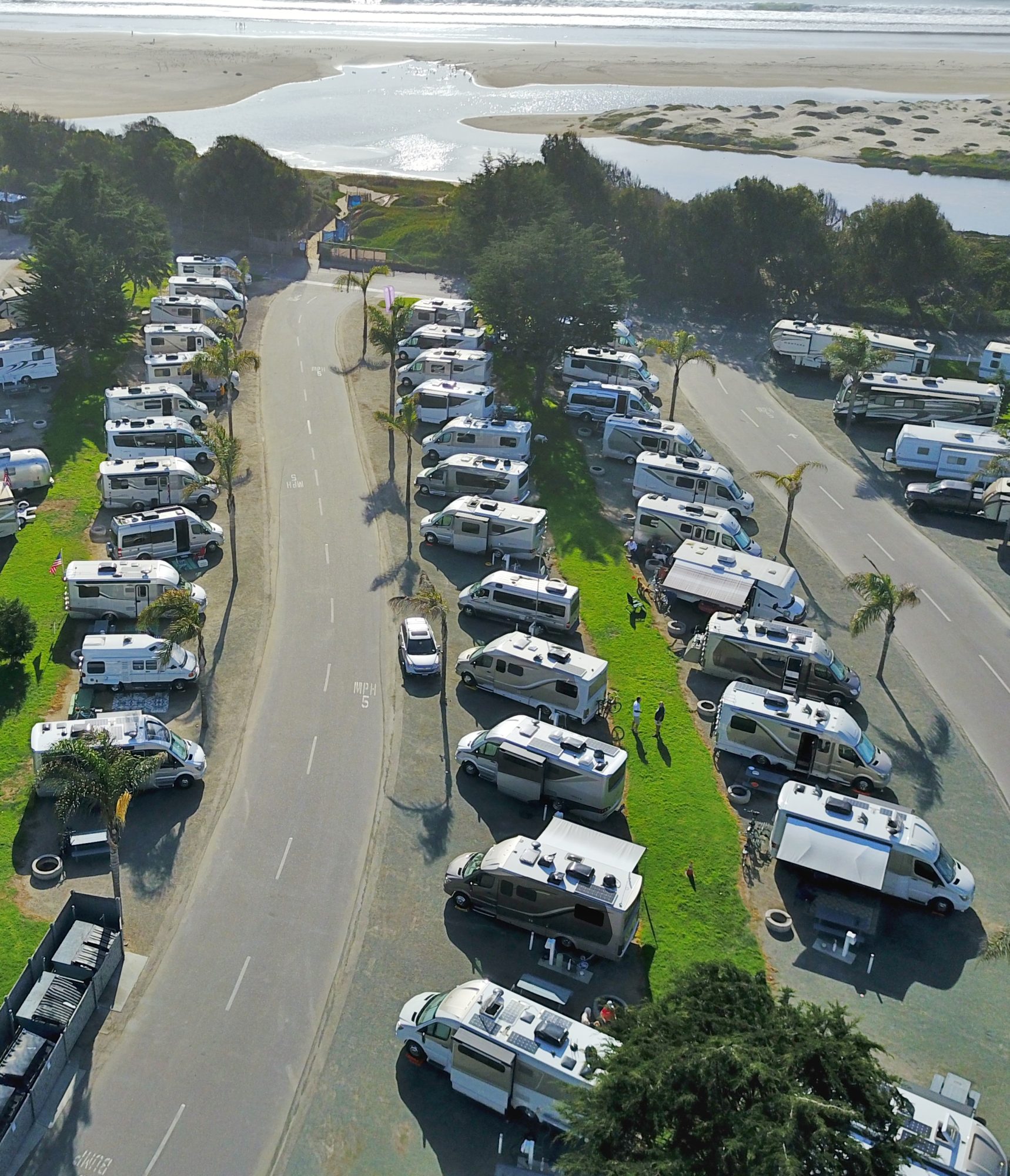 The fun began with the first night of Conversation and Cocktails near Dennis and Darleen’s rig, where we enjoyed the company of the entire group, and we were encouraged to share in the planned activities for the rest of the outing.

On Monday morning several campers followed Tony Monetti to Avila Beach for a rousing game of golf. Bonnie and I chose to join Leonard Driver as he led twenty-one of us on a scenic bike trail. Many of us rode electric bikes, while a few hardy souls pedalled under their own power. We all replenished our energy by chowing down together at Custom House Restaurant on the boardwalk before heading back to the campground. 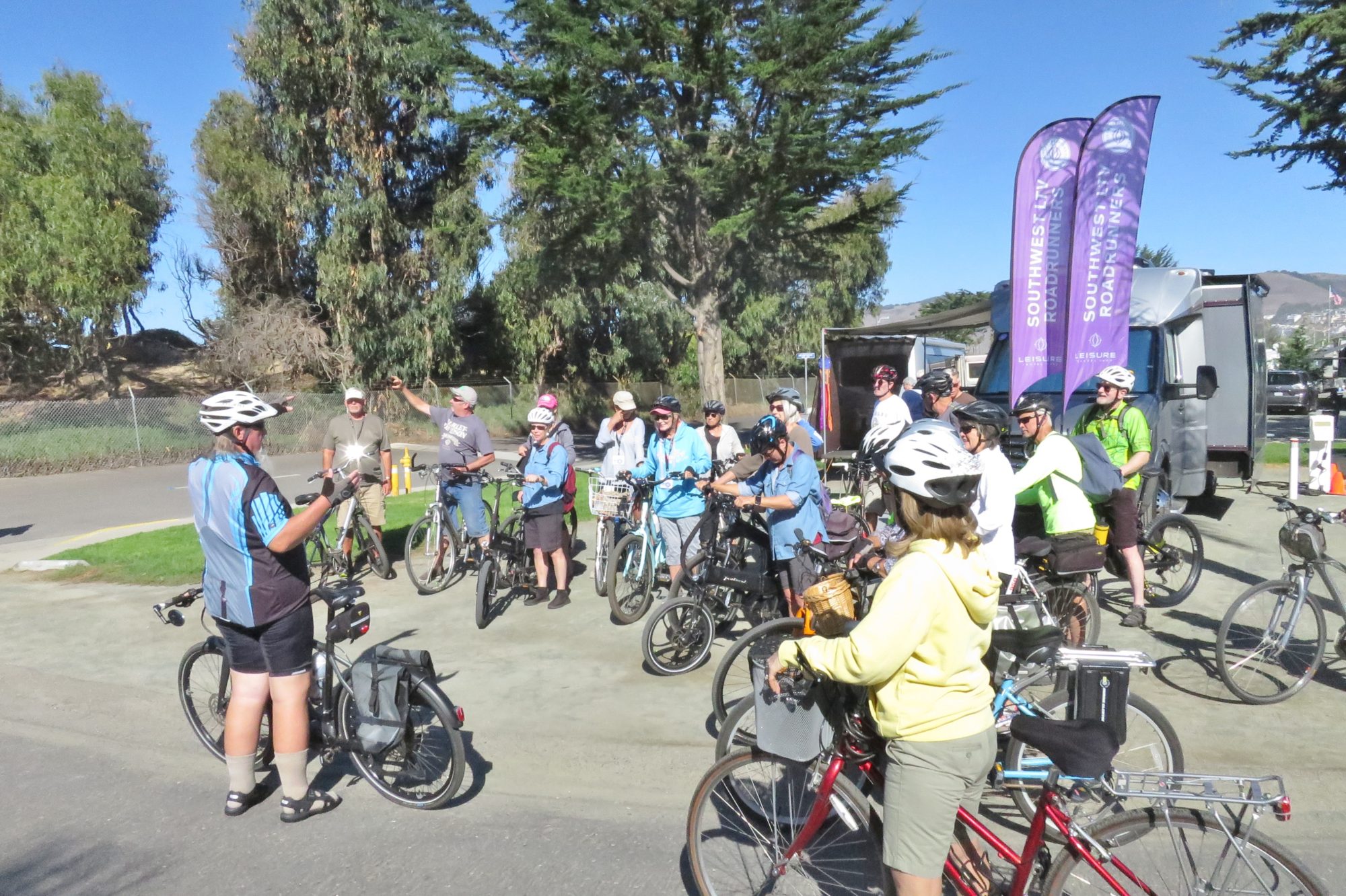 On Tuesday some brave souls opted for ATVing with Gordon Dupries on the sand dunes close by, while others chose to bike or hike to Fin’s Seafood and Sports Bar, where the food, margaritas, and conversation were heartily enjoyed. 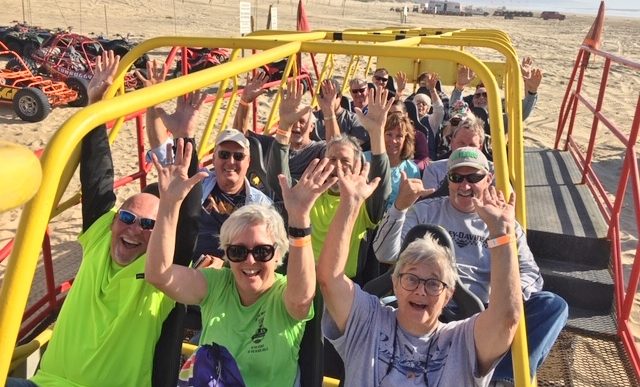 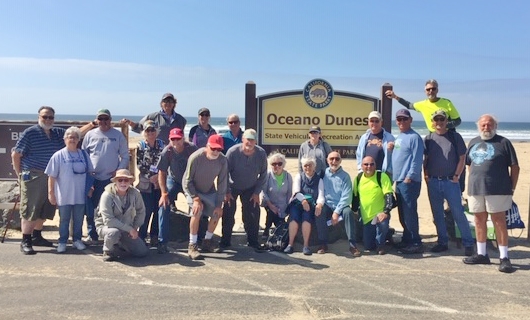 On both days Leonard Driver held tech talks in the clubhouse, where those of us seeking answers to questions about our rigs could find answers from those with experience. Terry Barber was particularly helpful to Bonnie and me with using our Winegard internet reception booster.

The evenings were spent with potluck dinners, where the dishes were invariably tasty, the conversation and laughter hearty, the Alaska trek memorialized, and the many upcoming trips were touted.

This first outing with the Roadrunners was an amazing introduction for us to a special group of travellers. We learned several helpful hints about our rig and gained new friends that we hope to see many more times. Thanks to all who made this outing so welcoming for us. We are looking forward to the next event. Life is good!

Our Southwest LTV Roadrunners RV Club is a group of dynamic and enthusiastic individuals from California, Nevada, and Arizona who gather together for myriad trips of different durations, locations, and interests. Our philosophy is to plan trips of short, medium, long, and epic lengths. Our shorter rallies include recurring trips to the Paso Robles Wine Country, California coastal hamlets, and the popular Annual Meeting at Pechanga in Temecula, California. There are longer rallies to the Albuquerque Balloon Festival with small rallies before and after, and the epic two-month journey in the summer of 2018 to Alaska. Whatever your preference, Southwest LTV Roadrunners RV Club has something that is sure to pique your interest. Wherever you're from, we invite you to join us along the way!