Where the Ozarks Begin

Devil’s Den State Park now protects the largest sandstone crevice area in the United States. The park is in the Lee Creek Valley, which is blessed with numerous sandstone caves, bluffs, ravines, rock shelters, and crevices. These exceptional natural wonders also attached a less than desirable crowd as they also provided excellent hiding places for outlaws on the Butterfield Stage Line from 1858 until the beginning of the American Civil War in 1861. Even with the onset of the Civil War, the rocky area was used by bands of Confederate guerrillas to both hideout and also as staging areas for conducting raids on the Union Army’s supply lines and civilian targets. The roads of the Butterfield Stage Line were also used by regular troops during the Civil War. Confederate and Union forces used the roads during the Battle of Prairie Grove and for the raid on Van Buren. The former town of Anna is contained within the park. It was destroyed by a flood in 1893. All that remains of the town is a cemetery, a well, and some foundations. The remnants of Anna can be seen along the Butterfield Hiking Trail near Junction Camp.

Lee Creek Valley was identified during the Great Depression as a valued site for a state park. Construction on the park began in 1933. Devil’s Den State Park was built by young men working for the Civilian Conservation Corps which was established during the presidency of Franklin D. Roosevelt to provide work for unemployed men from throughout the United States. The young men of the CCC lived in military-style barracks and constructed many of the recreational facilities at the park, including pavilions, trails, and the dam and spillway on Lee Creek that now forms Lake Devil. The park underwent an extensive renovation in the 1970s when the CCC-built structures were refurbished. Devi’s Den State Park is open for year-round recreation, including hiking, mountain biking, and equestrian trails. Additional features include the 8-acre man-made lake, several picnic areas, a swimming pool, cabins, and camping sites ranging from modern to primitive. 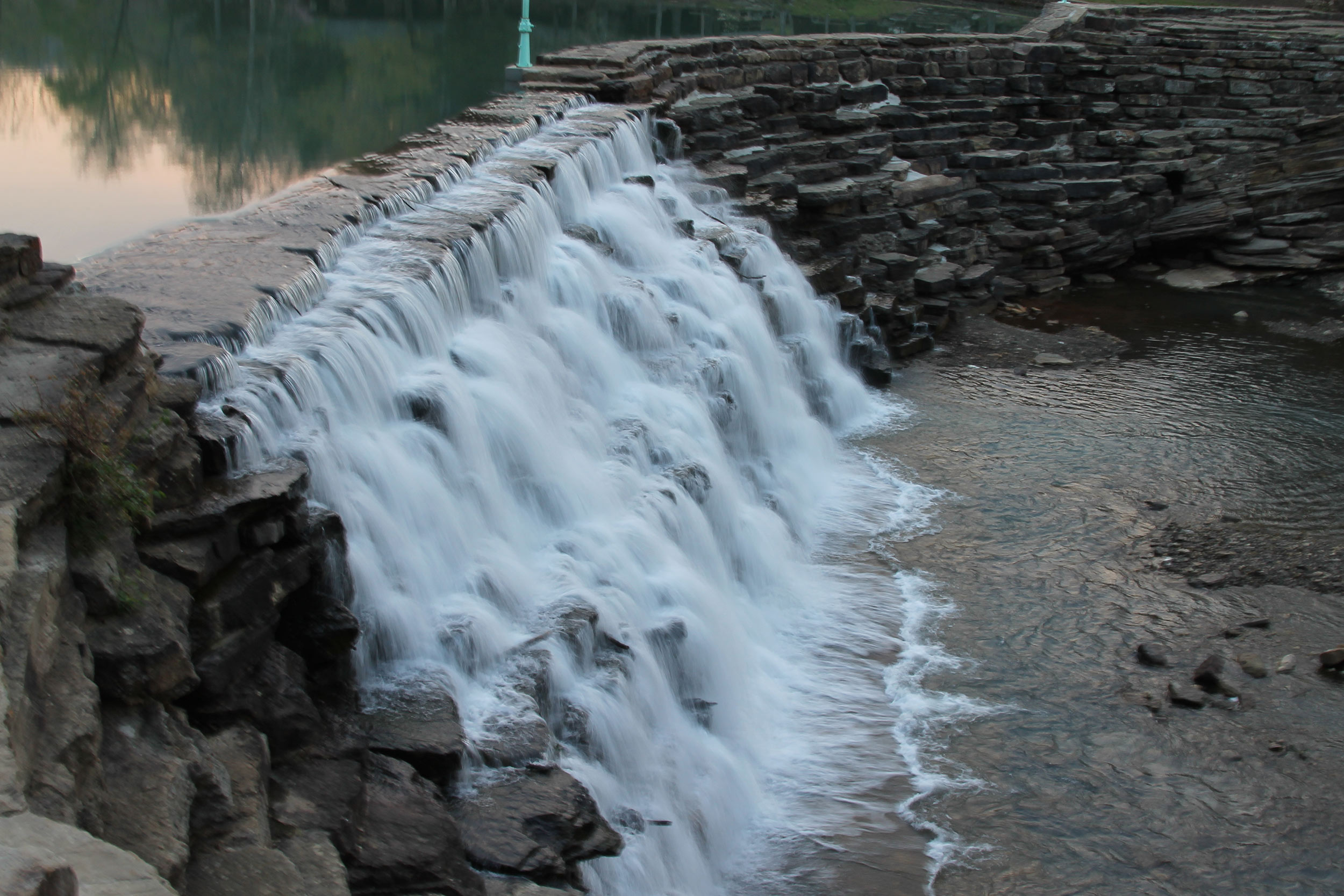 Devil’s Den State Park is now recognized as one of the best preserved CCC projects in the United States. It was listed on the National Register of Historic Places in 1994 for its CCC-related Rustic architecture.

Devil’s Den State Park is in the Lee Creek Valley of the Boston Mountains which are part of The Ozarks. The area is a high and deeply dissected plateau stretching over northern Arkansas and eastern Oklahoma.The rocks of the region are essentially little disturbed, flat-lying sedimentary layers of the Palaeozoic age. The highest ridges and peaks are capped by Pennsylvanian sandstone and shale. The deeply eroded valleys are cut into Mississippian limestones and below that layer Ordovician dolomites. Fossils of coral and crinoids will also be found along the banks and within Lee Creek during your walking adventures if eyes are kept open. Rockhounds will enjoy wandering among the many cracks, crevices, slips, slides, and formations within short walking distances.

The caves, ravines, and crevices were partly formed by slippage in sandstone formations. The Devil’s Ice Box, once the most visited cave in the park, is named for the cool air that rushes out of the cave. Air enters the cave at a point higher on the mountainside and is cooled as it drops through the mountain and exiting at the mouth of the cave.

The park features 17 full-service cabins and 143 campsites. The cabins are along Lee Creek. All are ” rustic” with fully equipped kitchens plus heating and air-conditioning. The cabins, with stone fireplaces, are open year round. Devil’s Den State Park is home to 146 campsites of various nature. Many of the campsites have electric hookups and running water. Others are little more than a cleared and level patch of ground on which to set up a tent.
Devil’s Den State Park is home to approximately 64 miles (103 km) of trails that are open to hiking, mountain biking, and horseback riding. There are 7 major trails that range from 0.25 (0.40km) to 15 miles (24 km) in length and with correspondingly variable challenge levels. While this Park is well regarded for its bat caves, unfortunately, they have all been closed to the public since April 16, 2010, due to the spread of a fungal infection called White Nose Syndrome. Hopefully, our little bat friends will soon see this situation resolved and we will be able to visit each other once again in this natural treasure of a State Park.