According to Napoleon Bonaparte, an army marches on its stomach. When Bill and BJ Sprague rolled into our Fall Rally in Kennewick, WA towing Bill’s custom-made grill/smoker/stove/ wok/Bar-B-Que trailer I knew that Napoleon would have been jealous of how we planned to address this part of our Rally. The twenty-five or so LTV vans that showed up may march on diesel, but their occupants were going to march on fajitas and good Bar-B-Que smoked beef and pork!

This was our third Rally in about a year and a week – not bad for a regional LTV Club that was moribund until Tim Wickham took over leadership a couple of years ago and boosted membership to about 140 members all of whom either own or have on order an LTV and live in the Pacific Northwest. For the Fall Rally, we returned to the Columbia Sun RV Resort. Central Washington is a warm place to be in late September and is unlikely to have any rain as it resides on the eastern side of the Cascade Mountains.

The plan was to use Bill’s “Super Cooker” to prepare fajitas for the gang on Friday evening and do all day smoker cooking on Saturday. As is the custom everyone brought side dishes to share. 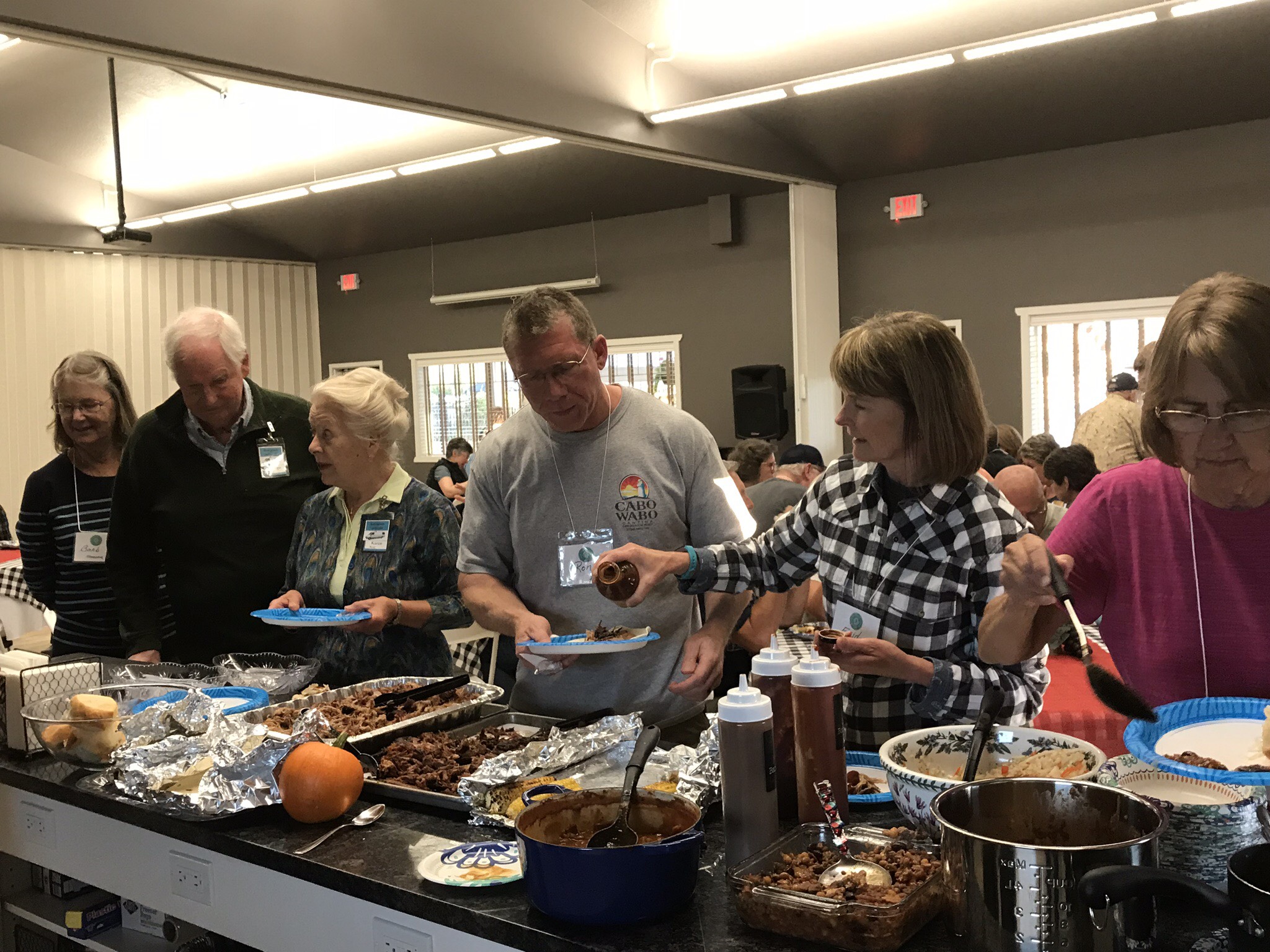 A noticeable difference between our 2018 and 2017 Kennewick Rally was the increase in the number of e-bikes present – last year one couple brought their bikes for all of us to try out and in 2018 something like six pairs showed up. We did not bring ours as this was to be a short trip for us but learned on a 5-month, 15-state, 11,500-mile trip last winter that what we missed was the ability to poke around within a five-mile or so radius of where we were camping without relying on a towed vehicle or Uber. I applaud those who can use regular bikes this purpose but for me that ship left the dock a long time ago. LTVs and e-bikes are made for each other!

Like most LTV rallies I think that the main activity is meeting other owners and looking at the “improvements and modifications” they have made for their vans. The span of experience at our three rallies has been huge varying from “this is our first trip” to “I’m on my way home after a four-month trip all the way to New England and back via the Winkler Rally on the return.” 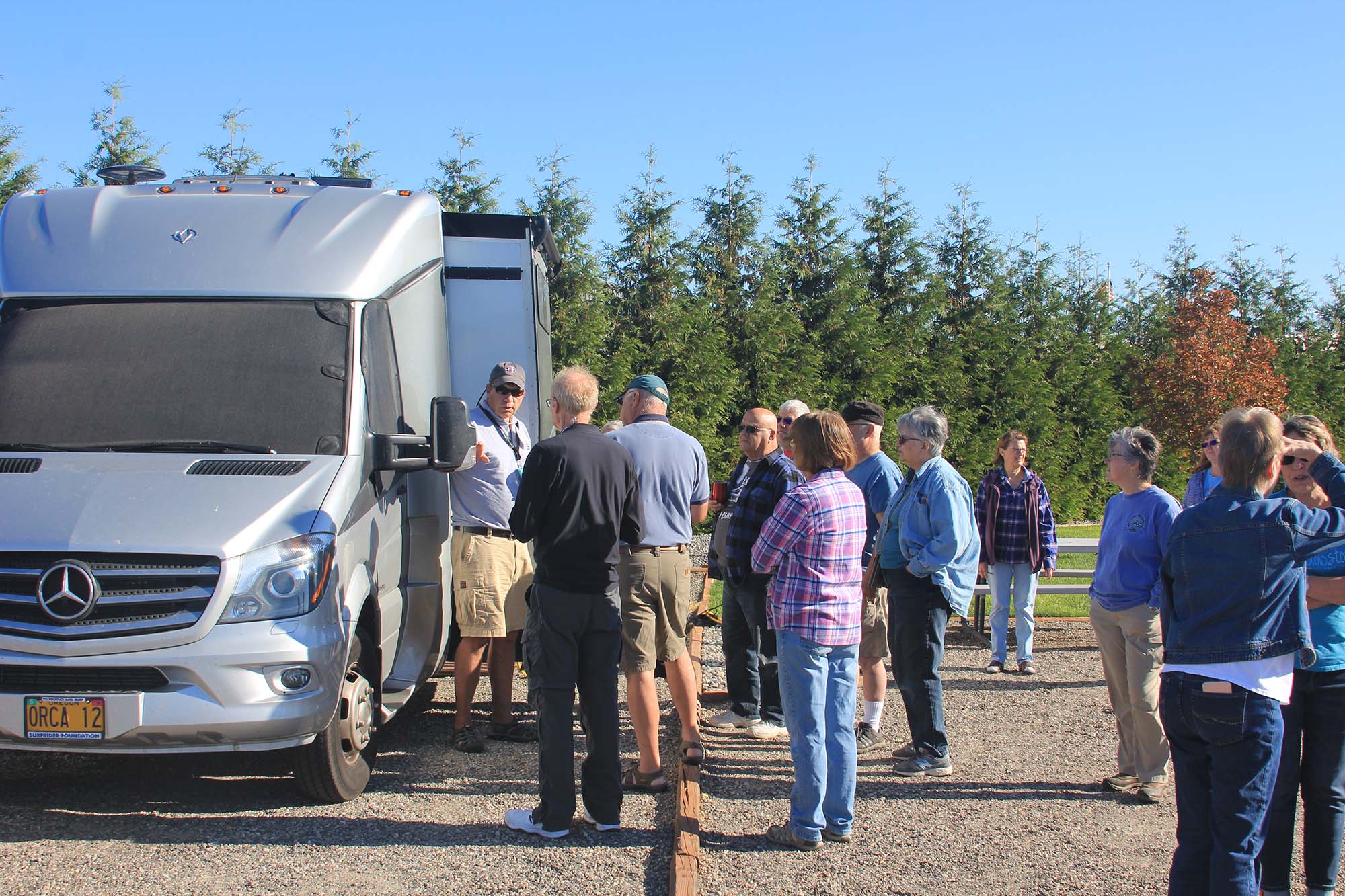 No one, however, was as experienced as Bill & BJ who, in addition to hauling in the cooking trailer, were also the leaders of a great Saturday afternoon session covering all things RV. They lived aboard various RVs for over three years full time, travelling all the while, and have owned an RV (40 to 23 feet) for about 20 years. Bill is the technical guy, a former Navy pilot, who can fix all things RV. BJ is the planner, program director, and finder of interesting things to do wherever they alight.

Columbia Sun is a great RV resort featuring homemade ice cream every evening, a wine-tasting on Saturday evening sponsored by a local winery and the usual Karaoke where prudence had us join up with some local people who could actually sing. Somehow wine tasting and Karaoke seem to go together – lots of laughs and short memories maybe? 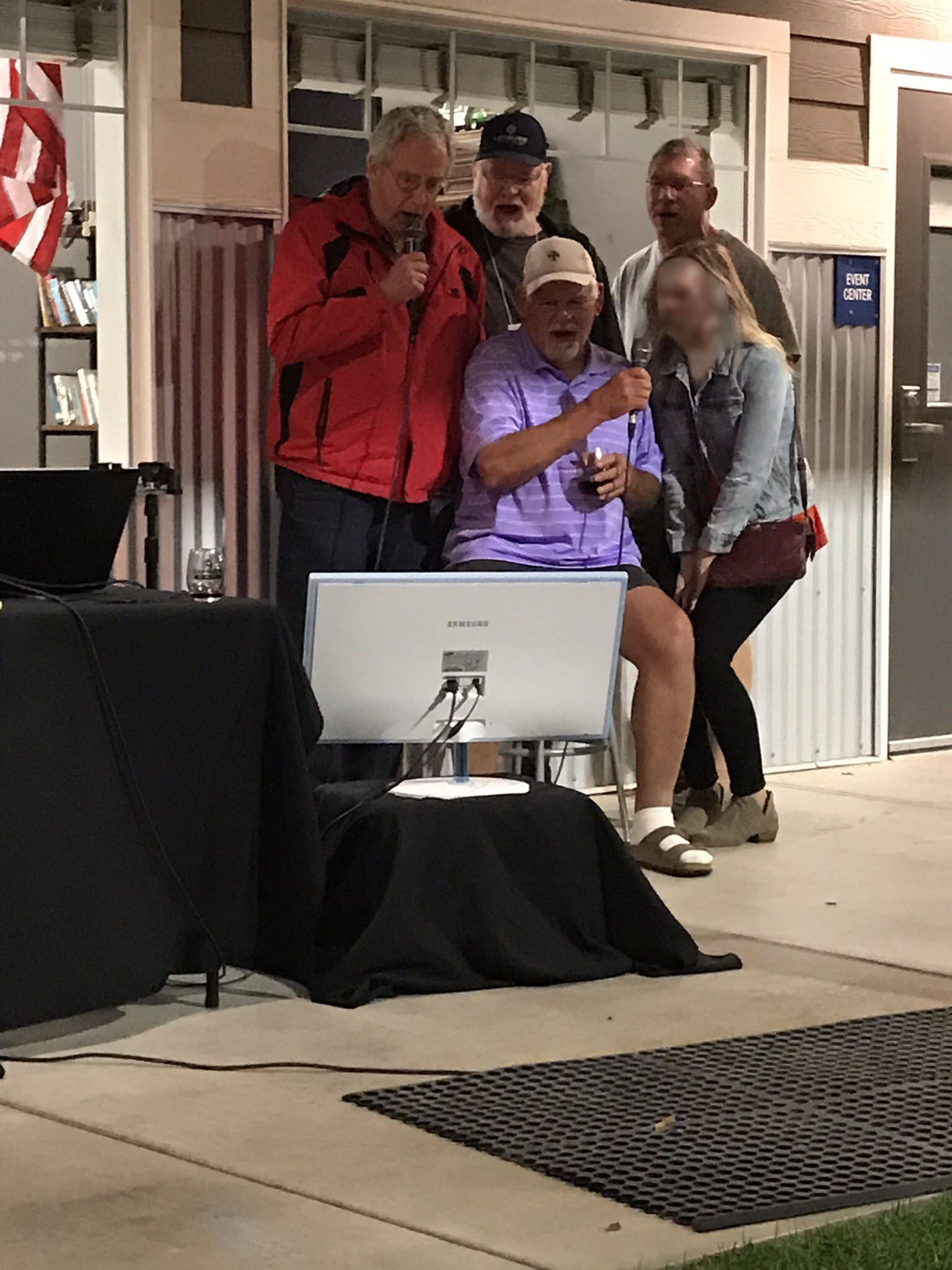 Sadly, on Sunday morning the vans started pulling out. Like all rallies, lots was learned, new friends were made, older friendships were strengthened with everyone really looking forward to getting together again with other members of their LTV family. First, though everyone had to line up for the group photo. 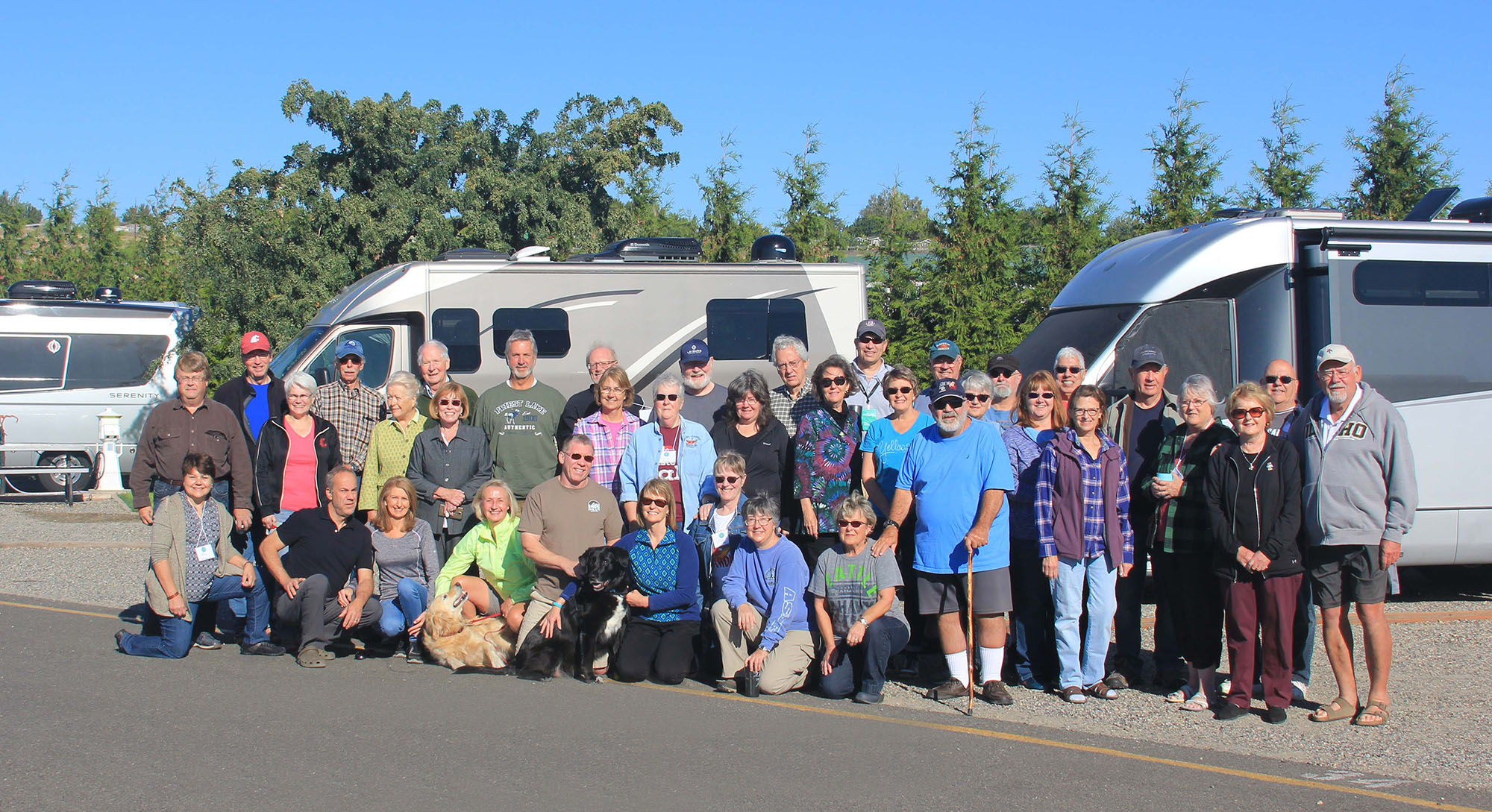 As most of you know we had a successful Rally in Kennewick this fall. It was the general consensus that we return next year on the same weekend.

Columbia Sun RV Resort (509-420-4880 www.columbiasunrvresort.com) has set aside 20 sites for us for next year Sept 21 thru Sept 24 and will hold them open until April 1st. After that date it will be reservation on a space available basis. I know it is a year off but better sooner than later to reserve your site. Last year we started with only 10 sites held until Feb 22 and we ended up with 20 Vans. The Resort did a great job of getting all 20 of us together. Lets try and exceed that.

Looking to have a Spring Rally so would like suggestions for dates and location.

Thanks for your support,
Tim W

Update: This rally is Sold Out. We’ve reached 25 coaches and can’t accept any more at this time.

No Hookups, single water spigot in the shared campsite, and a dump station nearby. We will have a class on dry camping, discussing how to conserve power and water for a weekend of dry camping. Potluck dinner on Saturday night.

Silver Falls is the “crown jewel” of Oregon State Parks. The Trail of Ten Falls is an amazing hike, but other trails and bike trails thread through this beautiful park.

Total number of vehicles will be limited to 25, so the first deposits received will confirm the reservations. Two night deposit is $40.00.