We Signed up for a New Life

We did it. We signed on the line and put our house up for sale. Emotions were real. Real loud (at least for Jimmy). I was just plain excited. All I could see was the next step in our journey to full-time living and I just couldn’t wait to get it on the market to see what people thought. You see, we remodelled just about every square inch of this little house and we made it spectacular. We made it smart. We made it the house that people stopped to look at as they drove by. We loved it and I wanted to know if others felt the same. 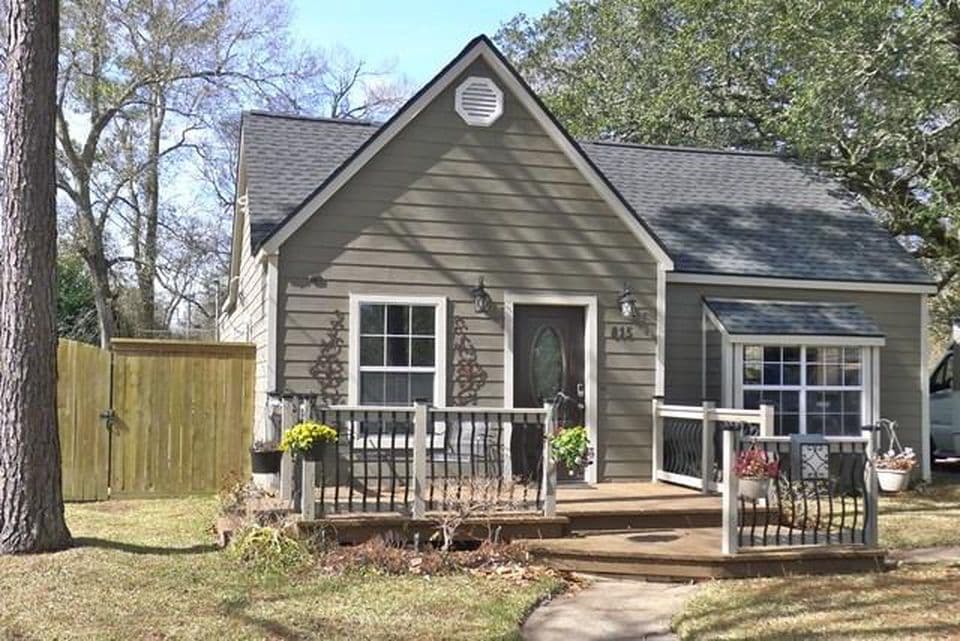 Then reality set in. Showings come with hurdles; they are a big pain. It means someone else is going to be living in our house. Showings mean we couldn’t finish getting rid of all our things as a furnished house sells better than an empty one. Showings mean that we had to keep our house spotless all of the time. Showings mean we are displaced every time they show the house. But they get the job done and are a vital part of the whole process.

Our biggest hurdle?  We sold our second vehicle months earlier as we downsized, so we only had one vehicle. This would have meant that one of us was always going to have to figure out what to do with themselves, two dogs and a cat during every show. But luckily, we already had our LTV and it was conveniently parked in our driveway! 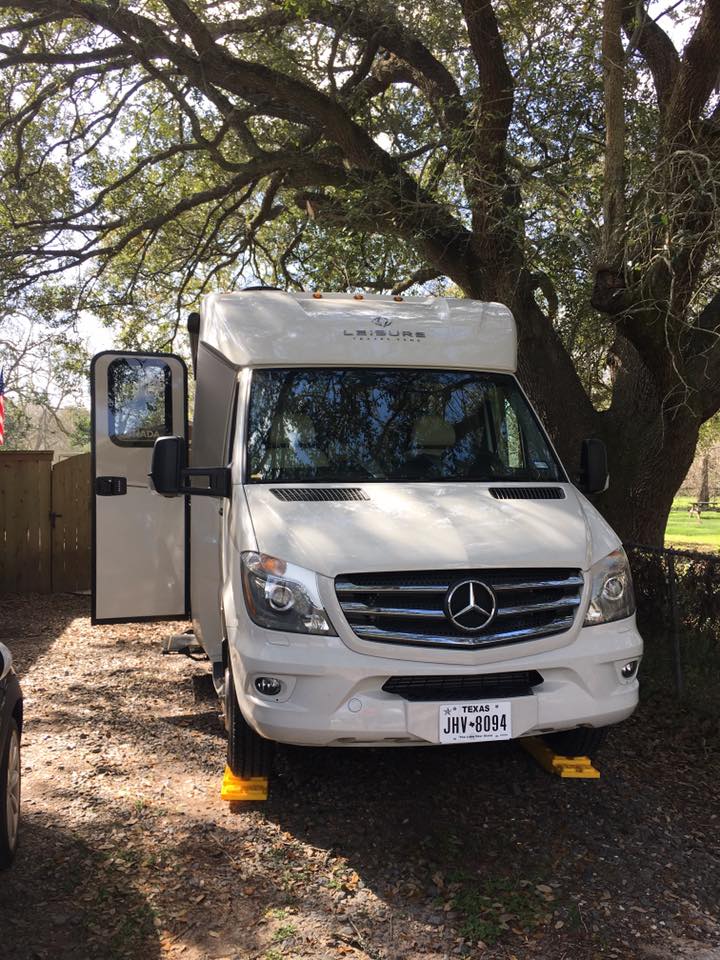 Spending hours out in the LTV was as good as being in the big house! It was way better than sitting at a McDonald’s or looping around the block for hours. Or walking if one of us happened to be at work. We also could peek out the window and see who was looking at the house (don’t tell on us). We also got to spend time in the LTV organizing, installing interesting stuff and in Jimmy’s case, sleeping after working graveyard shifts.

The remaining hurdles had to be dealt with one at a time. Some were mental, some were physical and some were just plain logistical.

Well yeah, the whole selling the house you thought you would retire in is hard. We just had to get over this one as there’s a bright and scenic-filled life waiting down the road.

I had an emergency appendectomy right after we signed. It wasn’t fun, but I’m ok. I was limited to only picking up 10 pounds or less for a while and this left a lot to Jimmy (sorry babe).

Oh man! It’s not like we were moving to another house or had plans to later. When we closed, the house was supposed to be empty and we had a lot to sell or get rid of. But the realtor wanted us to keep the house furnished until we got a “clear to close” status from the buyer’s financing. We weren’t sure how we were supposed to sell it all when that status doesn’t usually happen until a week prior to closing! We considered moving everything to storage and selling later but decided to offer it all up to the potential buyers and see what happened. Fingers were crossed!

We received a contract from the very first showing which was less than 24 hours after we listed! This was when things became very real for me. We were selling our house. Holy cow! Wait, I’m not sure I want to! But, I did. That was hard. The showings continued for a week while we waited to see if any other contracts came about but it seemed like we would be living in the LTV much sooner than expected.

Those reactions to the house I was wondering about? Yeah, they were all great. The best one was “OMG, this house is FABULOUS!” One week after our listing was published, we had shown the house 17 times and had received 9 contract offers!

Fast forward 2 months and you will find that we closed just over a month after listing the house and have officially been living full time in the LTV for a month. The situation has not been ideal as we are both working different schedules. This means someone is always stranded or having to find something to do while the other one sleeps. It hasn’t been nearly as hard as we expected, but not particularly easy either. Luckily the RV Park we chose is quiet and not terribly far from work. 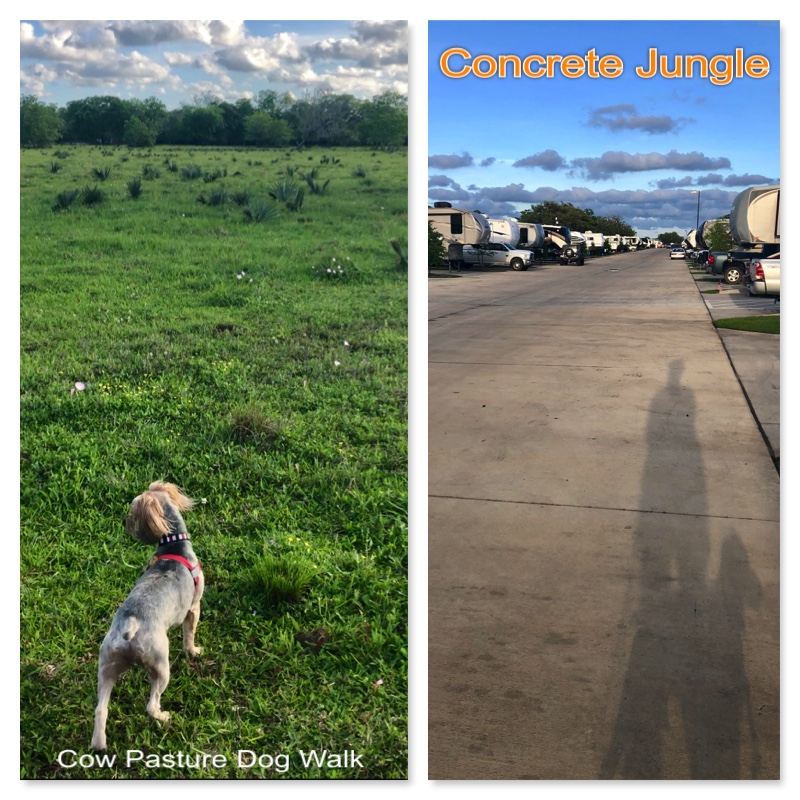 We stayed in this first ‘resort’ park for 1 month. For our purposes, it was great. Even if it was a concrete jungle. We didn’t use many of the facility perks – only their WiFi and popcorn. We were spurred to move on when they switched us to a daily rate at the end of the month. Jimmy really had a hard time giving up the popcorn.

We moved out to a County Park on the beach and LOVED it! Wildflowers were blooming, walks on the beach were relaxing and migrating birds singing outside lulled us to sleep…. It was hard to leave! 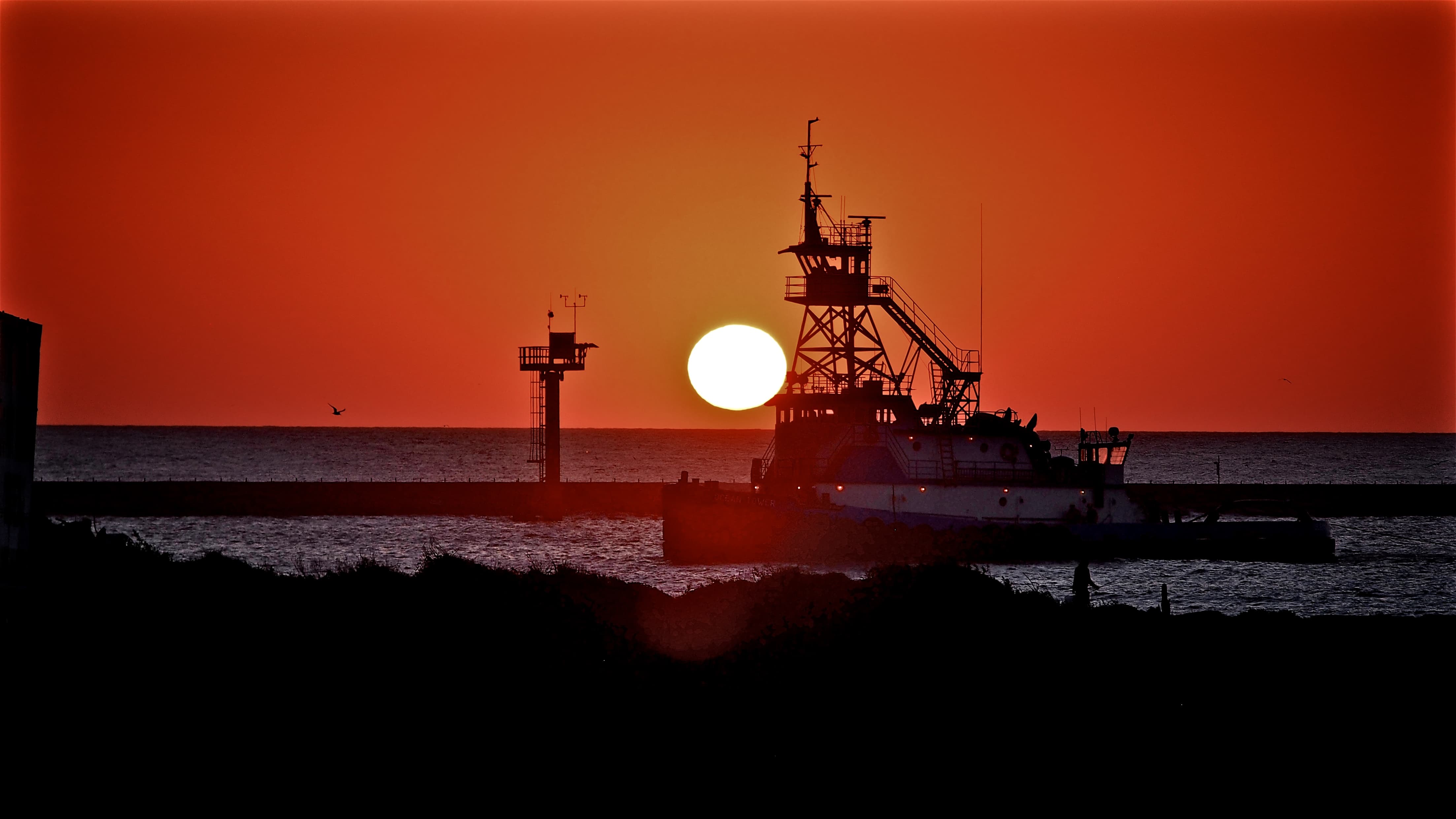 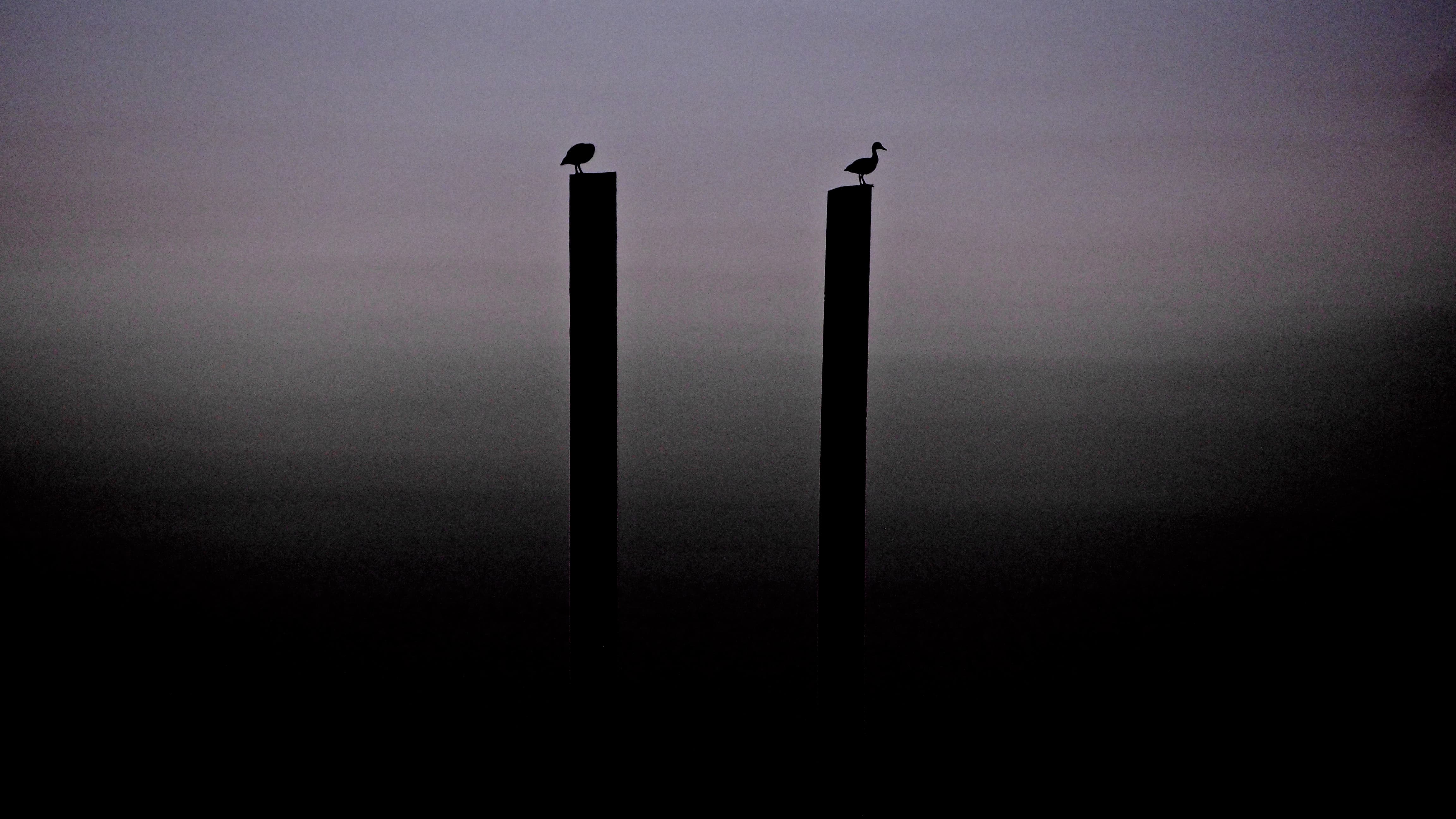 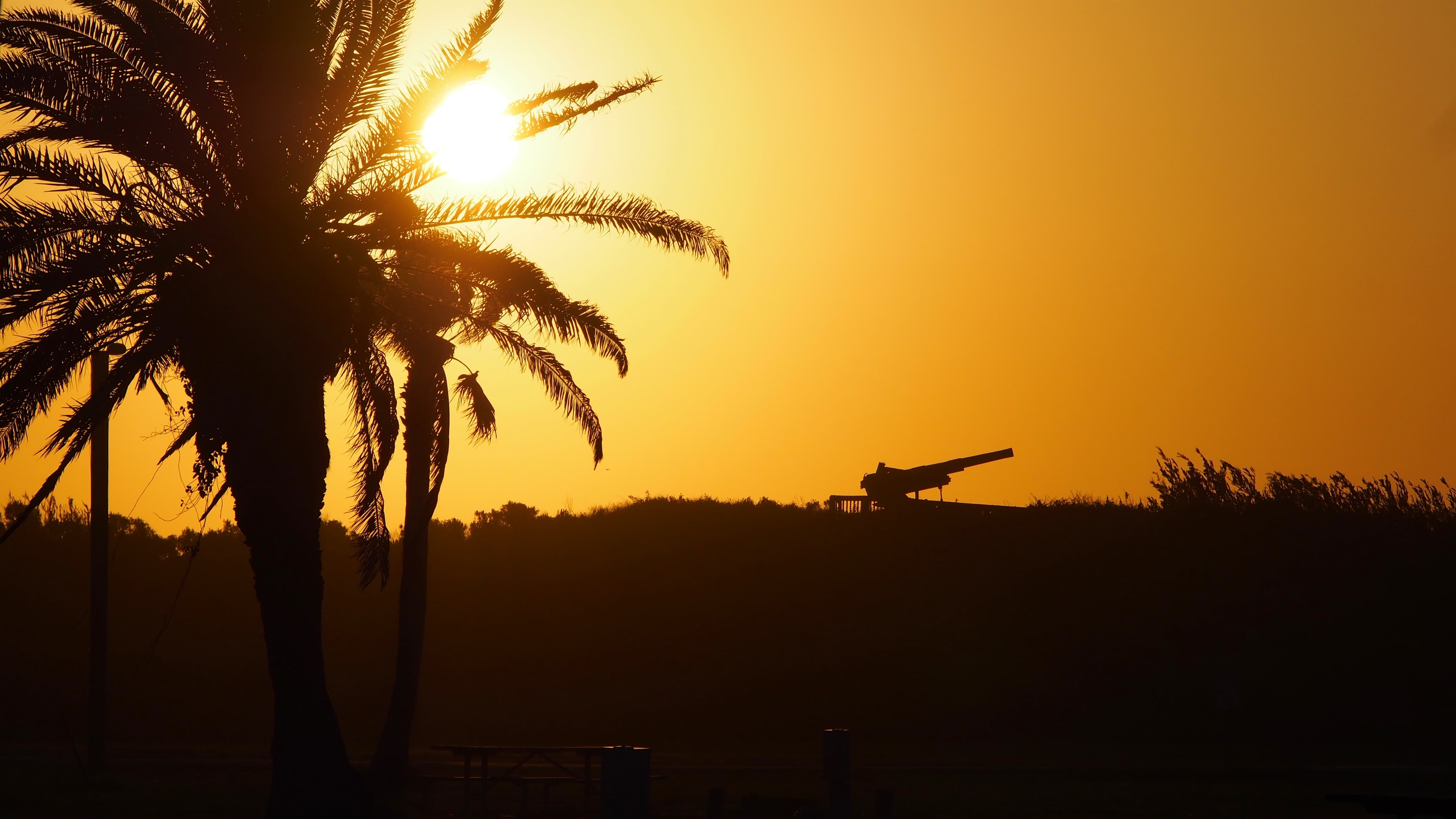 April 17 was Jimmy’s last day of work. April 18th marked our first true day of freedom and the beginning of Full-Time RV Life. Will we miss family members that live locally? Yes! Do we miss the house? Surprisingly, no! And the furniture crisis was averted when the buyers asked for most of our furniture. We actually only had to sell a few things and donated just one carload. Waiting and the minimalist game paid off.

Are we still scared to embark on this new way of living? Sure, but we are ready!

Did everything we need fit in the motorhome? Gosh, we hope so. Honestly, I feel we have too much and plan to reevaluate monthly. Do we miss our “hometown” or jobs? Nope, but we sure do miss the people! 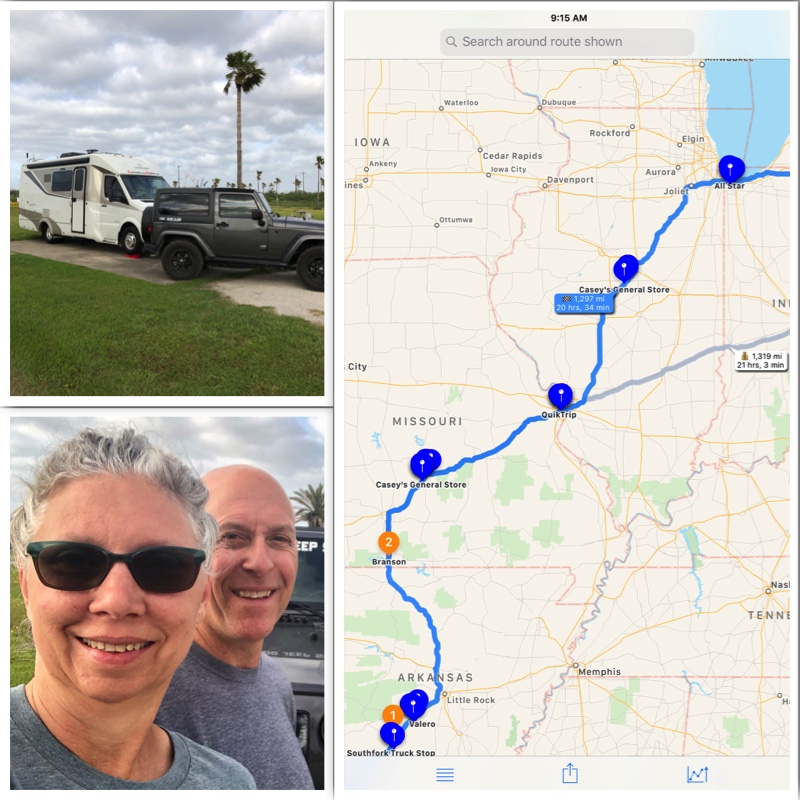