Our lives changed on June 15th, 2017.  We picked up our Serenity in Langley BC, and everything now seems a little different.

My wife Kaitlin and I (Ben) had been throwing around the idea of getting a motorhome for a while.  We own and operate a yoga and wellness business called In Balance which requires us to travel, mostly by car, around Western Canada.  We have spent the last few years making trips to and from Vancouver Island, through Central BC and from Lethbridge to Fort McMurray, Alberta. 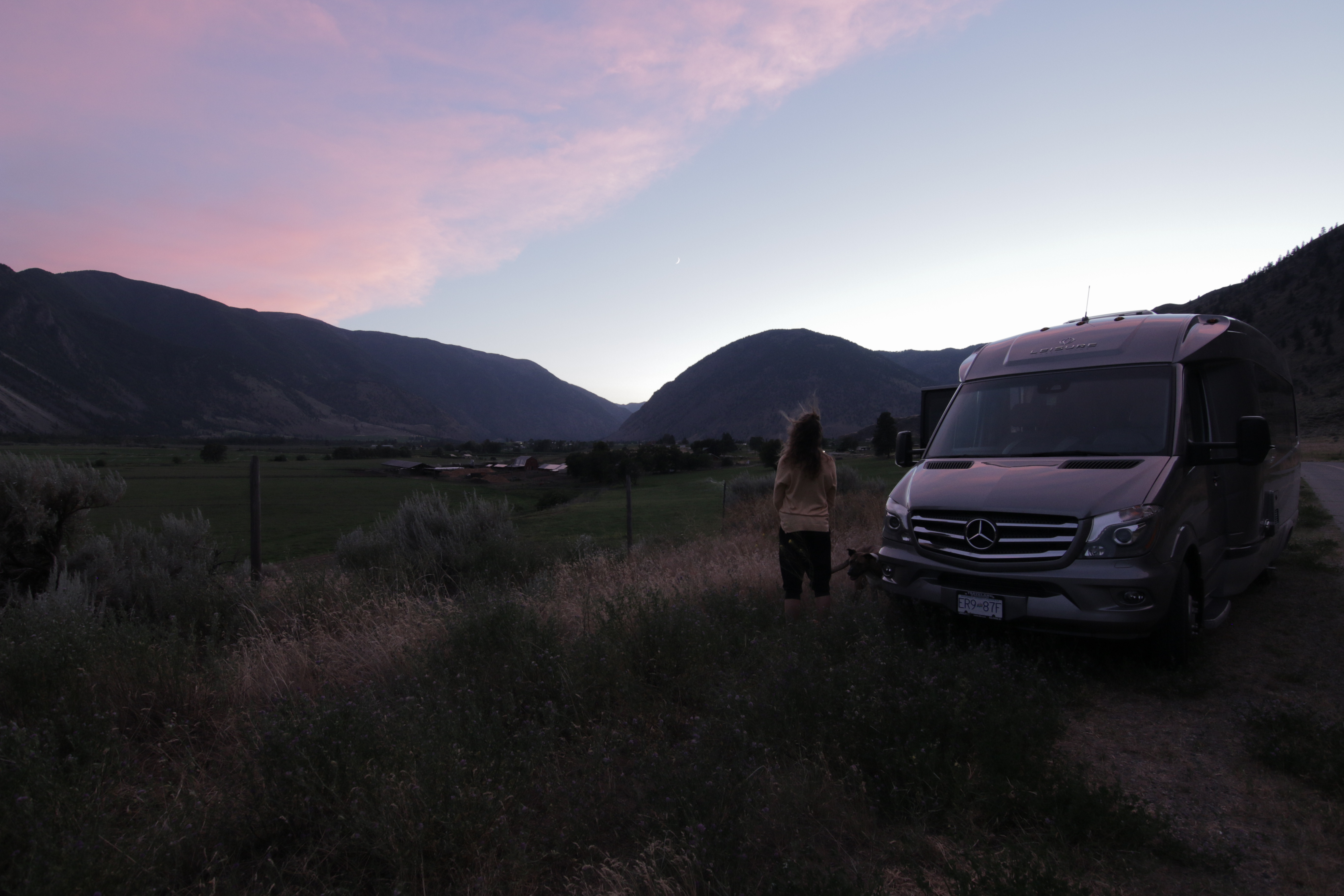 Along the way, we have always crashed with friends and the odd hotel.  We love visiting the friends we have made along the way, although there is a point when dropping into people’s lives, taking up a bed, using fridge space and debating whether or not our dog (Teagan) will be allowed in the house gets a little old.  People are so gracious to open their lives and homes for us, and we are grateful for the acceptance of every late arrival and longer than anticipated stays, but something had to change. 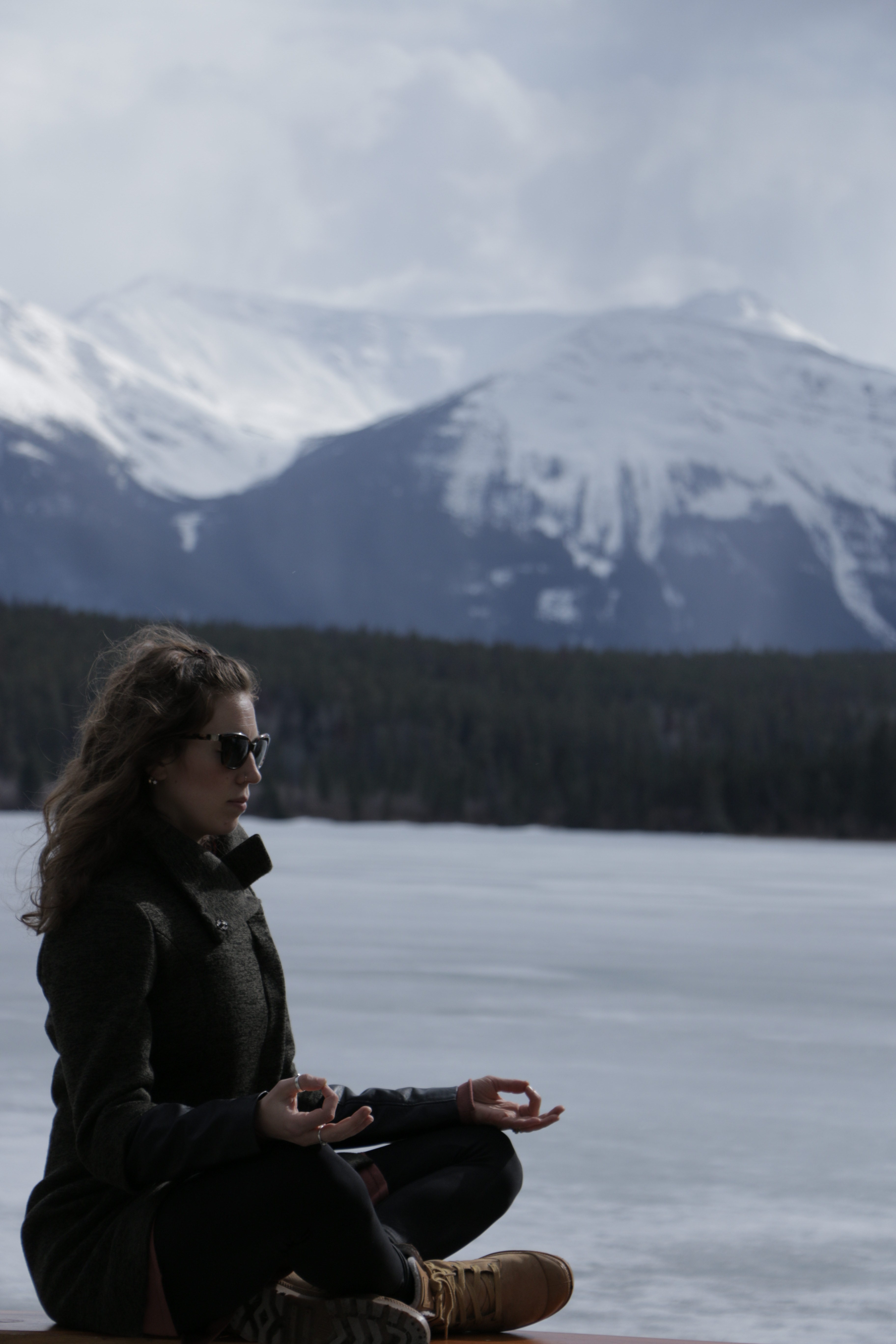 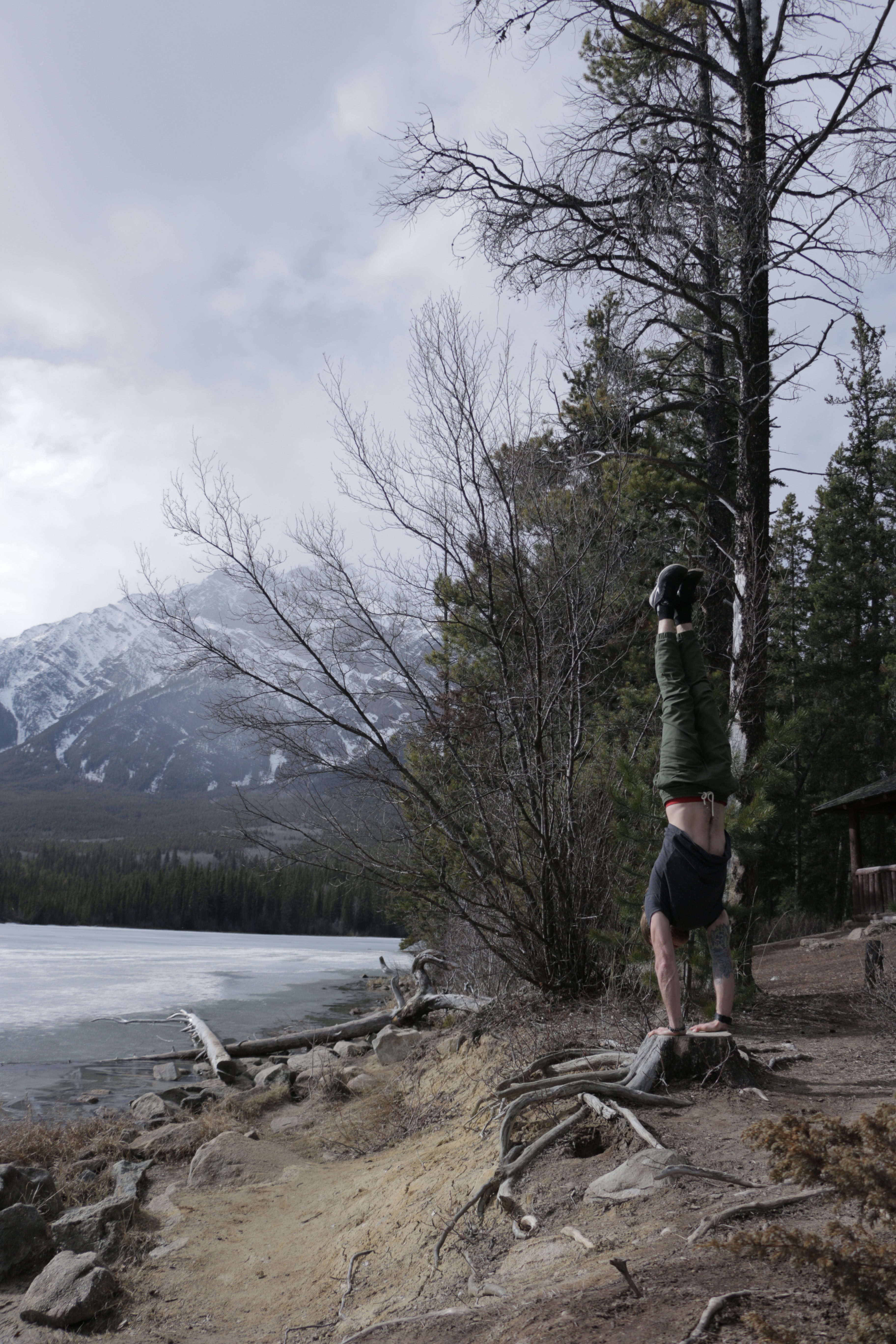 We were introduced to Leisure through some friends of ours who attended one of In Balance’s Yoga Teacher Training in Nelson, BC.  They came for the two weeks and instead of sleeping in the retreat centre, they crashed in their Unity.  Needless to say, we fell in love.  Honey was her name and we were smitten.  Kaitlin decided in that moment that one day we would own one.  Based on this post I think you know how that turned out.

Kaitlin and I have gone through some major changes in this last year or so.  As of May 2016 we had been living in Fort McMurray, Alberta (North of Northern Alberta), I was working as an electrician in the oil and gas industry and Kaitlin successfully starting and operating the first yoga studio in town.  As I clambered at all the overtime I could find to appease our “5-year plan” to make bank and get out, Kaitlin built a community of like-minded people we had struggled to find anywhere else in the world.  In Balance grew, it brought people to Mexico for retreats, it trained a new wave of yoga teachers to start spreading the love through a very industrial town, albeit with a hidden hippy heart.  Kaitlin was even asked to speak at TedEx when they came to town, which she nailed with my open ears to practice on of course ;).

Then came the Fort McMurray fires.  If you don’t know about these fires, they were a series of massive forest fires which just happen to take a path right through the city of Fort McMurray.  There was a mass evacuation of 80,000 people on the one highway out of town, there were 2,400 homes lost to there fires and many lives changed forever.  Luckily, Kaitlin and I were not in Fort McMurray at the time of the evacuation, we were in Victoria BC.  Kaitlin’s father was diagnosed with lung cancer almost a year prior and we had been spending a lot of time on Vancouver Island.  He is rocking it by the way, as of the end of July he is going strong as NED (No Evidence of Disease).

Unfortunately, our home was lost, albeit not directly from the fire.  The house two doors down had a gas leak when services were returned to our neighbourhood, a spark from a fridge or some other appliance turned the home into a giant bomb.  This bomb destroyed our home along with 5 or 6 others.  All this was almost two weeks after the fire came through and missed our neighbourhood completely.  This is why I mentioned May 2016 as our exit date from Fort McMurray.

All these changes allowed for some serious thoughts and evaluations of how we approached our lives.  At this point, Kaitlin had less and less work in Fort McMurray, and I was flying into town and working ten days and flying home for ten days.  This was great except ending this commuting lifestyle was the reason we had move to Fort McMurray in the first place.  So what did I do?  I quit my job of course!  I pulled up my socks and for the first time in my life, I actually committed to chasing a dream.  I am a videographer at heart, have been since I was a kid playing with my parent’s LARGE camcorder, portable VCR and all.  I quit my secure electrician job and took a page out of my amazing wife’s book to follow a passion. 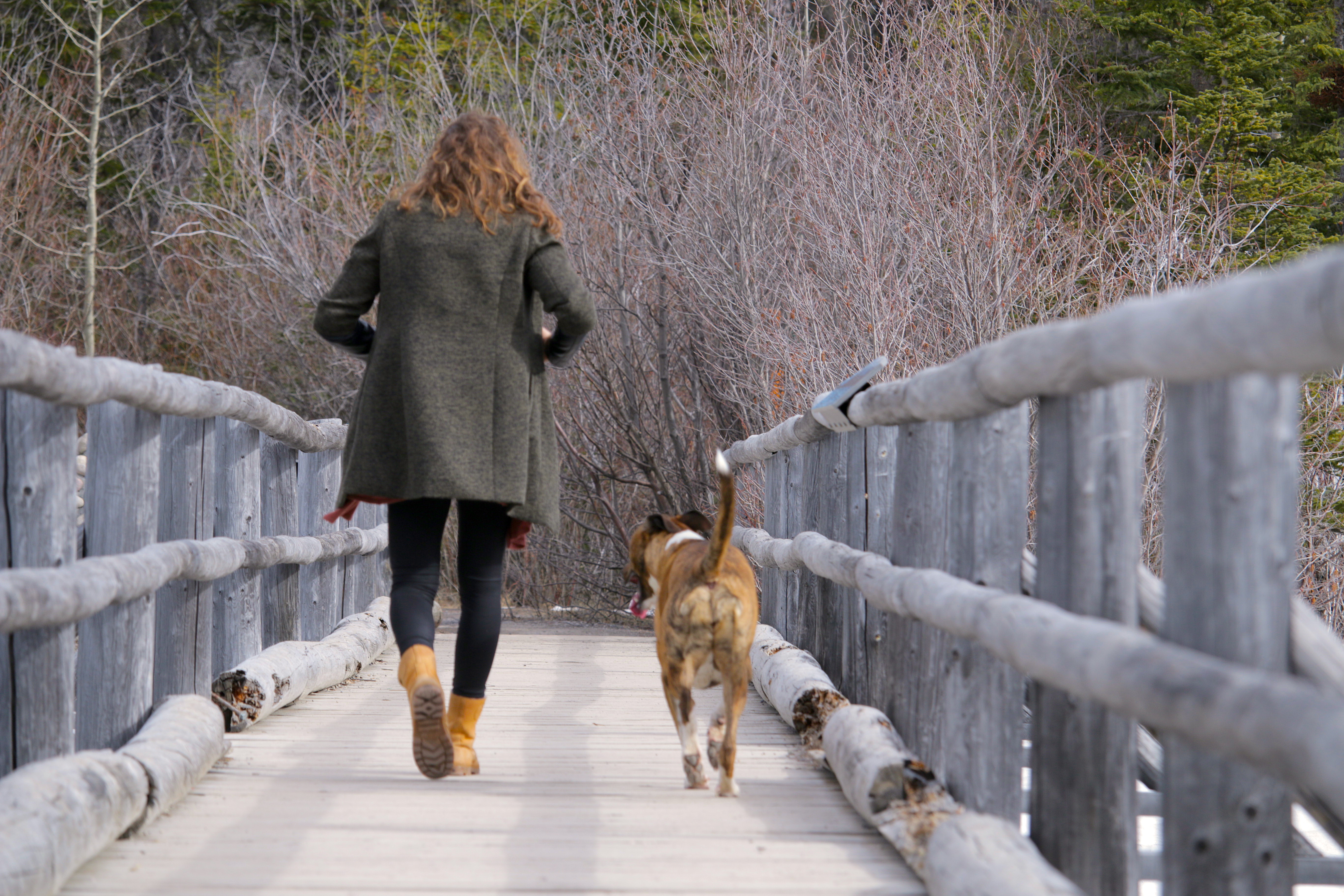 Just so happens Kaitlin loves to be in front of the camera, she loves sharing her gifts of yoga, functional movement, exercise physiology and the list goes on.  She amazes me every time we work together.  I am finding my home in this life.  It has been scary and has not been the easiest thing I have done, I’d say most likely the hardest, yet most rewarding.  We are launching a new website, www.inbalanceforlife.com, Fall 2017 and will be having a full video platform for all the In Balance For Lifers to sign in and be able to access the Body Intelligence Yoga (Kaitlin’s flavour of yoga) from wherever they are.  One of Kaitlin’s biggest pet peeves is not being able to be EVERYWHERE ALL THE TIME.  She rocks into a town teaches a workshop or training, then is gone and with the amount of passion and knowledge she leaves behind we have found people asking for the teachings to be repeated.  So we are building a way for people to have access whenever they want.

As part of this new business model, we are filming our butts off and building as much content as possible, all the while continuing to travel.  That’s where Tootsie (aka Toots, our Serenity) fits in.  Transitioning full time into our Serenity now seems like a no-brainer.  We can bring the whole In Balance Headquarters anywhere we need to be, camera gear, computers and yoga equipment alike.

I hope you like this short video of our maiden voyage through BC.  We are working hard and will be having much more content to share both on the LTV blog and on our website mentioned above.  We would love for you to come along on the journey and maybe we will meet you home away from home somewhere in the world. 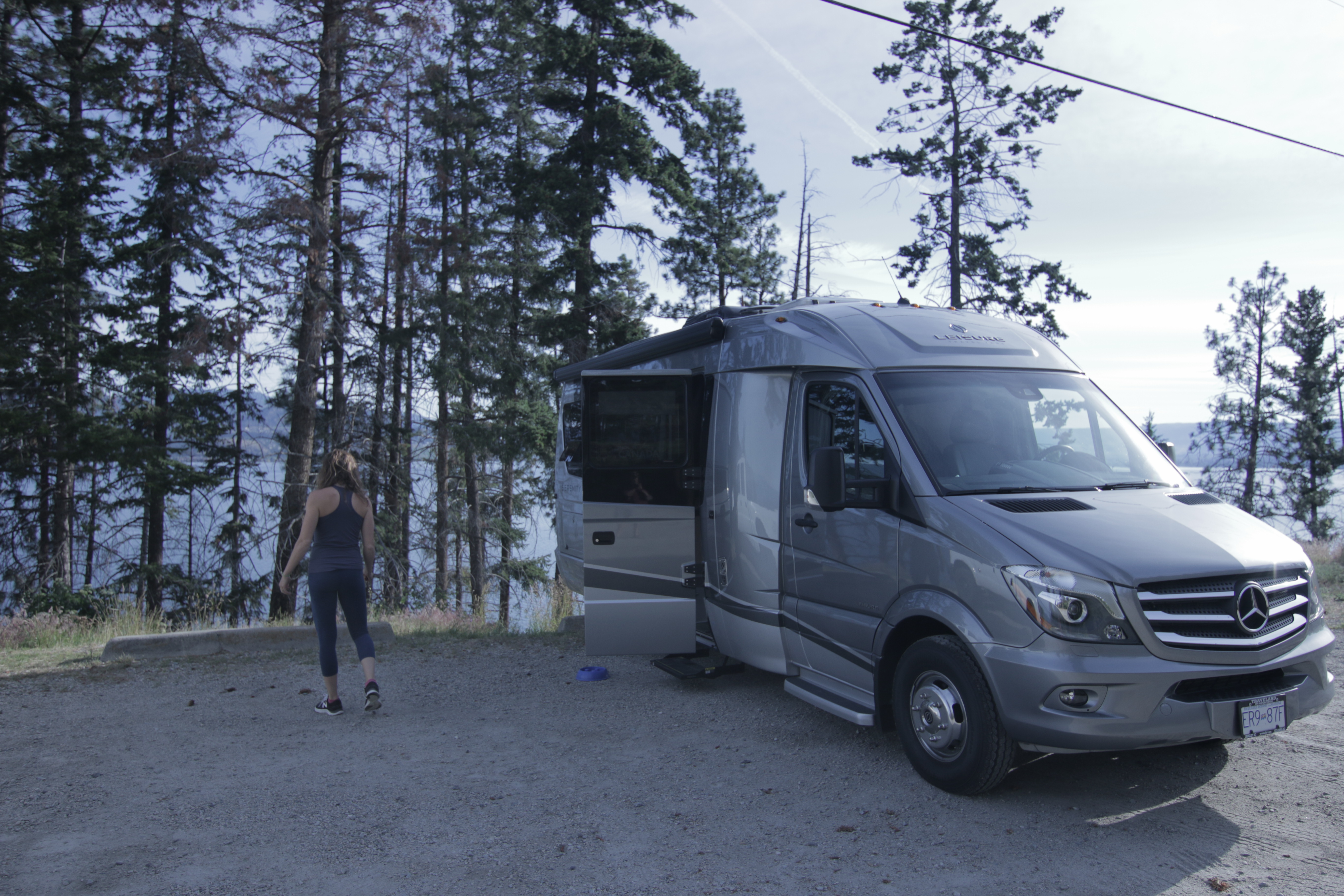