One of my favorite parks to tour in my Free Spirit is Bryce Canyon National Park in Utah. I visited in mid march which meant that there was still snow on the trails but it was not crowded at that time of the year and there was plenty of parking. The views are incredible. One has to see the rich red and orange colors of the hoodoos to really appreciate them. 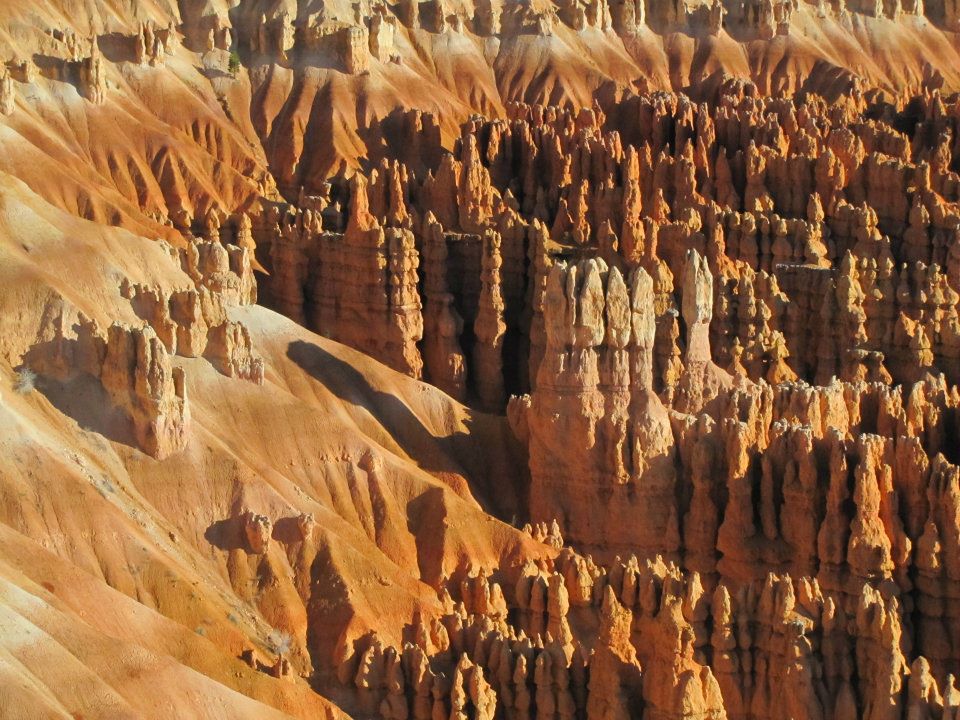 I wanted to stay longer but a winter storm was on the way which ultimately dumped several feet of snow on the mountains.

The national park lies within the Colorado Plateaugeographic province of North America and straddles the southeastern edge of thePaunsagunt Plateauwest of the Paunsagunt Fault (Paunsagunt is Paiute for “home of the beaver“).[9]

Park visitors arrive from the plateau part of the park and look over the plateau’s edge toward a valley containing the fault and the Paria River just beyond it (Paria is Paiute for “muddy or elk water”). The edge of the Kaiparowits Plateau bounds the opposite side of the valley.

The Bryce Canyon area shows a record of deposition that spans from the last part of the Cretaceous period and the first half of the Cenozoic era. The ancient depositional environment of the region around what is now the park varied. The Dakota Sandstone and the Tropic Shale were deposited in the warm, shallow waters of the advancing and retreating Cretaceous Seaway (outcrops of these rocks are found just outside park borders).[18] The colorful Claron Formation, from which the park’s delicate hoodoos are carved, was laid down as sediments in a system of cool streams and lakes that existed from 63 to about 40 million years ago (from the Paleocene to the Eocene epochs). Different sediment types were laid down as the lakes deepened and became shallow and as the shoreline and river deltas migrated Source: Wikipedia.