For those of you that have not had a chance yet to attend the Leisure Travel Vans Annual Fall Rally in Winkler Manitoba Canada I thought I would write about our experience attending our first one. It was an absolutely phenomenal event and I would highly recommend attending if you ever get a chance. This year LTV used a lottery system to select the 79 RVs that attended and that method will help to widen who has an opportunity to participate in the rally in the future.

Everyone arrived on Wednesday, September 5th and were escorted to their preassigned location at the Winkler Bible Camp. There were some electric and water hookups and a centralized dumping station. The first activity was a Meet and Greet which included an Ice Cream Social with some very unique flavours like Charcoal Honeycomb (odd colour but great taste) and Lemon Raspberry Cheesecake. We started meeting fellow LTV owners and had great conversations about travelling adventures. This engagement continued through all the fantastic meals we had over the next three days. 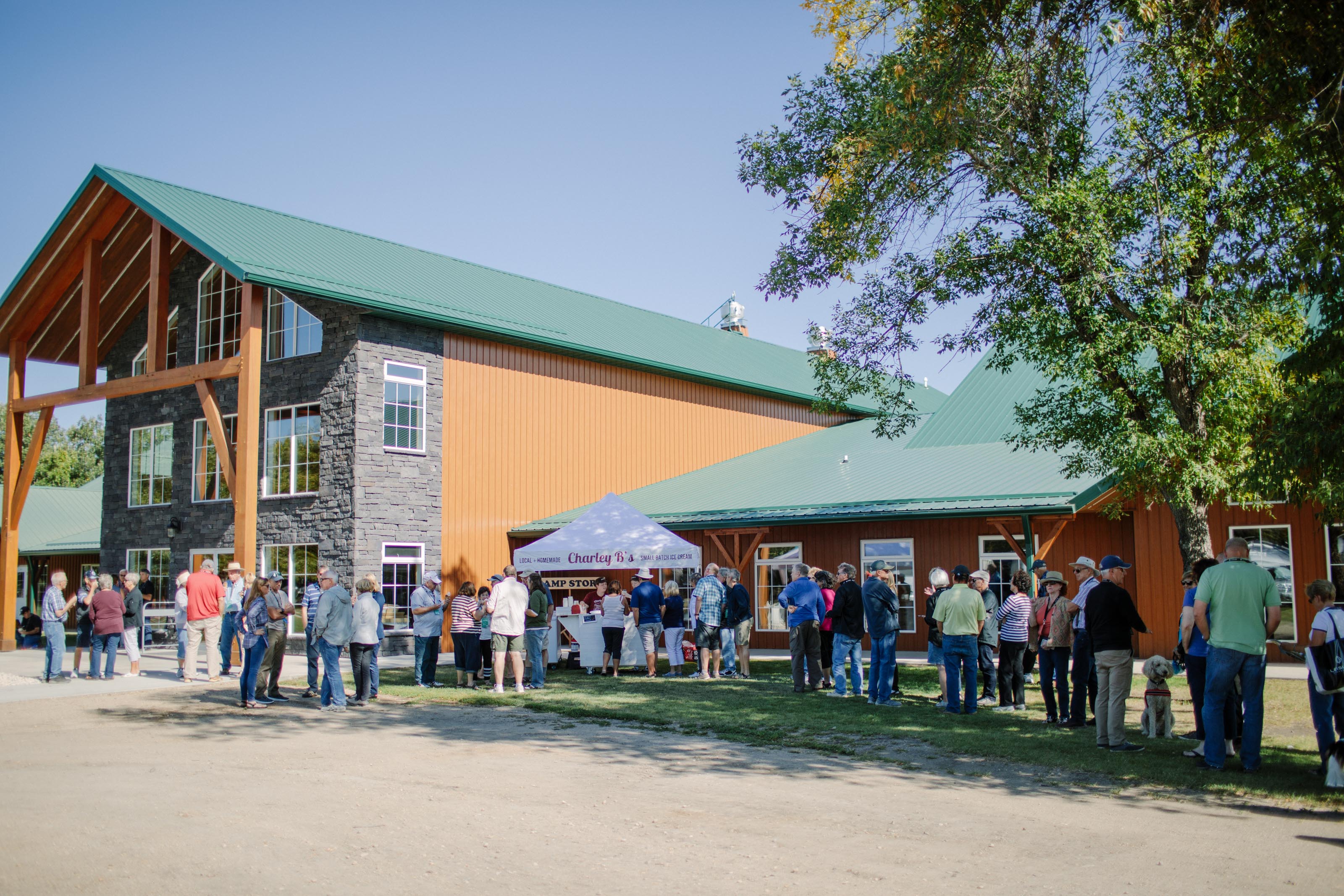 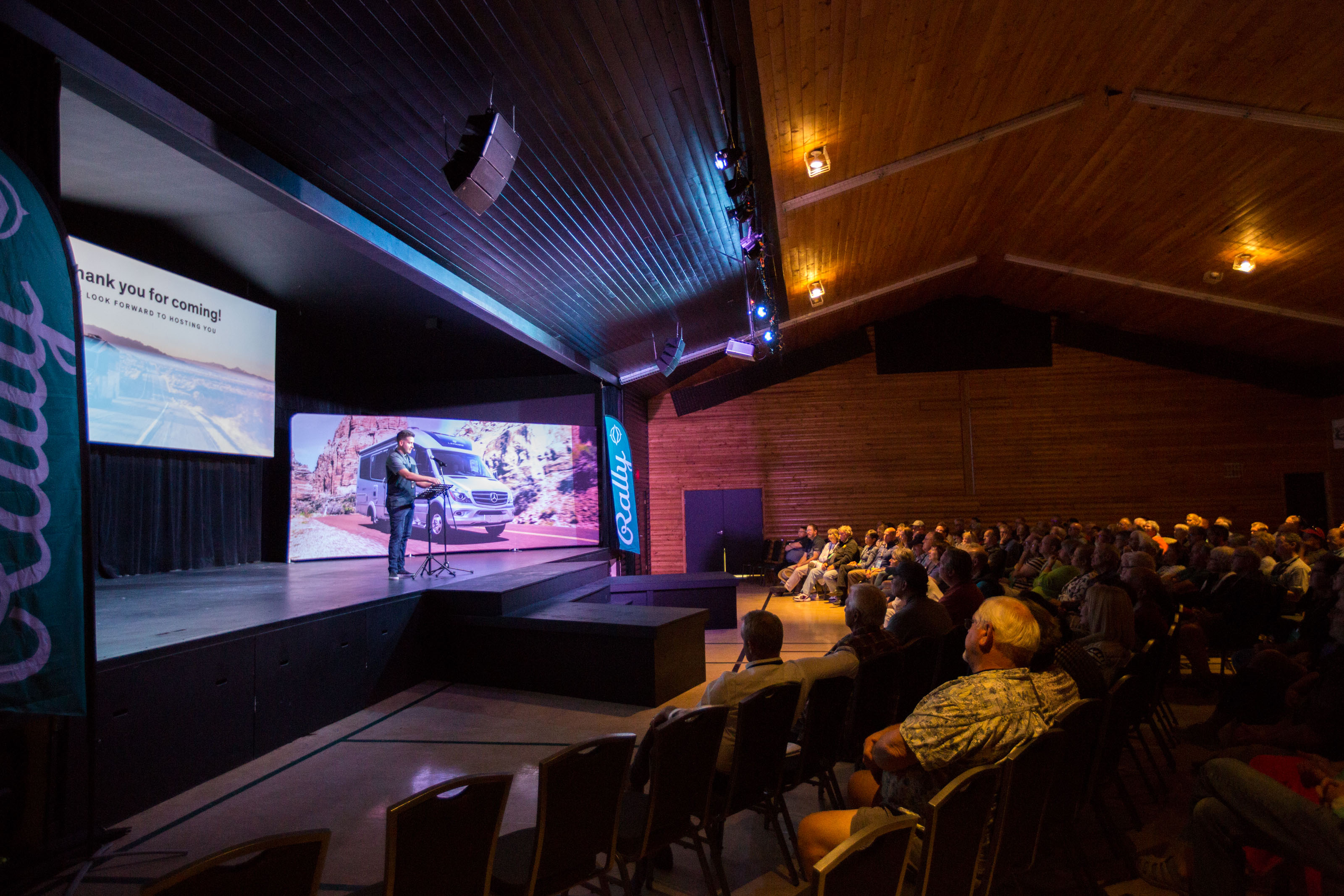 The Leisure Travel Vans team had prepared a jam-packed agenda and naturally, Sharon and I signed up for something in all available time slots. On Thursday morning we attended the Mercedes Benz Seminar covering how to take care of your Sprinter chassis and also seeing the all-new 2019 Sprinter. The Mercedes reps covered things such as ensuring you use the correct engine oil with specification 229.52, carrying extra DEF at all times, and the implications of using Biodiesel. 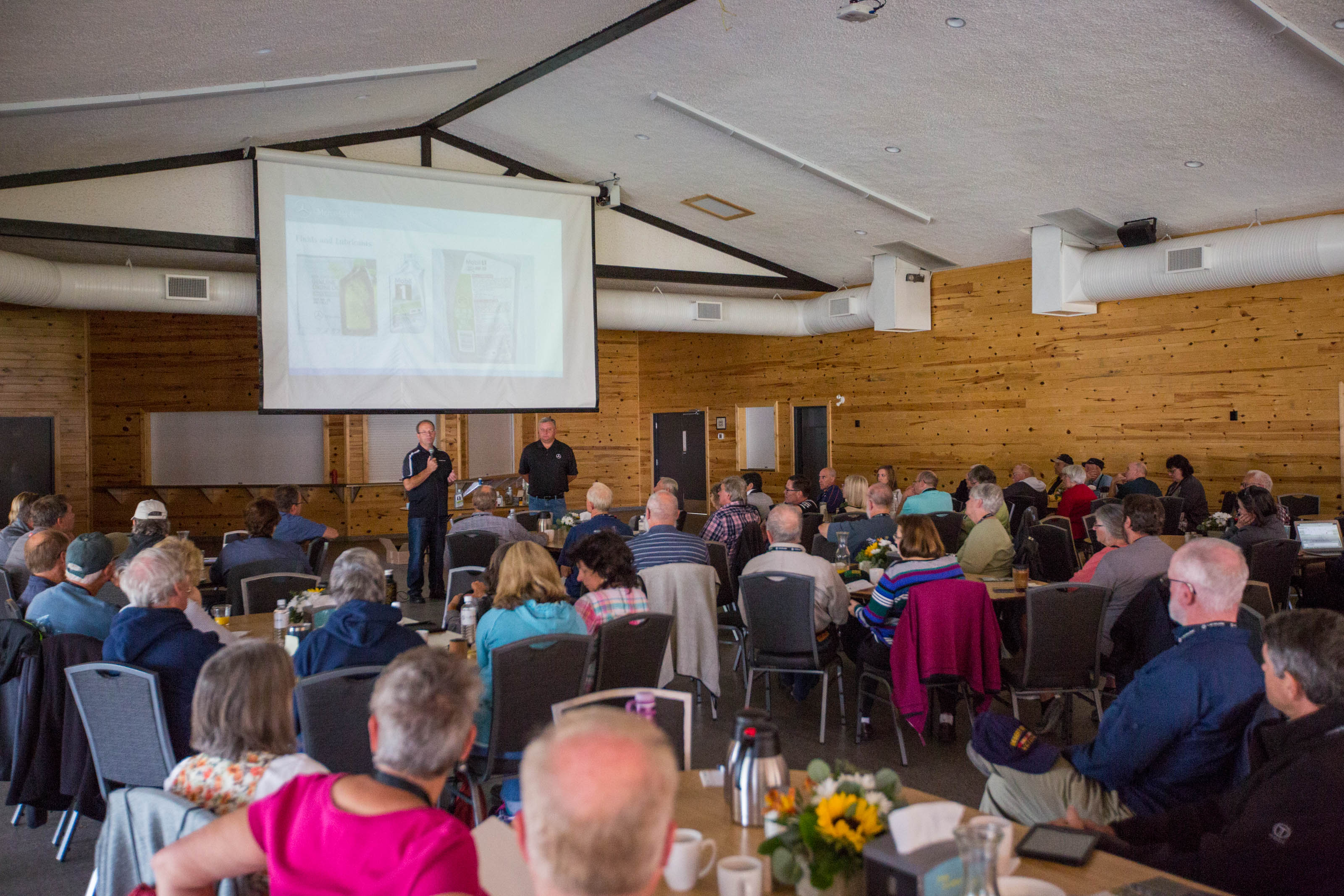 In the LTV Technical seminar, the engineers went over various house systems and talked about some of the new things they are testing out. 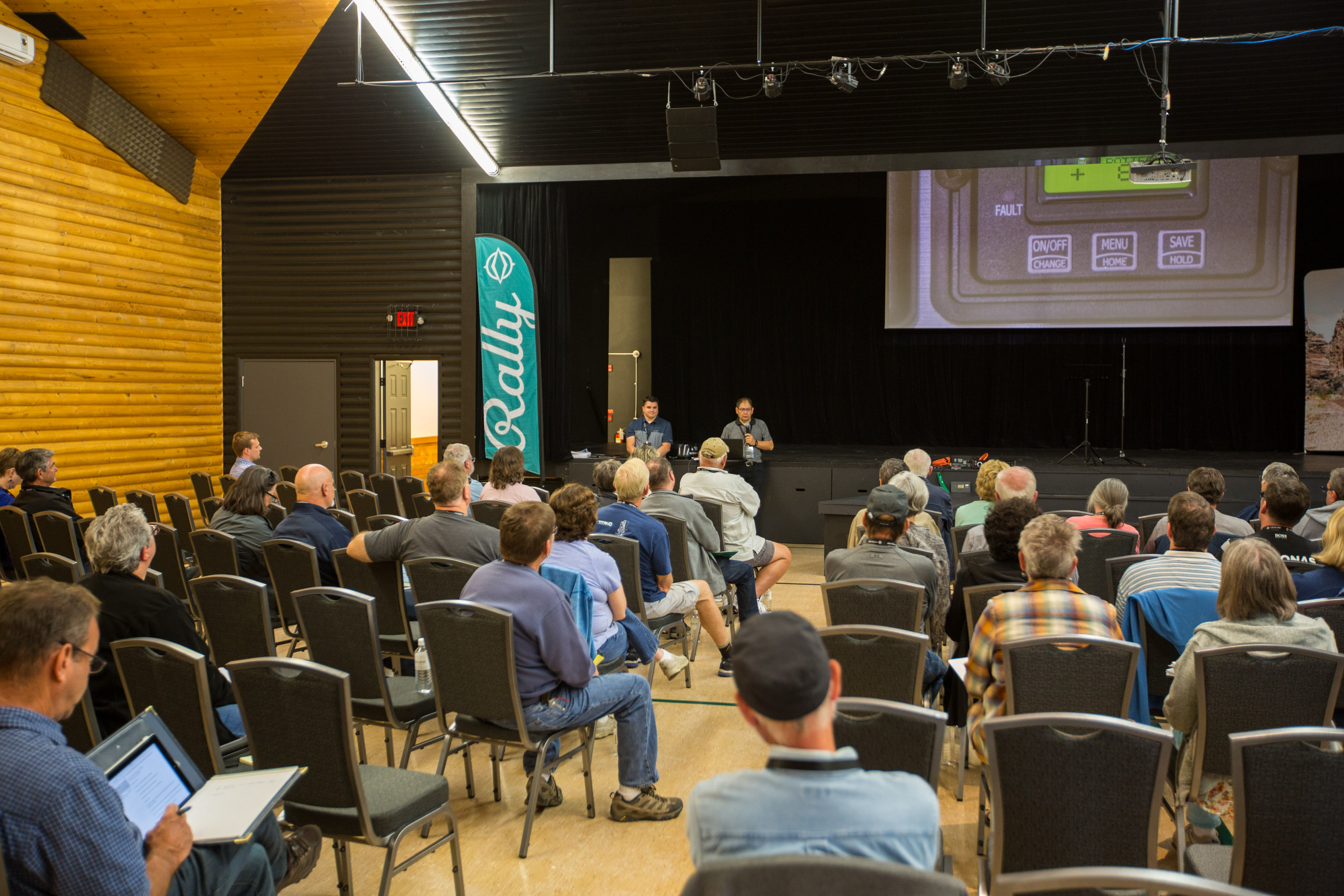 In the afternoon we took the bus to the LTV factory in Winkler for the LTV Cultural tour where you visited various departments and talked to staff about their functions and their Continuous Improvement (CI) efforts. The CI efforts have helped the factory become more efficient and continue to improve the already great quality of their products. 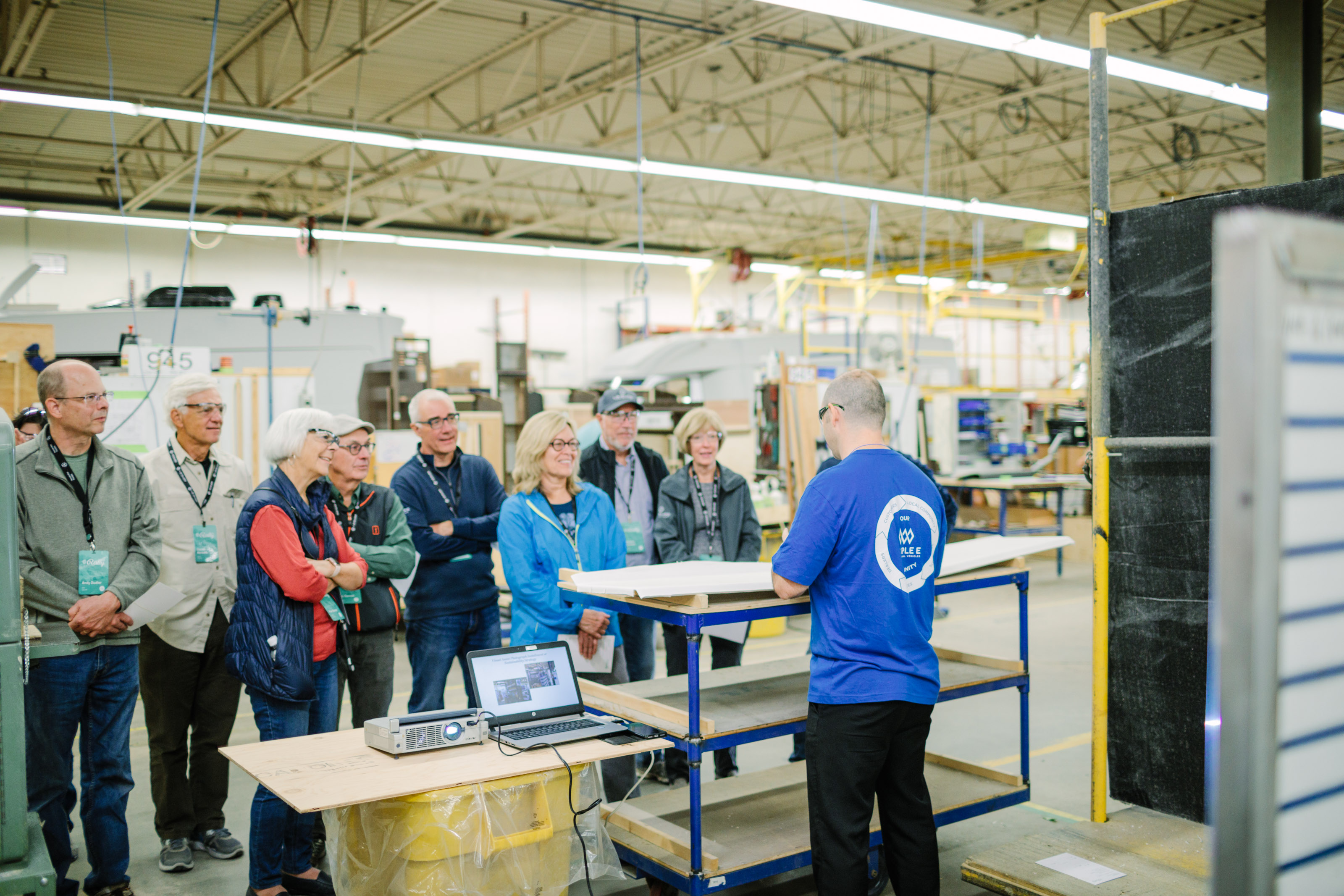 Many people went on the actual factory tour hosted by Dean but we had seen it a few times before. Lastly, I attended Claude Angers very inspiring photography class where he taught you several techniques to make your photos more interesting and to present your travel story in a better way. 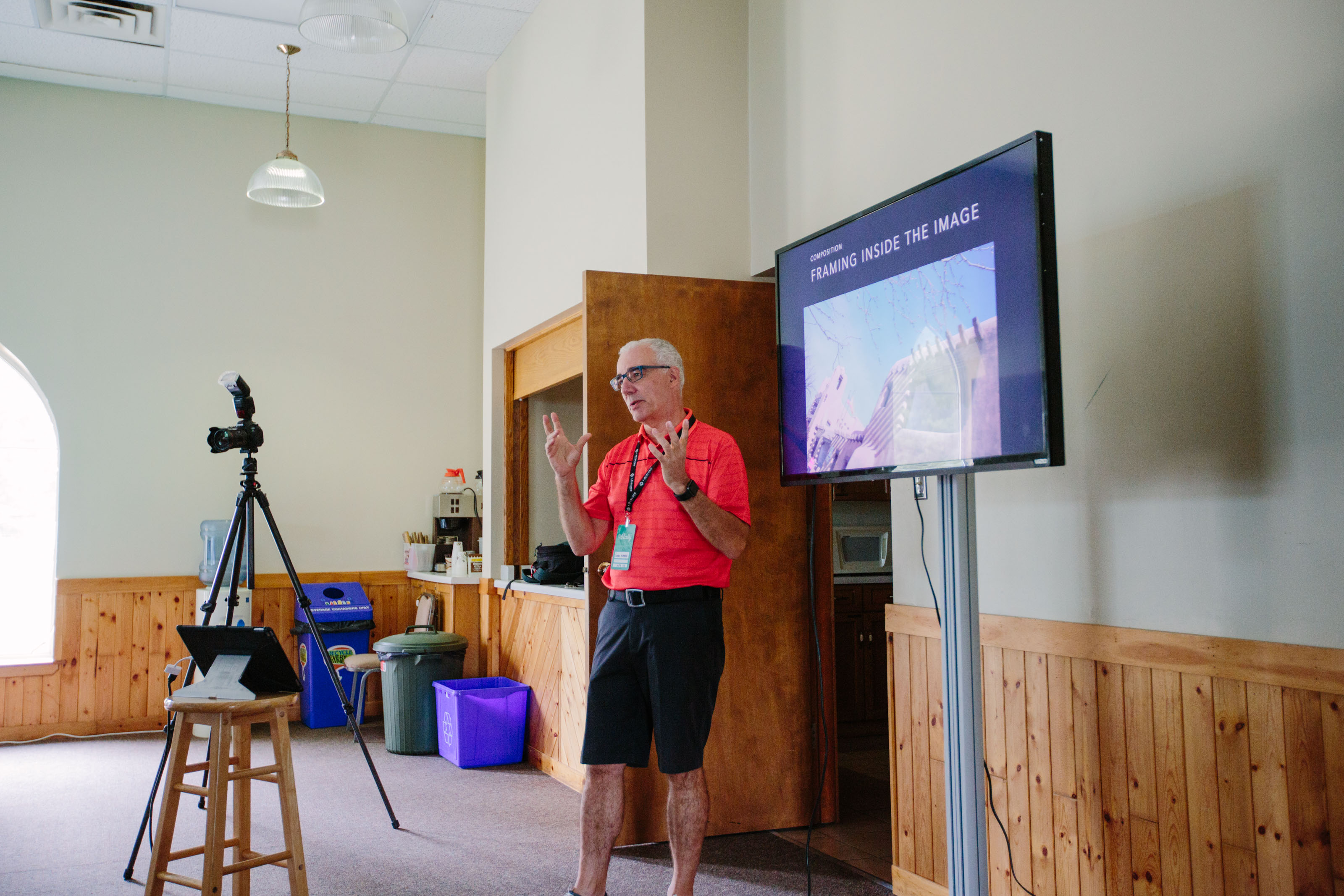 We had a Mennonite meal for dinner which included perogies, kilkte (noodles) and ham followed by Campfires on the Beach complete with S’mores kits. Later in the week, they did a random draw with four lucky winners getting to take home the LTV collapsible fire pits. 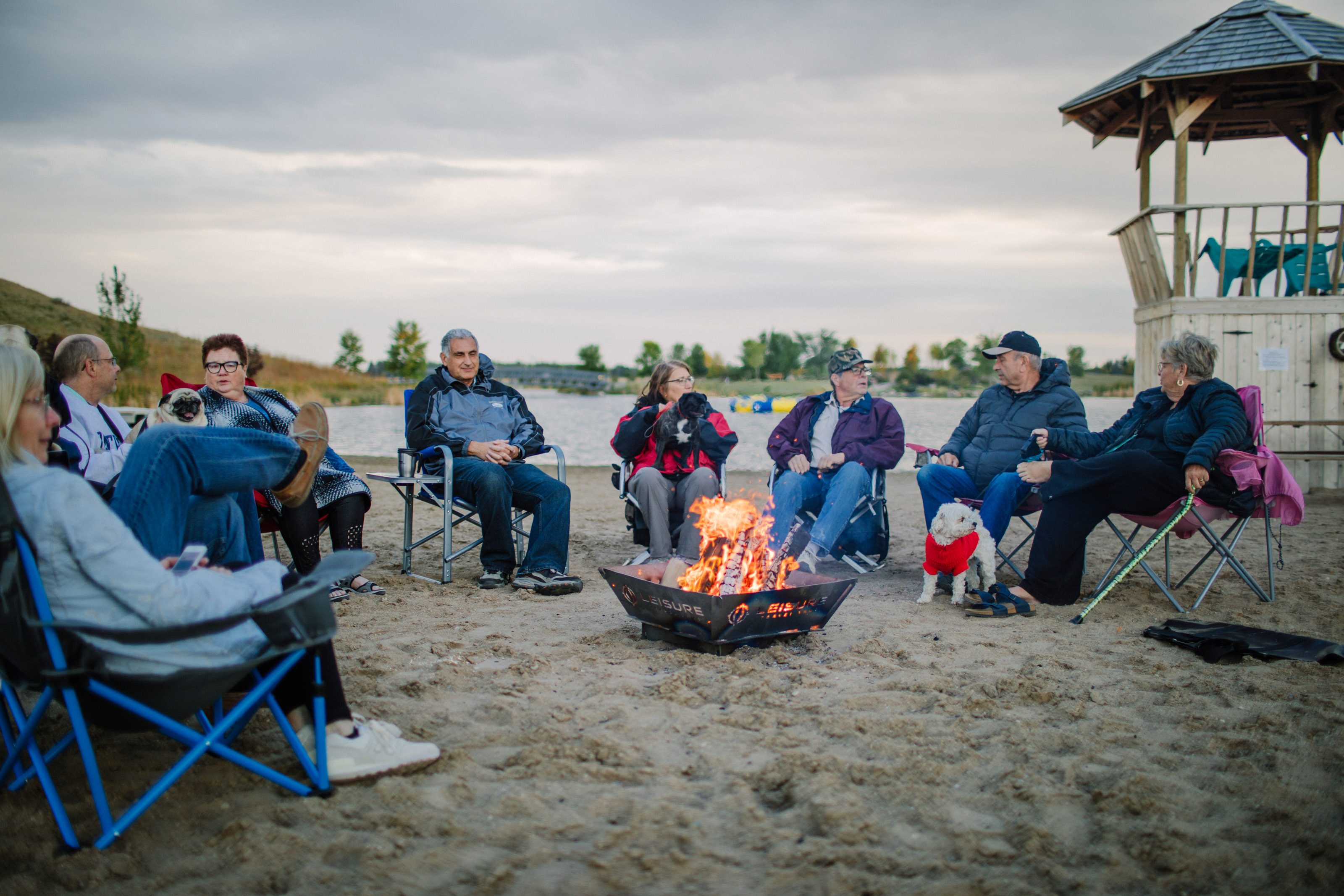 Friday started off with Waffles cooked over open flames by the LTV staff for breakfast with all the fixings. 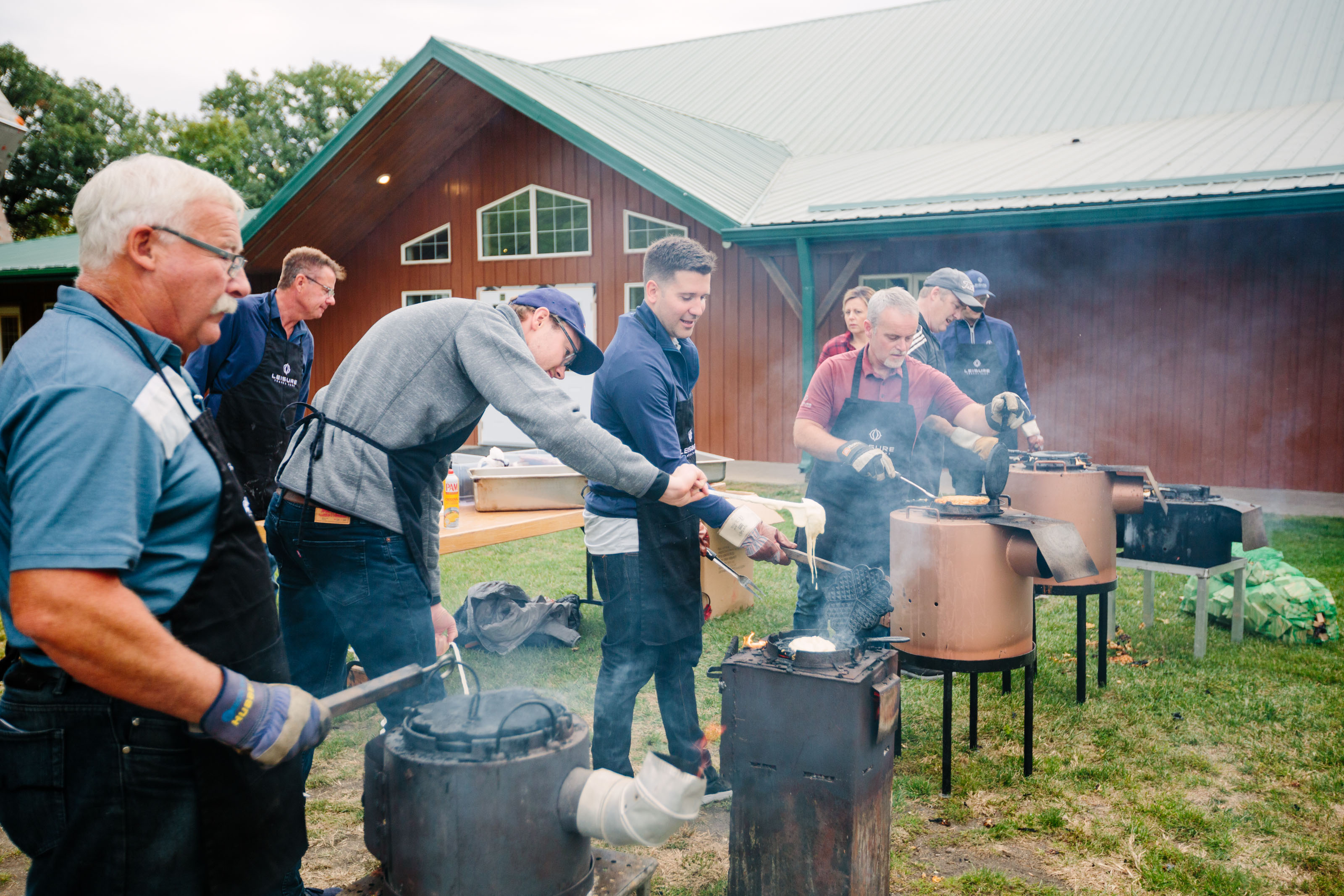 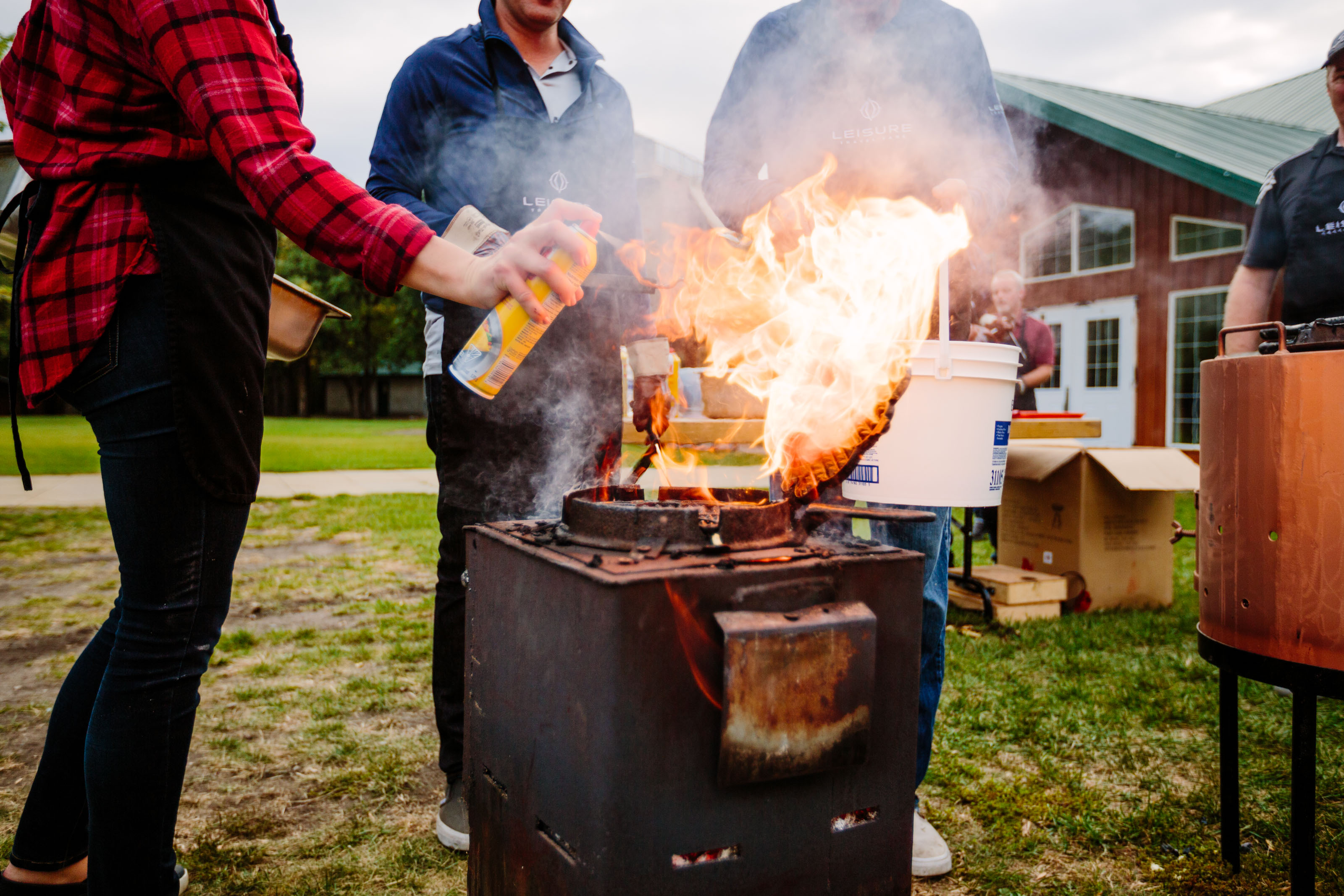 We signed up for the Pembina Threshermen’s Museum tour in the morning (while others went golfing) and the museum volunteers had prepared local agriculture and heritage demonstrations throughout the morning which included the following:

On the grounds they also had the original CPR Train station from Morden Manitoba built in 1906, Peter Dyck’s Taxidermy Wildlife Exhibit (his wife toured us around the exhibit and told us stories of his adventures), a Semlin Sod House as built in the 1800’s, and a North West Mounted Police Outpost (as well as various other historic buildings). It was very interesting learning about the history of this prairie area and seeing how day to day tasks was performed. 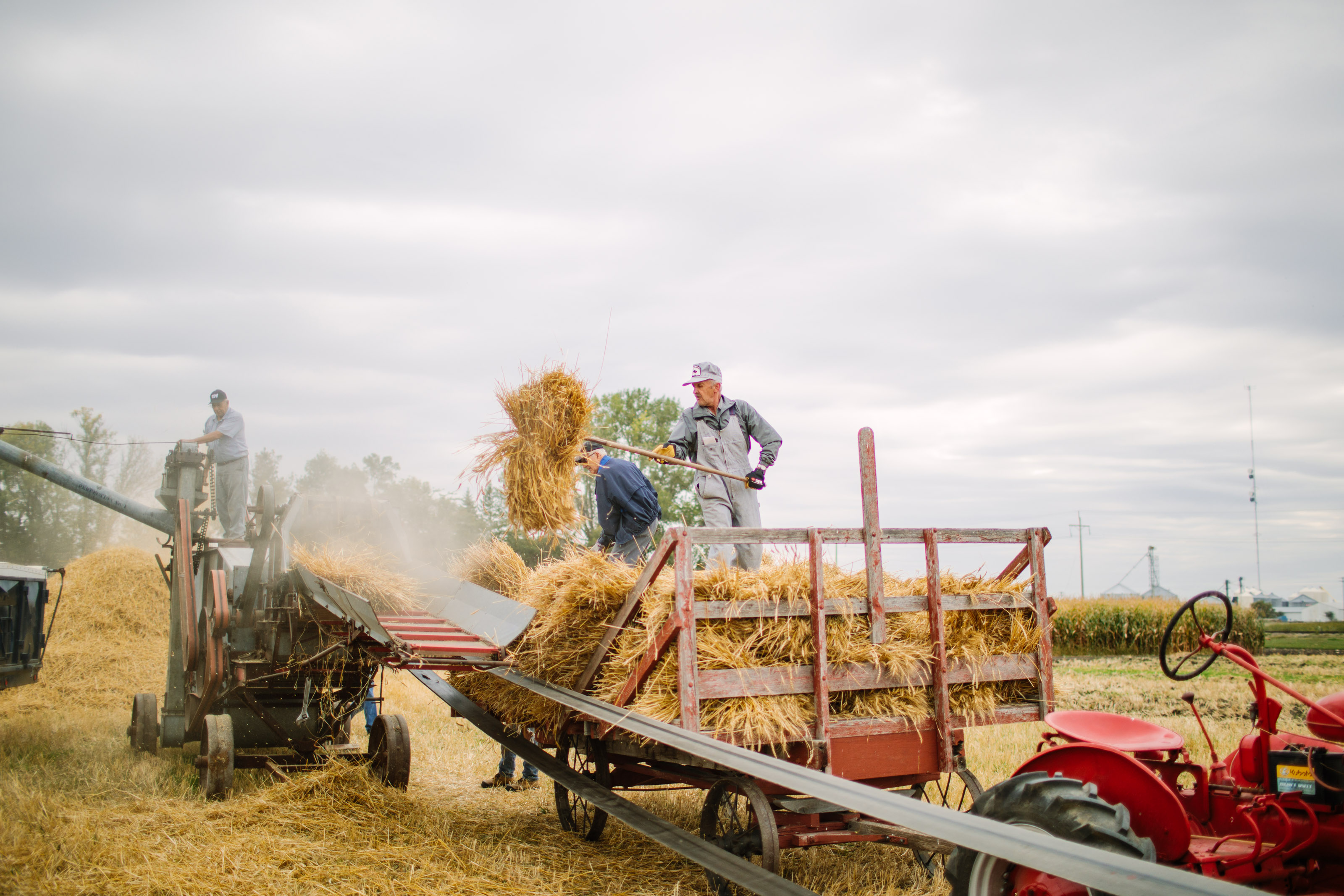 In the afternoon we went on the Elemental Stone Tour where we visited artist Todd Braun’s five-acre site to see the amazing rock sculptures he had created. He toured us around the property to see his works and to marvel at his stories of obtaining and positioning the enormous stones and how he carved them by hand. He even told us about a local granite driveway that he created that took the equivalent of 11 years work to create! Most of his stones have been sourced from gravel pits and fields across Manitoba and represent many different time periods in history. 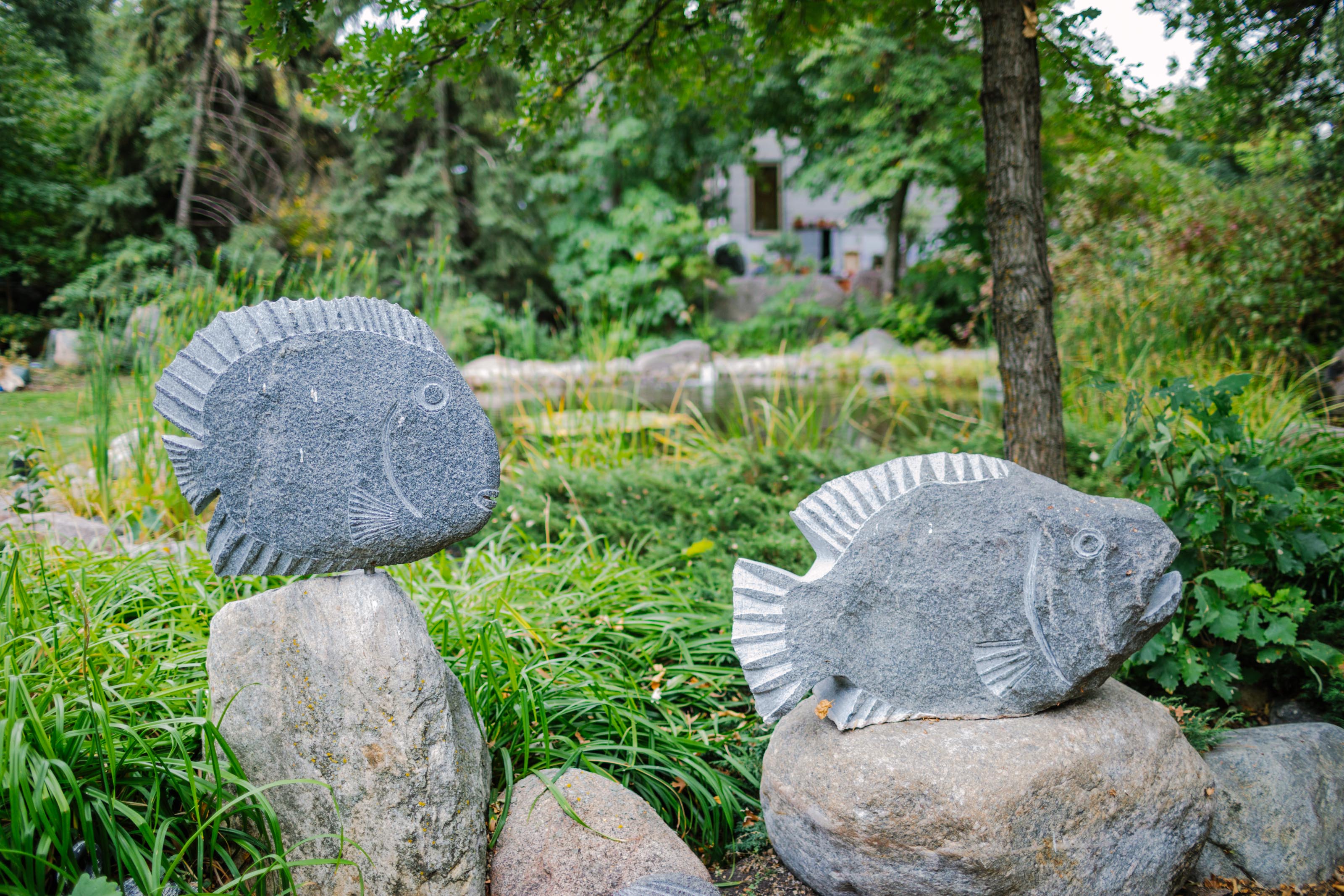 Once the bus returned us to the Winkler Bible Camp we attended Dennis Thorig’s very detailed presentation on their 2018 group trip to Alaska. The group consisted of 22 RV’s (43 people) and covered a 62 day trip in May-July of 2018. 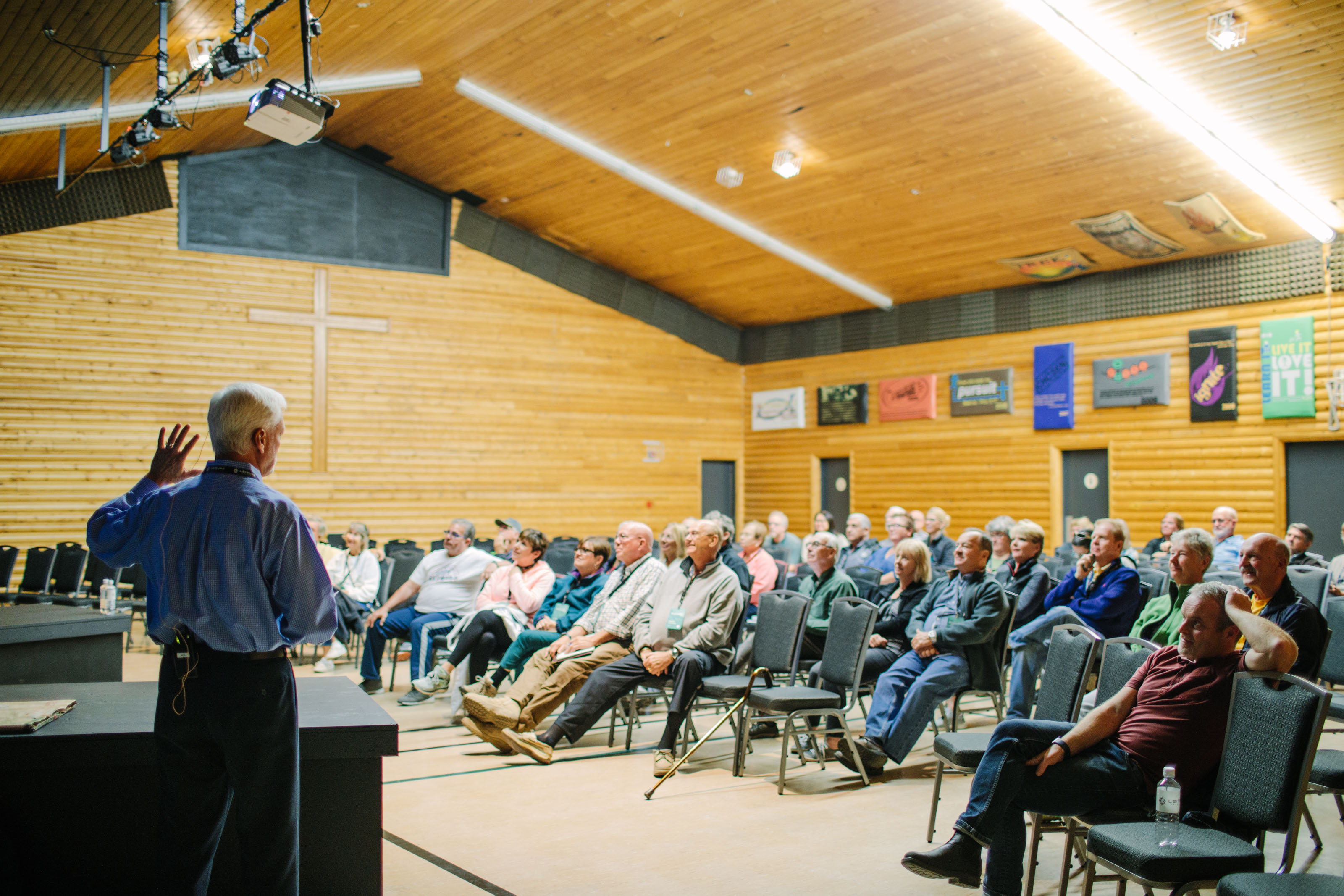 To finish the week we had a Steak Dinner followed by a Coffee House and entertainment by ventriloquist David Pendleton who had us rolling over with laughter! 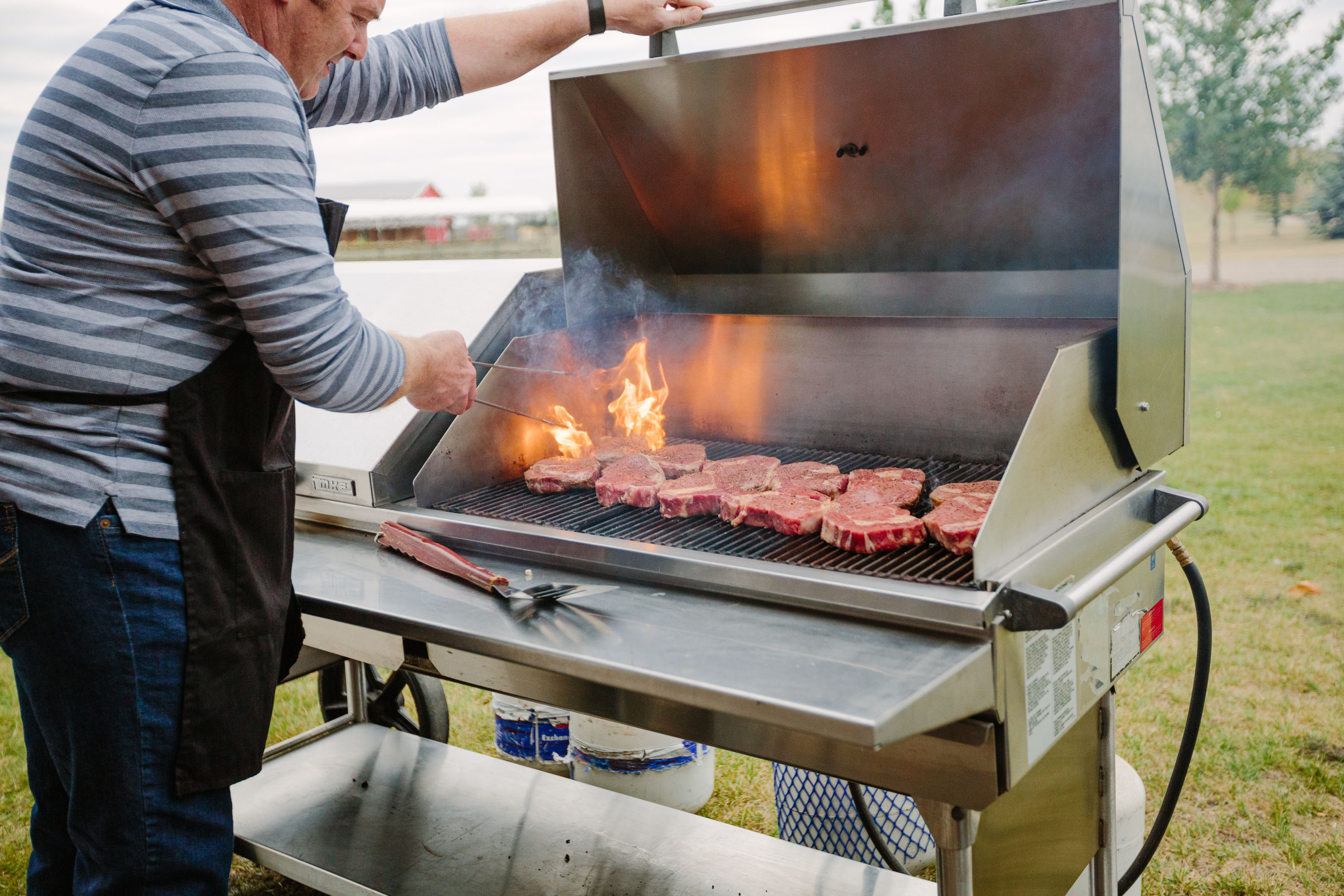 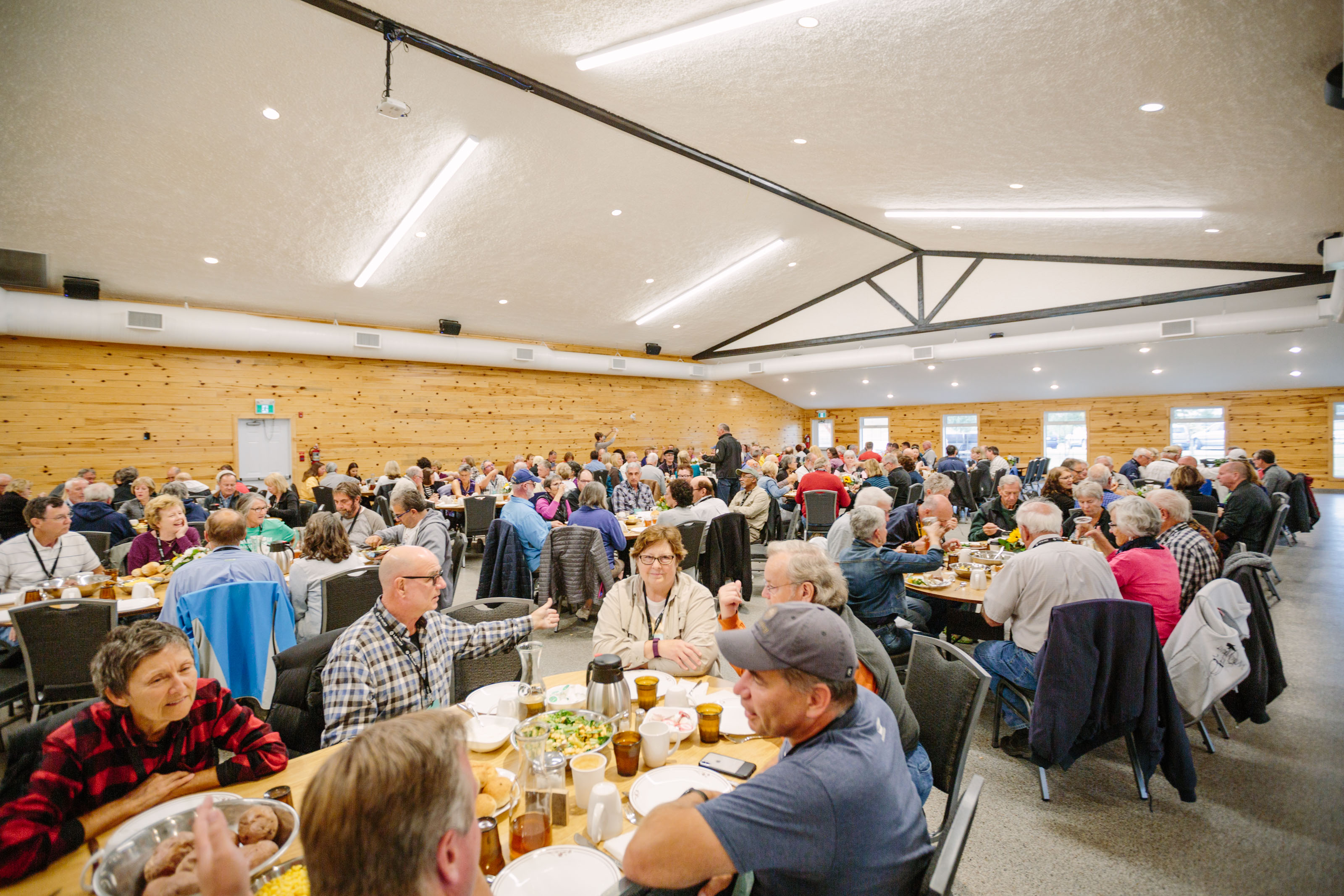 Hopefully, this helps give you some idea about the Winkler LTV Rally 2018. I really can’t say enough about the LTV staff that hosted this event and how hard they worked to make our experience fantastic. In addition, we established so many new friendships that I know will flourish for many years to come. We also learned a great deal about LTV the company and our RV that is home for several months of the year. You really should add this to your travel bucket list. 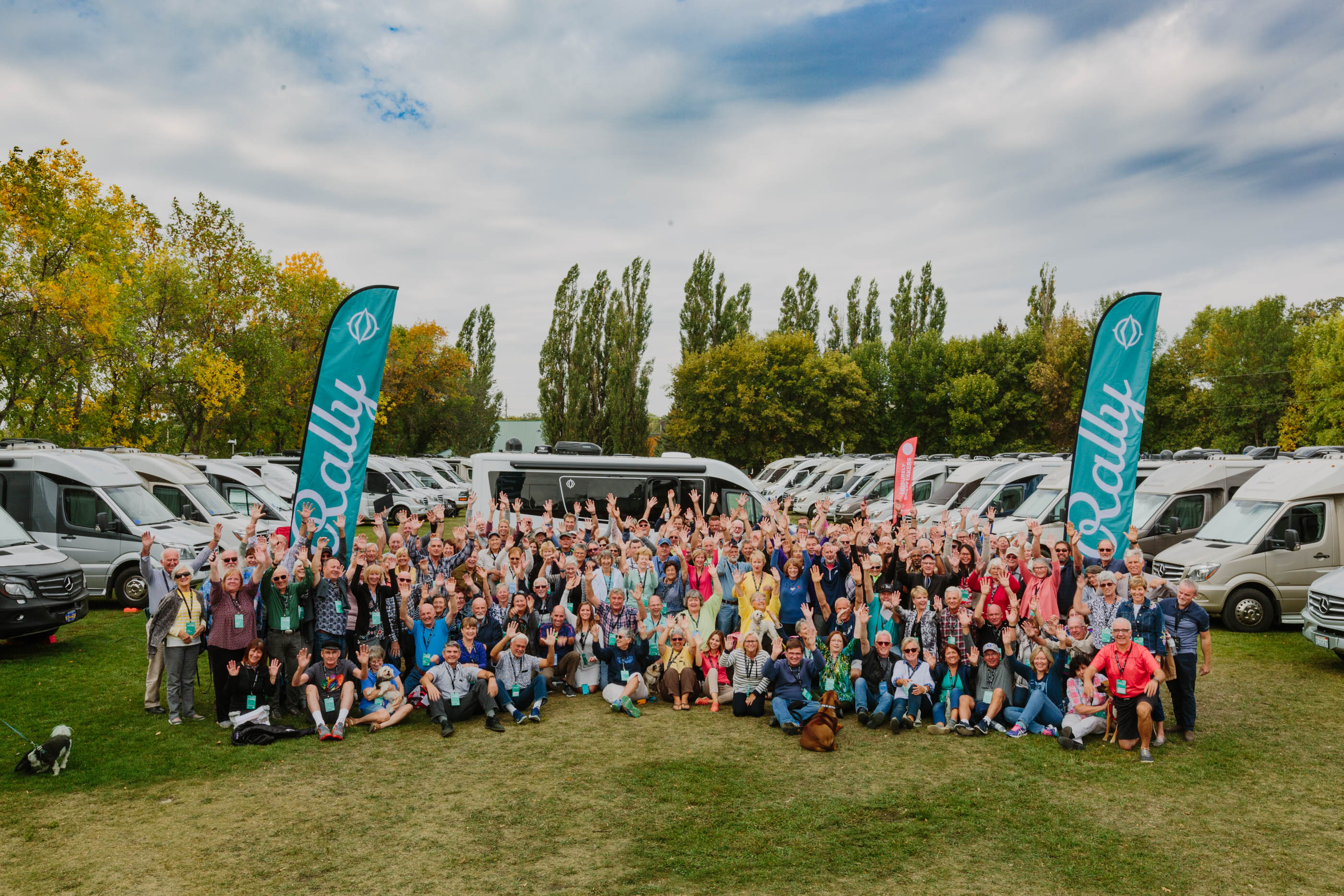 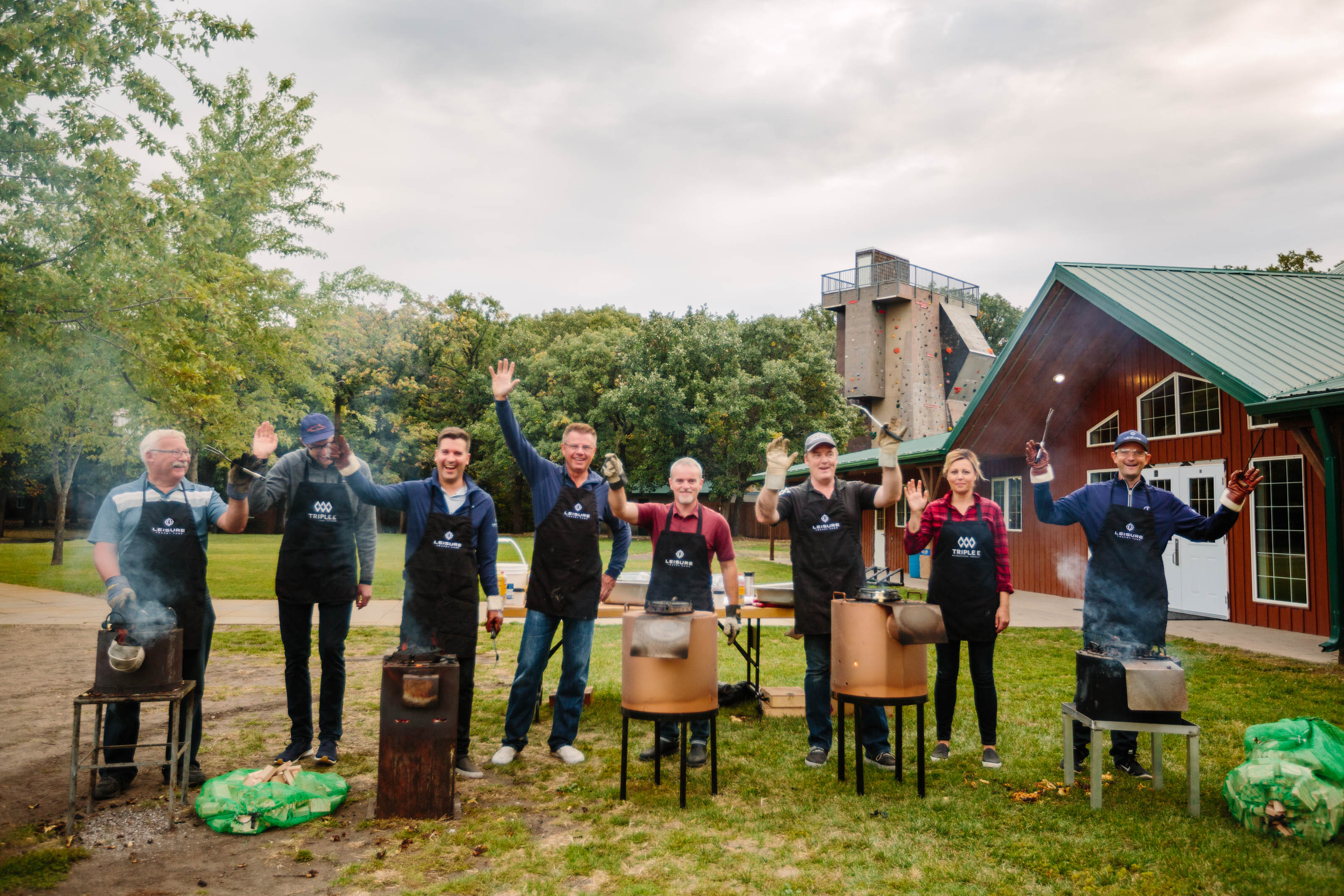