St. Louis was only supposed to be a good stopping point, about halfway between Memphis and Chicago, where we had planned to visit with friends. However the minute we drove into town we both got that feeling of excitement we’ve come to know that bubbles up when a town has that special vibe.

And St. Louis has it. Maybe it’s the view of the magnificent Gateway Arch, the towering structure built in 1965 to commemorate the westward expansion of the United States. We were awed as we drove down Market Street, closer and closer to the 630 ft. tall structure, the tallest monument in the United States. The Gateway Arch has become known all over the world as the symbol of St. Louis. 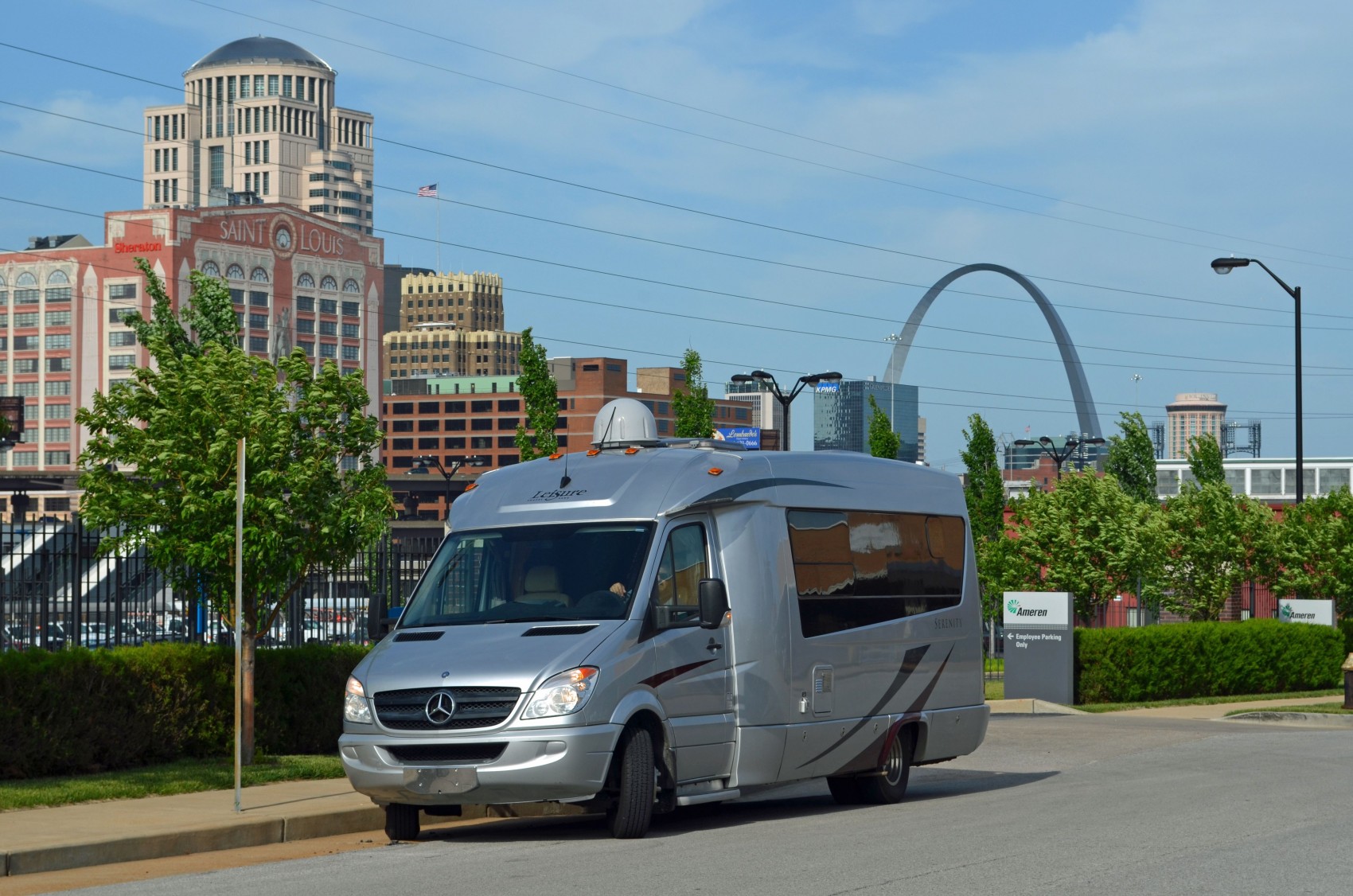 Or perhaps it is the impressive Union Station, the massive stone Romanesque style building that epitomizes the grandeur of times past, when train travel was elegant and fashionable. Once one of the nation’s busiest railroad stations, it is now like a small city inside: shops, restaurants, a hotel and entertainment complex.

St. Louis continued to surprise us when we discovered that three of the top blues clubs were all on the same street, only three miles from our campground. Although St. Louis RV Park is a no frills place – a parking lot with full hook-ups – it is the only campground inside the city, and conveniently located near the city’s amenities, including Busch Stadium and the Broadway Blues Triangle.

When we headed downtown to check out the nightlife, the traffic was terrible and people were swarming both sides of South Broadway. Then we realized that the Cardinals were playing the Phillies that night at Busch Stadium and we worried about finding parking. Our luck continued and we easily found a place for Serena in one of the huge lots available for only $10 for all evening. 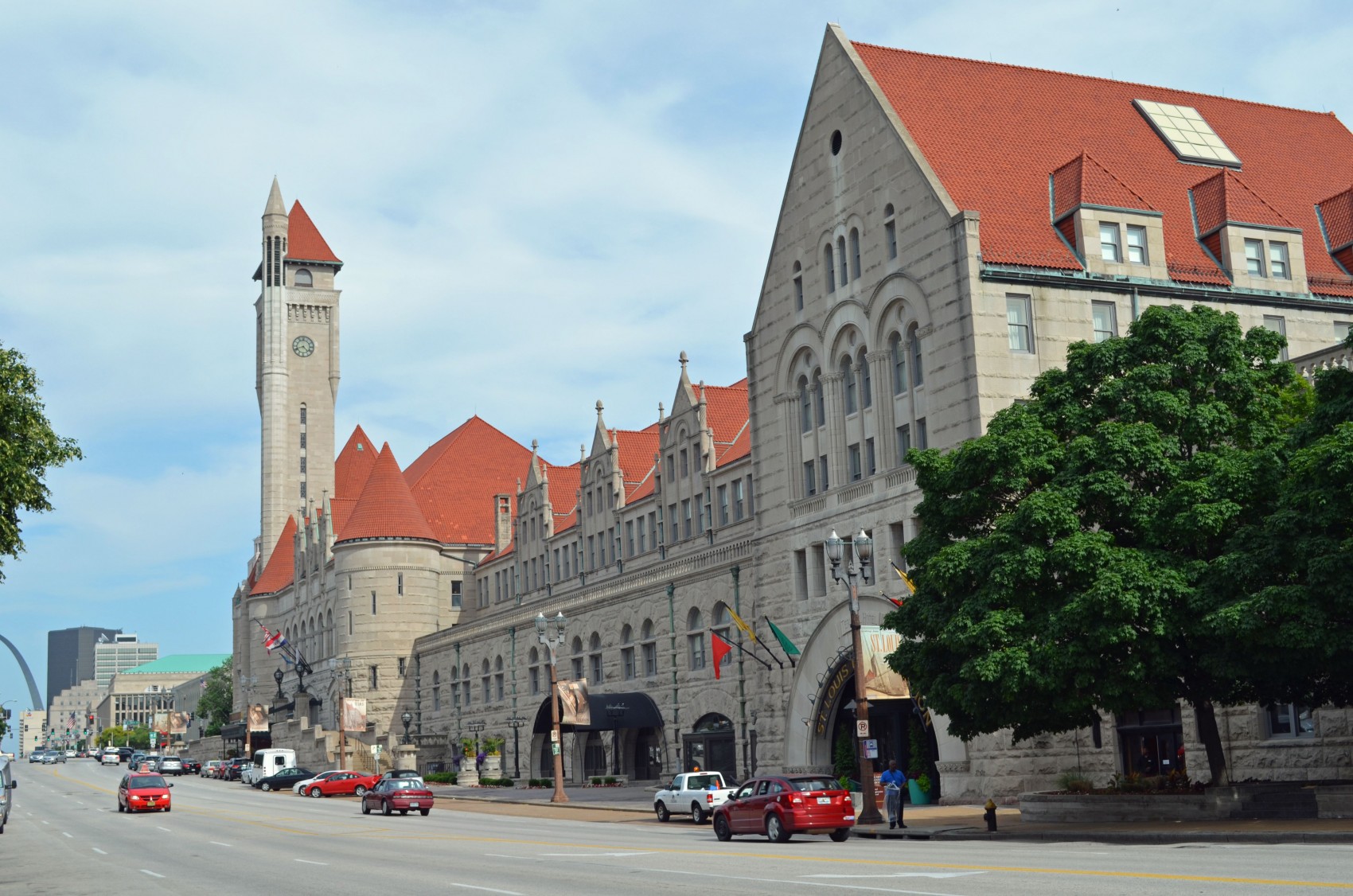 The minute we spotted the Broadway Oyster Bar with its casual New Orleans style ambiance, we grabbed a seat at one of the wrought iron tables on the cozy patio. I hadn’t checked reviews, but instead let the sight of freshly shucked oysters be our guide. We didn’t know it at the time, but the Broadway Oyster Bar was rated the top restaurant for service in all of Missouri. We sure aren’t surprised, as we had possibly the best waitress we have ever experienced. Lindsay was attentive, fun, helpful and incredibly honest as she guided us to order the best dishes on the menu.

We began with the Blue Point oysters, which were out of this world and at $22 a dozen a super bargain. Manny’s choice of Shrimp Voodoo with its spicy sauce worked its magic on him, while I’m still dreaming about my New Orleans style shrimp in a rich buttery wine sauce.

To add to our delightful dining experience, the entertainment that night was also top notch. The stage at the Broadway Oyster Bar is designed to look like an aquarium, the lighting changed colors and the undulating effect made it appear that Big Mike and The Blu-City Allstars were playing underwater.

We moved on up the block to BB’s Jazz, Blues and Soups, where Mojo Roots Band was just getting started. The young lead singer Jordan Thomas surprised us with some smokin’ harmonica playing. I predict that this Missouri-based band with its soulful sound will be hitting the international stage soon. 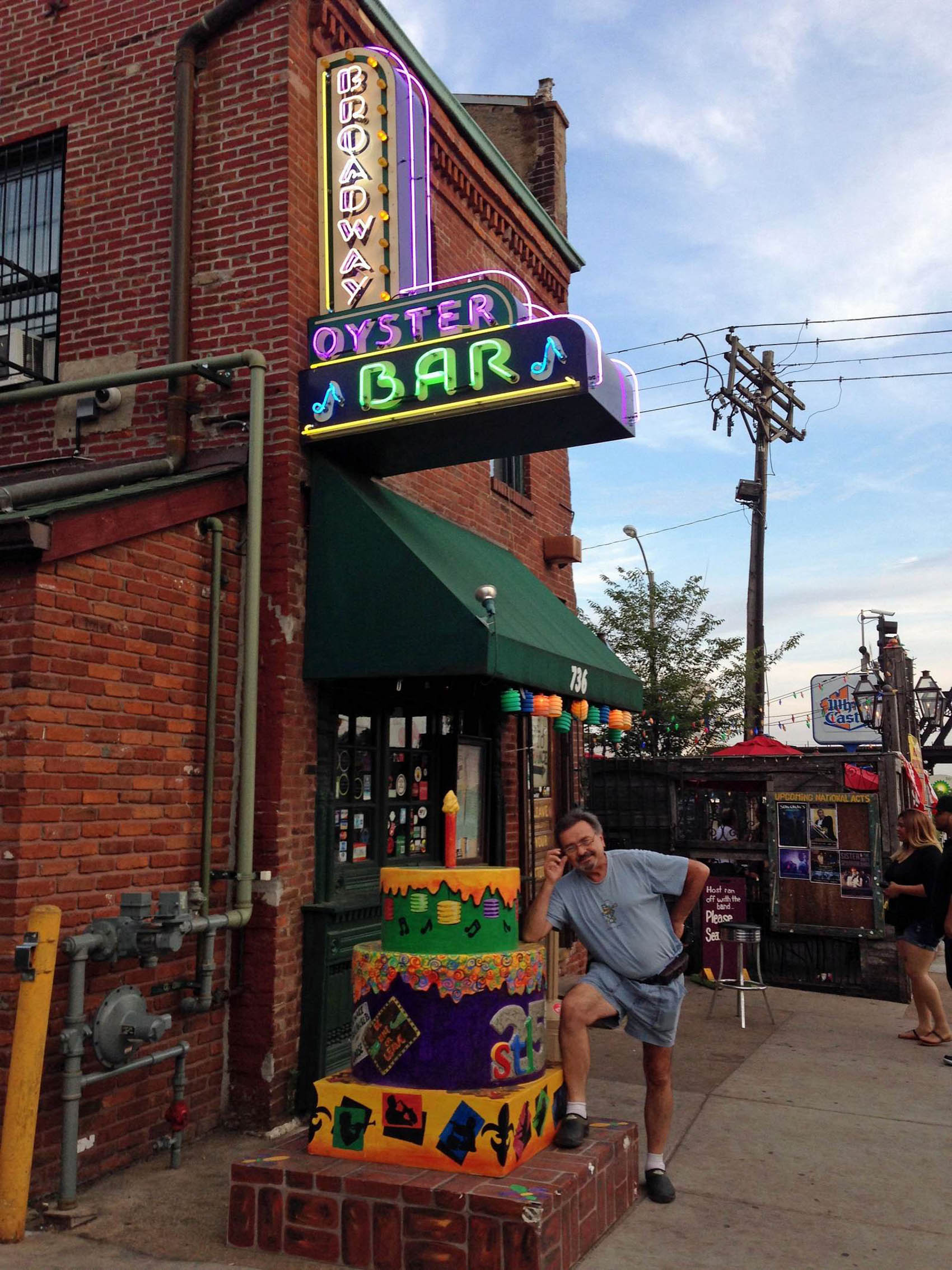 Unknowingly, we saved the best for last when we headed across the street to Beale on Broadway. The outdoor patio was packed, and almost every seat was taken. On stage was the riveting blues diva Kim Massie, who is a powerhouse in every sense of the word. The audience seemed mesmerized by a self-absorbed interpretive dancer – evidently one of Kim’s regulars – as she moved deeply by the arrangement.

Kim is reminiscent of a stage performer from the past. A very large woman, she sits back in a chair and encourages the audience to write their requests. Once in a while, she’ll select one and will belt out an unforgettable rendition of the desired tune. Then she proceeds to sweet talk the crowd into tipping generously, or buying her CDs. But everyone is glad to comply, because Kim is phenomenal; her personality is as immense and appealing as her voice. Her range and energy are boundless. We stayed until we were exhausted, and left knowing we had just heard an incredible talent.

St. Louis proved to be a great music city. Watch our video and find out if you too could have gotten lost in that South Broadway Blues triangle forever.