In preparation for the 2015 Photo Contest, we’ve prepared some basic photography tips to help you compose better photos when documenting your travels.

The Rule of Thirds

The rule of thirds is one of the most well-known fundamentals in photography. The rule of thirds helps the artist compose more thoughtful, dynamic, well-balanced, and interesting photographs. All rules can be broken, of course, but having an understanding of image flow, and how the eye naturally navigates throughout an image, will be a great technique you can use when you’re out on the open road documenting your journey.

So what is the rule of thirds?

Think of your frame as a grid, where your frame is split into equal thirds both vertically and horizontally. Where these lines intersect are known as the most dynamic areas of the frame. 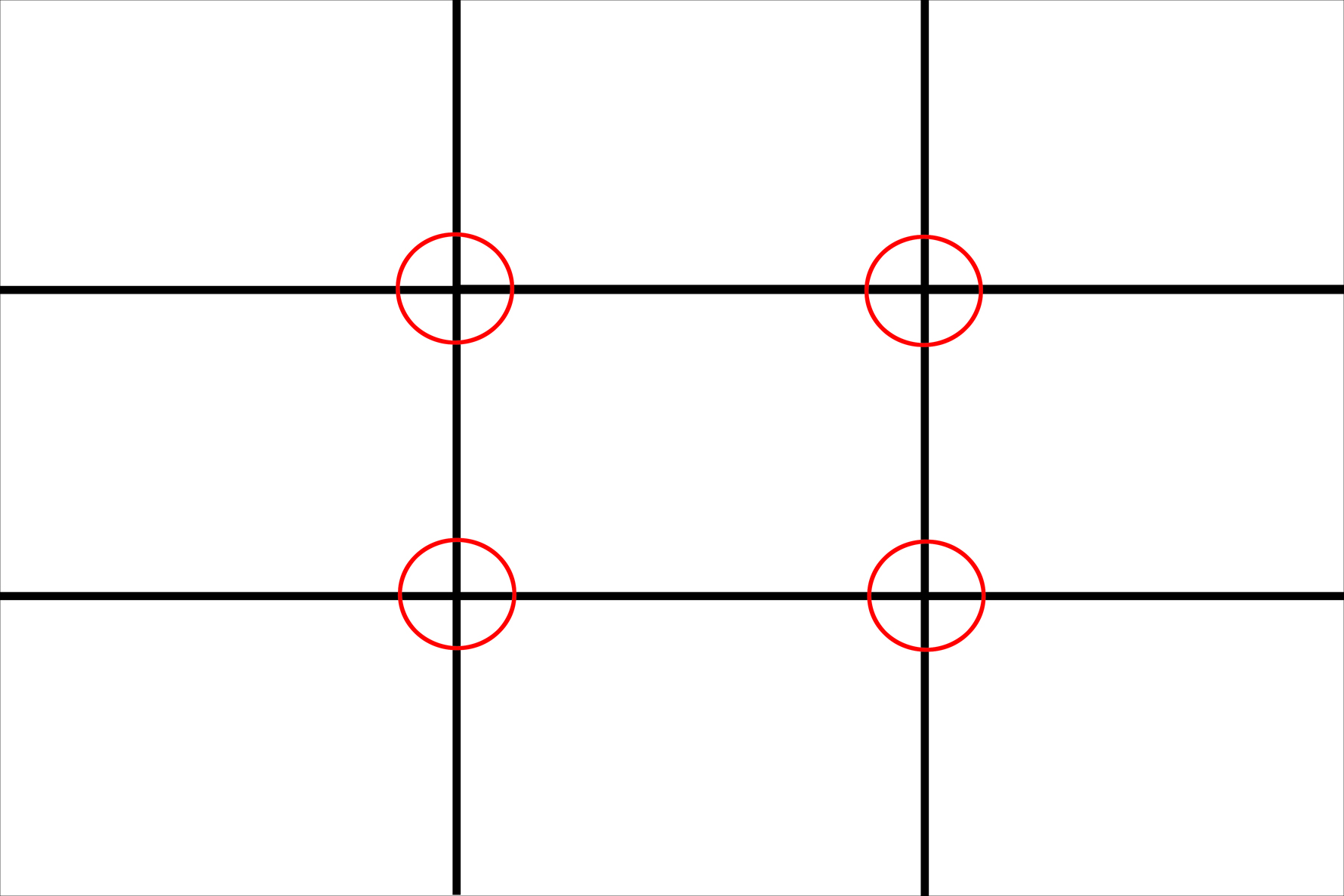 It’s quite natural to want to place our subjects in the centre of the frame, however, when your subjects are placed at any of these four dynamic points and along the thirds, you will typically create more interesting images. Let’s take a look at some examples. 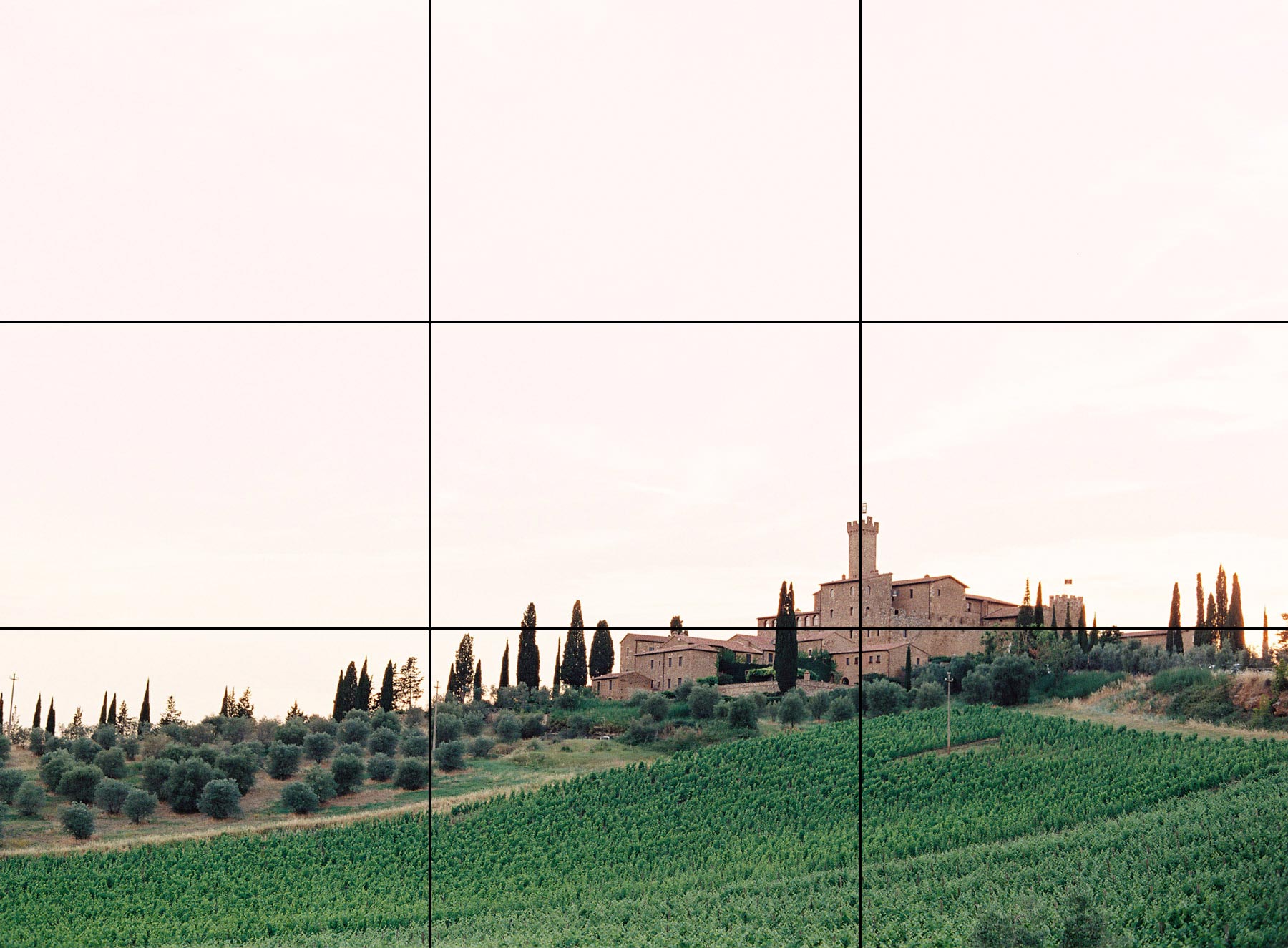 I shot this photo on some recent travels overseas. From where I was standing there was a lot of unnecessary objects in the foreground such as grass, dirt, vines and shrubs. I chose to compose the frame so the horizon would be placed on the bottom third of the frame, minimizing these unnecessary objects in the foreground. When selecting where to place the castle, I noticed the leading lines from the vineyard to the horizon, so I chose to place the castle at the bottom right dynamic point.

Let’s put this into practice with a simple ocean and sky image. Try positioning your frame so the horizon is positioned at either the top third or bottom third of the frame. Clouds and the colours during sunrise or sunset are often visually stunning. Position the horizon at the bottom third placing focus on the sky. Alternatively, experiment by positioning the horizon on the top third, placing focus on the reflections in the water. If there’s something in the foreground of interest, such as your RV, try placing your RV at one of the four dynamic areas of the frame, all while keeping your horizon near the top or bottom third. In the example below I have subjects in the photograph to create more interest in the scene. I have placed my subjects along the left third of the frame with their faces near the top left dynamic point. When we have people in a photo our eye naturally primarily goes to their eyes. In this example, we are led from the subjects’ faces to where they are pointing. The horizon is placed on the top third. 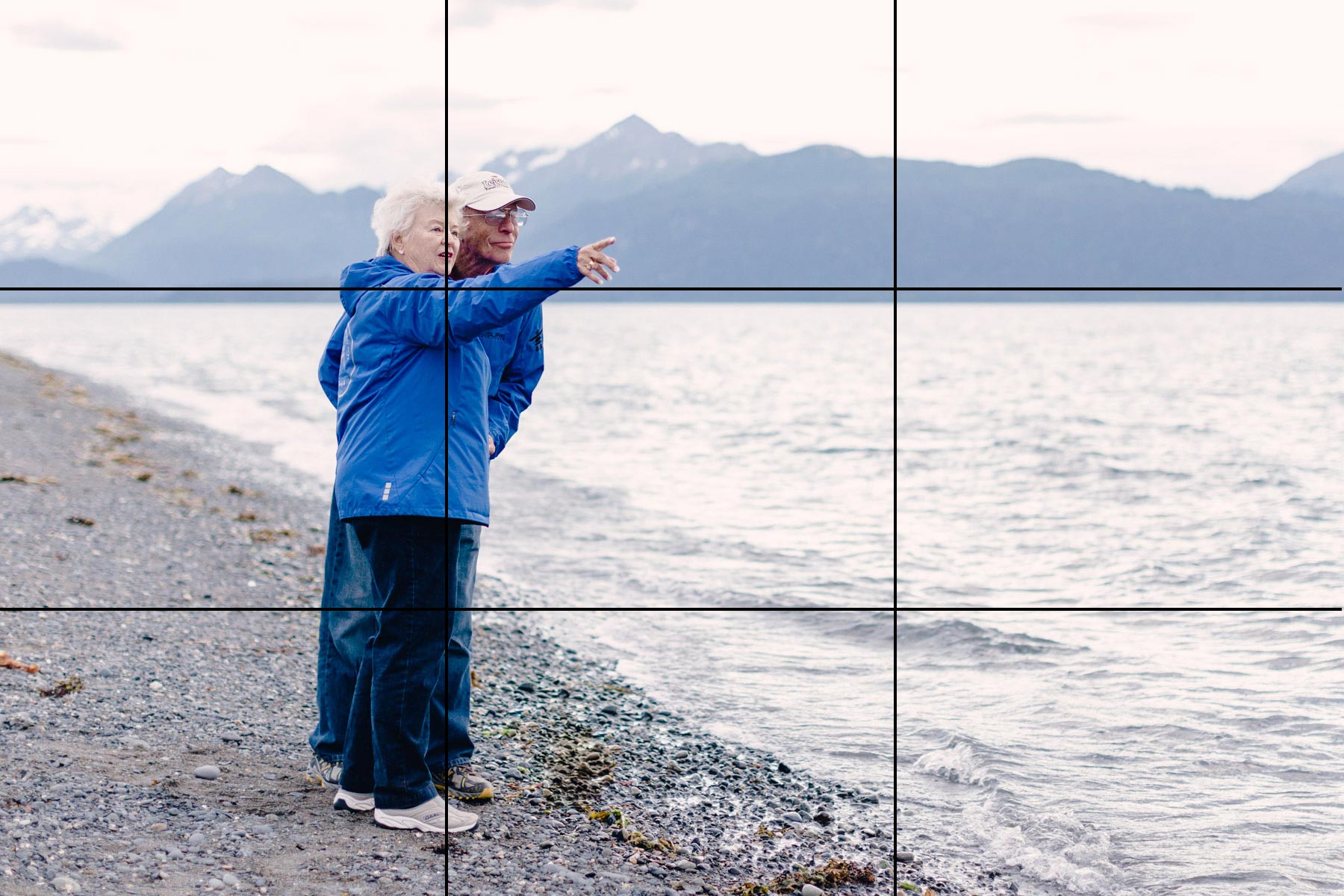 The photos below were taken during the 2014 LTV Alaskan Caravan. We spotted the curves in the road and the mountains in the background and thought it would make an interesting photo. I placed the Free Spirit at the bottom left dynamic point, leading the eye along the road up into the mountains. I took many photos during this session. Let’s take a look at why this is a better image in comparison to the next. 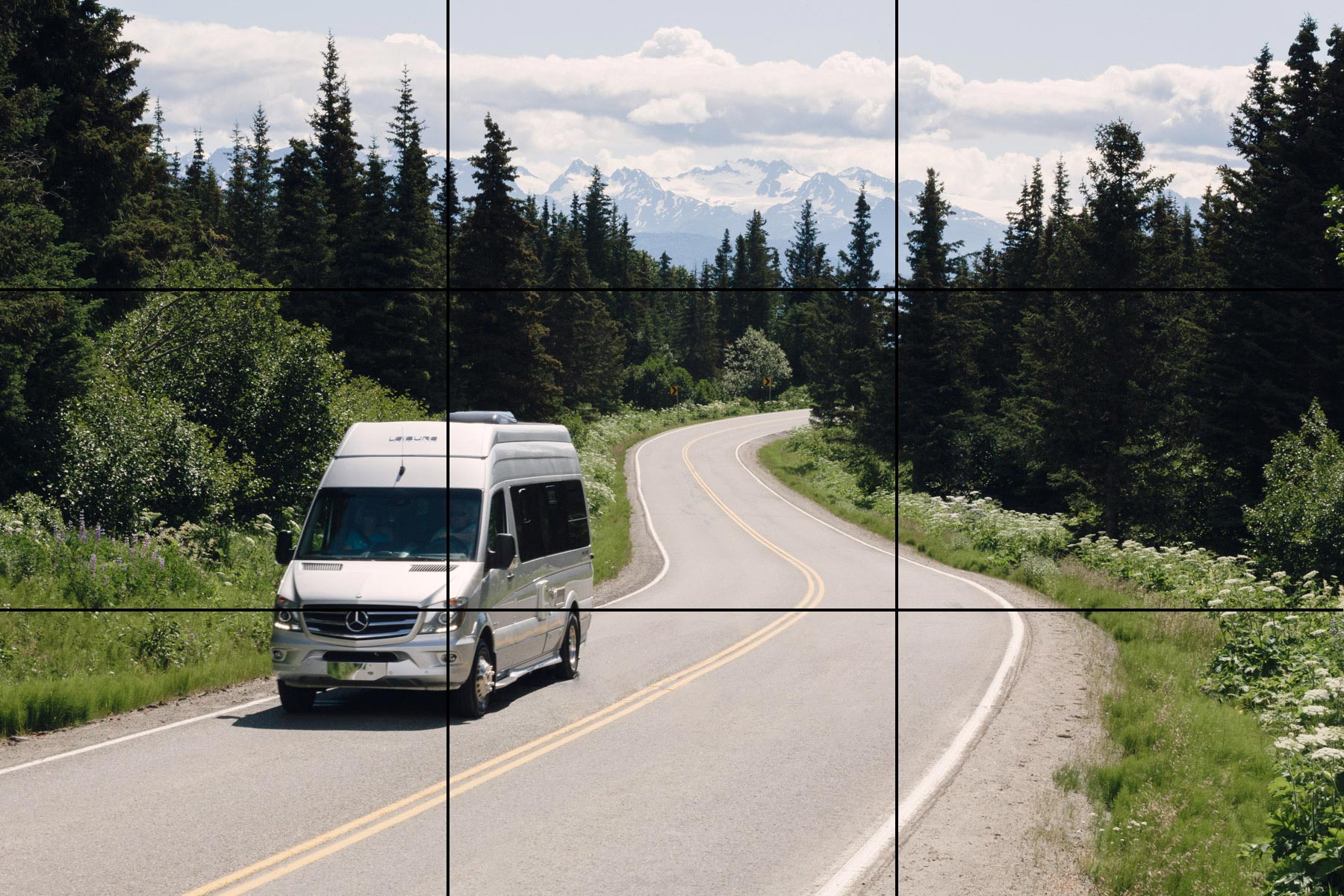 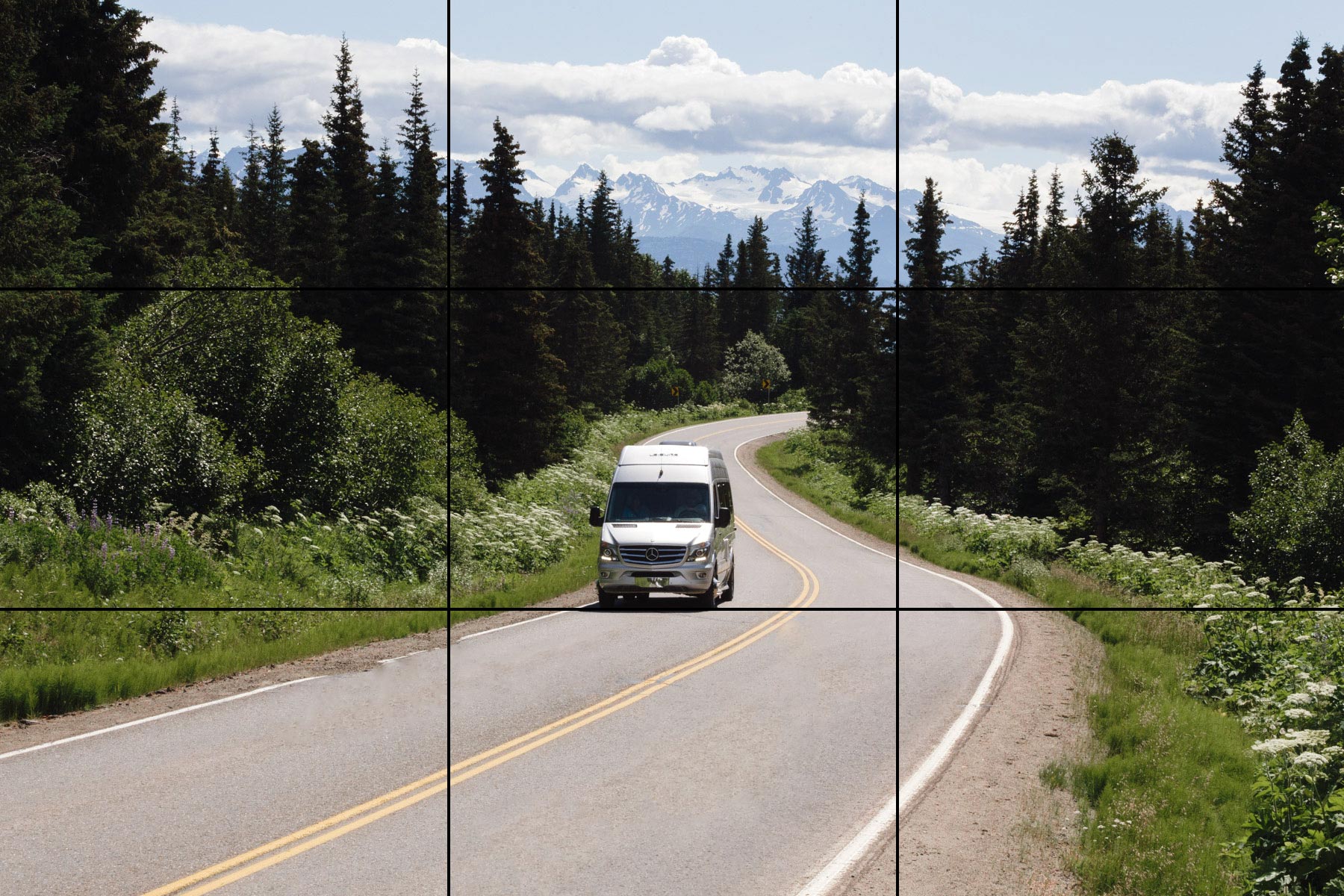 Here, the Free Spirit is almost centred. The eye lands on the RV but we are not sure where to look next. Placing the subject at a dynamic point will show the viewer where to look first, and how to navigate throughout the rest of the image.

Here are some great examples from previous photo contests, where the rule of thirds was used. 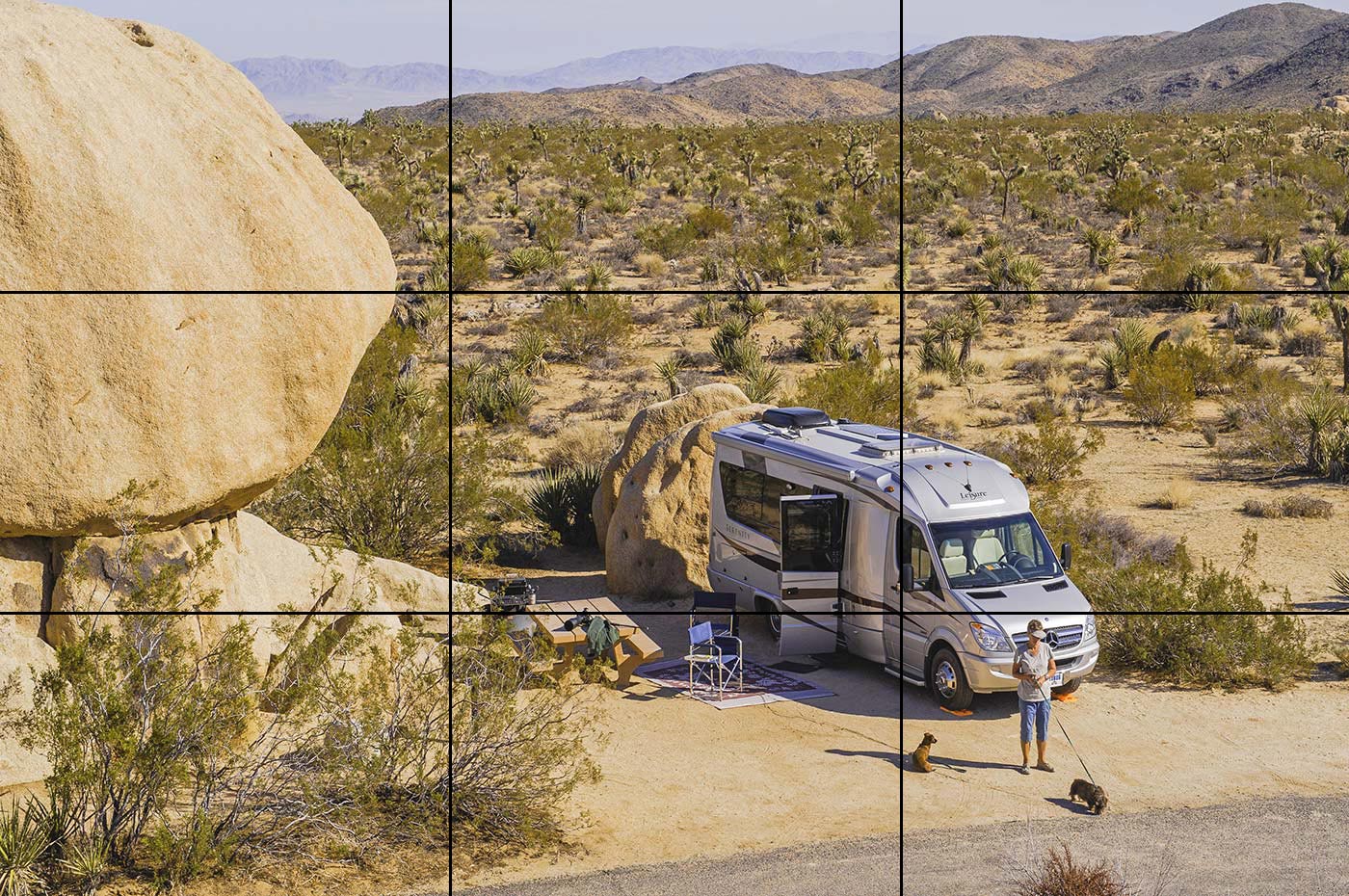 Photo by Wayne and Joyce Towriss. 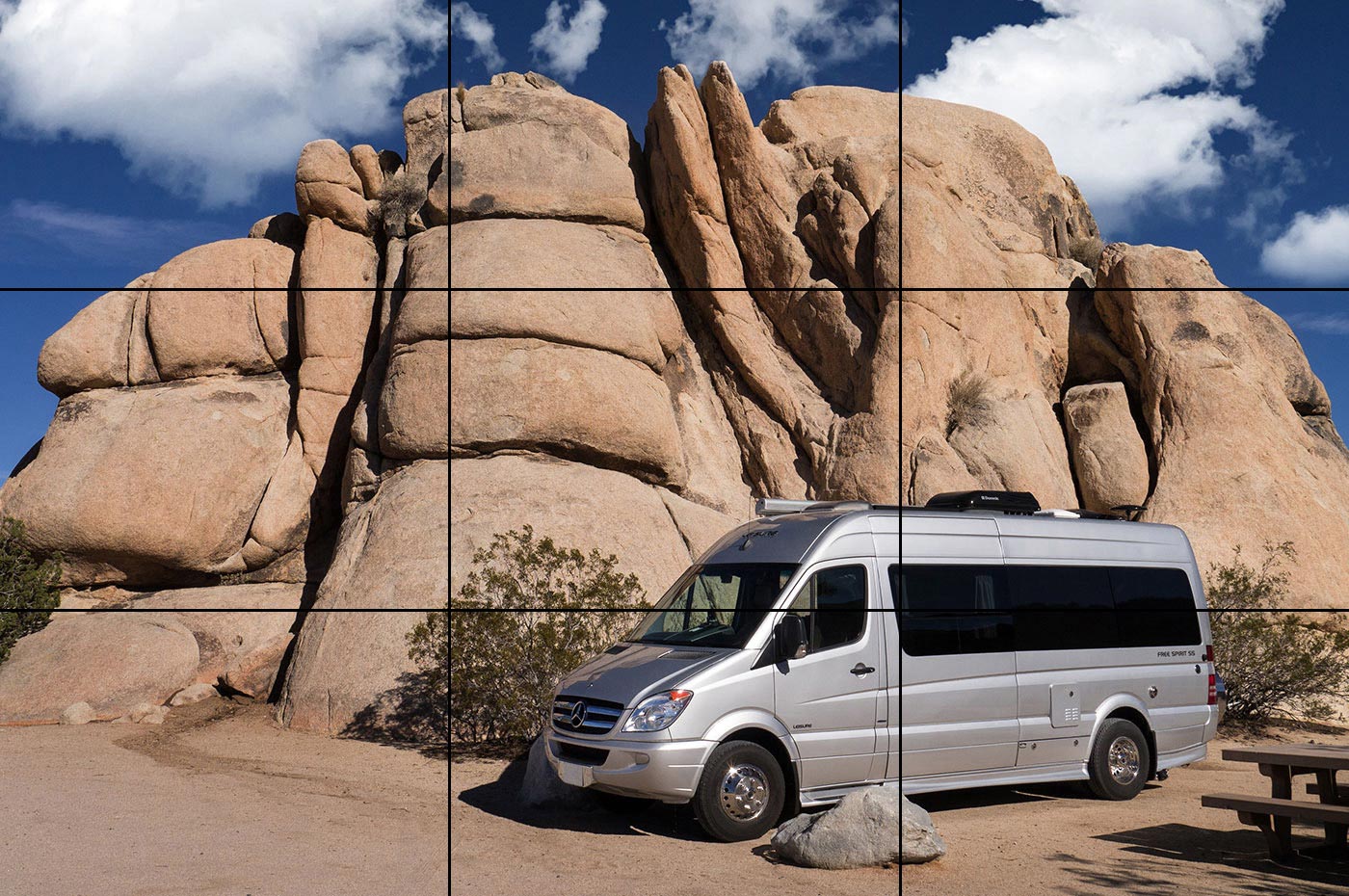 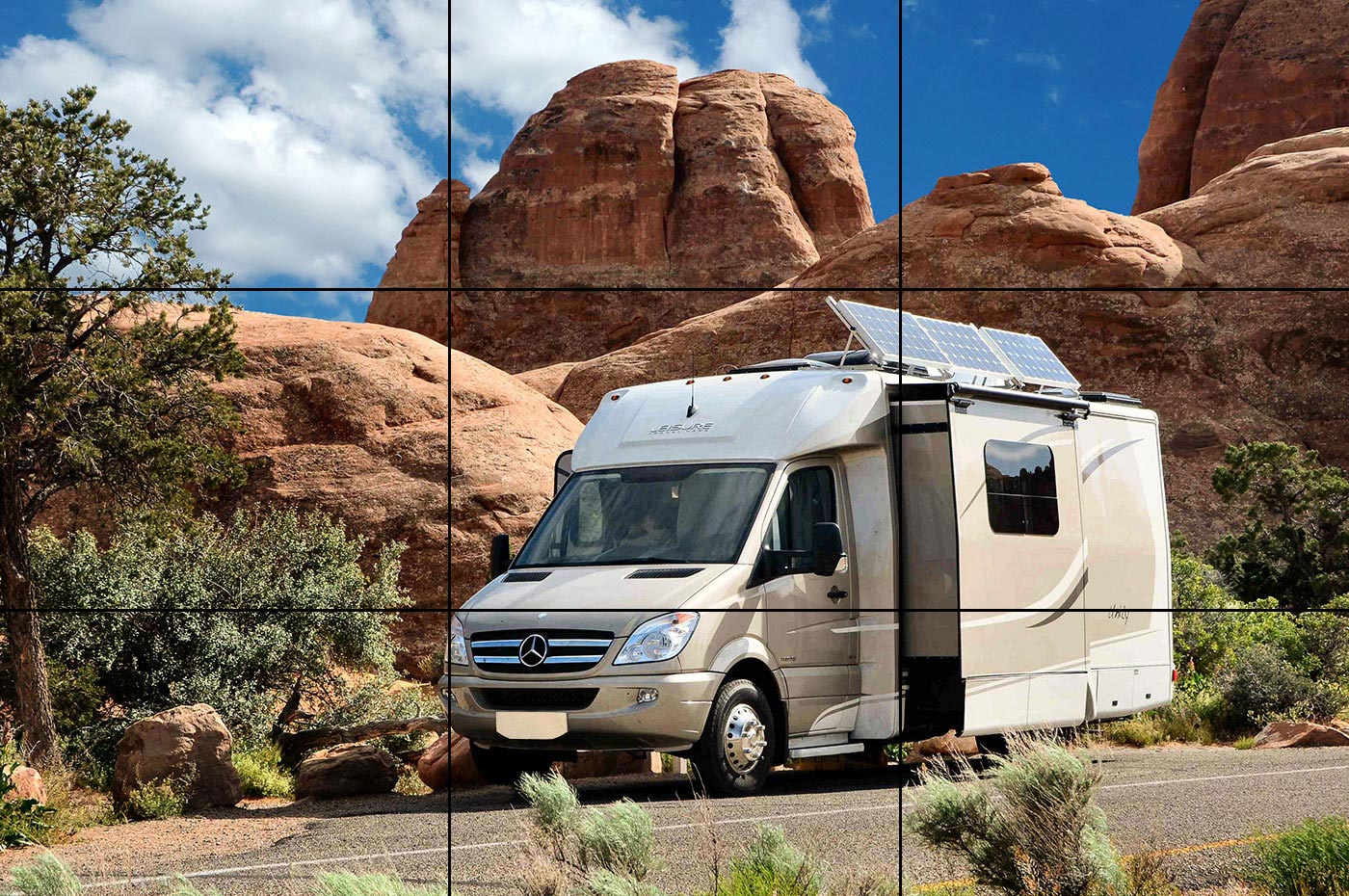 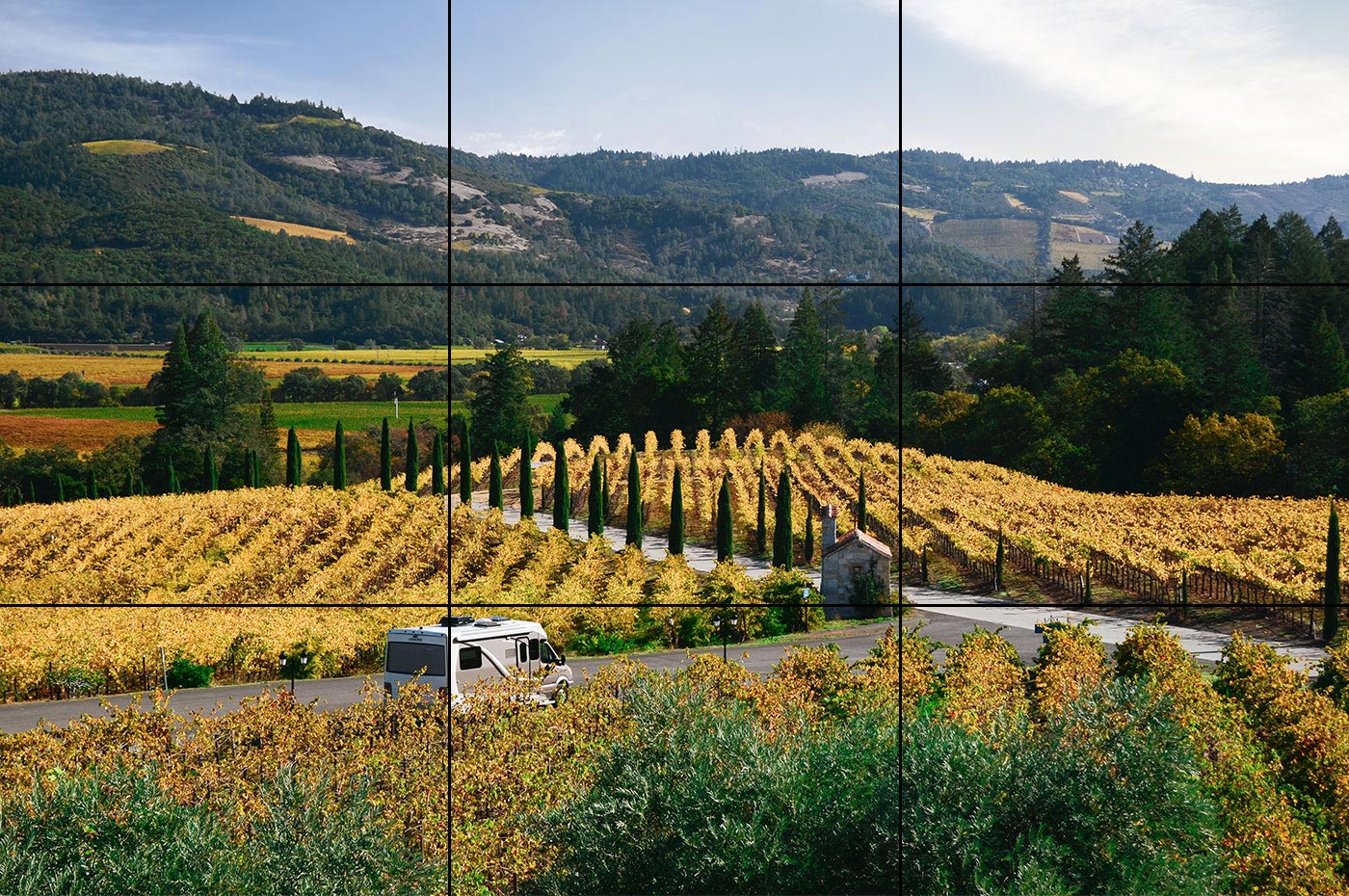 All rules can be broken, but have fun experimenting with the rule of thirds. Safe travels and happy shooting!