We bought our Serenity in 2014 and after a couple of short trips, started our grand tour of the North Western national parks. We visited Crater Lake, Olympic, Glacier, Yellowstone, and finally the Grand Teton National Park.

When we first drove into the Grand Teton, our first stop was by this spot near the Colter Bay RV park where we later camped. The view was stunning. We later enjoyed kayaking in the lake and visiting the beautiful Jackson Lake Lodge. We also had a great time visiting the bustling town of Jackson. 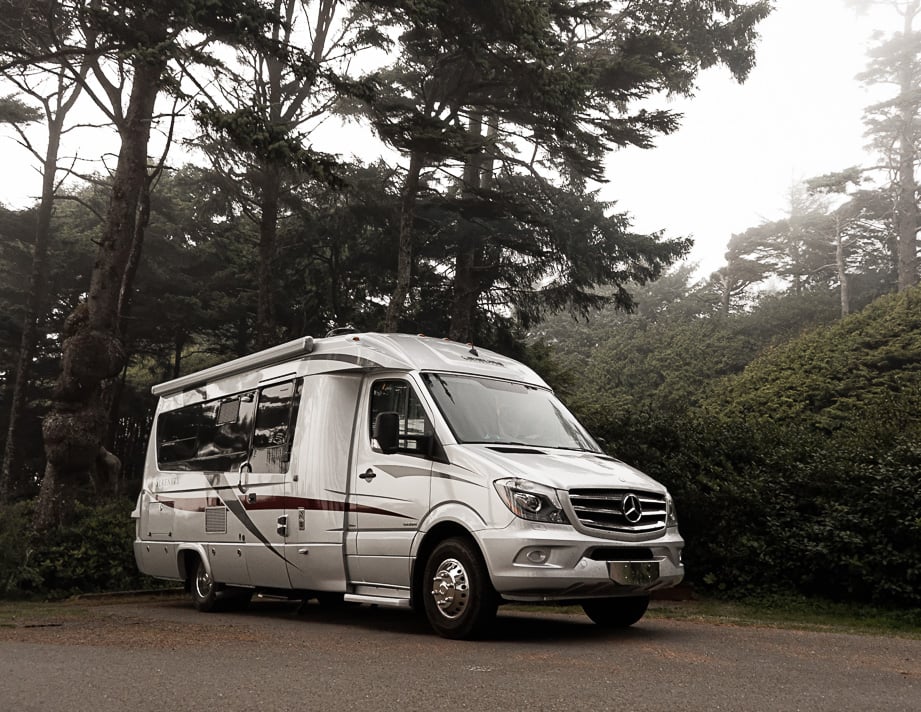 Our choice of Serenity was justified as were looking for an RV that allowed us to travel comfortably and allowed us to go to wherever we wanted to go. It did not disappoint us. We were able to drive the Serenity to trailheads that allowed us to hike to beautiful waterfalls and vistas. After a great hike, the coach is waiting for us with all the comforts of home. We even drove through downtown Seattle and found parking spaces near the wharves, as well as travelled through narrow, twisty roads of Glacier National Park. 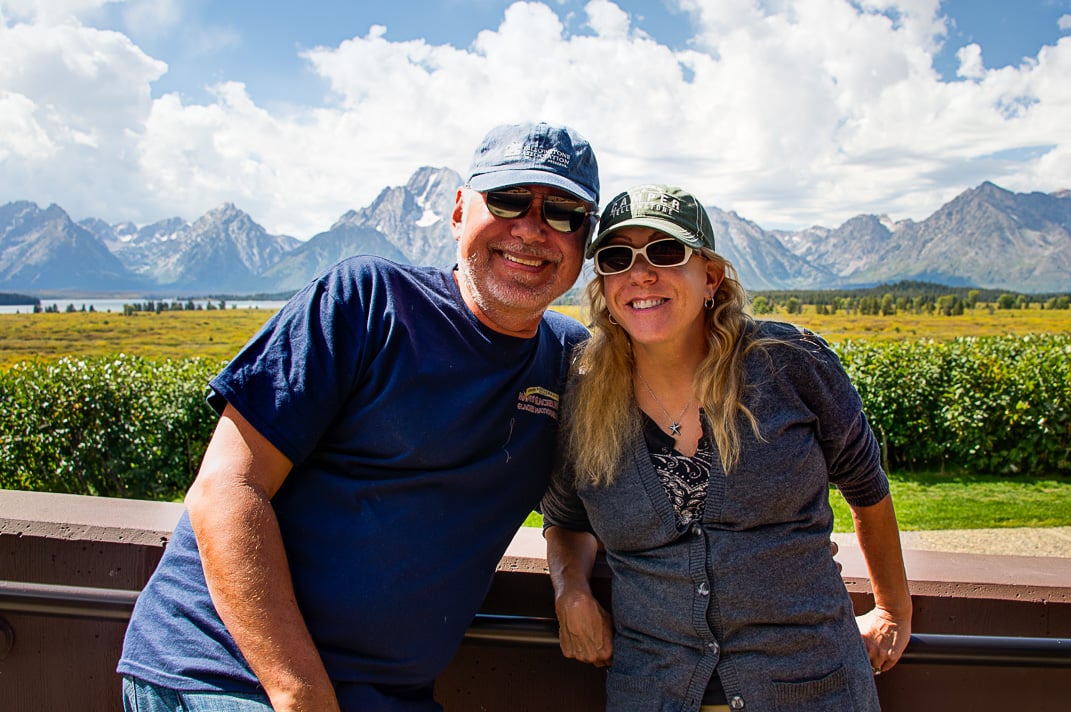 We also appreciated the ease with which we could hook-up and in-hook the coach in camp. Because the coach was our only transportation, we could camp and decamp several times in a single day. We like to eat out at local restaurants so we really appreciate being able to dress-up to dinner, drive to the restaurant, and park nearby without a problem. 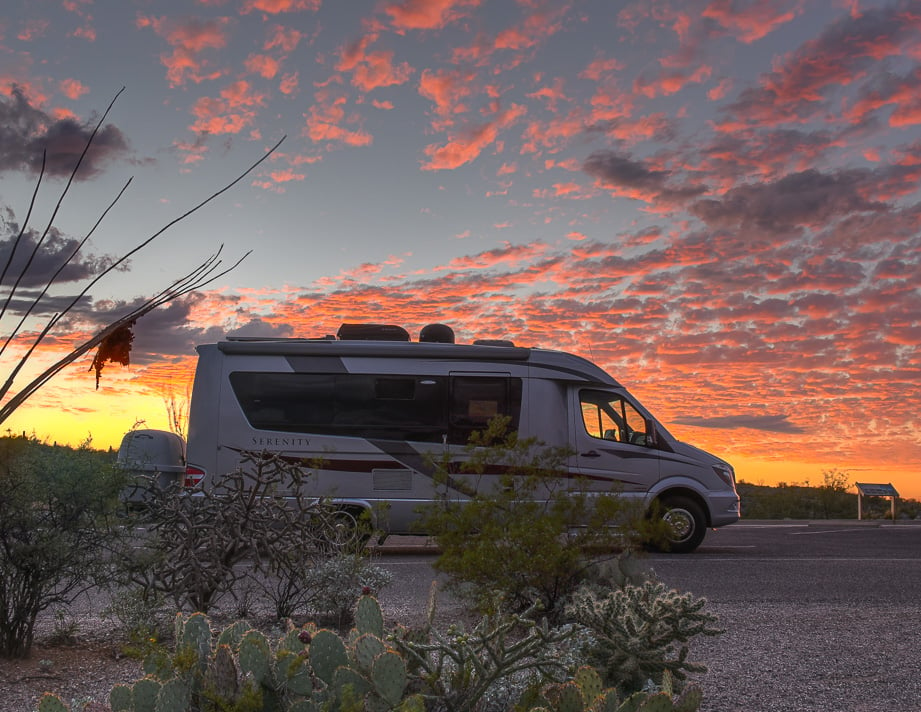 We loved driving the Serenity to a remote trail head and doing our hike, having our home away from home waiting for us afterwards.  The climax of our fist trip was camping by the magnificent Jackson Lake in the Grand Tetons National Park. 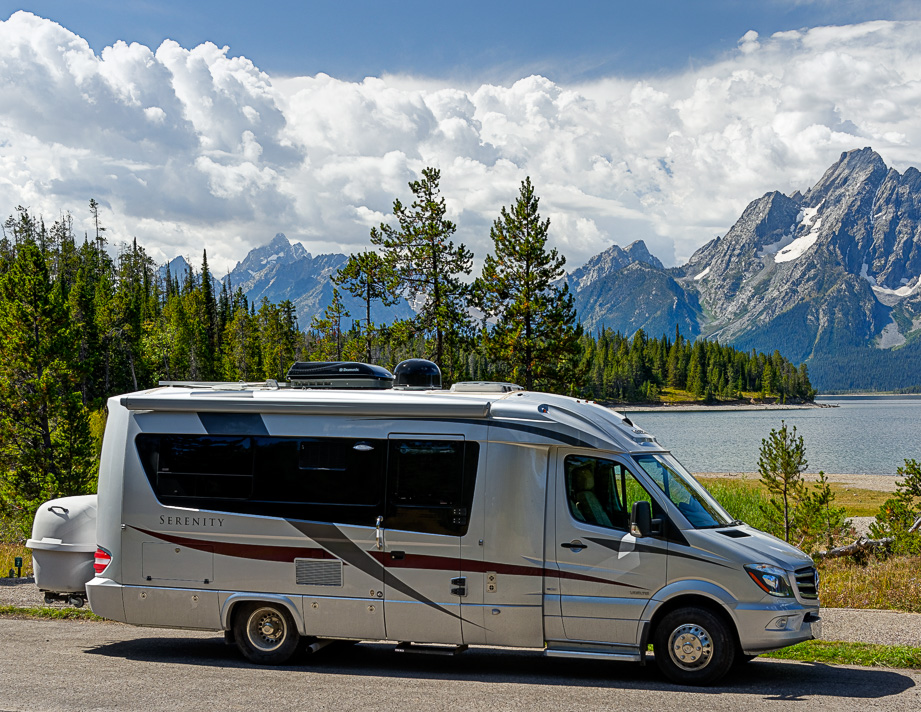 Soon after the photo was taken, we took a canoe ride and had a picnic on a isolated beach. It started to sprinkle but we didn’t mind.  The scenery was just breath taking.  We have since had many more RV trips including the South West and Canada and had a fantastic time each time.