Two Steps Into The Past 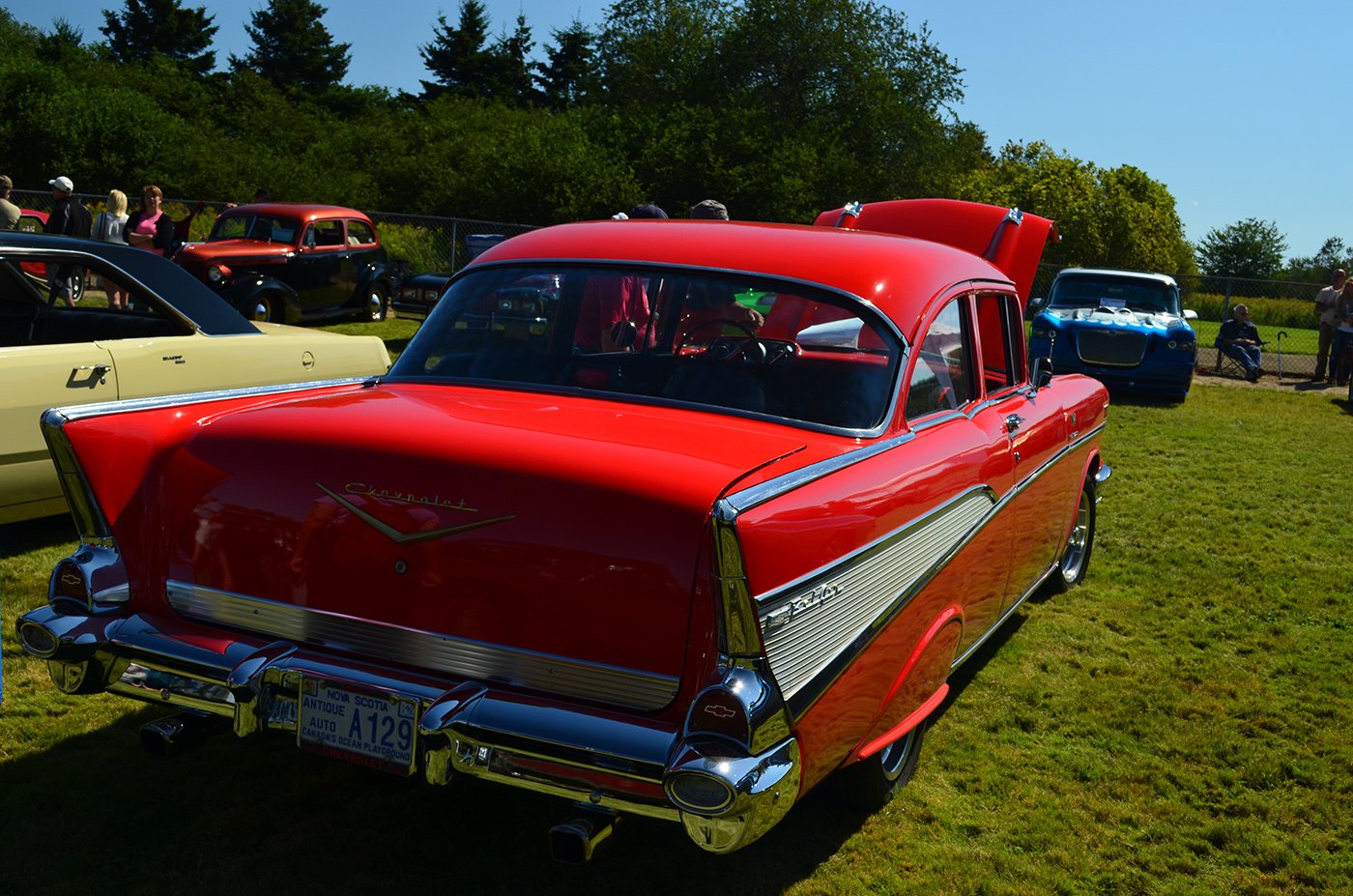 I usually do our trip planning on a day by day basis. It was while we were driving on the Eastern Shore of Canada, and perusing the local guide-book, when I noticed an antique car show along our route on the exact dates that we would be passing through.

Manny and I love walking down memory lane and admiring cars that we fell in love with when we were growing up, when guys spent hours washing and waxing their pride and joy on city blocks all over America, and evidently all over Canada too.

So we pulled into St. Mary’s Riverside Campground in Sherbrooke, Nova Scotia, Canada, to catch the 20th annual “Sherbrooke Show and Shine Car Show”. Although I chose this campgrounds solely for its location —walking distance to the event— it turned out to be an unexpected find. 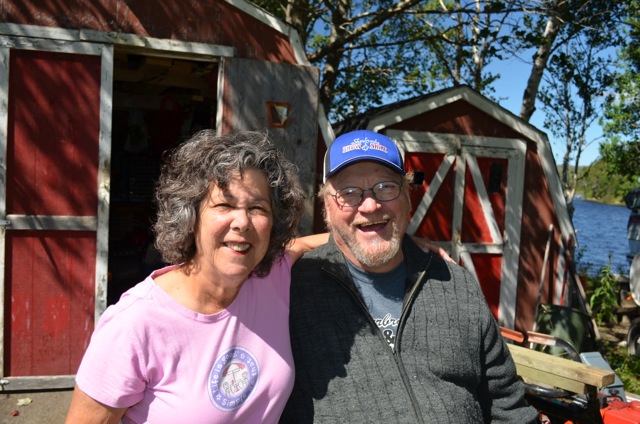 We booked a delightful riverside site with an incredible view and were enchanted by the new owner, Norrie Sarson. Norrie is a rarity in the campground business. He makes the rounds in the mornings to inquire if his campers are satisfied, asking if the wood burned well and if the showers were hot enough.

As this is a local event, most of the campers were from the area, but they welcomed us into the fold wholeheartedly. Paul, our next door neighbor, brought us two platters of homemade fish cakes and baked beans followed by three kinds of desserts. Our new friends didn’t want us to go hungry.

We awoke to a crisp cool day, perfect for wandering around a car show. We spent a couple of hours admiring the scores of pristine vehicles and chatting with their proud owners, each one pointing out his entry’s features, all hoping to win the coveted Best of Show. The Lions Club had $3.00 hamburgers grilling and oldies music playing over the loud speakers. We were transported back to a time when life was simpler, when you cared about your car and spent hours under the hood trying to keep it running, not taking it to the dealer to plug it into a computer, or trading it every 5 years when the lease is up.

As it was still early and we wanted to take advantage of the unusually spectacular weather, we decided to walk right next door to Sherbrooke Village, touted in the guide-book as a “typical Nova Scotia village of the 19th century.”

Manny and I rarely go to re-creations of towns or villages because we are wary of the Disneyland effect, conceived more as a way to generate revenue than to truly educate the public. But since we were here, we decided to give it a try. Manny reminded me that we did have a great experience last year at Bronte State Park in Ontario when we took a step into the past to visit an authentic Victorian Farmhouse.

So with an open mind, Manny and I began our stroll around the lanes in Sherbrooke Village with 35 authentic buildings restored on their original site. We watched as the blacksmith forged a piece of iron and as the printer laboriously set type, turning out local flyers and recipes. The jailer gave us samples of freshly made bread and the Woodturner showed us how he makes sipping spoons and children’s tops. Without exception, all the people we met working here did so with pride and enthusiasm. One person had been here for thirty years, another for fifteen. This did not feel like it was created for the tourists. It felt genuine.

But what impressed us the most is the Hands on History Program they promote. There are one day, two-day, or two night programs in which children and/or adults can experience and learn real tasks of the era: making butter, sewing bean bags at the tailors, working with clay at the pottery shop, or making a hammer with the woodworker. Now, that’s a way to learn and appreciate history!