Come join Club Members Towney Sausville and Wendy Uncles on an odyssey across the continent next summer. The journey will take you across the continent to the Canadian Maritime provinces, including Newfoundland and will cross through the heartland going east, and enter Canada in the Province of Quebec.

You will have many options as you cross the country to the first gathering point in Quebec City, Quebec.  Towney & Wendy plan to tour the Eastern Townships and the Gaspe Peninsula before heading to Bar Harbor, Maine, the second gathering point.  After spending a few days exploring Bar Harbor and Acadia National Park, they plan to  drive north into New Brunswick, Prince Edward Island, Cape Breton in Nova Scotia and take a ferry to Newfoundland, the easternmost part of North America.  After exploring Newfoundland, they we will return to Nova Scotia via ferry.  After touring Halifax and Peggy’s Cove and will return to Bar Harbor via ferry.

Towney & Wendy then plan to drive down the New England Coast to the mid-Atlantic, driving south on the Skyline Drive, Blue Ridge Parkway and the northern portion of the Natchez Trace Parkway before heading west to the LTV Travel Club Rally at the Albuquerque Balloon Fiesta.  Towney & Wendy are inviting LTVers to join them for a few days or a few weeks.  They have mapped out the route, chosen campgrounds, researched some sights to see, activities and side trips.  You will make your own reservations.  It promises to be a trip of diverse landscapes and cultures, different foods, music, history and lots of surprises.

Towney & Wendy will provide an itinerary plus issue periodic updates prior to the July departure.  During the trip, all communications will be continued via social media, such as on Facebook.   A dedicated closed group Facebook page is planned for anyone interested in the trip. 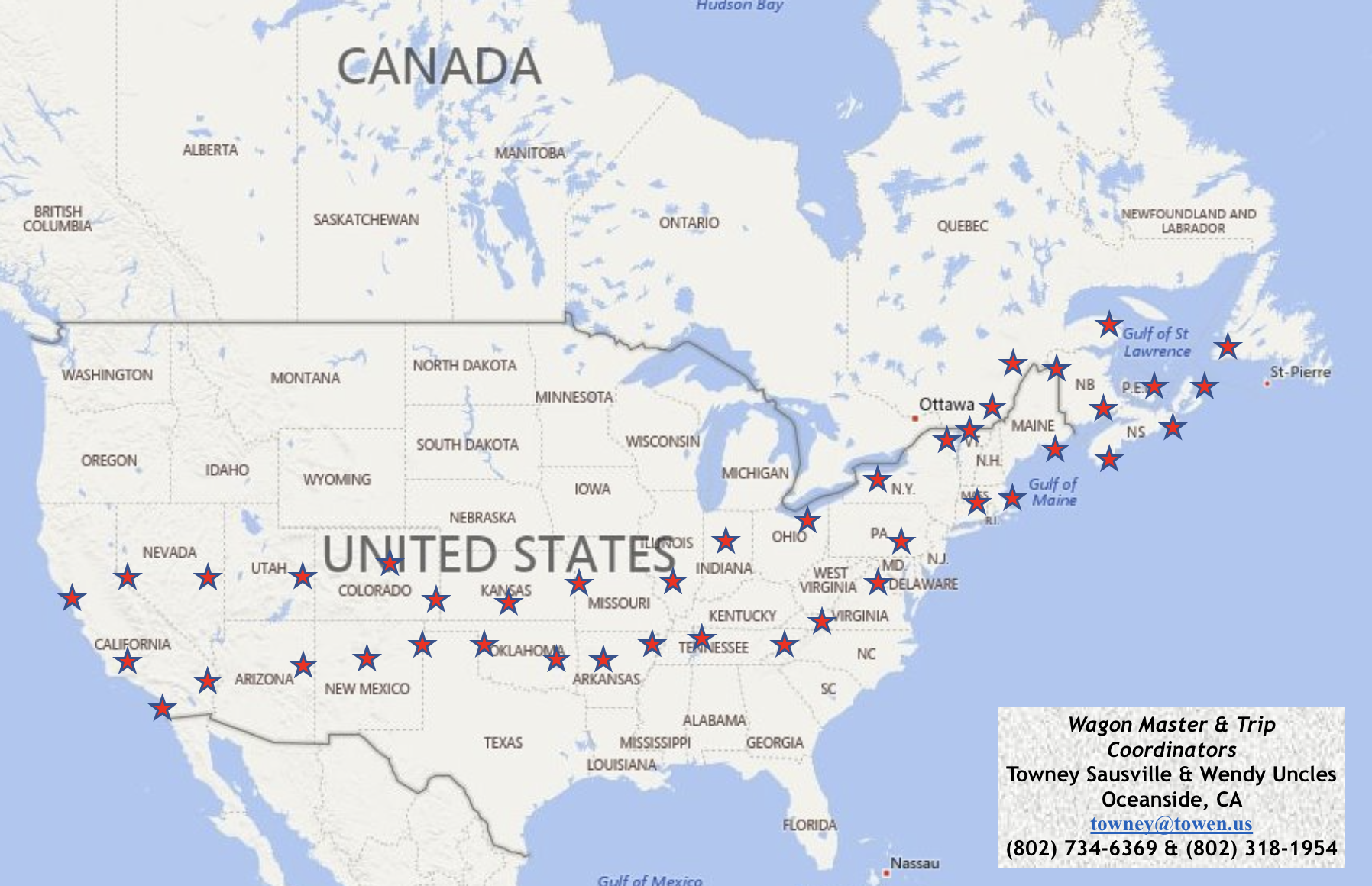