On the Road with Al and Ev in the Sabel III 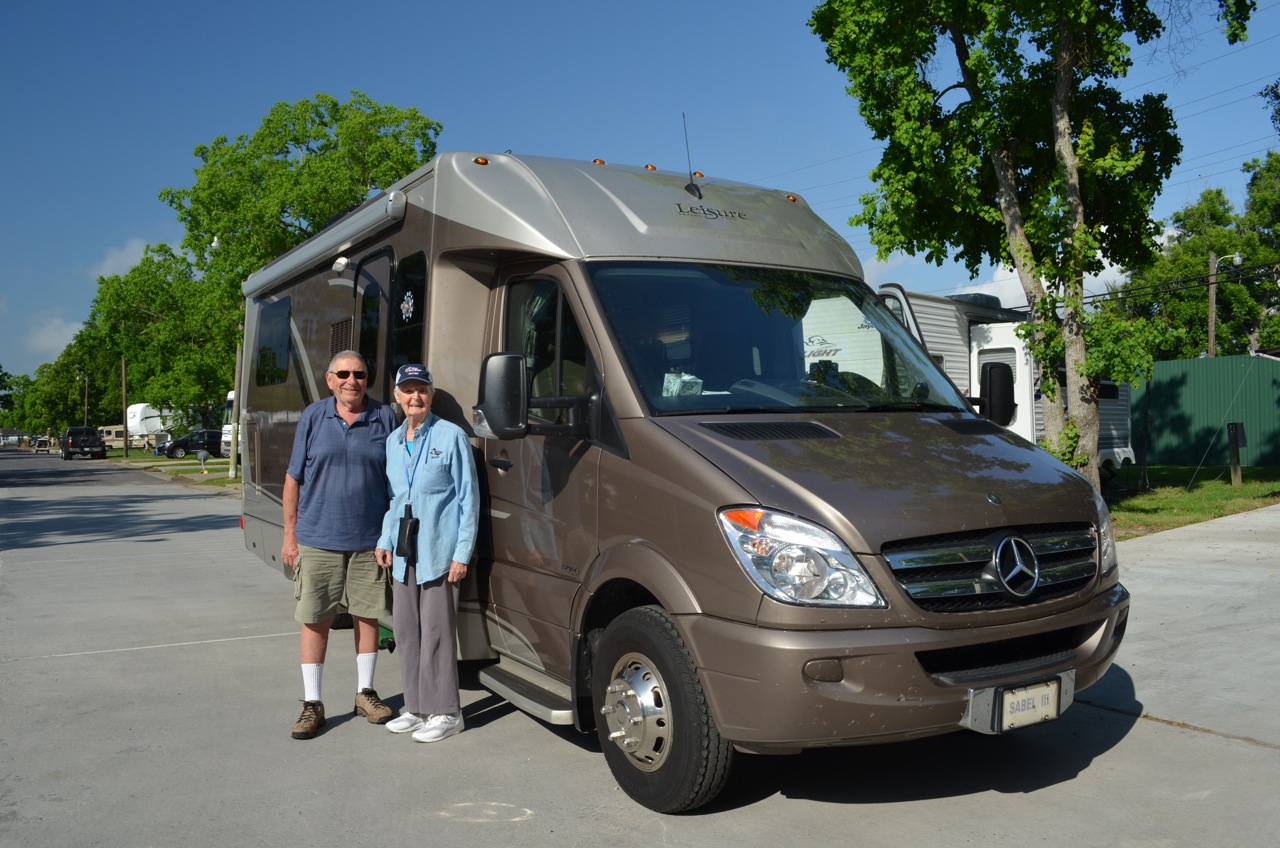 Of all the thousands of words Allie has ever said to me during our 67 years of marriage, the three words that stop me in my tracks every time are “I’ve been thinking.”

What does he have in mind now? What does he want to do? Where does he want to go? I tick off the “I’ve been thinking” moments: tours to the Canadian Rockies and Europe, and, when he got tired of museums and cathedrals and longed for adventure travel, The Galapagos Islands, Machu Picchu, Africa and Antarctica. Each time I gasped. Could I sit on a bus that long? Could I walk for hours through museums and churches? Could I climb hundreds of narrow stairs? Could I get into and out of those little boats?  Would I get malaria in Africa? Would I freeze in Antarctica?

As I voiced my reservations, Allie only twinkled more. He was excited. There were no obstacles we couldn’t overcome, he reassured me. I’d be fine. He’d make sure of it. He would see to it that I had everything I needed for comfort and safety. And most of all, we’d have fun. This was his promise to me.

I laughed with him at his enthusiasm and confidence, and of course I was hooked. I knew there was no reason to worry, for he would be true to his promise. For the Galapagos he produced walking sticks and high rubber boots, for Antarctica he provided warm jackets, hats and gloves. To protect us from mosquito bites (and Malaria) in Africa, he bought not only the required mosquito netting, but also bought repellant spray and clotheslines. These he strung over the pool deck, hung every piece of clothing we would wear on the trip, and sprayed each piece thoroughly. This precaution guaranteed that no mosquito would even come close. None did. He customized our gear for every trip, reassuring me all the way that things would work out beautifully. He was right. Each trip was wonderful and we had fun. 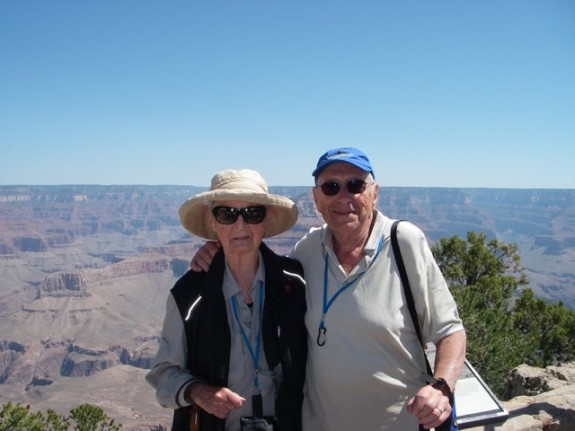 “Well, “ he answered, “you indicated that you didn’t want to fly anymore and that you’d travel with me in the car when we go to Maine for the summer. I know you mean well and you’re a good sport, but 8-hour trip days in a car will destroy your back, and you can’t drive very far without needing a stretch or a ladies’ room.”

“So we’ll just take everything with us—a john, a bed, a refrigerator, and place to stretch. Let’s buy an RV.”

I began thinking about writing a log of the Sabel III at the beginning of April 2013, when Allie and I started getting ready for our first voyage in our new RV. It was fun to observe our different versions of “getting ready”. I bought a new journal. He bought some new tools. I began thinking of writing a daily log to send to our family and friends; he began thinking about how he was going to customize the van. I told him we had to do a number of things before we could go: see our doctors, the lawyer, the accountant, the Rabbi and the undertaker. He told me we needed two chaise lounges, Corelle dishes and a set of stainless steel tableware. He began reading all the manuals accompanying the RV, and I read one about the refrigerator and one about the stove. He was being Allie and I was being Ev. But we listened to each other, respected each other’s wishes, and got the RV (a Leisure Travel Van Unity) and ourselves ready for the journey. 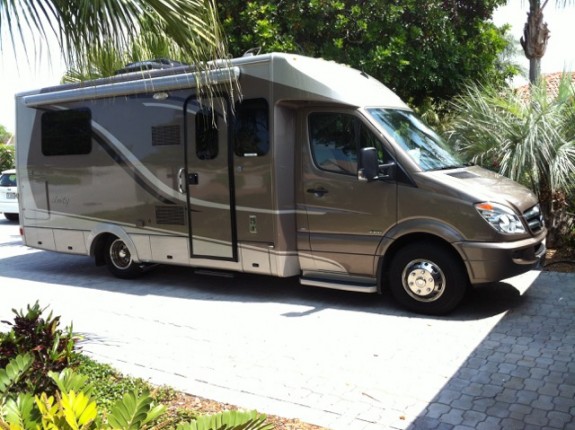 I thought about doing a blog, but since most of my friends (including myself) didn’t know what a blog was, I decided to do a daily email instead. What would I write about? And should we include pictures? I recalled friends and strangers regaling us with their various trips, including one-hour showings of pictures from various media; historically, 16 mm. projectors, 8 mm. projectors, slide shows, black and white or color photographs, and recent emails on computers or streams on cell phones. The one thing they all had in common was that if the “show” went on too long, the travelogue got boring. So, not wanting my emails to be a “slog”, I decided to stick with variations on culture, locales, experiences and food. Allie agreed he would keep his pictures to a minimum, recording only those sights and sites he deemed spectacular. “On The Road with Al and Ev” or “On the Road with Ev and Al” was born.

Since the trip would highlight the national parks, Allie did all the research on the parks and I made the reservations, learning the language of the RV world as I made the calls. Turned out we needed a “full hookup”, 30 amps (whatever they are), and a “pull through”. The latter mattered the most to me because the opposite is a “backup”, which calls for the driver’s partner (me) to guide him into the slot backwards. He has to see me in his backup mirror and I have to see him in his side mirror and give him hand signals. Not a good thing for a marriage, so I opted for a “pull through” every time. But sometimes there was no choice, and when that happened I used all my charms to find a nice young man to do the signals, keeping our relationships and our RV intact. In the RV world they call “pull throughs” wife savers. 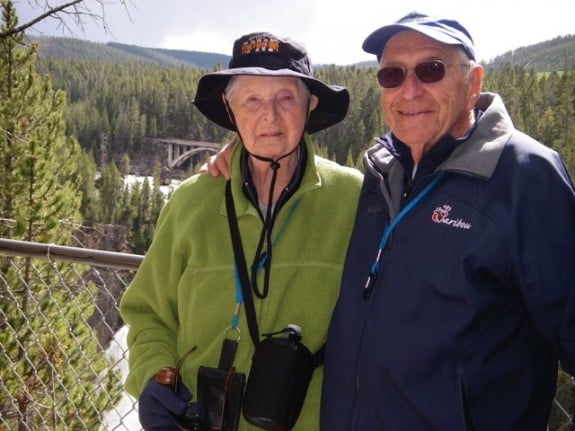 Once we had the RV in the driveway we realized we needed a few more things: a Keurig coffeepot, night lights that don’t need electricity, hangers that don’t fall off the rod, bungee cords to hold everything down while traveling, and a storage area where we could keep the van overnight, since our deed restrictions don’t allow RV’s in the driveway. The Unity was becoming a member of the family, requiring love and nurture. It also needed a name. Recalling the fun we had on our two boats when the children were young, we named it the Sabel III, derived from Susan (daughter), Albert (skipper), Bill (son), Evelyn (mate) and Lerman, which tied it all together. We were ready to go.