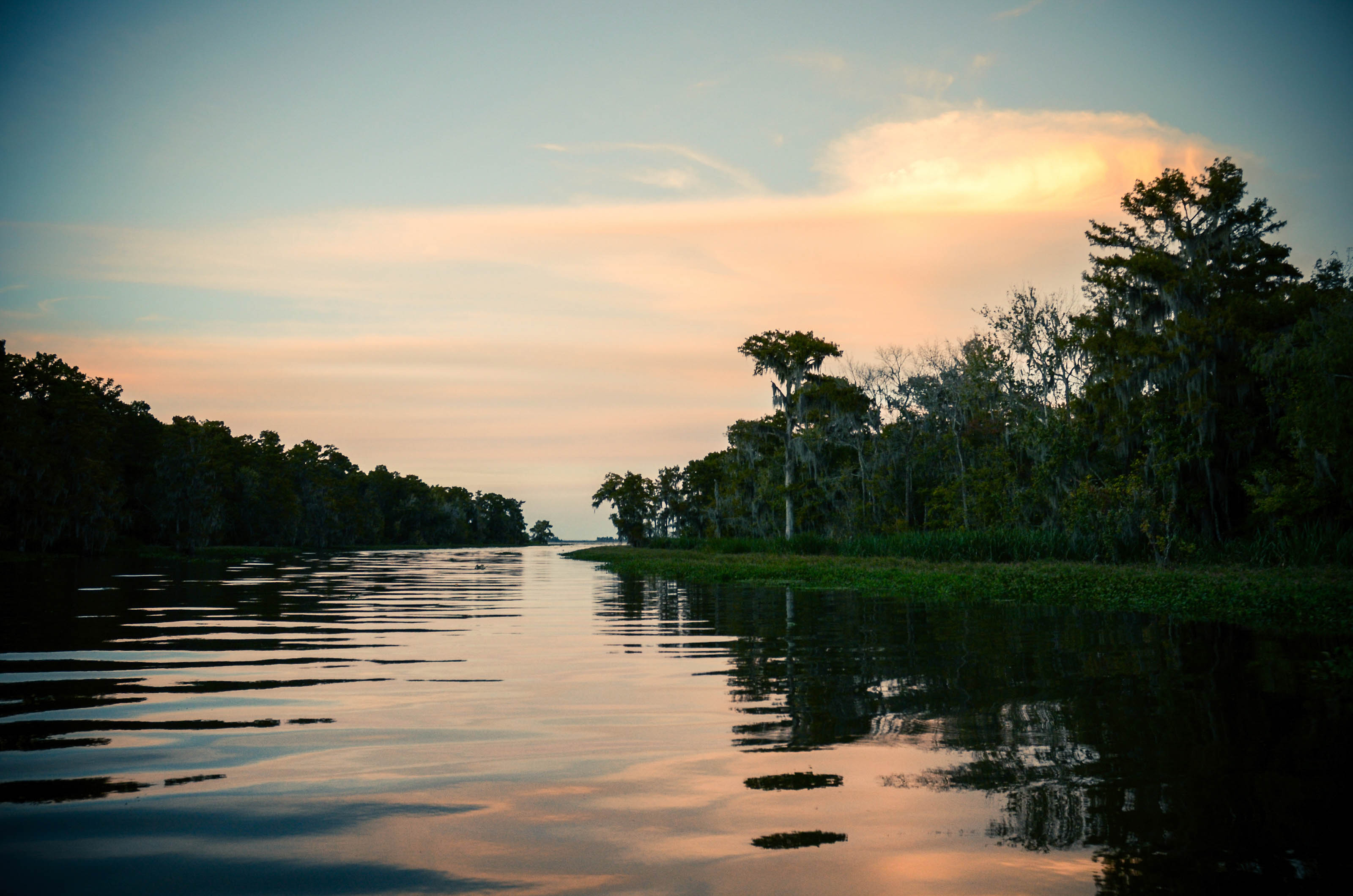 It was time to meet with AAA’s Mr. Gospel (Gausepohl), to set up a trip cross-country to California, up the coast to Washington and Oregon, across Canada to Quebec, and then straight down to the USA, Waterville, Maine and camp.

He was his usual Mr. Wonderful, with knowledge of everywhere to go and even more important, where not to go. We’ll have his triptych shortly and then begin planning for our second RV journey.

We had talked about making this trip different for a couple of reasons: every day would be shorter because last year’s days were too long (about 500 miles) and we got too tired; we saw many of the national parks last year; we have people to visit along the way. So we’d be driving more days, but we’d have plenty of time to stretch out on our lounges, read, enjoy the sun, and do as much sightseeing as we pleased. We’d also be seeing people (my publisher, cousins, old friends, camp friends, family friends) in California, New Mexico, Washington and Oregon. There would be some national parks and there would be some scenic routes as well. Allie wasn’t too keen about the visiting part, being much happier when he is on the go, but we compromised until we were both satisfied. 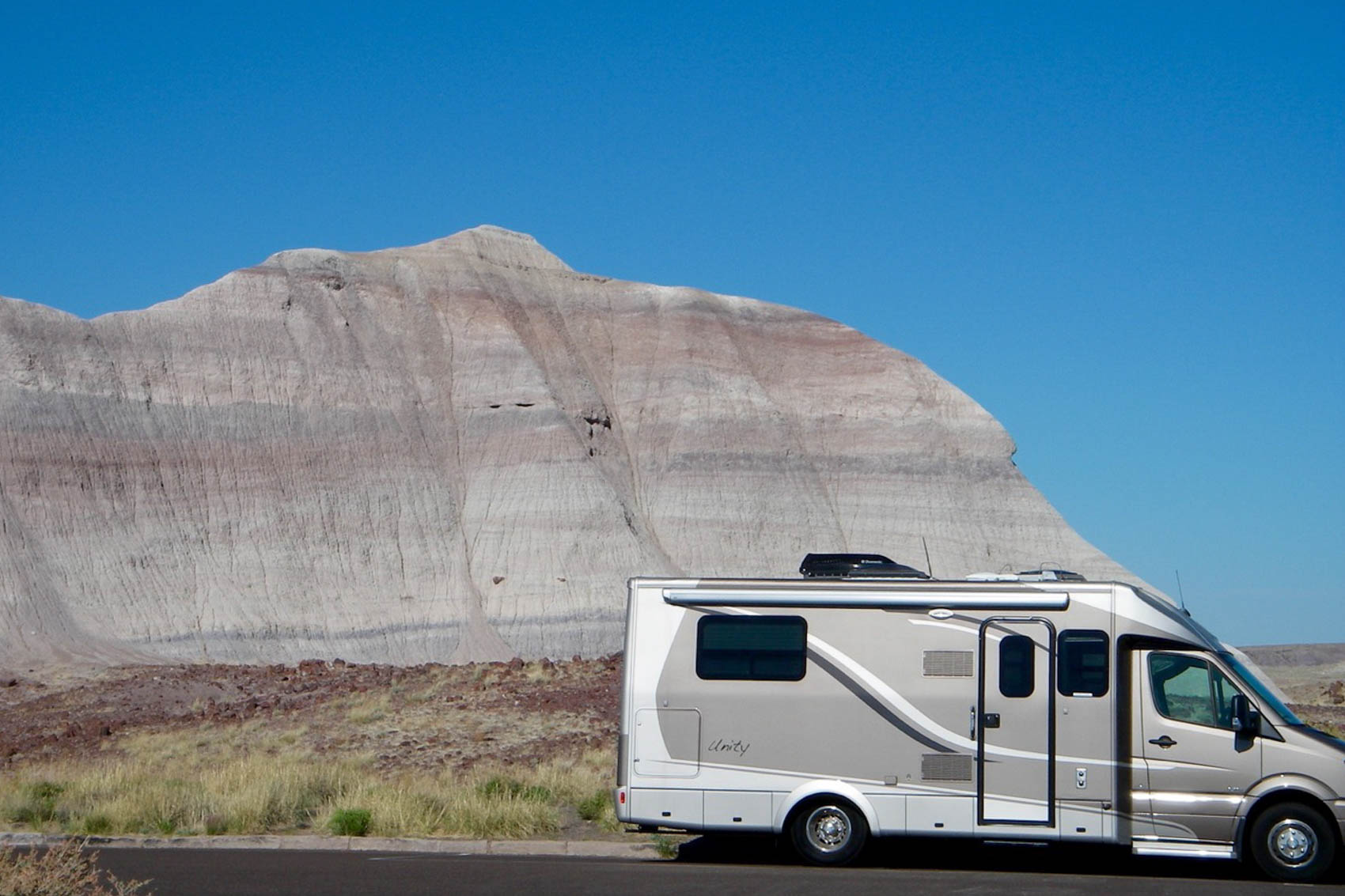 Back to getting ready.  Allie began working at the dining room table which he covered with huge maps, travel books, and magic markers and was making notes that indicate “must see”, “spectacular” and such, all recommended by Mr. Gospel.

But life intervenes, even while you are living it, and we were waylaid by an accident and cataract surgery. Allie fell onto his shoulder, a loud noise I heard accompanied by a couple of lamps falling at the same time he did. I “ran” from the kitchen to the TV room to find him all in one piece, having broken no bones, nor even any lamps. No shattered glass, no splintered furniture. Just a man in agony.

We went to the Sarasota Emergency Care Clinic and were delighted with the care. Several x-rays confirmed no breaks, just a very bad bruise that would take several weeks to heal. After weeks of physical therapy and Ev-care, he was almost pain-free. The hardest part of the whole deal was that I had to drive and those of you who know Allie well know that he doesn’t like anyone’s driving except his own. But after a few white-knuckled days, he relaxed and finally admitted that I was a good driver, not daring like him, but not pokey either.

And then his optometrist and ophthalmologist confirmed what he knew—that he wasn’t seeing distances as well as he once did, and that he needed cataract surgery on both eyes. That turned out very well and soon we were down to one drop in each eye several times a day, down that is from four drops of three kinds all day. So, almost back to normal, we awaited the gospel from Mr. Gospel and would soon again be knee deep in maps, books, phone calls, emails and planning.

After two days of driving we landed in New Orleans, a stop we didn’t make on our last trip, so we were excited about seeing this fabled city. At 8:30 a.m. we were picked up by a van filled with people going on the Bayou Tour. We were not disappointed: a barn-board weathered shack greeted us along with the Captain of our boat. Right out of the movies he was with his beard and moustache, his beer belly, his raggedy clothes and a hearty, bellowing voice. Clearly in love with his bayou and everything in it, he regaled us with stories, pointed out the alligators (from babies to full grown 12-footers), the raccoons, and the ibis. He attracted the gators with marshmallows, which I guess is OK in LA, but worth a hearty fine in FL. Being an environmentalist, I found the marshmallows tacky. 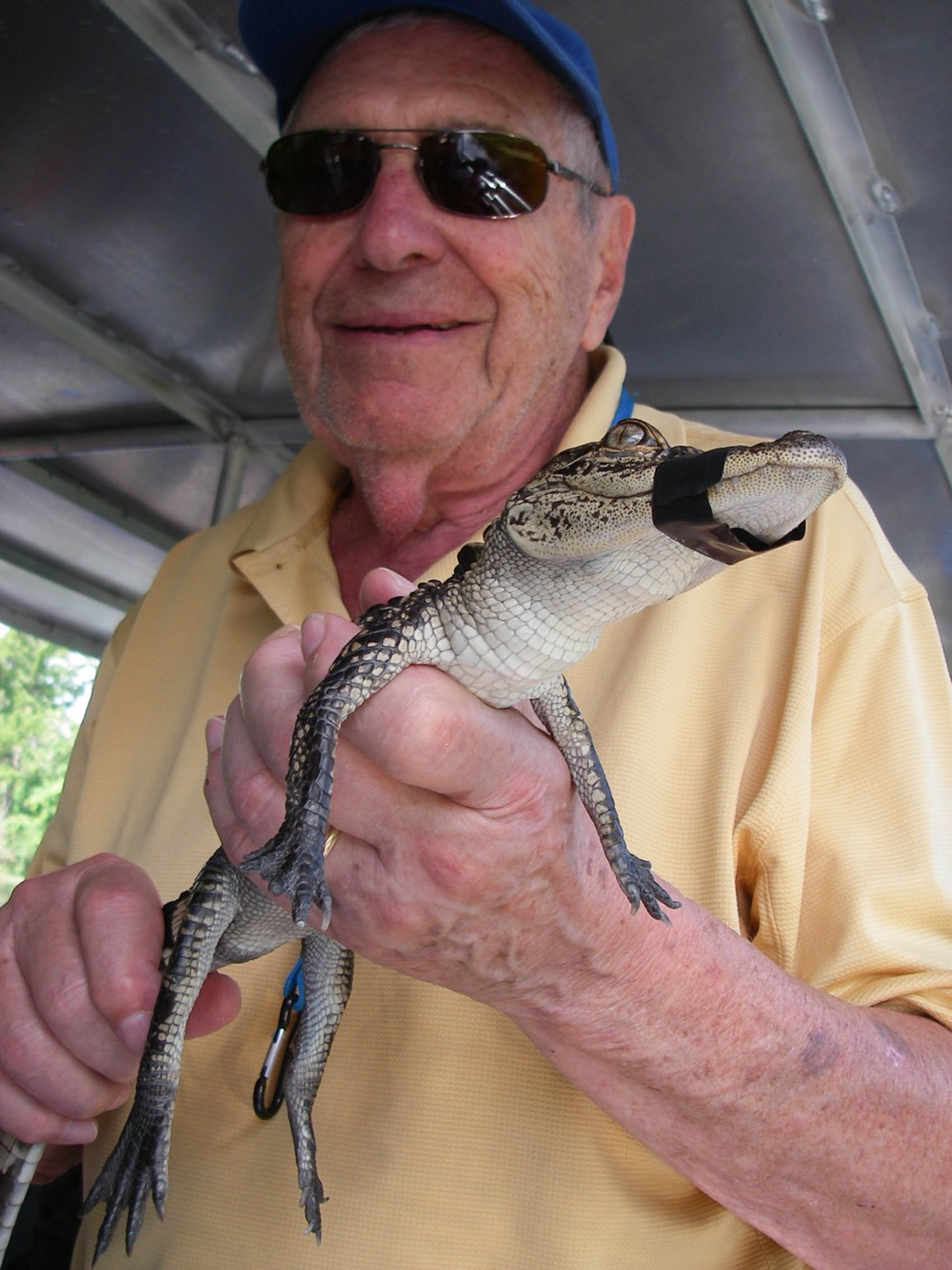 His sign read: “We have not yet fed the alligators today with human body parts, so don’t start now. Keep your hands in the boat.” Then he went on to tell us that gators are not aggressive; it’s the raccoons you have to watch out for. The bayou, unlike the Hollywood versions, was sweet smelling, cool, green and bug free. A lovely, interesting morning.

Our original plan, created while sitting comfortably at the dining room table at home, called for lunch in town. But having just finished the tour, we opted instead to come home to the RV, have a light lunch, and spend the afternoon on the bike, the lounges, the bed with my legs raised on a huge ball, and the computer. We also had the pleasure of meeting a wonderful young couple: Roz and Manny Lizarriturri, who had the good judgment to buy a Leisure Van like ours with a slightly different interior and do a wonderful blog: RozMan Productions, on their website: www.2adventurers.com. They are a great pair: she is the writer and the interviewer; he is the video producer and the computer whiz. Their focus is the music and the culture of the places they visit. Look them up. It’s worth it.

Dinner in town was wonderful. We went to Oceana, a restaurant touted by both locals and RVers, and were delighted. A superb introduced us to crawfish etoufee, jambalaya, red fish, and a wonderful Irish coffee for Allie. While waiting for a cab to take us back to our RV home, we observed some of Katrina’s damage: buildings without roofs, walls torn apart from homes, ramshackle shacks tumbling over each other, and dark grey lines on walls where the water level rose to. But the locals we spoke to said they wanted only to live in New Orleans. Once you’ve lived here you never want to live anywhere else, they said. We loved it, too, but we love Sarasota more and we’re not moving.