Our First Week With Our Unity IB 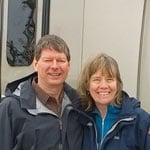 Joel Smith and Sharon Person May 24, 2016
All articles

We started off week 1 of RV’ing by going from Winnipeg to Narcisse Manitoba to see the snakes. Luckily the weather got much warmer so they were back out in the dens doing their spring mating. The snakes are red sided garter snakes and they believe there could be upwards of 70,000 snakes that hibernate in the dens through the winter and then come out in the spring to mate before dispersing to the surrounding area to feed for the summer. There are 4 dens in the park but the most snakes were out in Den 4.

It was amazing to see how large the females were in comparison to the males and the writhing balls of snakes were fascinating to watch. We even had a small ball come out on the walkway and go across our shoes!

After Narcisse, we headed up to Hecla Provincial Park but we couldn’t find a place to stay so we asked at the Lakeview Resort and they allowed us to boondock in the Golf Course parking lot for the night.

The next day we hiked in Hecla Park at North Point, did the trail to Sunset Beach, hiked out to the old lighthouse, picnicked at the Quarry stop, did part of the Grassy Narrows Marsh Trail, and stopped to see the lighthouse where the ferries used to come in to Hecla Island (now there is a causeway). What a spectacular day we had in Hecla. 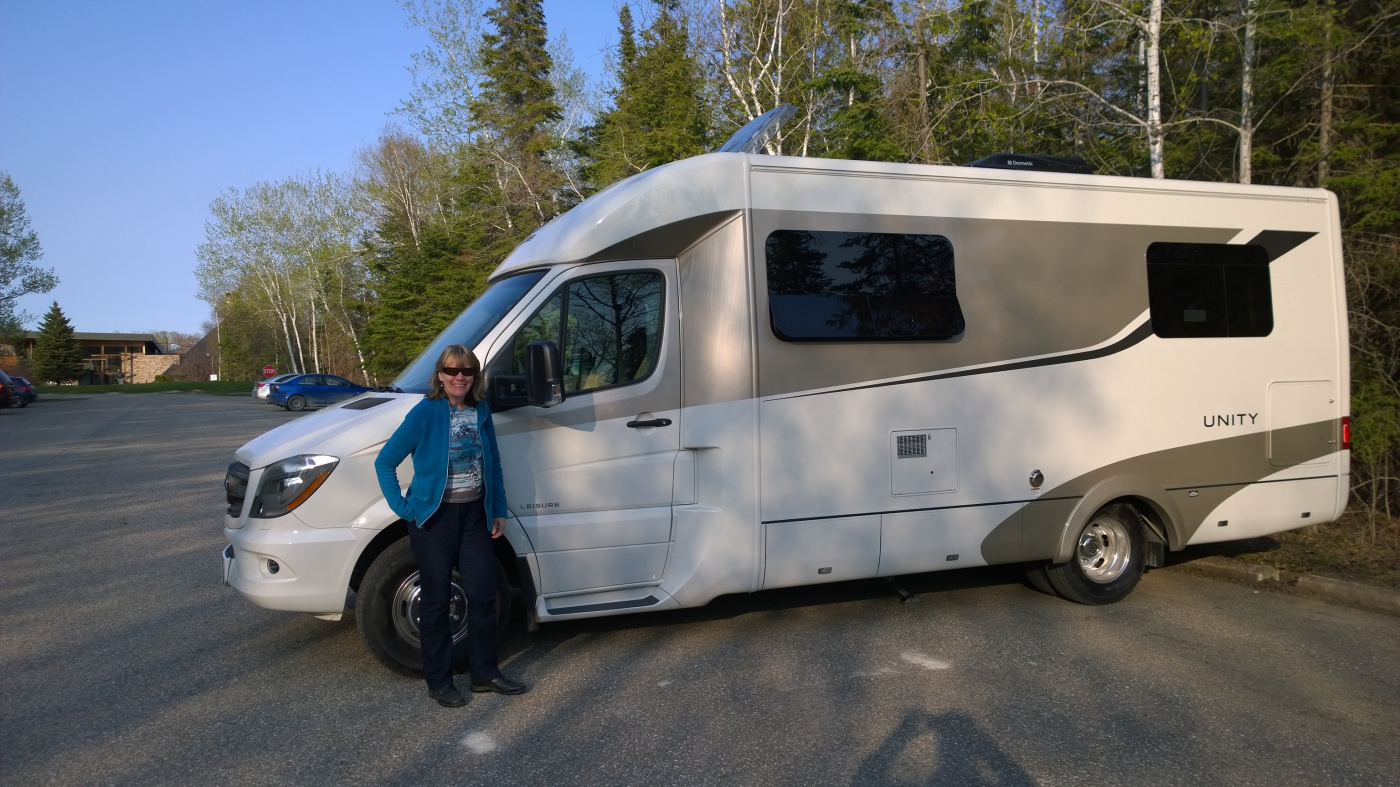 We had the same problem finding a place to stay that night but luckily a seasonal RV park owner felt sorry for us and let us use an empty spot for the night with a full hookup in Winnipeg Beach for $20.

The Provincial Parks in this area of Manitoba were all closed until the May long weekend and the RV parks either said their insurance didn’t start until Friday or they didn’t take overnight visitors! The next morning we headed back to Gimli and visited the really well done Icelandic Museum. We even got to dress up as Vikings;-) Then we went to the Diageo Distillery where the Crown Royal Northern Harvest whisky of the year 2016 is made but they didn’t offer tours at this time of year, we could just smell the whisky fermenting. We carried on to Winnipeg Beach and in turn to Grand Beach (only 1 other person on the entire beach). At one time Grand Beach was one of the top 10 beaches in the world. The sand was amazing, very fine and white. Again we spent a couple of hours trying to find a place to stay and couldn’t so we went on to Powerview where they had an RV park that was open.

On Friday we worked our way along the Winnipeg River seeing several Hydroelectric dams including Powerview which was right by our RV park. We stopped for lunch at the Seven Sisters Falls picnic area which was quite the adventure. First we had to navigate the 2 km dirt road filled with pot holes and washboard surface.

When we got to the end we followed a track only to realize that we couldn’t turn the RV around. Some of the pot holes on this track were 3 feet deep and on either side were trees hanging out trying to scratch the new RV. I had to back out about 150 feet with Sharon giving me guidance! We eventually made it out ok and then found the falls and they were spectacular! There were tons of Pelicans catching fish beside the falls and there were no people around at the picnic area. We had a beautiful lunch spot and did a bit of hiking before heading out.

We decided to take the 307 and 44 roads to get to Falcon Lake as it looked more scenic but it was also scary to drive. The road was extremely narrow with no shoulder and the RV was rocking back and forth as the road was uneven the whole way. If any road was going to test the RV to its fullest potential this was the one! Along the way we also stopped at the Bannock Point Petroforms and saw fish, turtles, and snake rock formations. We arrived at Sharon’s parents cottage after a 6.5 hour journey and the triptik said it should take 2 hours to drive, note for future planning of our travel pace;-) 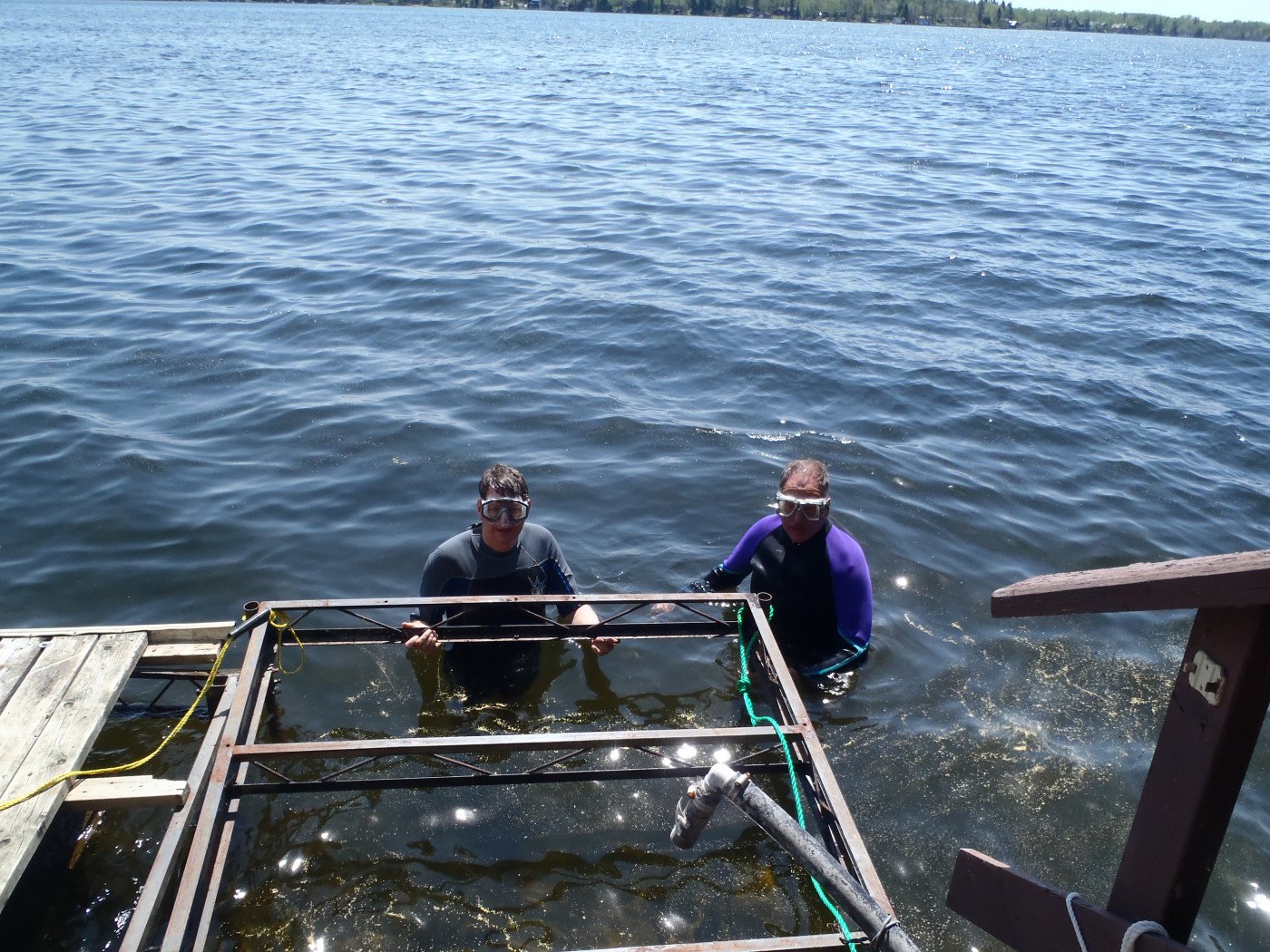 We had dinner and watched the close to full moon. The next afternoon Brian and I put the dock in and the water was a balmy 62F, far better than when we put our dock in at home. 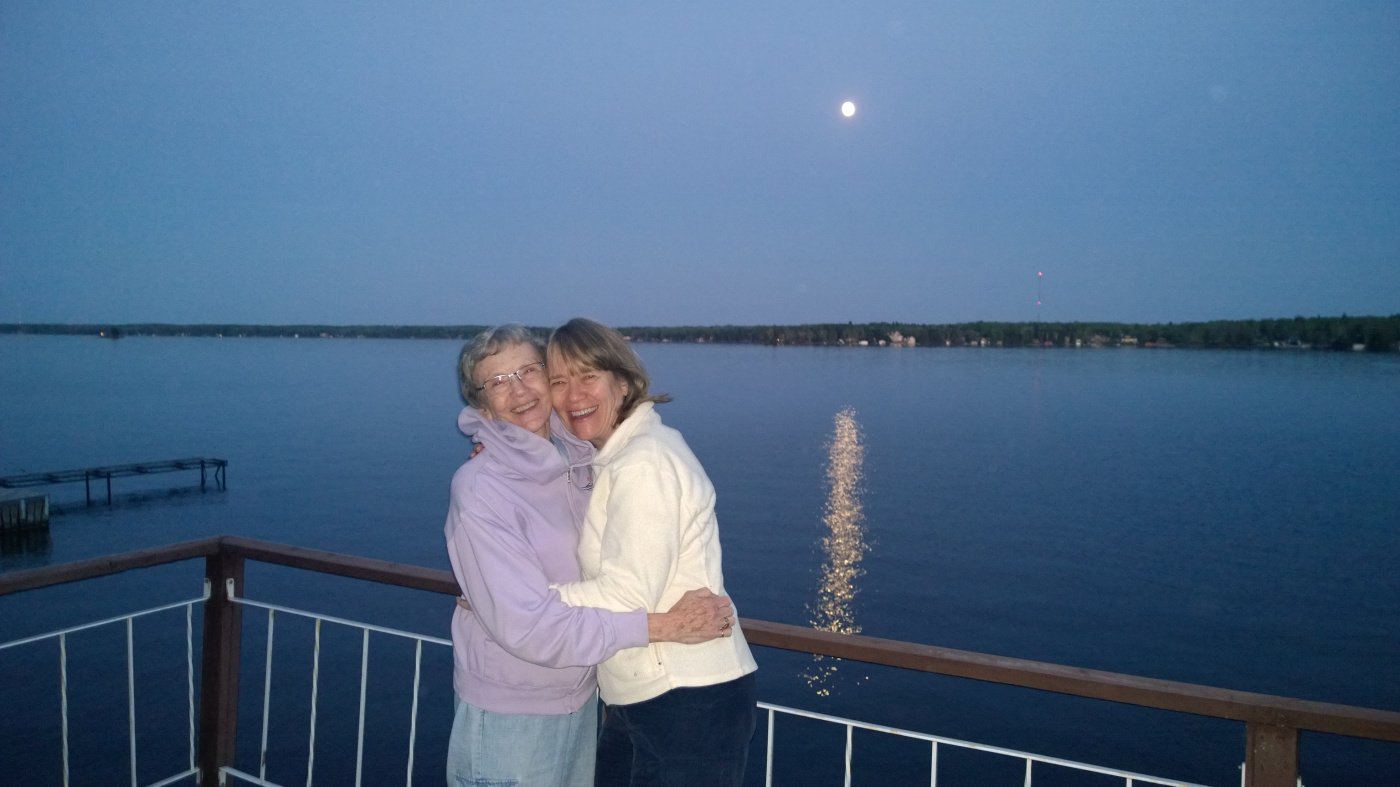 What an amazing first week with the RV, boon docking, learning how to use the inverter, how to fill the fresh water tank, how to empty the black and grey water tanks, and how to use the audio visual systems in the rig. In addition phenomenal sites that we saw across Manitoba. A good sign for the many adventures ahead!

Sharon and I are retired and enjoying the travel lifestyle. We have a 2016 Unity IB and live in it roughly 50% of the time. We like to explore in Canada and in the United States primarily in National and Provincial/State parks. We like to hike, mountain bike, and scuba dive. I hope with my Explorer articles that I will foster others to adventure to areas we have seen.