The Long Road to America’s Interstates 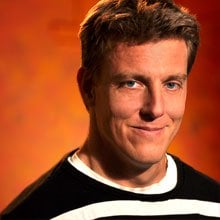 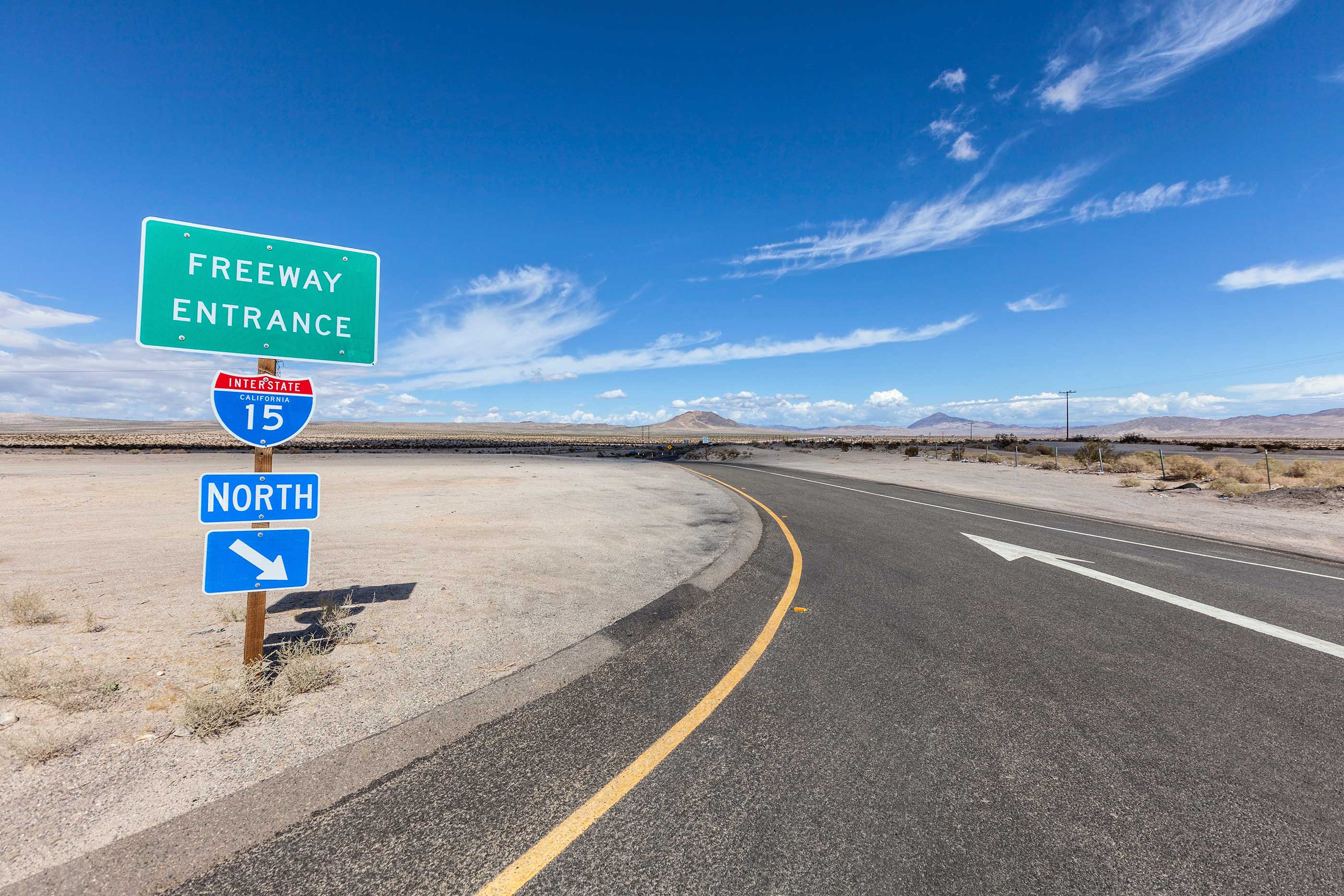 Like Stonehenge, the pyramids of Giza and Mick Jagger, the U.S. Interstate Highway System is one of those marvels that seems to have been around forever.

The reality is quite the contrary. In fact, a few notable items that have been around longer than our interstates include the Burger King Whopper, videotape recorders, microwave ovens, Disneyland, diet soft drinks, credit cards, NBC’s “Today” Show, bar codes, color TV, marshmallow Peeps and Actor/Singer/Lifeguard David Hasselhoff. Even police radar guns have been around longer than our interstates, which just goes to show the odds have been stacked against drivers from the beginning.

In fact, this year marks just the 60th anniversary of passage of the National Interstate and Defense Highways Act, the legislation that paved the way for construction of America’s superhighways. Of course, actually completing the interstates took decades longer. The tale of how our modern highway system came to be is long, winding and filled with detours. But it’s a trip well worth taking.

Remarkably, the driving force behind America’s first cross-country highway wasn’t any government official, but an Indianapolis businessman named Carl Fisher. Rising above a hard-knock childhood, Fisher was barely 20 years old when he opened what was likely the first automobile dealership in America. He was a born salesman with a flair for promotion. To demonstrate the durability of the cars he sold, Fisher once pushed a seven-passenger car off the top of a tall city building. After the car came to rest on the street below, Fisher’s brother jumped in driver’s seat, started it up and drove the car back to the dealership as an amazed crowd looked on and cheered.

In 1904, Fisher founded Prest-O-Lite, a company that would eventually supply the headlamps for nearly every automobile manufactured in America, making Fisher a millionaire. Realizing that the sales of cars– and the headlamps he made– depended on well-constructed new roads, Fisher conceived his most outrageous promotional idea yet: he would build a paved highway spanning the United States from coast to coast.

Fisher named the project “The Lincoln Highway” after the president he idolized. To fund construction, Fisher solicited contributions from his many prominent friends both inside and outside the auto industry. Investors included Thomas Edison, Theodore Roosevelt and Woodrow Wilson.

However, funding for the Lincoln Highway fell far short of necessary. Although Fisher hoped to complete the project in time for the 1915 World’s Fair in San Francisco, long stretches of the road remained unconstructed years later.

Still, the highway opened for traffic and a handful of intrepid motorists attempted to travel its entire length, from New York City to the beaches of California. The most famous of these expeditions was the 1919 Motor Transport Corps Convoy, a combined effort of the U.S. Army and automobile manufacturers, including Packard and Cadillac. Among its 79 vehicles, military leaders and auto industry representatives was also a young Army officer named Dwight D. Eisenhower, who would later play a pivotal role in construction of the interstates.

Progress was slow from the start. In some areas, the convoy spent the better part of a day simply trying to extricate vehicles from thigh-deep mud. In others, convoy leaders opted to get off the road altogether because cutting through the adjacent fields was easier. Finally, after covering 3,250 miles over 62 days, the convoy rumbled into San Francisco. While on the move, it averaged less than 6 mph, the pace of a light jog.

Once the country got rolling on road construction, not even the Great Depression could stop it. With unemployment as high as 25 percent, President Franklin D. Roosevelt decided road building was a perfect way to put Americans to work. Between 1933 and 1938, Congress pumped a staggering $1 billion into road projects funding the construction of 54,000 miles of paved roads.

But it took a memorably cantankerous bureaucrat named Thomas H. MacDonald to get them built. Known as “The Chief,” MacDonald ran the newly created Bureau of Public Roads in the same heavy-handed manner that J. Edgar Hoover ran the FBI. But MacDonald’s tyrannical approach also made him incredibly effective in getting roads built.  Over his thirty-four year tenure, MacDonald directed the construction of the nation’s first true interstate road system, including more than 3.5 million miles of paved highway.

MacDonald devised the numbering system for highways we still use today, assigning east-west routes even numbers and north-south routes odd numbers. It was a simple but dramatic improvement over the previous patchwork of randomly selected signs, numbers and names.

MacDonald also laid out the plan that would serve as a blueprint for the U.S. Interstate System. He envisioned a network of highways offering non-stop high-speed travel, with limited entrances and exits. Also, unlike Franklin Roosevelt, the president under whom he served, MacDonald believed that tolls should not be charged on the new highways.

Just when the drive to construct America’s superhighways was picking up speed, World War II brought the effort to a screeching halt. Following its conclusion, however, the war likely also accelerated their construction. The global conflict had pulled millions of young men and women off farms and out of cities all over America. The military sent them off to train at distant forts around the country, then dispatched them to fight across Europe and the South Pacific. For many, it was their first taste of travel and adventure. Except for the obvious drawbacks of combat, most GI’s decided they liked it. After returning home to start families, these former soldiers longed to see and experience new places, even if only in their own country.

What’s more, as the Cold War began to heat up, armed conflict with the Soviet Union appeared inevitable. Knowing an atomic attack would focus on large cities, newly elected President Dwight D. Eisenhower felt a duty to provide urbanites a quick means of evacuation. He also knew an autobahn-like system of highways would be essential for efficiently moving troops and supplies where they were needed.

In 1954, Eisenhower presented his solution. He proposed a National System of Interstate Highways to enable “safe, speedy, transcontinental travel and intercity communication.” The benefits of such a system included reduced congestion, increased economic efficiency and a greater ability “to meet the demands of catastrophe or defense, should an atomic war come.” It would also be the most expensive peacetime project in history.

After considerable haggling with state governors and Congress over who would foot the bill, it was decided that the federal government would pay 90% of the costs of building the interstates, with most of the money coming from an increased tax on gas. With agreement reached on how to pay for the project, the Federal-Aid Highway Act of 1956 was passed providing for the construction and purchase of 41,000 miles of interstate highways.

The new superhighways would be far superior to the narrow two-lane highways motorists were accustomed to driving. The interstates would be specifically designed for high-speed driving, offering a minimum of four wide lanes and broad shoulders to accommodate breakdowns or pullovers. There would also be no at “at-grade crossings”; intersections would be replaced by overpasses and underpasses to keep traffic moving in all directions. Access would be limited to onramps in select locations. Finally, the interstates would be elevated well above the surrounding landscape to promote quick drainage and prevent flooding.

The estimated cost of the interstates was set at $28 billion and their completion was scheduled for 1966. As you can probably guess, these projections proved a trifle off. By 1981, the project had already exceeded $130 billion while approximately 5 percent of the network remained unfinished.

However, once construction concluded, the National Interstate Highway System had transformed America into a much different place. The country was crisscrossed from coast to coast and north to south in ribbons of thick concrete—enough to build a sidewalk from Earth to a point in space five times the distance to the moon.

America also became a fundamentally much smaller, more accessible nation. Connected by smooth, multi-lane, high-speed roadways, the country’s distant ends didn’t seem quite so distant. Suddenly, the Windy City was just a day’s drive from the Sunshine State. The hot springs of Arkansas lay just down the road from the snowcapped peaks of Colorado. One could chow down a cheesesteak in Philly one day and a deep-dish pizza in Chicago the next. All that was required was a vehicle, gas, and a thirst for adventure.

Sixty years ago, none of that was possible, or at the very least, it was much more difficult. Clearly, America has come a long way. Of course, if you’re looking to toast the anniversary of the interstates, there’s hardly a better way than by planning a good long road trip!

Richard Ratay gets around. Maybe that's because his parents began lugging him and his siblings on road trips across America since almost the day he was born. He is the author of the upcoming book "Don't Make Me Pull This Thing Over! An Informal History of the Family Road Trip."