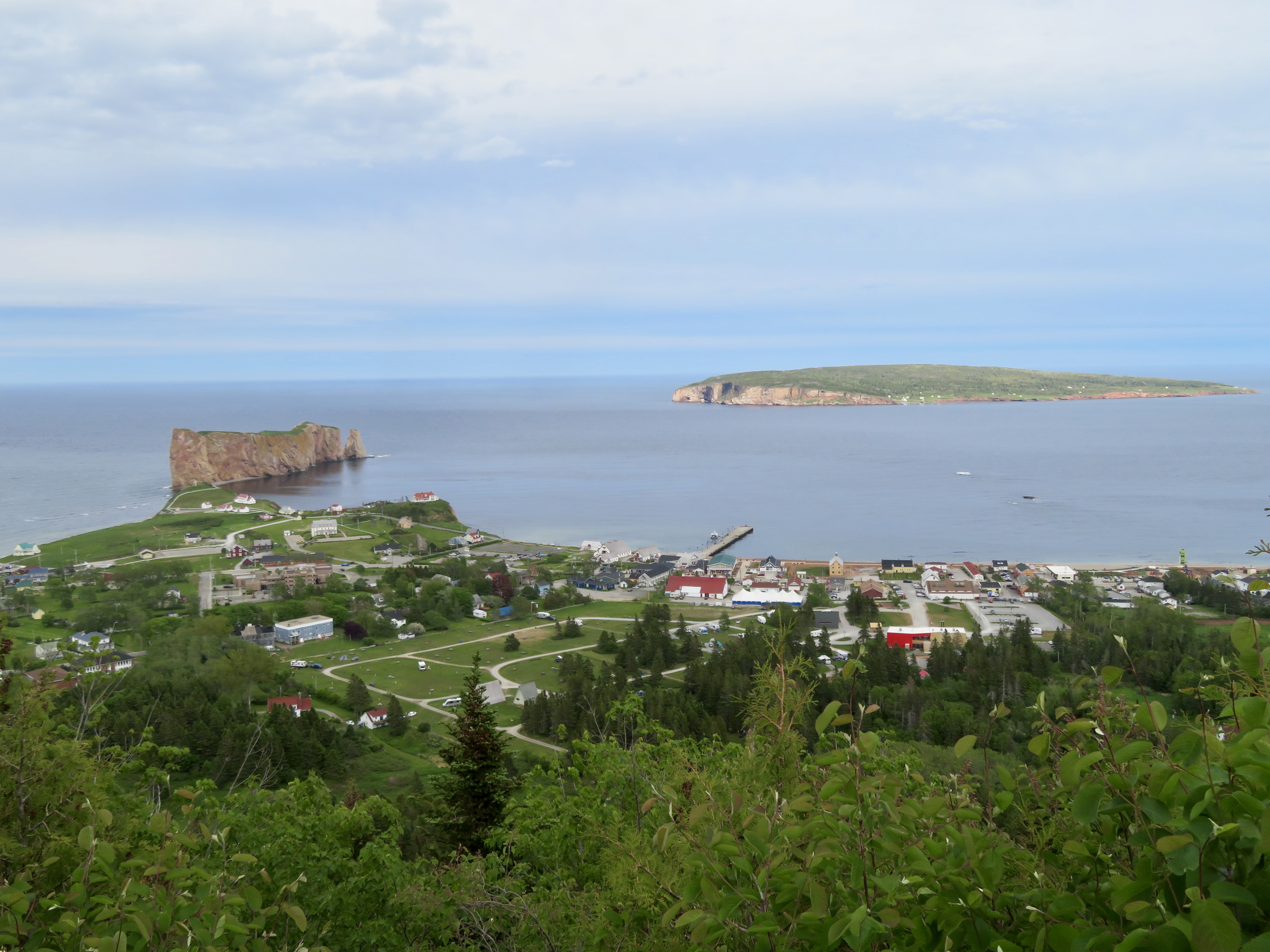 From the Mi’kmaq word gespeg, which means “lands end,” the Gaspésie is beautiful no matter how you approach it. When driving eastward from Montreal through la belle province de Québec, you just might ooh and aah as the rugged shores of the peninsula come into view. If it’s a clear and sunny day and you’ve made your way to the northern shores of New Brunswick, you can take in the mountainous lands of the Gaspésie from across the blue waters of La Baie de Chaleurs.

Camping at Geopark of Percé

Upon arrival at the Gaspésie, we camped at the Geopark of Percé, smack-dab in the middle of the vibrant and charming town that is Percé, and enjoyed all the comforts of our home-away-from-home – our trusty and comfortable Unity IB.

We savoured a cool afternoon over varieties of locally smoked salmon and cheeses, paired with a chilled wine, and toasted la vie est belle – life is good! At the same time, we began hatching plans for the next day, first confirming that the weather gods approved. They did – the forecast called for sunny skies and plenty of warmth, a perfect time to book a cruise to the Parc national de l’Île-Bonaventure-et-du-Rocher-Percé. Quel plaisir – what fun! 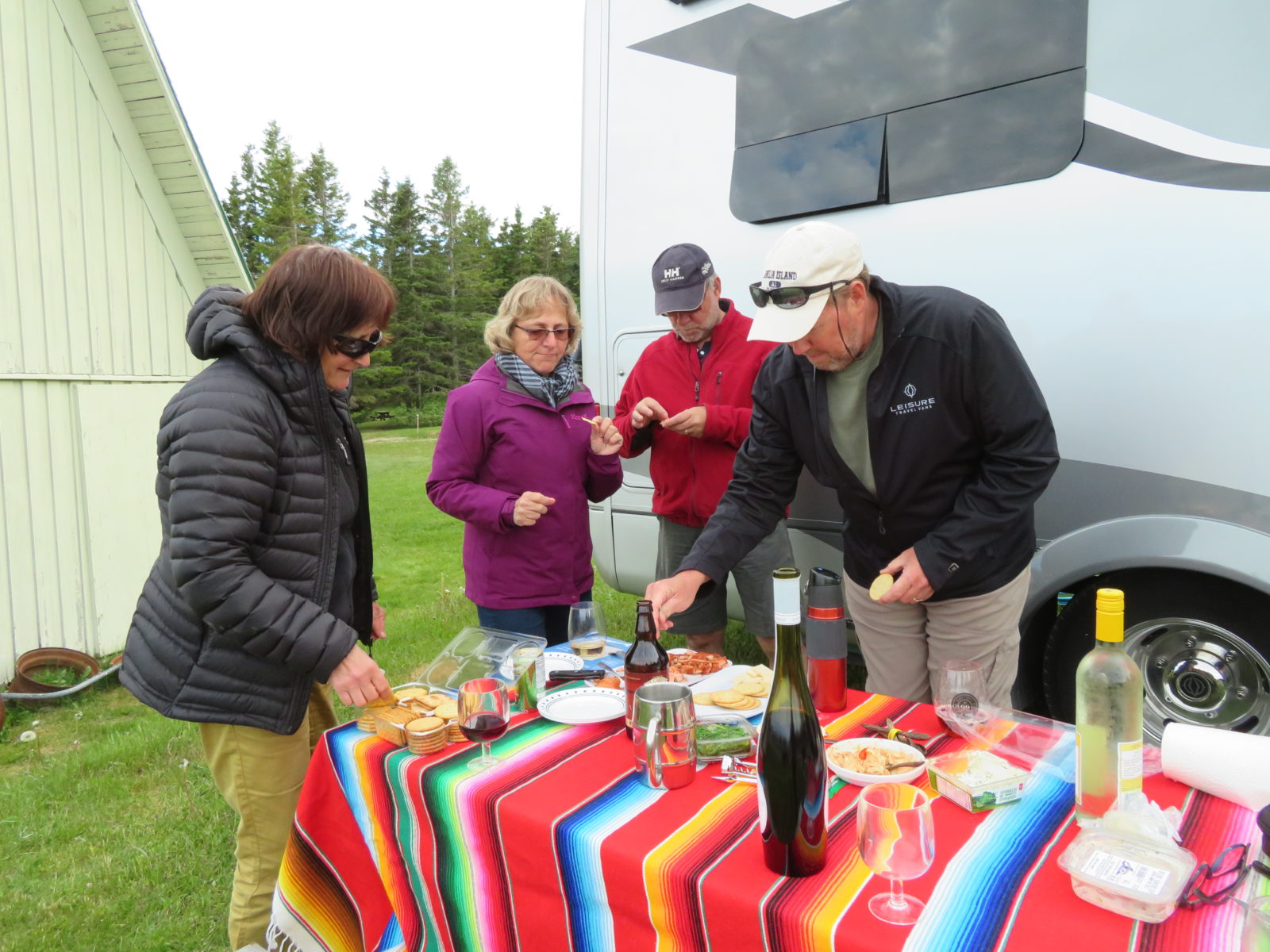 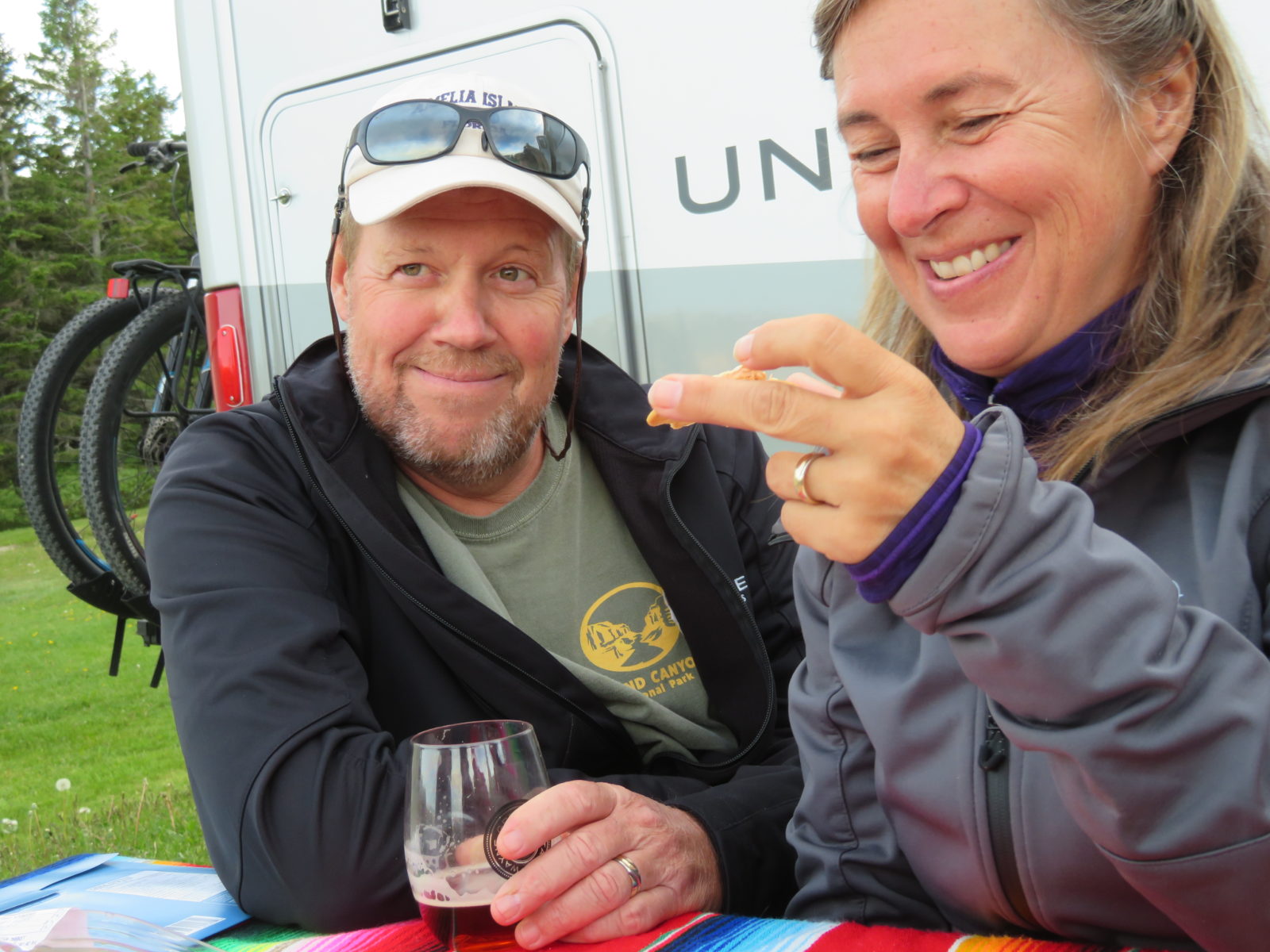 The Cruise to Bonaventure Island

It being June, and not quite the height of the tourist season, we found we were the only people at the Julien Cloutier Cruises ticket booth, conveniently located in the parking lot near our campground. It was only 8:30 a.m., but we wanted a bright and early start in order to get the most out of the day. Julien Cloutier offers several different cruises to choose from, including everything from speedy zodiac tours to whale watching. Our tickets to tour Bonaventure Island were about $40 per person, round trip. We had comfortable walking shoes, backpacks stuffed to the gills with extra layers of clothing, water, a picnic lunch and some snacks, and fully-charged cameras. Allons-y – let’s go! Standing on the boardwalk facing the water, we were already impressed at the sheer immenseness of the famous Percé Rock on our left. We inhaled the summery, salty air that radiated around us until it was time to stop gazing at the gorgeous views and board the boat!

Plenty of seating was available inside and out; however, we stayed out on deck watching the Percé Rock grow bigger and bigger as we motored closer and eventually passed around this impressive wall of granite, which is about 1400 feet long and 300 feet wide and is one of the world’s largest arches over water. 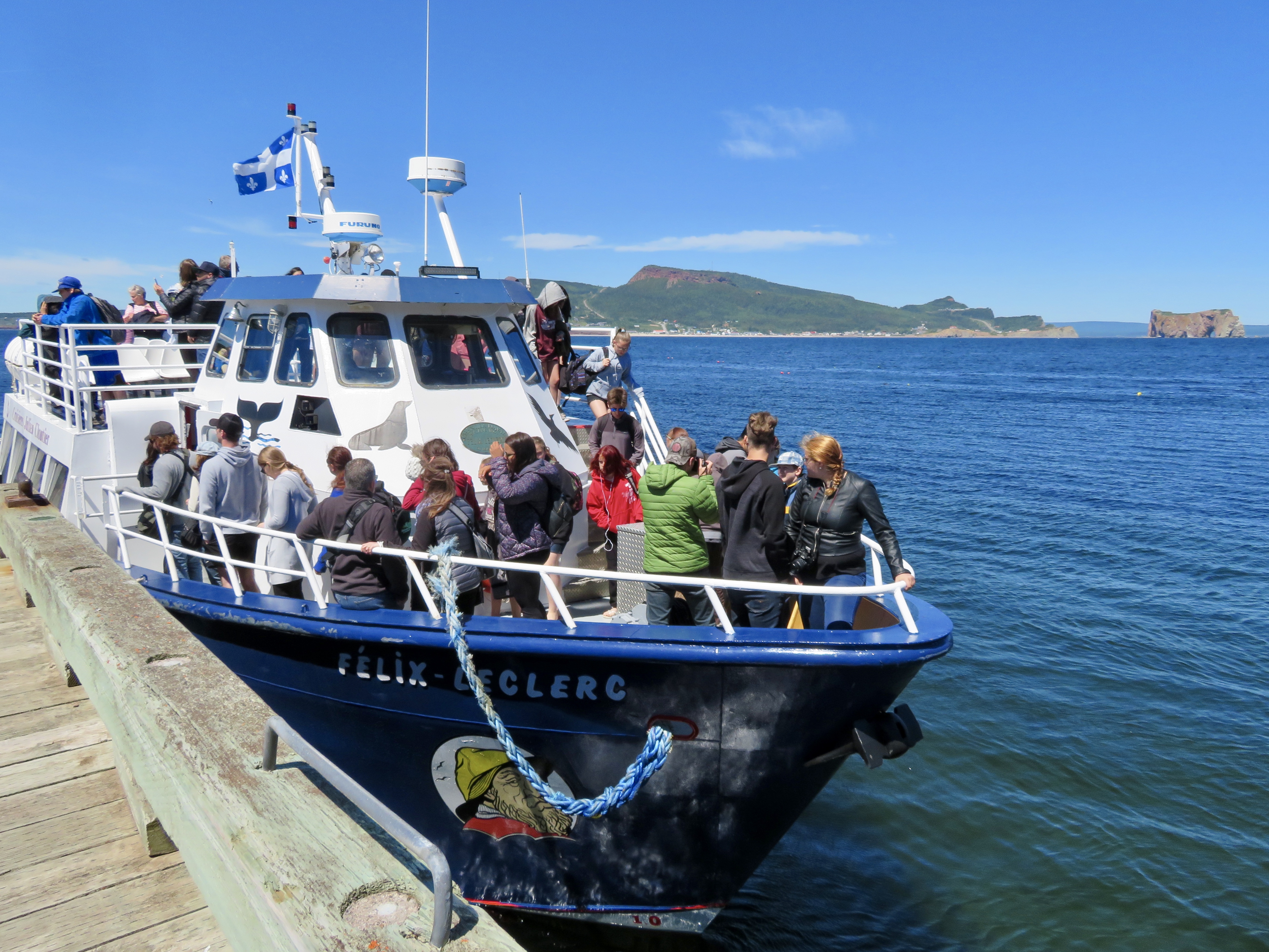 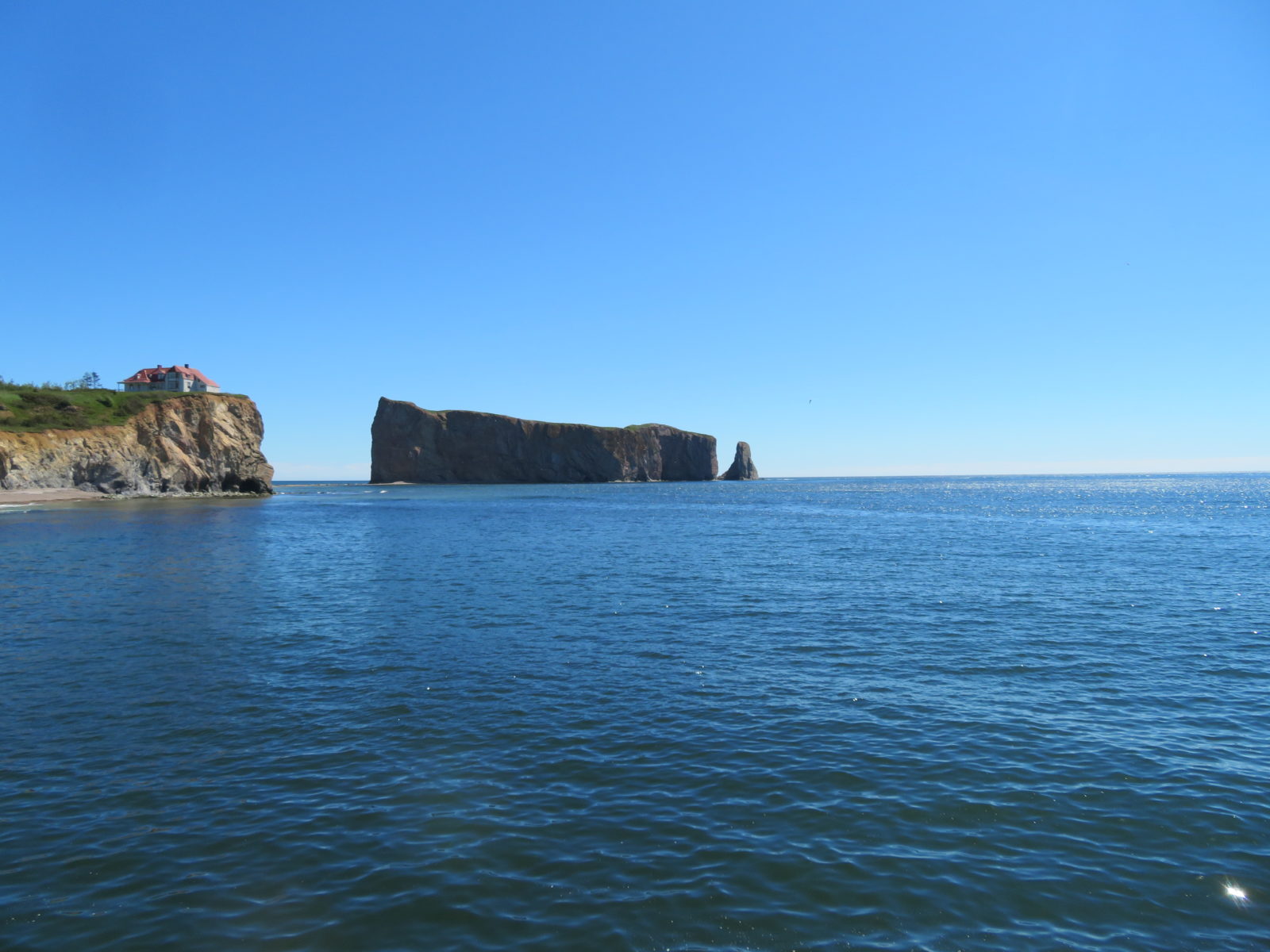 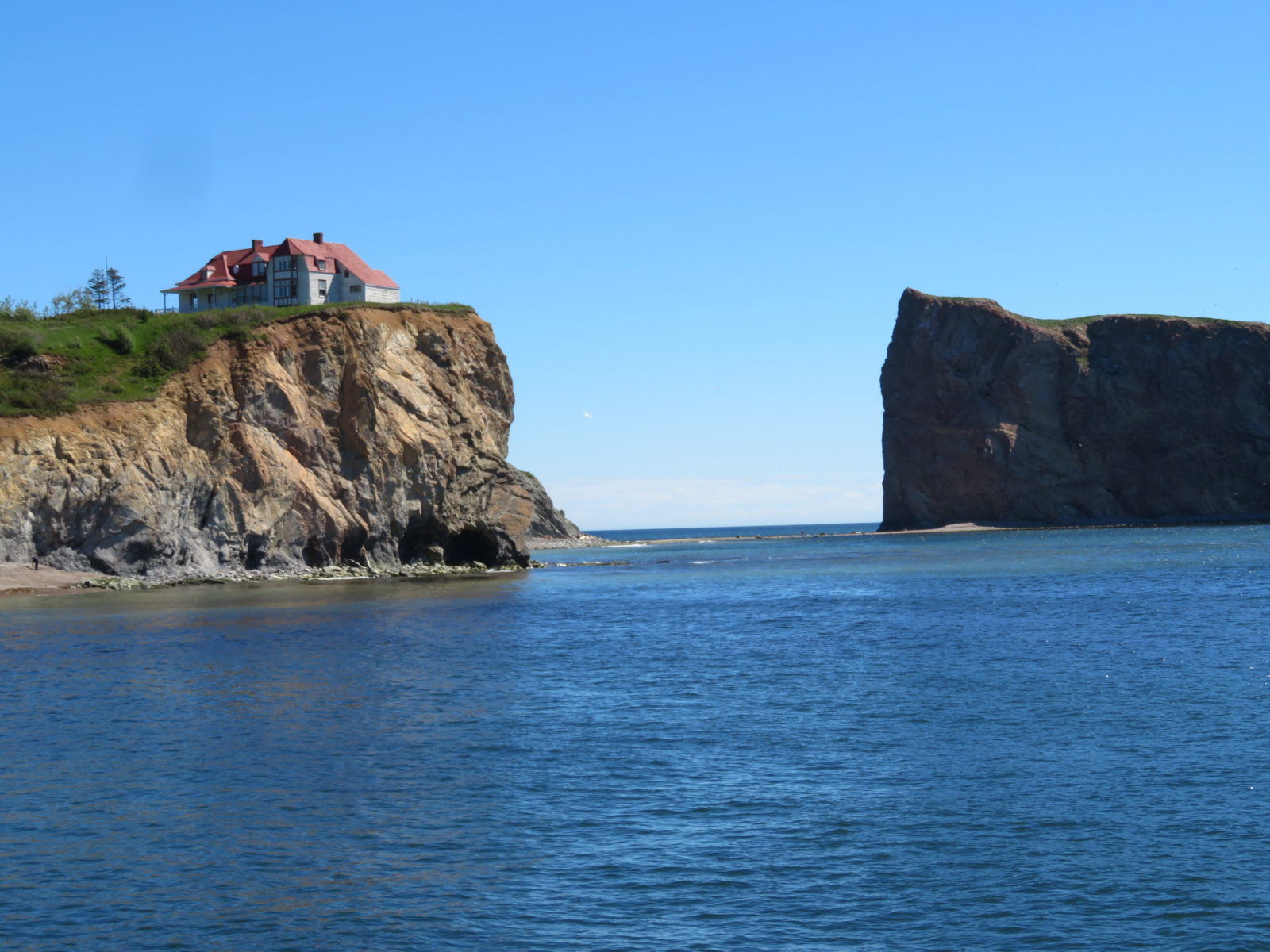 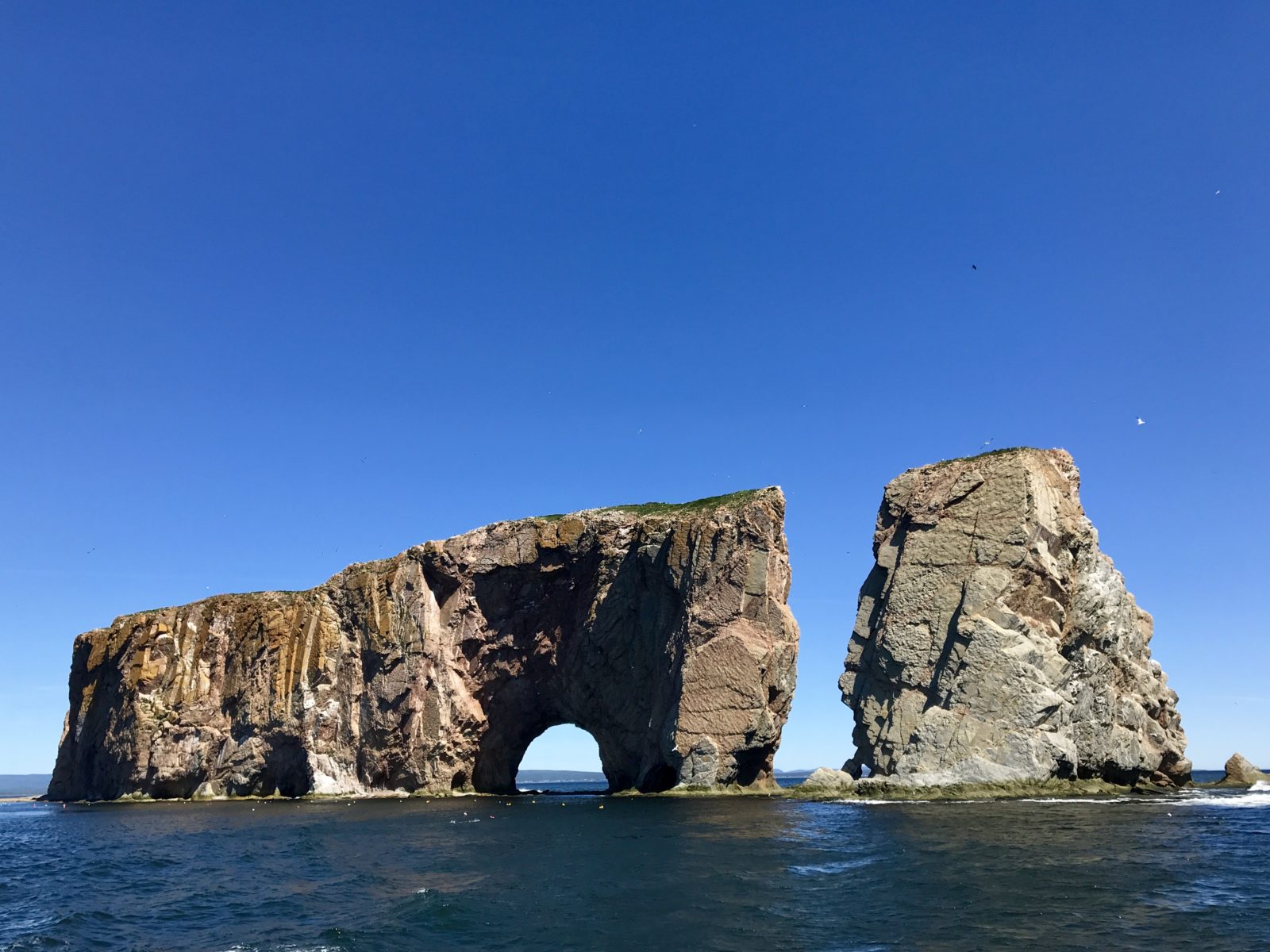 A Park Ranger went over some of the area’s history as the boat turned toward Bonaventure Island. She joked that although the island has always been here, it was “discovered” by Jacques Cartier in 1534. Cartier’s records indicate that this natural rock formation was actually joined to the mainland at the time, and even hint at 3 arches standing back then.

As we sailed, we were fortunate to see seals swimming around and basking in the sun on a rock. Soon, whale spouts and splashes were spotted just out from the boat, where a pod of whales was playing about. These magical moments took our breath away!

The cruise took us the long way around the island, where jagged cliff edges were filled to overflowing with the many birds that call this place home. Snowy white filled the air as the birds dove for schools of fish swimming under the waves – I don’t know how this mayhem of flying birds doesn’t crash into each other as they dive, nor how they survive the impact as they hit the water! 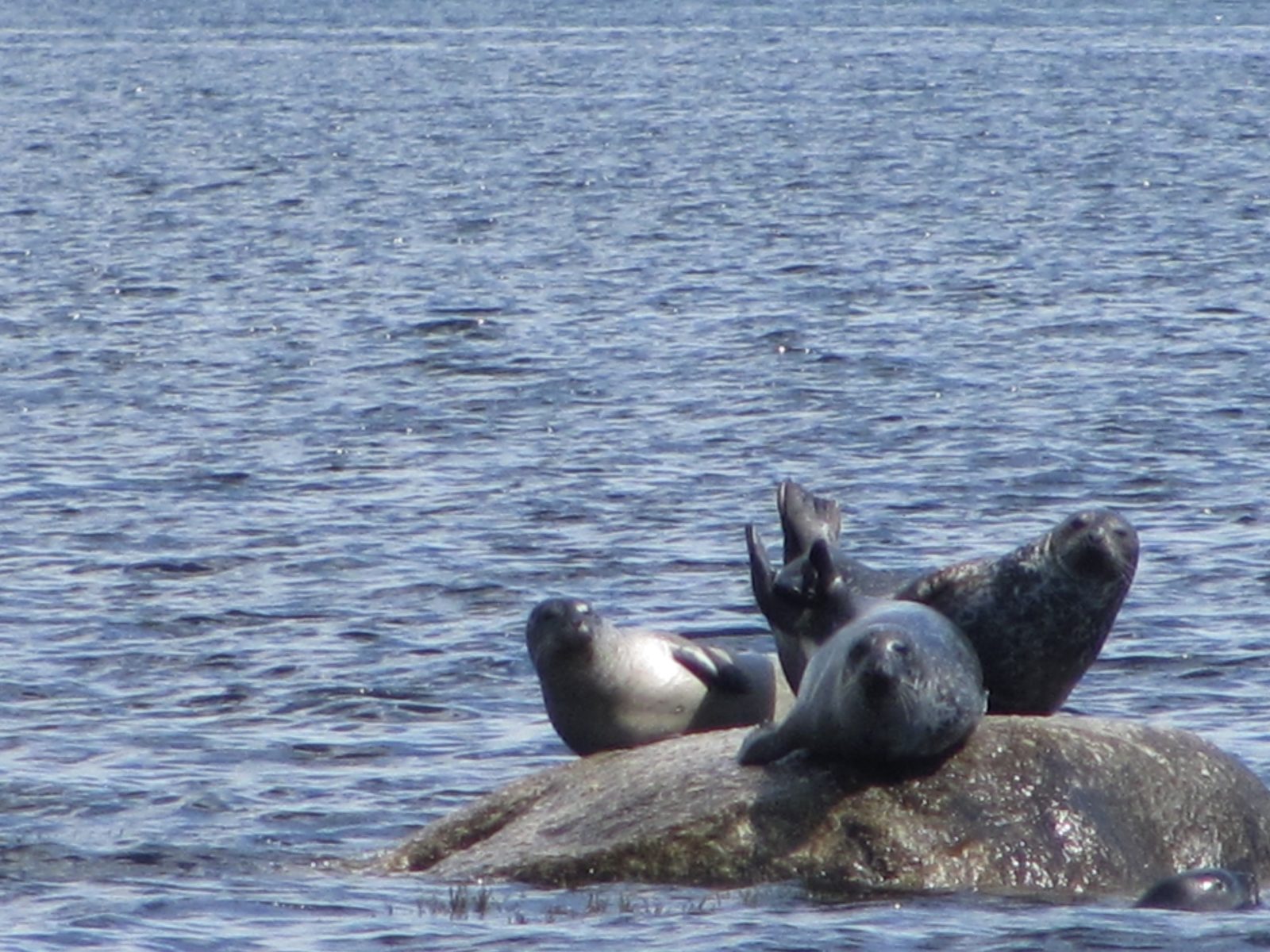 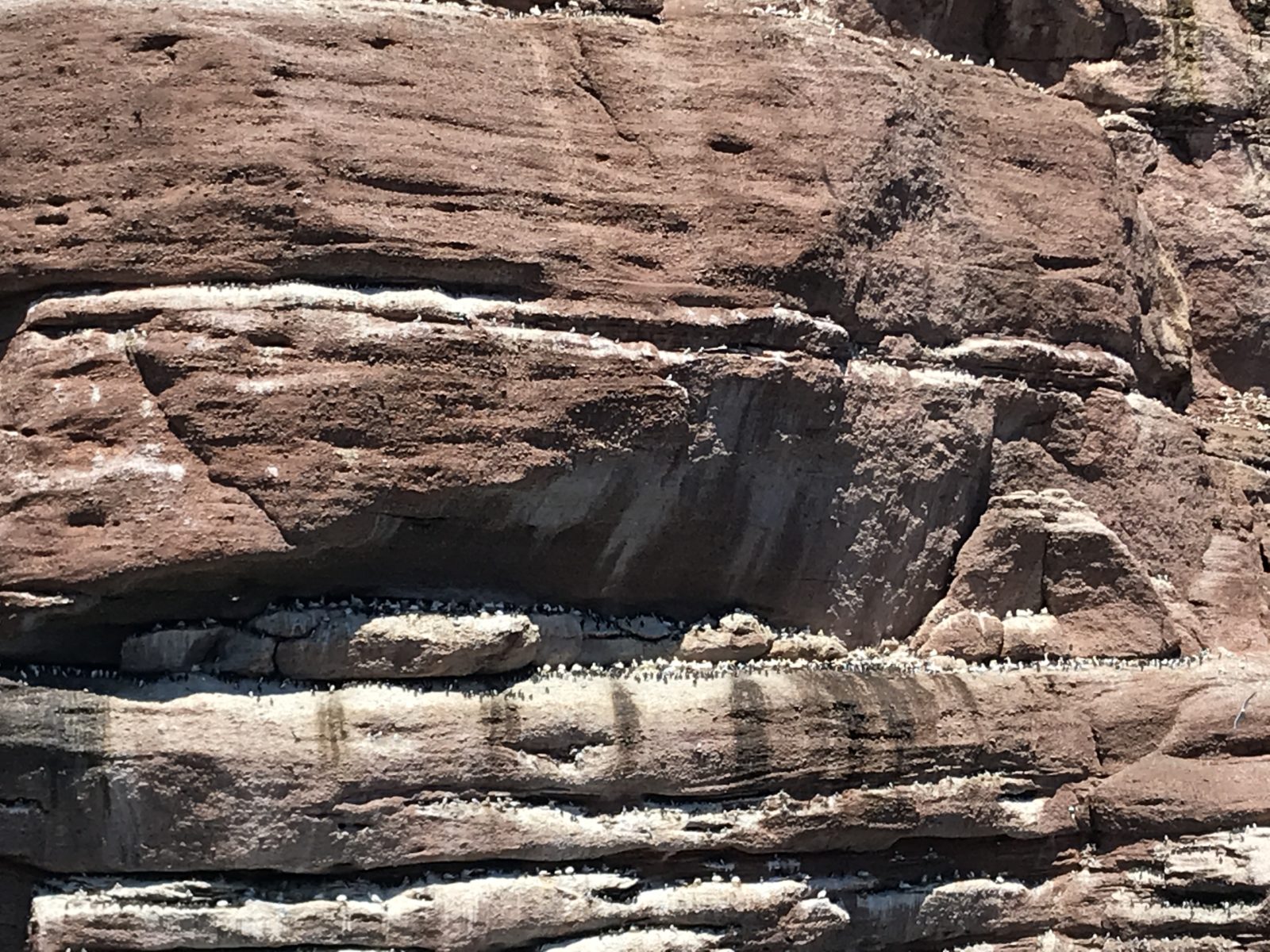 Arriving at the dock, we were directed to the main building only to find ourselves in another line to pay the national park entrance fee. However, this didn’t take long and we soon found ourselves grouped in another circle as the Warden passed along some additional bits information, including the importance of noting the boat departure times so that you don’t get left alone on the island overnight! Quel horreur – perish the thought!

There are several different trail options to choose from in the Park: Les Colonies (shortest and easiest), Les Mousses (longer and hillier but complete with paths to the beaches and spectacular views of the rugged cliffs), and Chemin-du-Roy (where you can see the old homesteads of the people who once lived on the island). 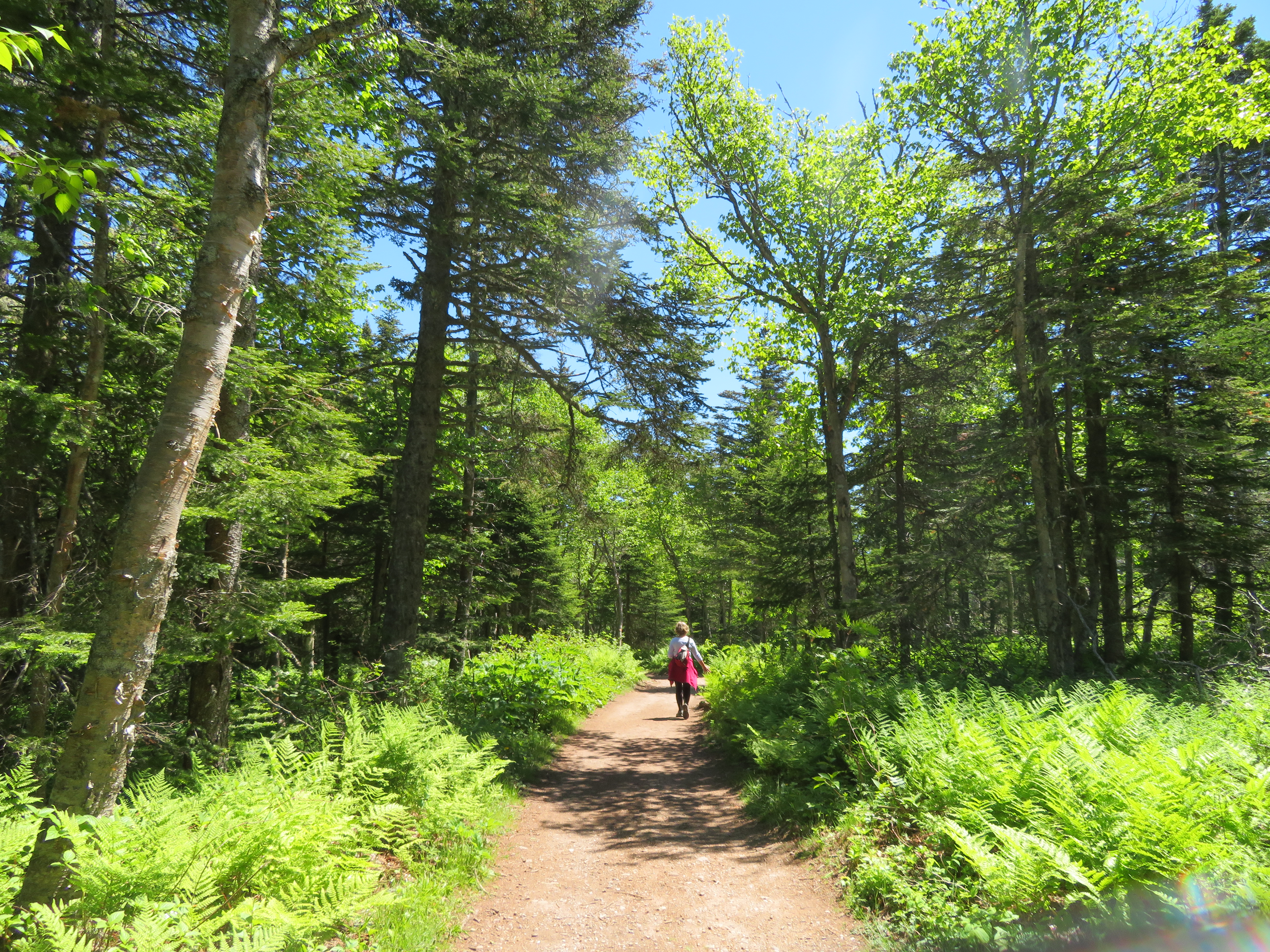 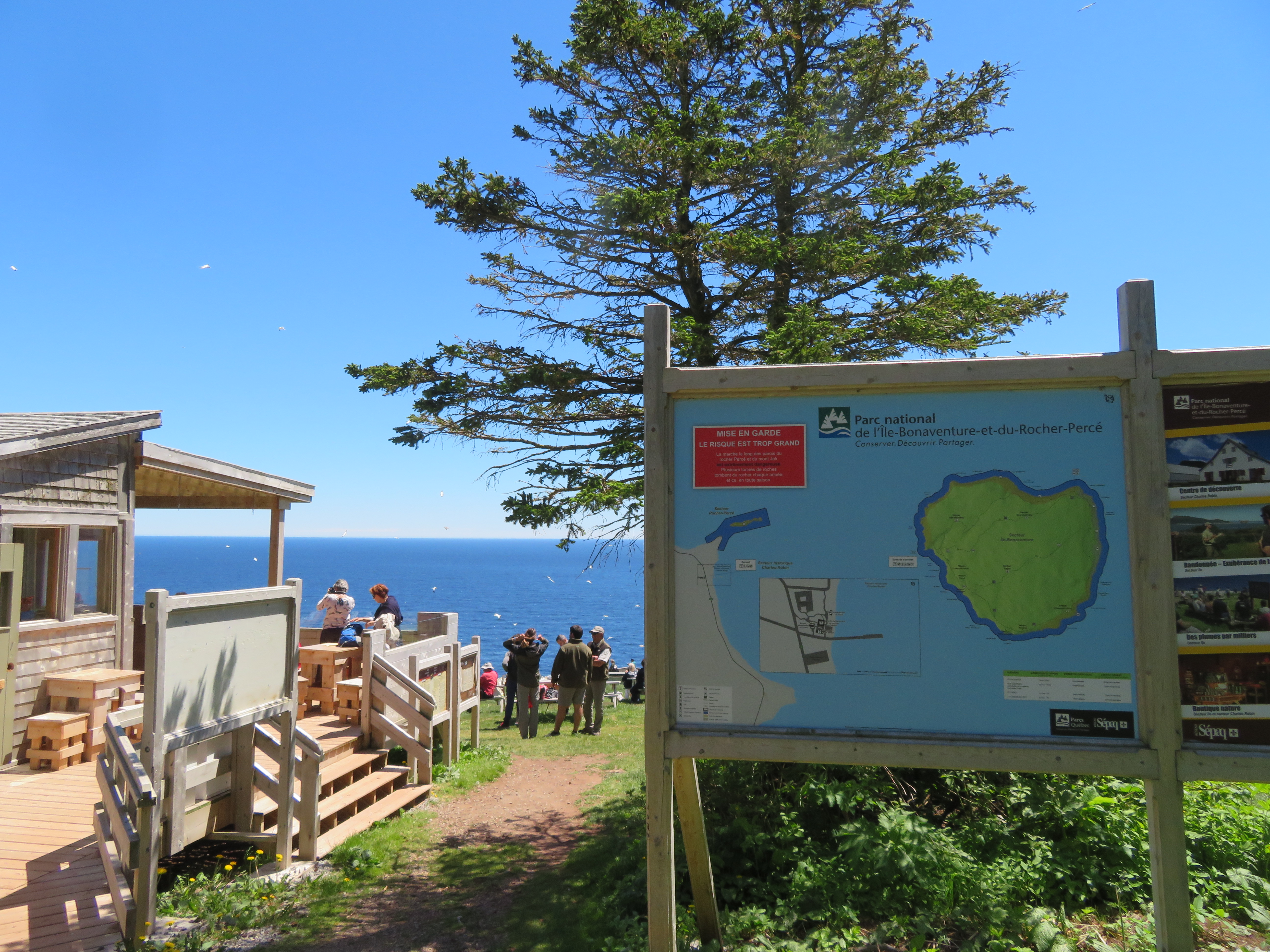 No matter which trail you choose, your senses will kick into high gear as you approach the opposite end of the island. You will start to smell something a little funky. It’s acrid and perhaps downright stinky, and getting stronger with each advancing footstep. Next you will hear it – an incessant squealing and squawking that is getting louder as you make your way forward. You start to wonder just what lays ahead, and when you step into the clearing, the sight, smells, and sounds are quite unlike anything you’ve ever seen before.

After lunch, we took the long coastal hike back to the dock, enjoying some time on the beaches along the way and imagining what life might have been like for the inhabitants of buildings that today lie empty. 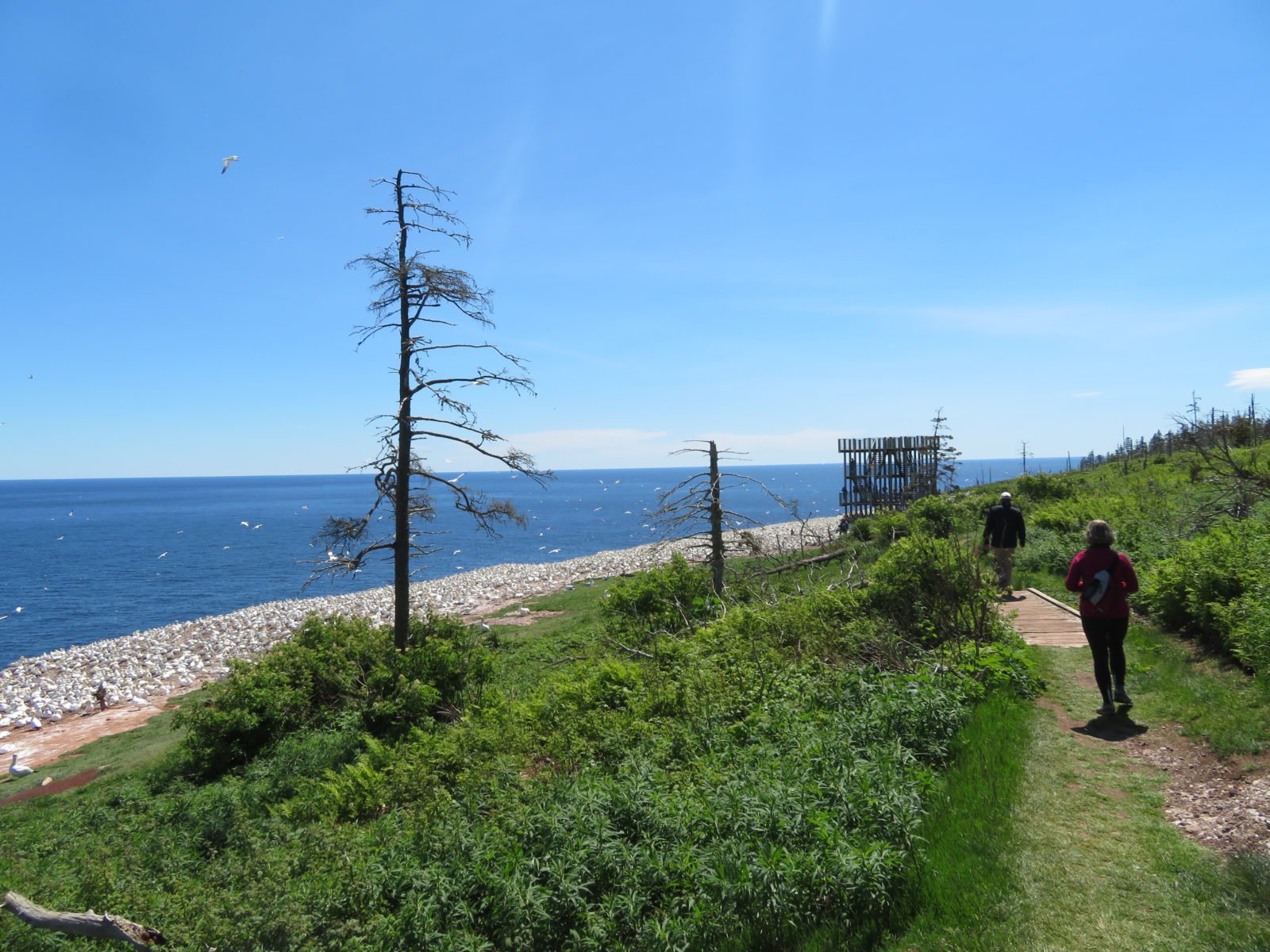 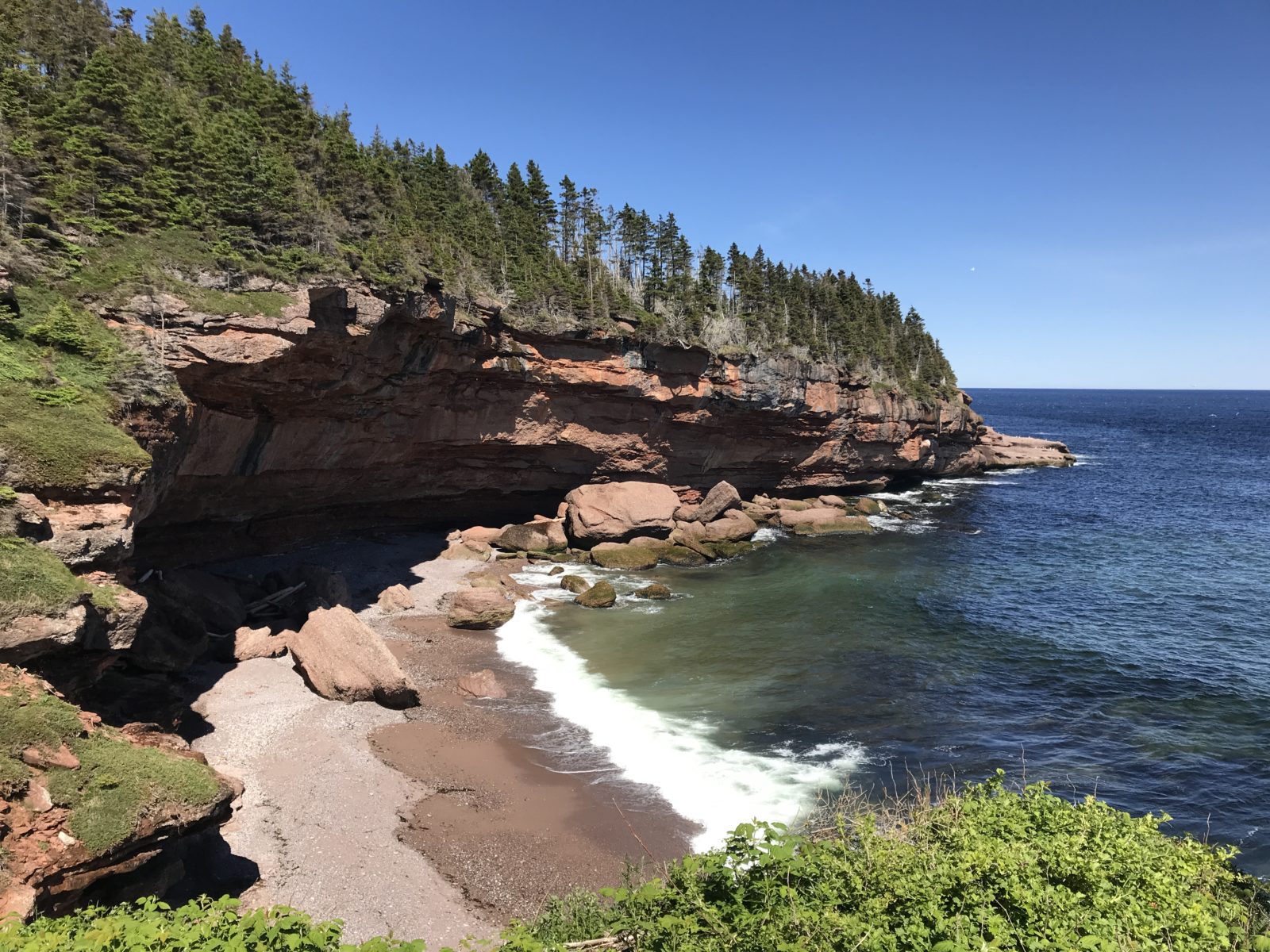 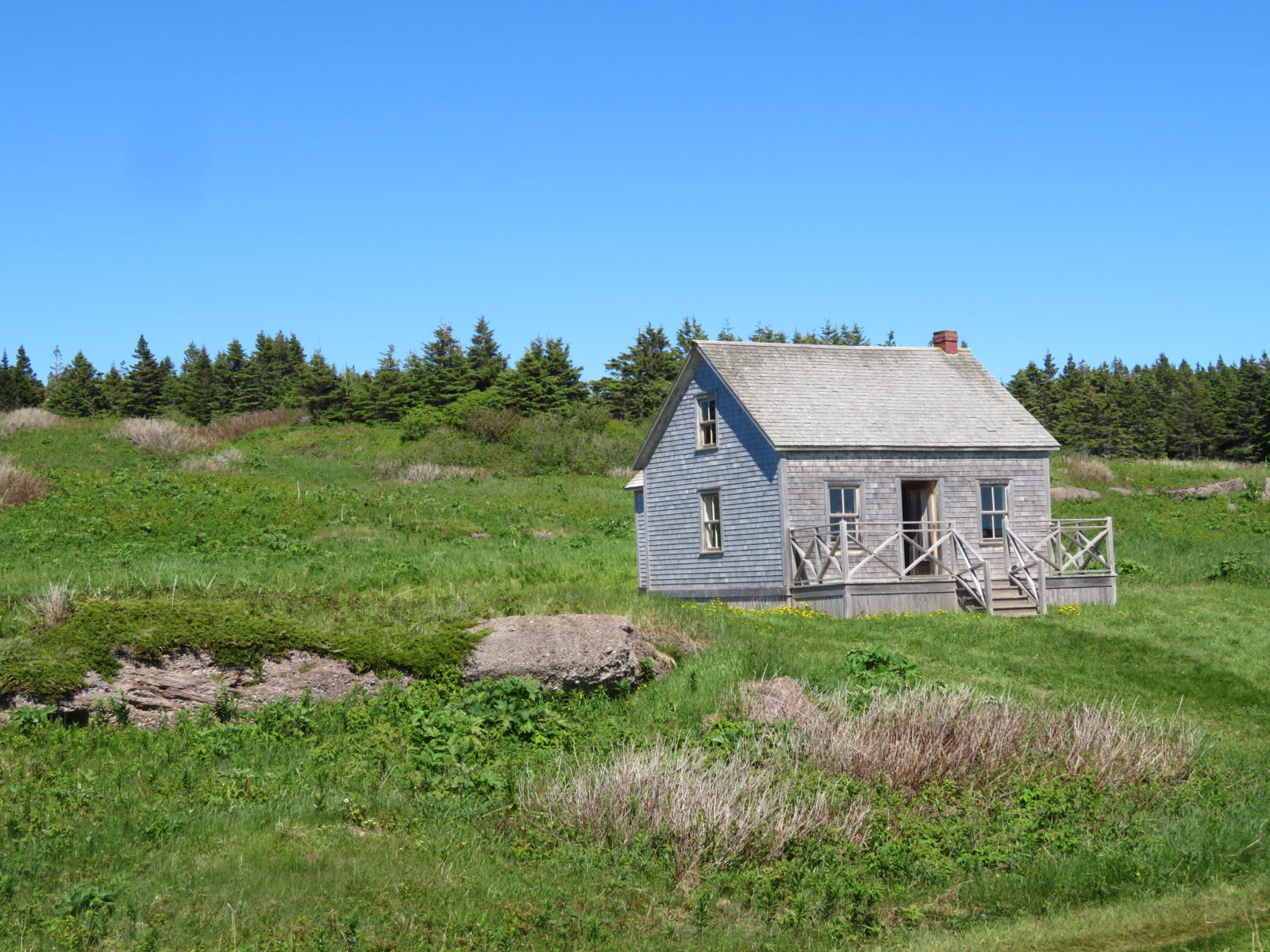 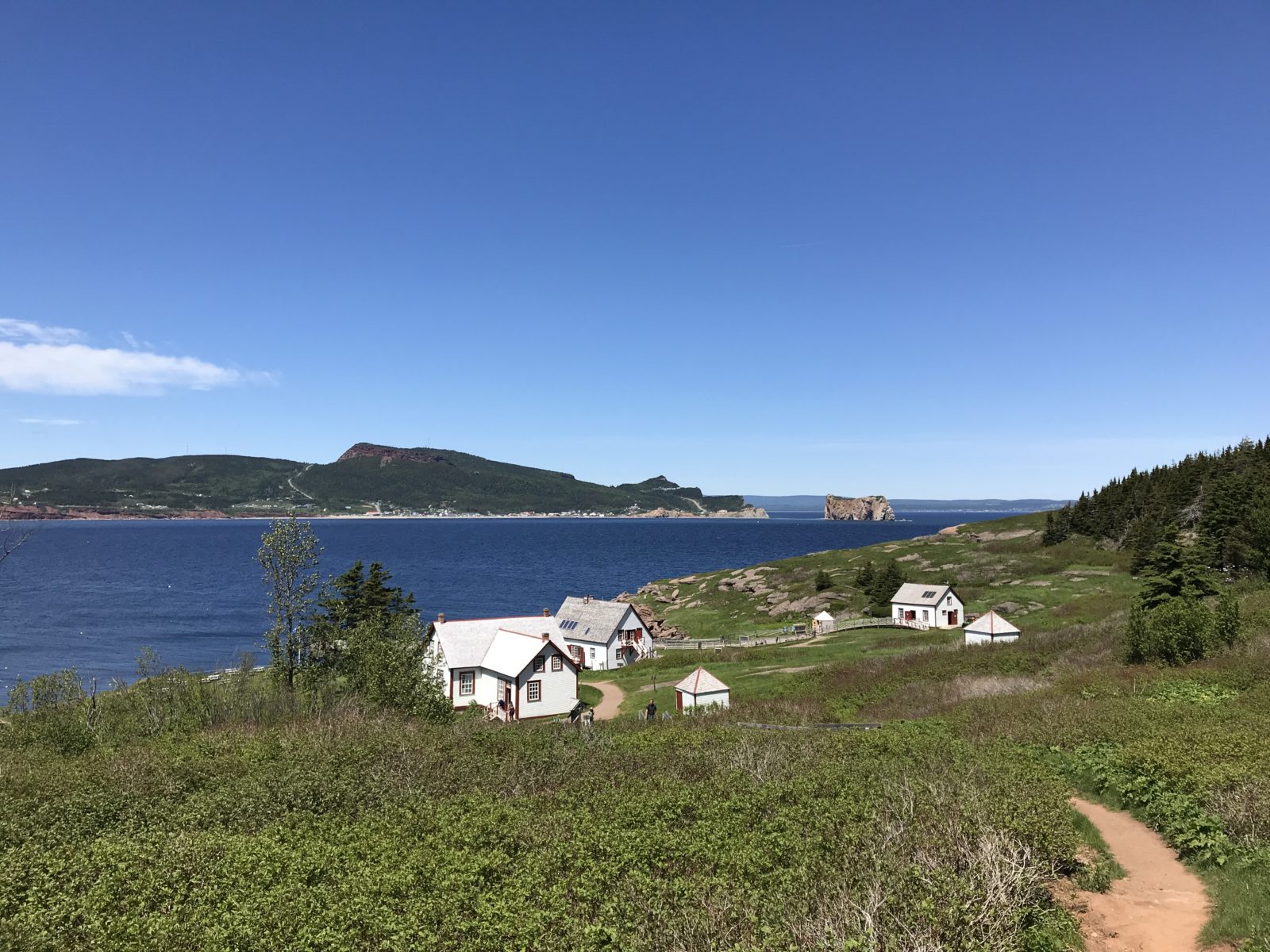 We eventually arrived back at the dock just in time to catch the departing boat. This time, it was a quick and direct sail back to the dock on the Percé side. 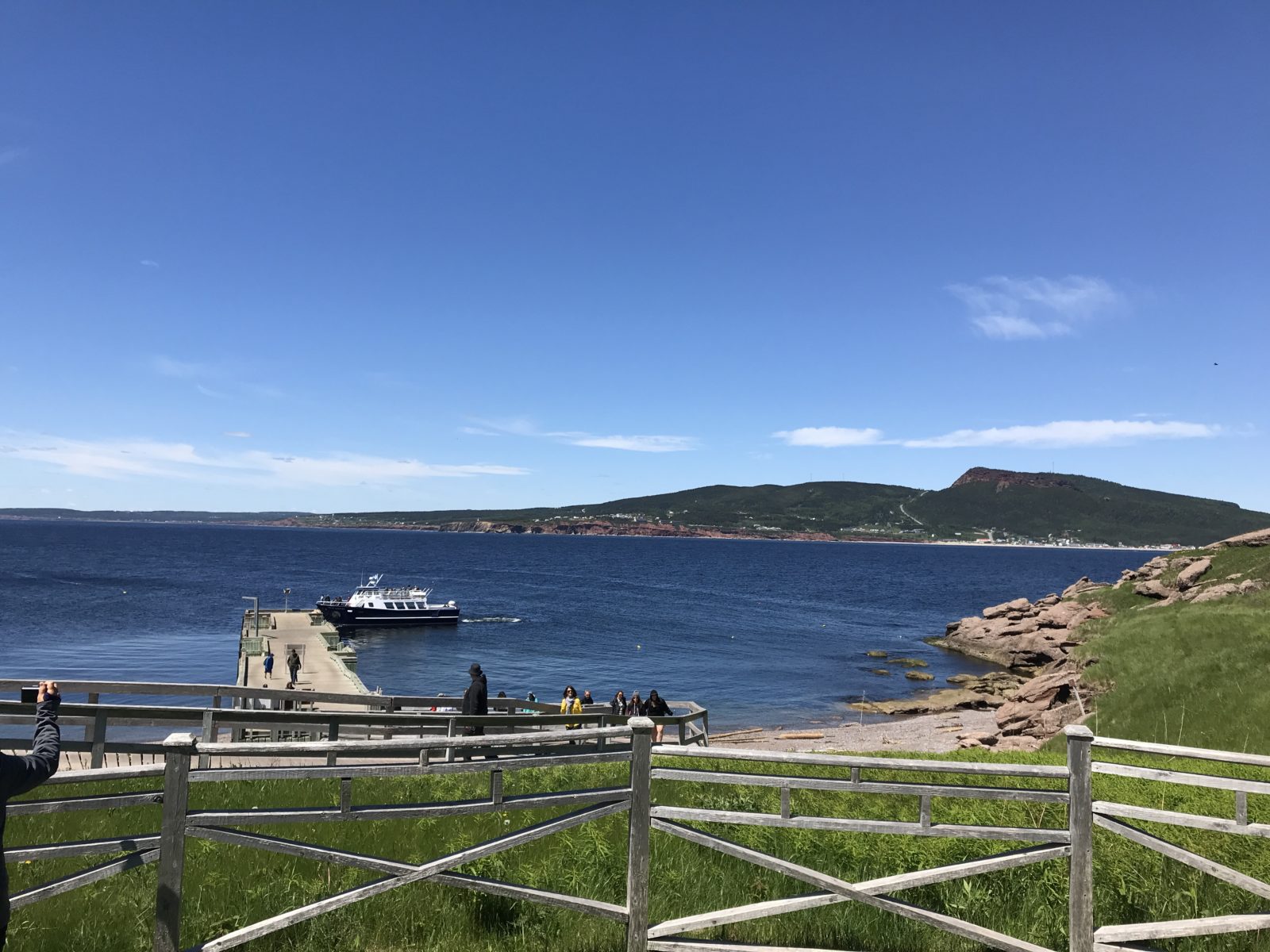 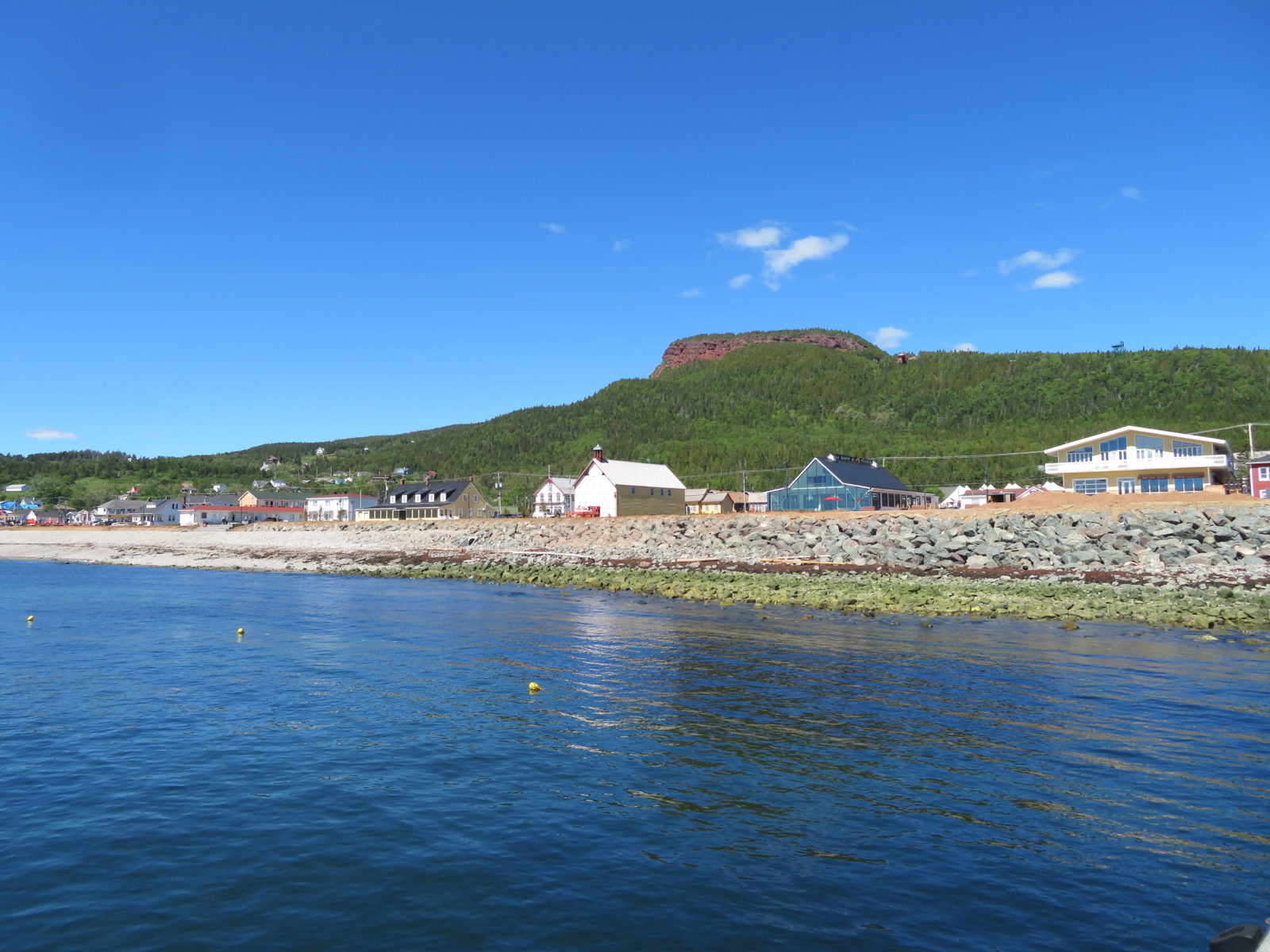 A few days later, we were exploring other majestic heights in the beautiful Gaspé and found ourselves looking down at Le Rocher Percé and l’Île Bonaventure, smiling as we remembered our most recent très bonne aventure. 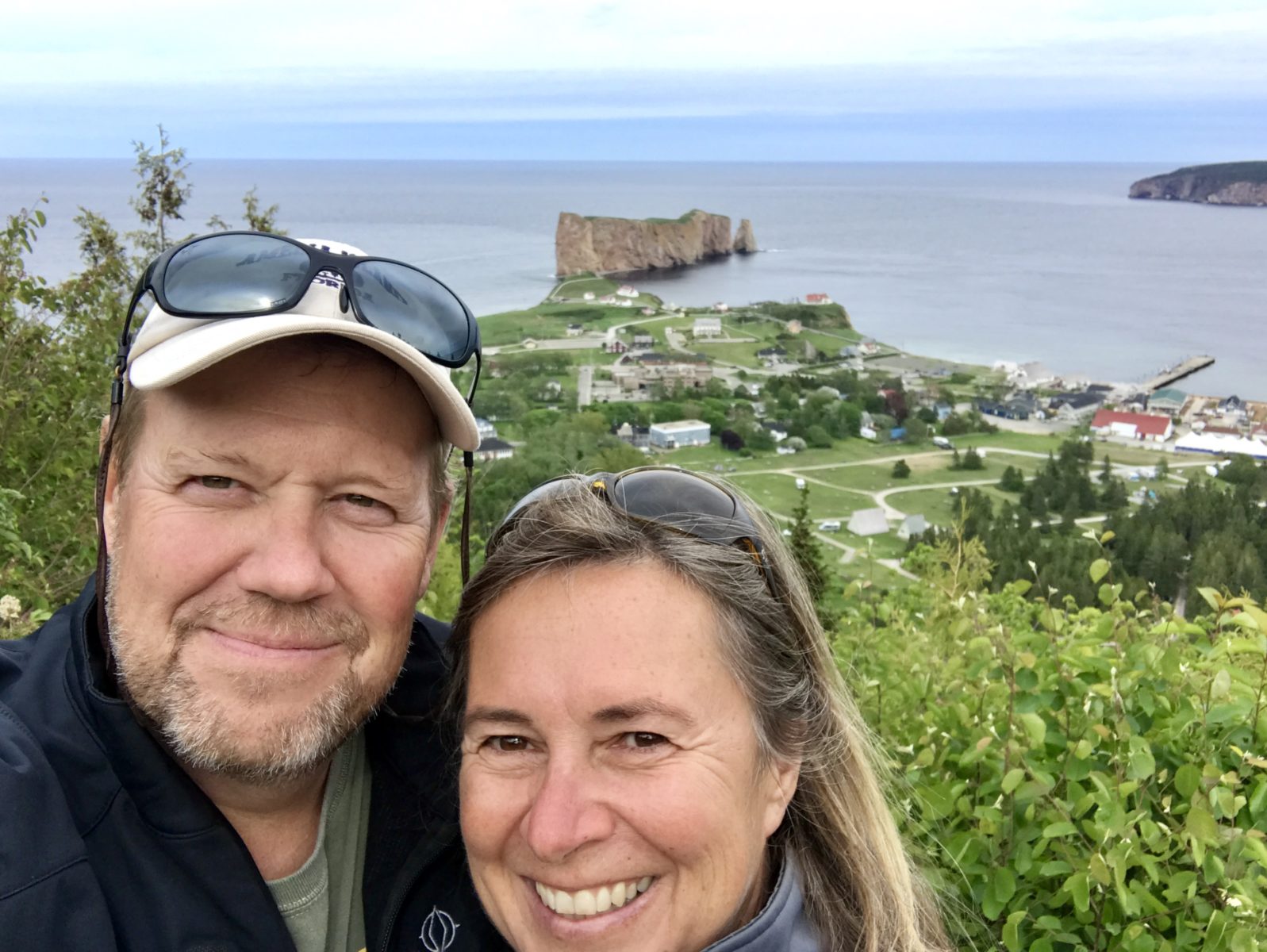