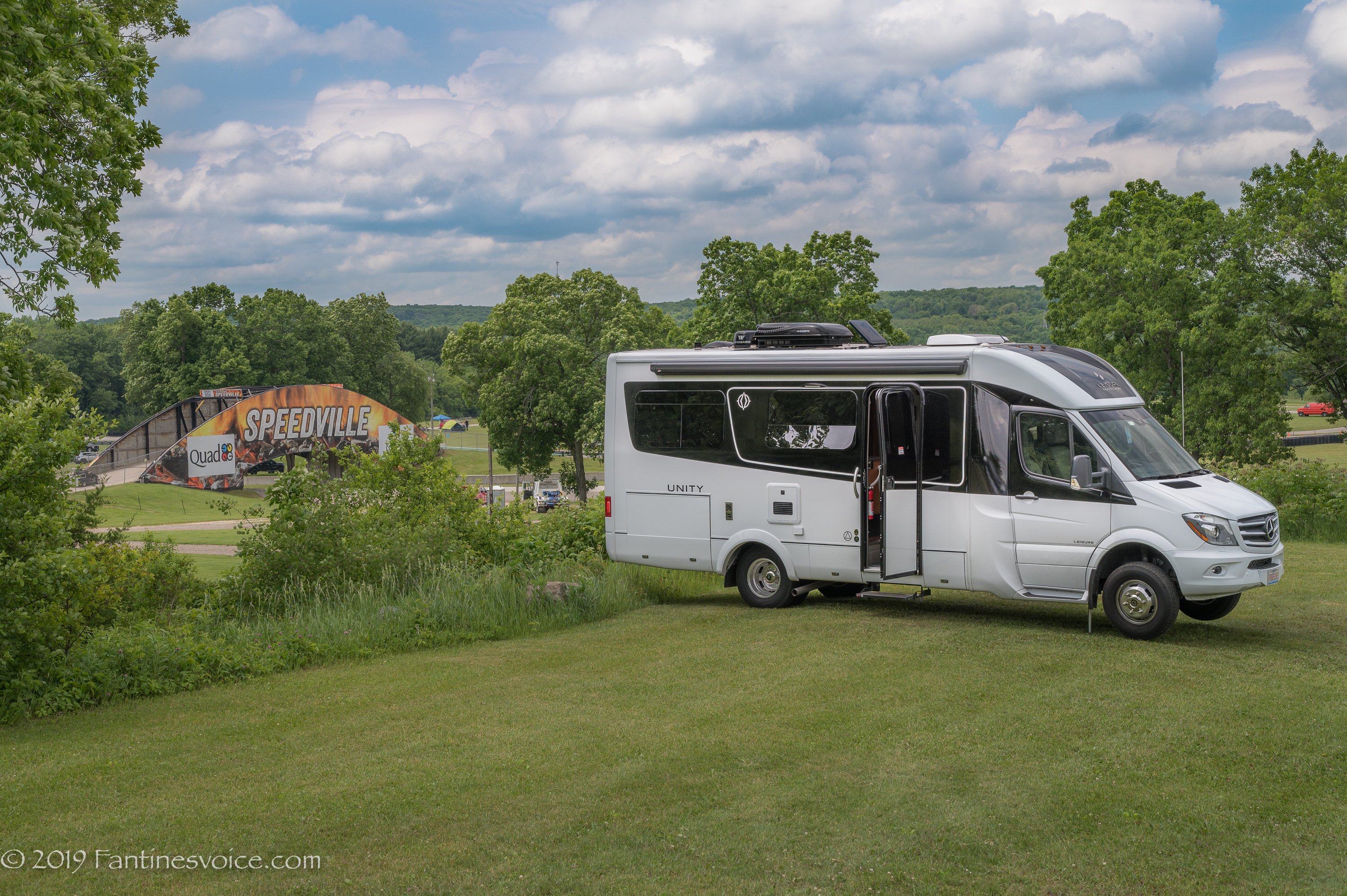 Well actually, my Unity now has 11,000 miles, but it remains the best recreational vehicle I have owned. This is my report on my total experience with my Unity, and a few of the add-ons I have made in the 10 months of ownership.

After only a year of waiting, I took delivery in Sioux Falls, South Dakota from Schaap’s RV Traveland, a dealer I can highly recommend. My previous RVs included three Airstreams pulled for approximately 70,000 miles by a Dodge/Cummins 4×4, and a venture into the 8-mpg crowd with a 2010 Tiffin Allegro Bus in which I traveled 51,000 miles before going smaller. Thus, I have had my “experience” with RVs.

What do I love about my Unity … First, it can be driven around like a car – or at least a small truck. Fuel mileage is generally 14 – 18 mpg, wind dependant. I also love the quality, which is way beyond that which I have seen in most recreational vehicles, and in my opinion as good as that other Canadian company that makes the big buses, and is almost always mispronounced. For me and my need for a work station for my iMac, the Corner Bed is ideal.

What do I not like about my Unity? The seat in the cockpit needs improving, which has been accomplished in the new Sprinter chassis. Anything else I have changed myself, or as will be shown here, simply added into the vehicle. Problems so far have been limited to a small water seepage in the bedroom window (easily corrected with the galley faucet being replaced under warranty), a hub cap that fell off (replaced by Triple E), and the Sprinter front-end alignment, a problem known about on almost all Sprinter forums on the web. I just completed the alignment at 11,000 miles and it needed it. I must mention that I have also hit some potholes in my travels which nearly knocked out the fillings in my teeth, so an alignment did not seem unreasonable.

OK – now the list of changes, with some photos.

I added a soundbar for the front TV, and it seems to be worth the effort. But, let’s start with a photo of the compartment to one’s right upon entering – self-explanatory. 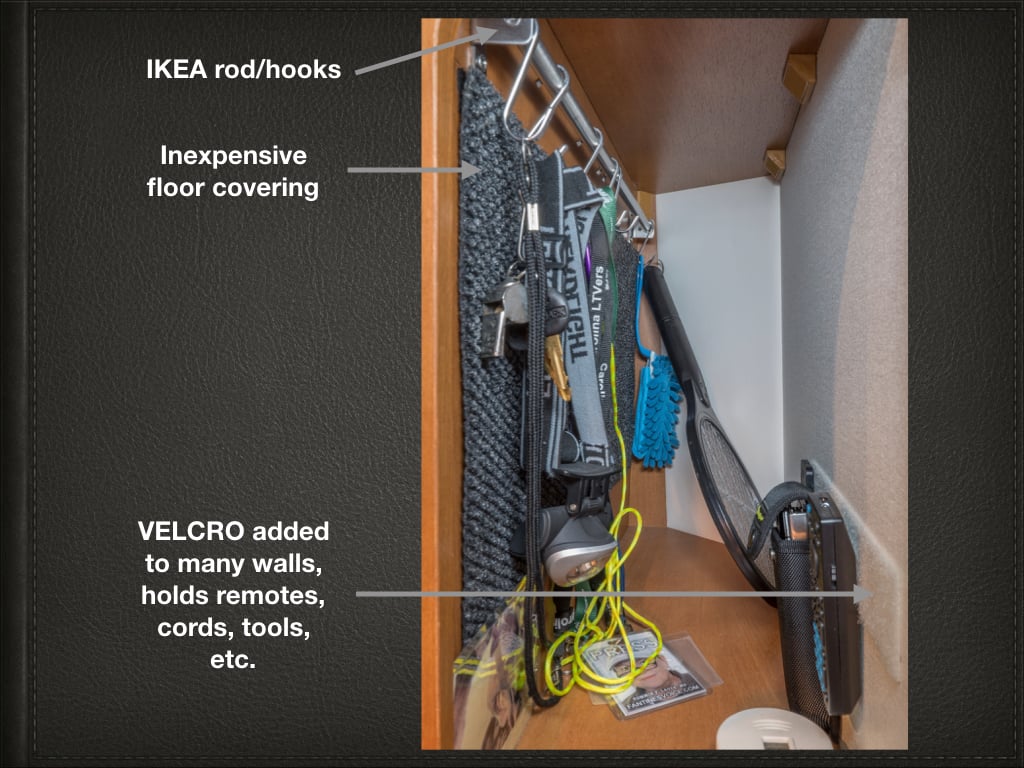 Next, the cockpit. I added an armrest on the door, a new head unit with SiriusXM, two more GPS units for monitoring and route variations, a Valentine One radar detector (mainly to give an alert which helps to maintain concentration while driving), and a front dash camera. Then there is a center console, which holds my large coffee mug, iPhone, iPad, and CB Radio, and can be removed with two wing nuts. 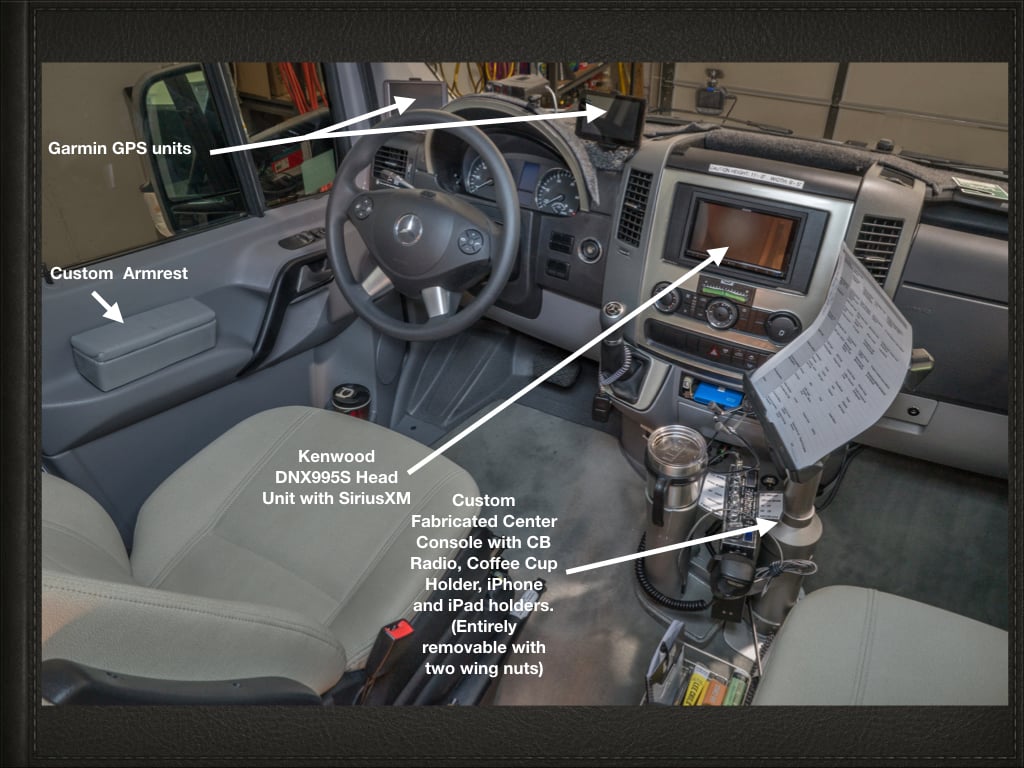 Next, a look at the U-dinette option and what we see is access to the storage under the seat… come-on Triple E, you can do it! Also, as I carry a 27” iMac with me, this mounts to the arm which is actually attached via a bracket to the seat of the U-dinette, rather than hanging it on the wall which I could not bring myself to punch holes into. 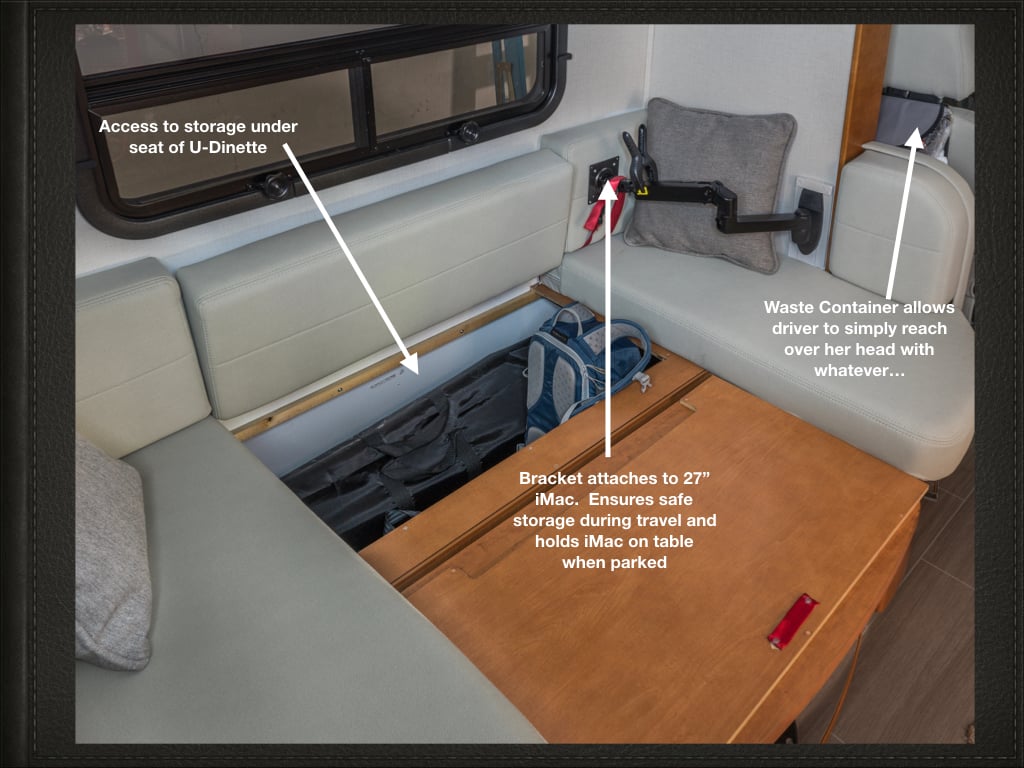 Over the galley, more IKEA rods and hooks along with a fabricated paper towel holder. 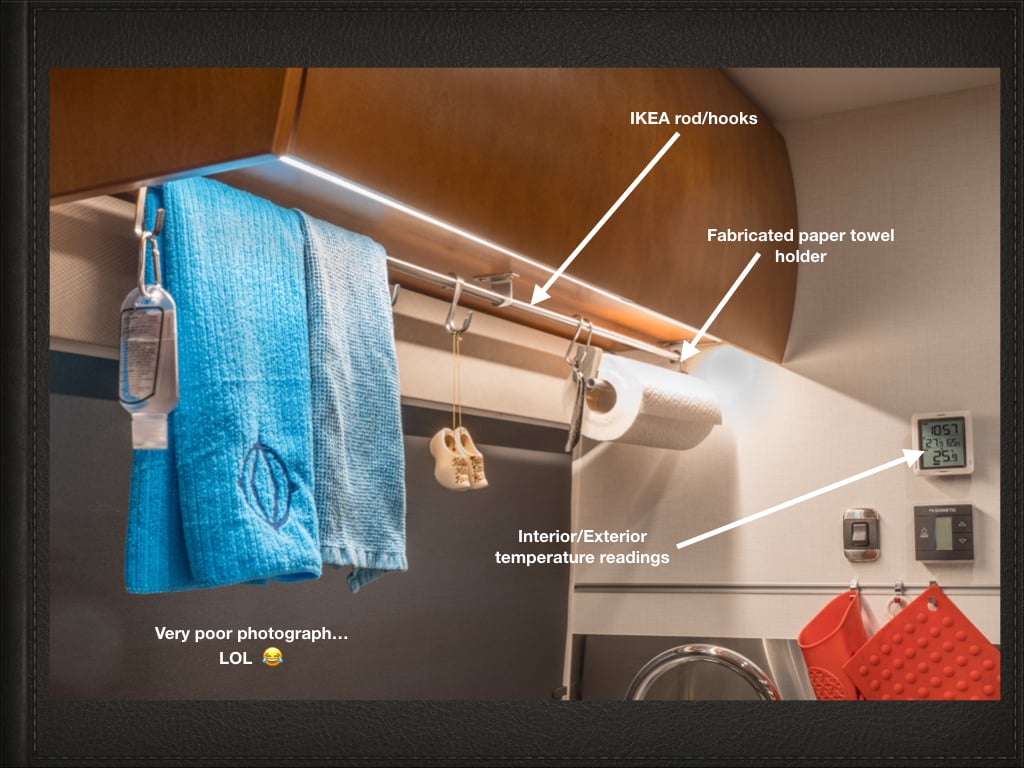 And, finally, a couple of changes in the bathroom cabinet. 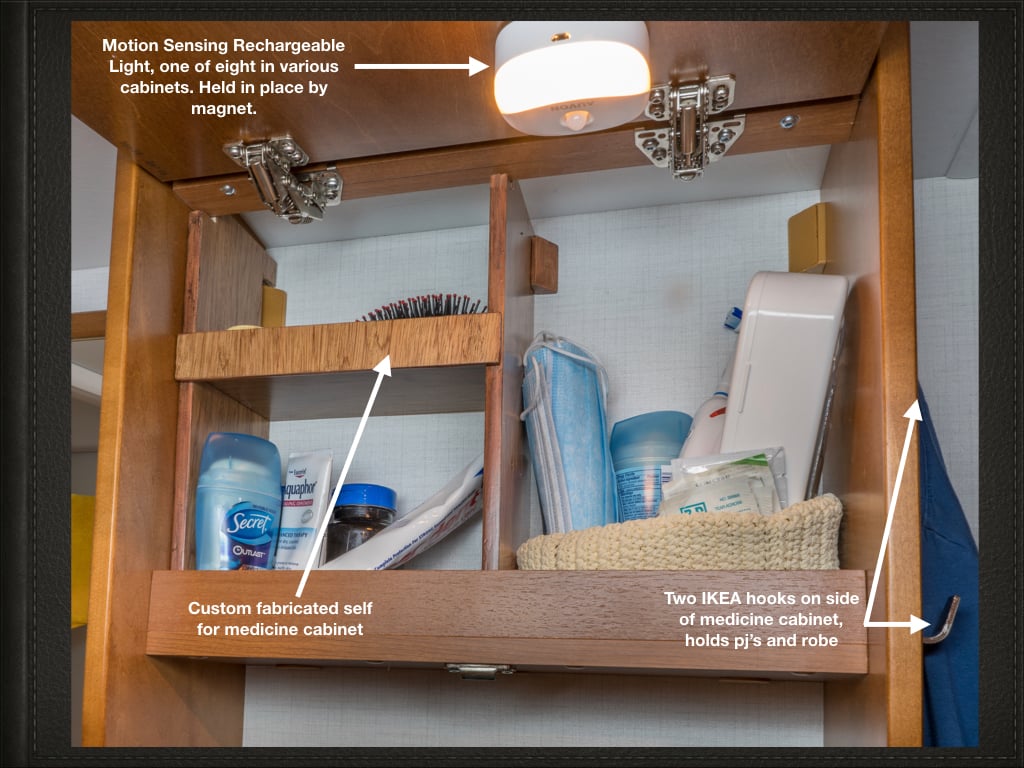 What is next? Maybe I will slow down for awhile and just get back out on the road and enjoy my fabulous RV. My sincere gratitude to the folks up in Winkler who have held on to the philosophy of simply doing things right.