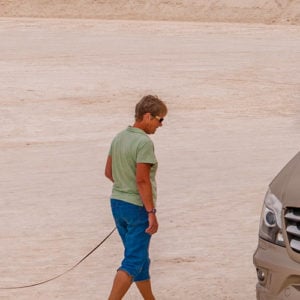 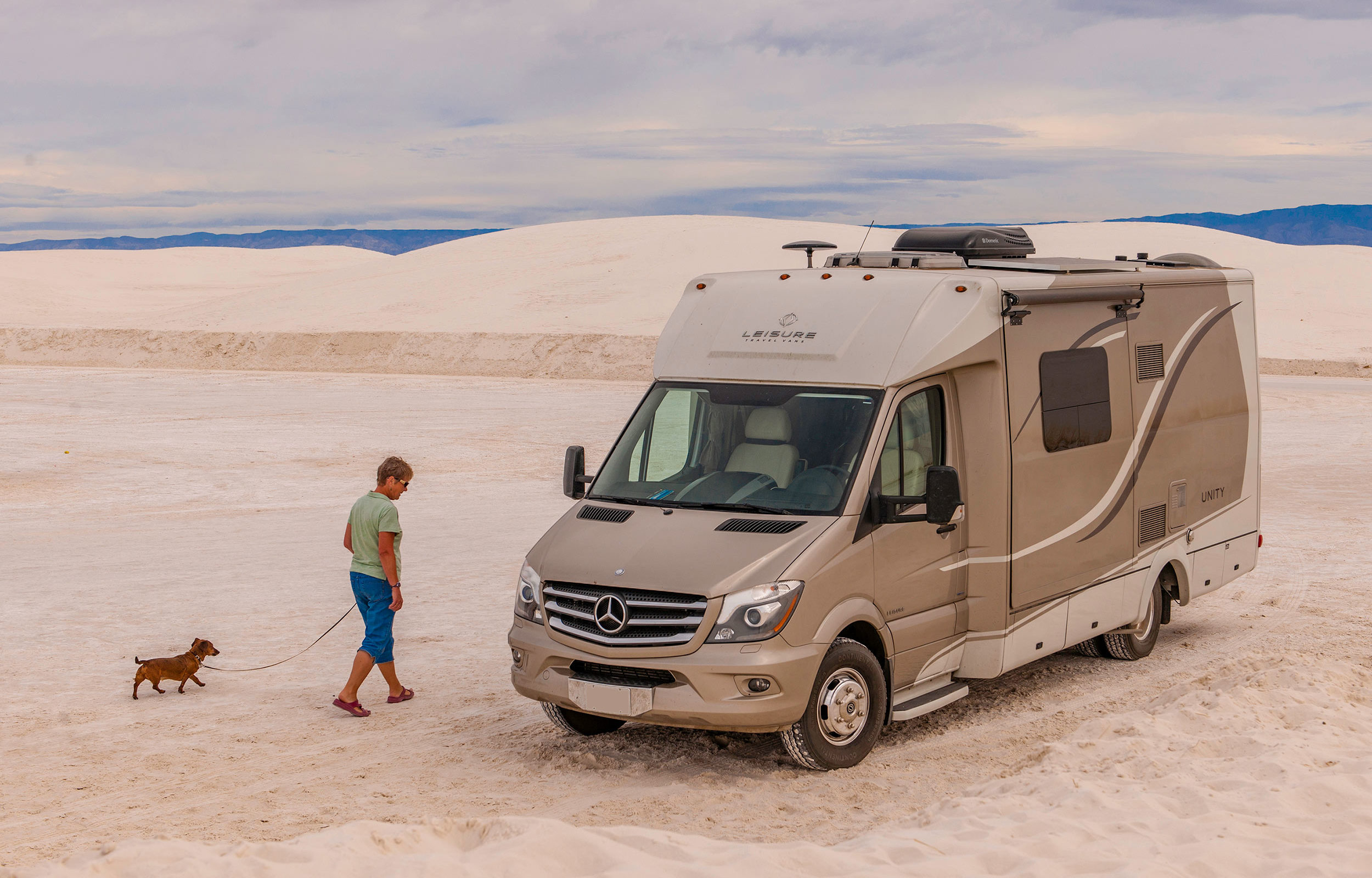 Triple E makes one fine RV. Is it bomb proof? Probably not. But…

In February, 2016, my wife, Joyce, our miniature dachshund, Marley, and I were on our tenth “snowbird” trip from our home in Whitehorse, Yukon, to the warmer climates of California, Arizona, and New Mexico.

We left Canadaʼs frozen north in January and headed into British Columbia, rolling down the Alaska Highway in our 2015 Unity. Just south of Prince George, BC, we ran into snow on the road. Highway crews had already sanded and everything looked great… It wasnʼt. Instead of sand, they had spread gravel, and the first large truck we met sent a spider-web of cracks over the right side of our windshield.

We pressed on, through more snow in the high Mojave Desert of Arizona and further south until we hit 100 degree F (well into the 30s C) in Yuma, Arizona. At this time, we discovered that the flying rocks had also taken out the air conditioning in the cab. After a few days of trying to stay cool in the shade, we realized we were in the hottest temperatures we had ever experienced on our winter trips.

We headed east to Organ Pipe Cactus National Monument, and the heat became even more intense. After several days enjoying the flowering cacti – and more searing sun than Yukoners can truly enjoy – we opted for New Mexico. Elevations are higher and hopefully cooler. On the way, we discovered that repairs on the air conditioner would cost $1,600 USD. We also discovered that it would also cost $1,600 CAD (30% less through the wonders of international currency exchange) if we put off repairs until we were back on Canadian soil. We decided that if New Mexico temperatures were a little more bearable, we would wait.

New Mexico was cooler. The desert was in full bloom; we had not seen anywhere near as many flowers in the previous nine years, and my Nikon was getting a good workout. We revisited several parks we had enjoyed before, photographed thousands of petroglyphs, and noticed we were nearing White Sands National Monument. It had been on our “bucket list” for several years! The White Sands area has been an
atomic (and other) missile-testing range since the Second World War and is still active today. Signs indicated that some roads might be closed due to testing.

The park was great. Families were flying kites, sledding down dunes, and generally having a great time in the sand. I photographed more desert plants, and took some shots of the children having fun, and then we moved out of the park to over-night in a newly developed RV park with only five sites.

Only one other space was occupied. We were informed that it was a long-term rental by a technician maintaining computers on the missile-testing sites. His wife told us he had been called back “for some sort of emergency”.

When we have wifi, we check in with the kids, so we asked our son, who is also in IT, what he thought. He jokingly replied, “I think you should get as far away as you can, as fast as you can.”

We were out of there by sun-up. As a result, we now know our Unity is not rock proof, but we donʼt know if it is bomb-proof or not. But, we are home safe and sound. We have had our Triple E RV (our second one) for a year and a half. It has almost 60,000 kilometres on the odometer. We have enjoyed almost all of them.

Bomb-proof or not, Triple E makes a fine RV.

We have had our Unity (second one) for some time now. It has almost 60,000 kilometres on the odometer and we have enjoyed almost all of them!