A Winter Visit to Virginia Beach 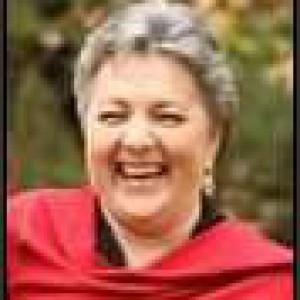 Editor’s Note: Robin North is a member of LTV’s sponsored content team, The Leisure Explorers. Do you own a Leisure Travel Van and enjoy writing? Learn more about joining the team.

February may not be the most popular time of year to visit a beach destination on the Mid Atlantic coast. Typical winter temperatures and the breezy nature of a coastal city can bring tears to your eyes as you stroll the beach. But, our first day in Virginia Beach was an anomaly. We had temperatures nearing 70 degrees, bright sunshine, and just a light breeze that made the day a spectacular respite from the winter cold.

The wide boardwalk along the beachfront is actually concrete rather than wooden boards but it retains the charm of a seaside promenade. There is also a separate path for bikes running parallel to the boardwalk which is divided by a low hedge. No dodging bikes here!
The beach is spacious – a long stretch of sand with plenty of room for umbrellas, volleyball games, and sandcastles. We sat down on one of the many boardwalk benches to view the sea and noticed a section of beach with what looked like a rather large jungle-gym set. Reminiscent of a scene from Venice Beach in California, people came to work out on the rings, balance beams, parallel bars, and ropes. It was amazing to see such a display of strength and coordination from everyday people!

Looking down the length of the boardwalk, I saw a very large statue. It was a depiction of King Neptune, trident in one hand and the other resting on the back of a sea turtle. The base of the statue was covered in sculpted sea life – a huge lobster, an octopus clinging to the side of the statue, two dolphins, and a school of fish swimming around the middle. I stood next to it and was dwarfed by its 34-foot height. This statue was designed by Paul DiPasquale, sculpted by Zhang Cong, and was created in 2003 for the annual Neptune Festival. It is beautifully detailed and impressive in its composition. I think I would have visited just to see the Neptune guarding the beach and ocean beyond!

The boardwalk is lined with hotels and restaurants all with views of the ocean. Just a block over shops and local businesses offer just about anything a vacationer might need. Guesthouses, B&Bs, as well as beach homes for rent all provide accommodation for those without an RV. Of course, there are several campgrounds in Virginia Beach in nearby Chesapeake and a few closer to Norfolk.

The day was just spectacular and we finished with a stop at The Beach Pub – a family-owned restaurant featured on the Diners, Drive-Ins, and Dives television show in 2011. Not a fancy place, but quite comfortable and the staff is super friendly. The fish and chips were terrific and we wrapped up the day with a walk on the beach at sunset.

The next morning there was more than a slight nip in the air. The temperatures had plummeted from 70 degrees to 30! The wind whistled between the tall hotels making a walk on the beach a bone-chilling experience. This would be an “inside day” but what is there to do at a beach resort in the winter? The kind folks at the Virginia Beach Visitors Bureau came to our rescue with an array of options. We began with breakfast at the historic Cavalier Hotel. This lovely Jeffersonian-styled building is impressive as you approach and gets more so as you are welcomed inside by a uniformed doorman.

When it opened in 1927, it had every imaginable amenity for guests from a salt-water indoor pool to luxurious guest rooms and an oceanside beach club. That beach club became an attraction in itself as the most popular venue for big band entertainers from Cab Calloway to Glen Miller, to Benny Goodman.

In 1942, the hotel was conscripted by the U. S. Navy as a site for a radar training school during World War II. The posh hotel furnishings were removed, the pool emptied, and every space was transformed into either training classrooms or living quarters. After World War II, The Cavalier fell into disrepair as vacation tastes changed from luxury “resorting” to more casual getaways.

Over the years, multiple ownership changes and insufficient renovations left it in desperate condition. When it was sold in 2012, most of the bidders planned to demolish it, except for one. The Cavalier Associates planned a meticulous restoration and renovation which would bring the grand old resort back to its former glory.

Reopened in 2018, the restored hotel is lovely. Stately brick front with tall pillars at the entry, the circular lobby is a nod to its time featuring a domed ceiling with a crystal chandelier. In the main lobby space, plush couches and chairs create comfortable and quiet nooks for conversation surrounded by art and views of the indoor pool on one side and the gardens on the other. There is a self-guided tour of the property that lets you relive the golden era of this grand hotel.

Our next stop was the Association for Research and Enlightenment, founded by psychic Edgar Cayce. In 1903, Cayce gave his first psychic reading for his own medical condition affecting his voice. Once healed, he began giving readings to others. He is one of the most documented psychics in the country with a full archive of his medical readings and life readings housed in the ARE Library.

Cayce came to Virginia Beach to open a hospital in 1925 choosing the location based on a recommendation from one of his readings. The hospital building remains today, renovated for use as a spa and treatment center. Outside, the front porch offers a lovely view of the ocean and an expansive stone labyrinth for walking contemplation. Today, preserving the legacy and readings of Cayce, the ARE offers classes and programs both at their headquarters and online as well as internationally. They also offer guided tours at the Association every day at 2:00 pm to help visitors get acquainted with the archives and library.

After a good lunch at a little sandwich shop called TASTE, (really amazing sandwiches!) we chose one more stop for the day;  The Military Aviation Museum. It houses one of the largest, private collections of World War I and World War II-era aircraft. What began as one pilot’s dream of owning and flying a vintage aircraft grew into the collection in the museum today. Each plane has been restored, often using original parts, many even remain air-worthy, and are used for flight demonstrations, air shows, and rides to visitors during their “flight season” in April through to October (by reservation, of course).

I was taken with a Wright Brothers aircraft that sported a chair between the biplane wings with the engine sitting next to it – what a way to fly! But there is so much to see – the museum has five hangars filled with amazing one-of-a-kind aircraft. The aircraft were found by the museum in many countries, often in very poor condition. The restorations are done in a variety of places internationally but the routine maintenance is performed at the museum’s “Fighter Factory” in Virginia Beach.

We were so close to the water, but the cold weather keeping us indoors didn’t mean we had to miss the ocean. The Virginia Aquarium and Marine Science Center is worth an afternoon to tour the collection of sea and land creatures. From sea turtles and sharks to stingrays, jellyfish, Komodo dragons, snakes, and more, the aquarium is, well, a “submersive” experience (sorry, I couldn’t help myself!). The exhibits are lovely but the walk-through aquarium tunnel is the main attraction. The all-glass tunnel lets you walk along the bottom of the “ocean” and see the fish around and above you. It is a delightful experience. The knowledgeable staff was stationed throughout the displays to answer questions and point out characteristics of the sea life. I was watching a couple of stingrays swimming in a shallow, open tank and one of the staff encouraged me to put my hand in the water. As I did, one of the rays swam around to me and slipped under my hand and, as it swept past, I touched its back – The skin felt like wet bologna!

The next morning it was very cold and breezy. Even so, we walked for a while on the beach to watch the sunrise and then soon retreated indoors! It was our final day in Virginia Beach and we wondered what it would be like to visit in warmer weather. Our friends at the Visitors Center gave us a list of things to do in spring and summer. There are events and festivals – one of which is a world-class surfing event.

The East Coast Surfing Championships have been held in Virginia Beach for 60 years. It is the longest continuously-running surf contest in the world and at least a couple of the winners have been from Virginia Beach. However, the event is not just for surfers, there are a variety of activities for the whole family surrounding the Championships. Might be fun to come back in August to see what it is all about!

Virginia Beach in winter was surprisingly fun – even without the beach. There is a lot to discover from the beautiful beaches, plentiful restaurants, and fascinating attractions. If you’re looking for fun on the water, try a whale-watching excursion (especially in winter and spring) where you are almost guaranteed to find Humpback whales plying these waters. Nearby, you can explore Norfolk and tour its amazing murals or the rolling farmlands of Chesapeake, situated in the Virginia Birding and Wildlife Trail which is considered one of the best “birding” spots in the country with over 213 species of birds.

We often camp in winter and it is a pretty good time to visit many places as there are no crowds, no lines at restaurants, attractions, or on the beach. The people are friendly and seem glad to have visitors during this slow season. That gives them time to talk to us, tell us why they love the area, and find out where the locals’ favorite spots are. Campgrounds are also less crowded and off-season rates are more affordable. We found a KOA and a lovely resort named North Landing located just south of the boardwalk area and situated on the water.

On our last evening in town, we indulged in our seafood cravings at Waterman’s. Their crab cakes and seared tuna are exceptional and I “hear tell” they make a terrific “Orange Crush” cocktail! Our table overlooked the beach. With a full moon rising, it was a stunning sight and the perfect conclusion to our winter visit to Virginia Beach.

Robin took a year off from work to determine how she wanted to spend the next chapter of her life. She and her husband Jim traveled the year in their LTV UnityMB and enjoyed the lifestyle so much, she never went back to her job! Now part of the Leisure Explorers Team, a full-time blogger on BeachNana.com, and author of the "Small-RV Ninja" series of RV guides (available on Amazon.com), she shares what she has learned about the small-RV travel lifestyle.