On the Road with Al and Ev – Carlisle, PA 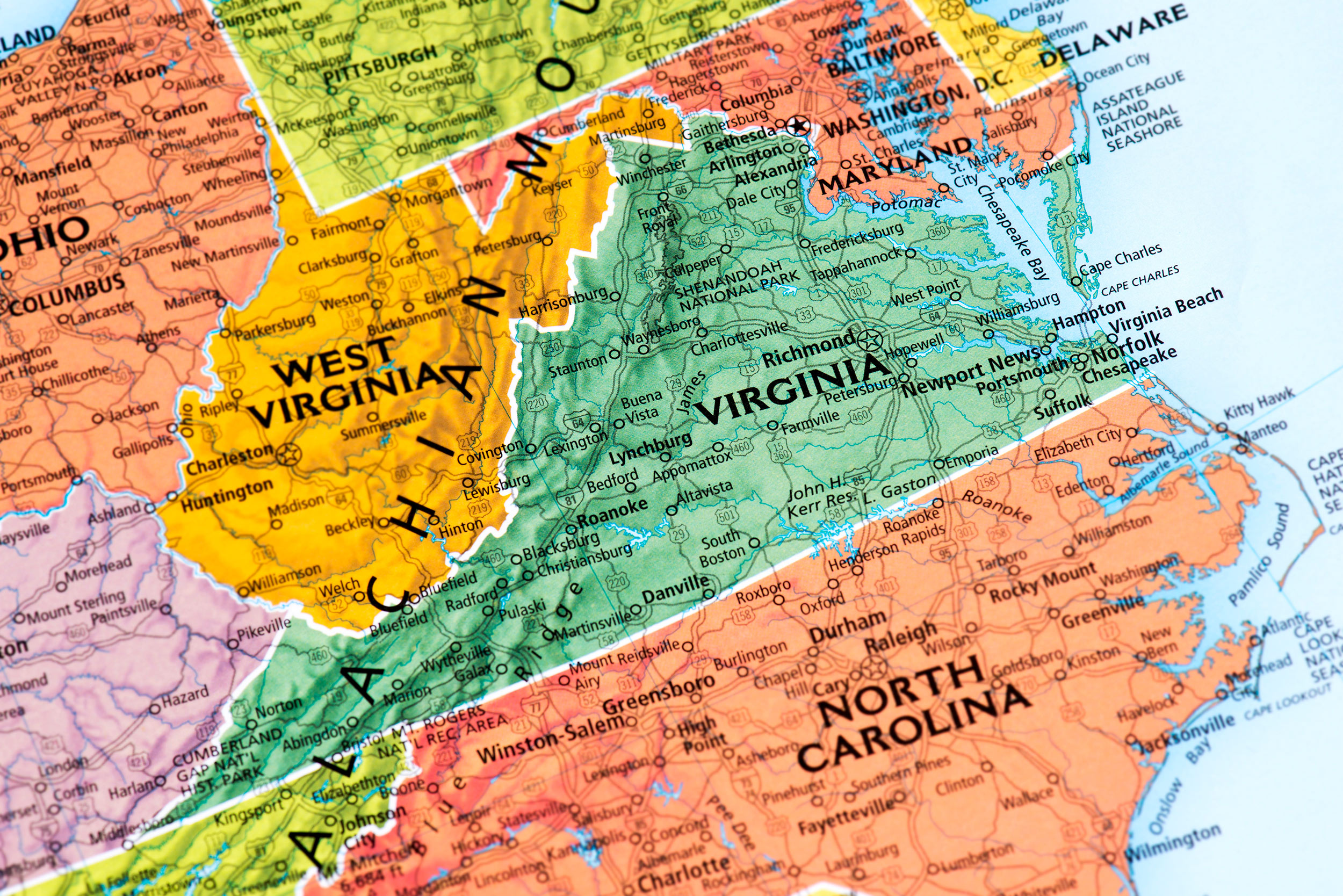 Yes! we’re back to our “up and at ‘em” routine because the city is encroaching on our rural personalities. In Sarasota, traffic consists of waiting for a second light. In Waterville ME there is no such word as traffic. Here today Allie had to make an executive decision about what route to take. Sally Mae of GPS fame wanted us to go through Washington, heading North on I95, but Al would have none of big city traffic during the morning commute. So he decided to head South back toward Richmond, pick up I64 West, then I81 North, ditching the big cities all the way.

It was a wonderful 300 mile day, clear and beautiful, with comfort stops along the way. It’s always necessary to feed the RV and its passengers, but mostly the RV. You don’t want to be driving through foothills of mountains and run out of gas. Here we are in Carlisle PA with another shoutout to Bobby who went to Dickinson College. This surely is a college town, making Bobby’s hometown of Wayland, MA look like Paris.

The traffic toward Richmond began to thicken with trucks, cars, and soon a sextet of black-clad and helmeted motorcyclists adding to the anxiety. It was short-lived. Sally Mae, somewhat annoyed with Allie for his disregard of her, made the GPS readable only sideways. You can’t fool Mother Technology!

Let me tell you a bit more about the battle of the Driver Man and the GPS Woman. Once he had made the decision to ignore her and go his own way. She never quit telling him to make a U-ee, go the other way, head North through Washington, etc. He just smiled and pulled the plug. It was easy. Once he was established on his new route, he plugged her back in. Defeated, she had recalculated and was now on our route, all smiles, giving him directions as if nothing had happened. Perhaps humans could really learn from computers about hard feelings. 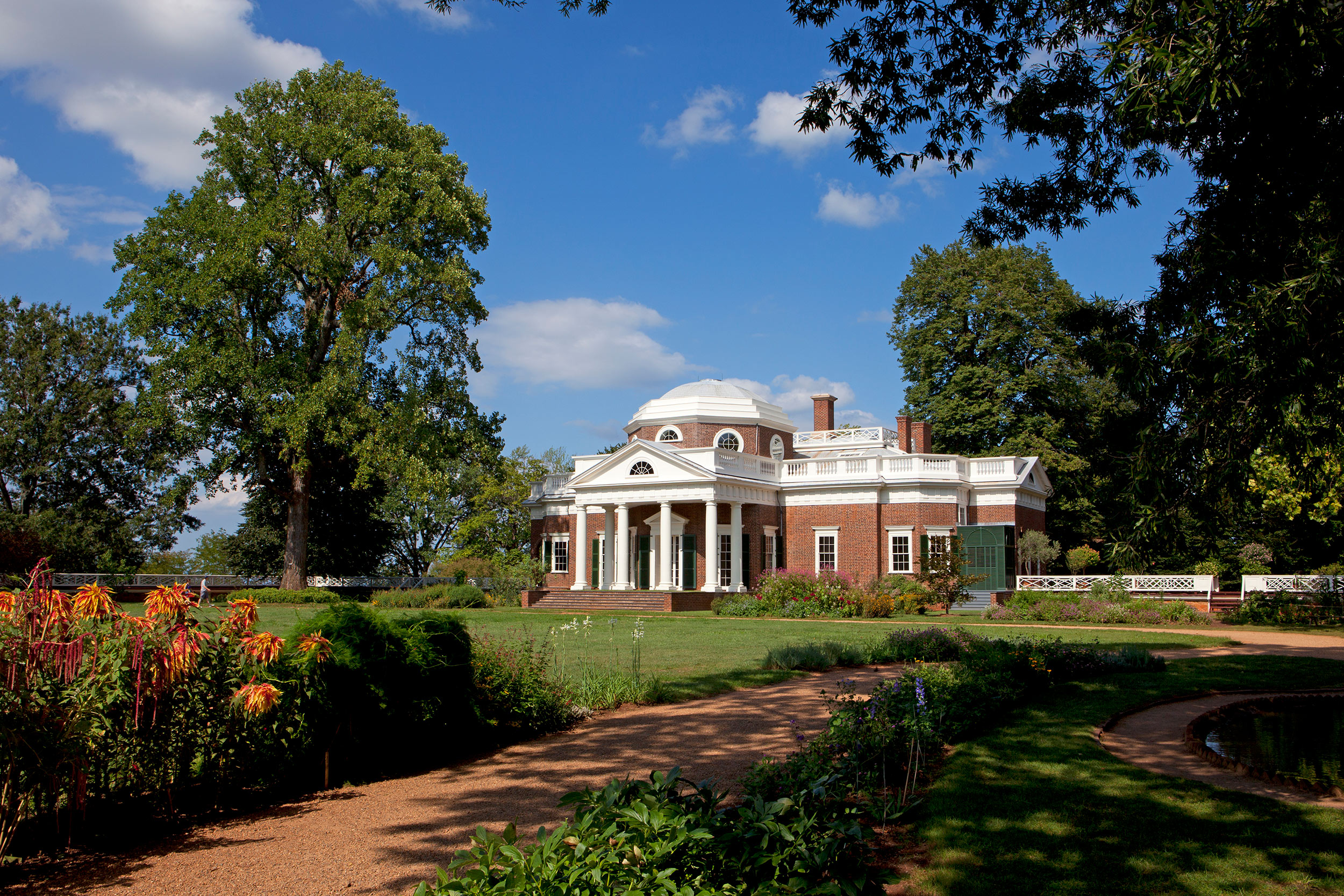 Virginia is gorgeous. The trees are green, the grass is green. Perhaps it rains in Virginia even when it doesn’t rain elsewhere. No road signs at all. Even the signs which tell us about food/lodging/gas at exits are located on the exits, not the main highways. So it’s take your chances and trust us. Anything for beauty.

Virginia has a proud history. From the AAA Guidebook: Virginia thrives on its past. Seven presidential homes, two Colonial capitals, more Civil War battlefields than any other state…

Visitors can enjoy Jamestown, Colonial Williamsburg, the Museum of the Confederacy. Monticello, the University of VA, or go to the mountains and drive along the Blue Ridge Parkway or Skyline Drive. We have done both. Today finds us on roads in the foothills of the mountains, enjoying the scenery, looking up.

Once again in need of diesel, not always available at all gas stations, we go on a hunt. Once you leave the highway you have no assurance that the station you’re looking for is close by. In Virginia, you can be sure it’s not. So you go touring, hunting for the green pump. We finally find it in Crozet, VA, nine miles from the Skyline Drive. It’s a charming small town which we enjoy as we wend our way back to the highway.

“Are we on good terms again, Sally Mae?” asks Allie. She smiles, sideways. We pass the Virginia School for the Deaf and the Blind, the Woodrow Wilson Presidential Library, the Stonewall Jackson hotel and the American Shakespeare Center. A shoutout to Ian’s children as we pass their town, Harrisonburg, and their school, James Madison University.

If you care about stats, here’s the scoop on diesel: the prices range from $2.29 to $2.79 a gallon, both in some states. Our mileage ranges from 12 mpg to 15 mpg, depending on the traffic. On the tough days it was 12 and on the good days it was 15. Moving along is what the rig likes to do.

Welcome to West Virginia, says the sign, and for the first time we see roads that need repair. Virginia had none. I just have time to muse about how good most drivers are. They stay in their lanes, they are courteous, obey the speed limits, and accidents are few and far between. Good thing. Otherwise there would be mayhem on the roads.

Here is Maryland and Mason/Dixon Road. I Google the Mason/Dixon Line and find it was surveyed in a dispute between Maryland, Pennsylvania and Delaware in Colonial America. Naturally, the surveyors were Mr. Mason and Mr. Dixon. Good work, guys.

There’s barely time to read the info before we see “Welcome to Pennsylvania, the State of Independence.” Molly Pitcher highway comes next and another trip to Google. If you already know, skip this part. Molly joined the army in the Civil War, and, when not fighting, she served water to the troops, presumably in pitchers. I won’t comment on her dual role.

I look around and really do see spacious skies, amber waves of grain and purple mountains majesty. No fruited plains in sight, at least not right here. Factories for grain, harvesting equipment, truck stops, truck stores, and acres of hay dot the landscape. Here is our exit, to Carlisle, a college town surrounded by orchards, farmers’ markets, BBQ restaurants, hay fields, antique stores, and farms. We find our RV park, although it’s a long way from the highway, we are comfortably settled for the night.
Tomorrow, Day Five, is the big one. We’re on our way to Saratoga! More about that tomorrow.