On the Road with Al and Ev – The Carolinas 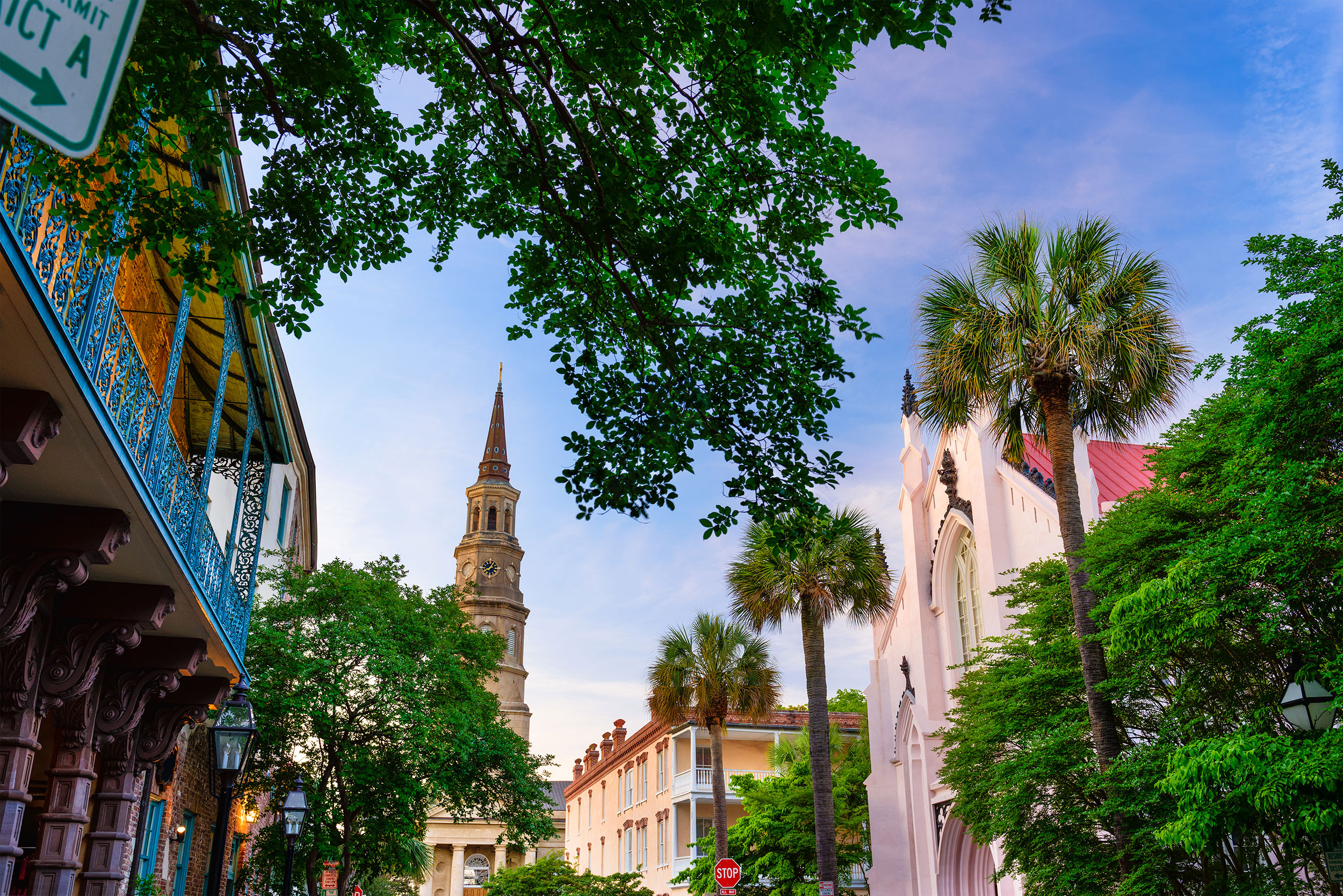 It was a beautiful day traveling in Georgia, South Carolina and here in North Carolina. We planned on 325 miles today and we didn’t plan on another jam like the one we had yesterday. As my father would have said in Yiddish: “Mensh tracht and Got lacht.” Translation: People plan and God laughs. Yes, we were in another one today. This one was only an hour and a half instead of two and a half. More to come.

Passing the exit to Jekyll Island, Allie and I reminisced about our Elder Hostel days. We went to quite a few, some extraordinary and some only ordinary. The one at Jekyll Island was spectacular. I still remember the speaker who showed us slides (now you know how long ago that was) of the coast line beaches. He showed the before renourishment, the renourishment, and the after. In three years the beaches were devoid of the expensive sand, and the sand was long gone back to the ocean or to other beaches far away. You can’t fool Mother Nature.

We see signs for watermelon wine, peach cider, boiled peanuts and Smoking’ Pig, and BBQ Joint. Low country is endless, making us think of the great Tom Conroy and how much we enjoyed every one of his books. In fact, when he died, Allie bought them all over again and reread each one. We think he was one of the greatest writers of our time, certainly of his native land.

South Carolina is long, quiet, not inspirational, but we did give a shoutout to Ellen Flynn, daughter of our good friends the Whitmans, who lives in Beaufort. A smoky fire smell greets us but we don’t see the fire. It’s no wonder the woods are burning as it’s been so dry. Pedro, with his many signs for the “South of the Border” hotspot just over the South Carolina line into North Carolina, gets my attention. They are numerous—probably one every mile for at least 100 miles, and each year brand new. And when we get there it’s a marvel—shops, museums, arcades, motels, playgrounds, fireworks, restaurants, zoos, mini golf, and more and more. But we don’t even have time to look it over, for here’s the traffic jam, two lane, bumper to bumper and truly not moving. I won’t bore you with our boredom—you get the point.

The highway we traveled on is called the Purple Heart Memorial Highway, which calls for a story about my Allie. Having two purple hearts, about which he never talks, he has three purple heart license plates—one on our RV, one on the Prius on Florida, and one on the Rav4 in Maine. He revels in those plates because they continue to get him out of trouble. One story in particular. He’d been driving over the speed limit (dare I call it speeding?) and a policeman sirened him over to the curb. He growled a bit, then went to look at the license plate. He came back, smiling, extended his hand, thanked Allie for his service and said, “You survived the Big One, why should you die in an automobile accident? Slow down and consider this a warning.” Allie grinned. His plate had saved him again.

I tried to do a little shopping at “Your Pantry” at a gas station in SC. It was dazzling if you liked to drink. The whole store was walls of soft drinks. The whole interior was rows of wine, beer, liquor, and moonshine. And the ice cream—“Alcohol Ice Cream—Must be 21 or over to buy.” That left two rows of candy and cookies. So much for shopping.

And here we are, finally, in Lumberton NC, comfortably settled in in our RV park for the night. A long day, but we’re happy now, settled in, and about to have a pickup supper.